When I first started backpacking I put a lot of research into building my perfect backcounty tripod, and it worked pretty well for me for a number of years. However, after having issues with the legs on the Feisol tripod that I was using, I decided to upgrade to a Gitzo Mountaineer tripod early last year. The Gitzo tripod works very well for me on shorter hikes and when I am not too far away from my Jeep, but it’s not really something I would want to carry on a long backpacking trip, so I started looking for a smaller, lighter and more compact tripod to fill that role. After some more research I decided to go with a SLIK Sprint Mini II because it’s very light weight and folds up to small compact size that fits nicely in the side pocket of my backpack. Plus, it is still solid enough to hold my DSLR (Canon 6D) with a typical lens steady. Below is a list of the specifications of this tripod with the important ones to me highlighted in red:

Before I purchased this tripod, I made sure that the ballhead that is included with it was removable. If I had any complaints about this tripod, it would be with the tiny ballhead, but I never had any plans to use it in the first place. In its place I still use the Acratech GP-s that I have used on all of my other tripods, since it’s a quality piece of gear that I like to use. This larger and more substantial ballhead adds a little bit of weight, but it’s worth it to me. The only other modification I have made is I have removed the center column to save a little weight since it is not a feature I would use with my heavy DSLR anyway. The center column comes out easily and could be installed again if it’s ever needed.

After bringing this tripod on a few backpacking trips, I have to say that it’s working quite well for me. It weighs so little that I don’t mind carrying it with me even if I don’t end up using it, which is exactly what I was looking for in a backpacking tripod. While not super tall, this tripod is tall enough for my needs and the legs are pretty solid for the weight and size. I try not to use the fourth section of the legs if I don’t need to, as they are the smallest and most flimsy. The plastic leg locks are easy to use and I like the padding on the aluminum legs. After adding the Acratech ballhead and removing the center column, my tripod weighs in at exactly 2.2 lbs. I would definitely recommend this tripod to anyone looking for a solid and lightweight tripod to carry on backpacking trips.

Here is a size comparison of my Gitzo Mountaineer tripod without a ballhead installed next to the SLIK Sprint Mini II with the Acratech GP-s installed. As you can see, it’s still much smaller than the Gitzo. 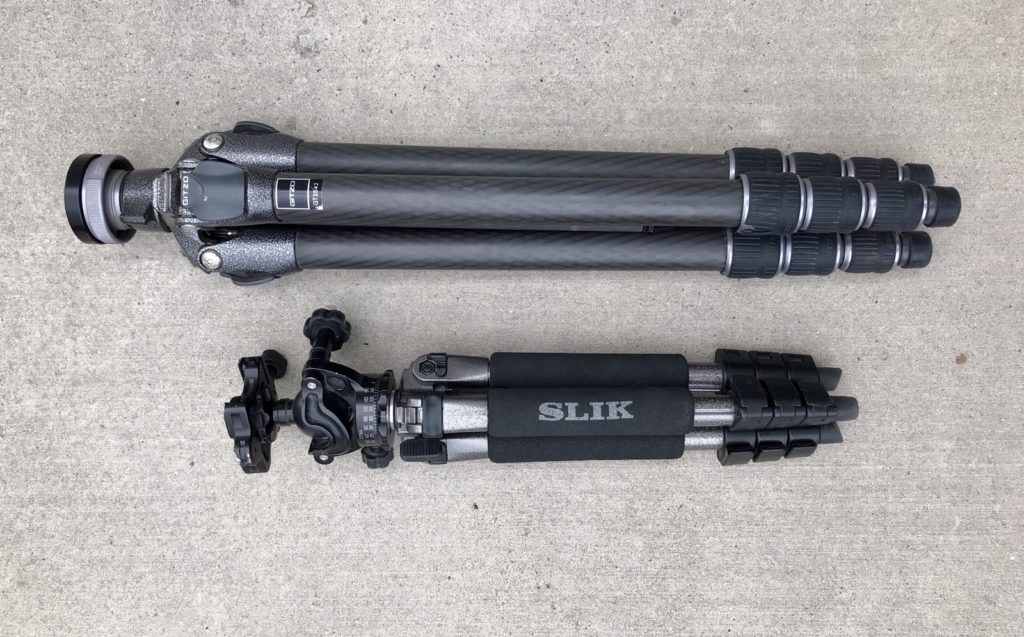 Here’s a stock photo of the SLIK Sprint Mini II that shows you what it looks like right out of the box. 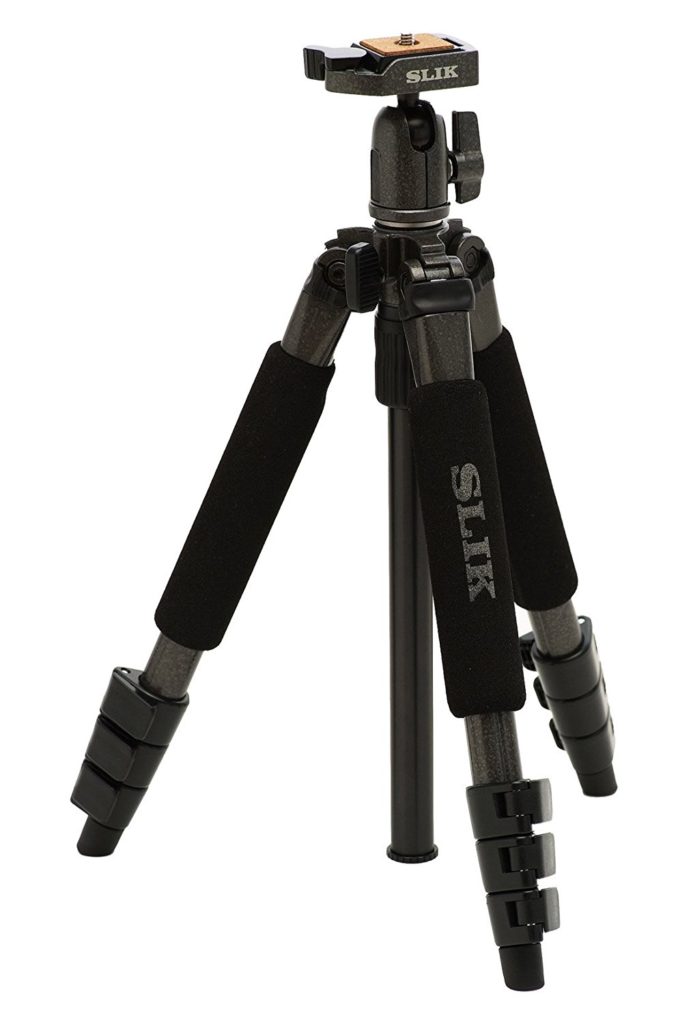 Published in Gear and Reviews