Since it’s been raining on and off all day I figured that it was a good time to install a few skid plates on my new Jeep. I must say, it’s really nice working on a brand new vehicle without all the dirt underneath falling in your eyes. Plus, all the skid plates I installed today fit perfectly and were pretty easy to get on. It’s nice when things go that way!

I started out by installing an EVO Manufacturing Evap Canister Skid. This was the easiest of the three to install and it went on quickly. I would have kept the Evap skid from my old 2010, but I found out that things had changed and it wouldn’t fit properly, so I left it on my old Jeep and just got a new one. 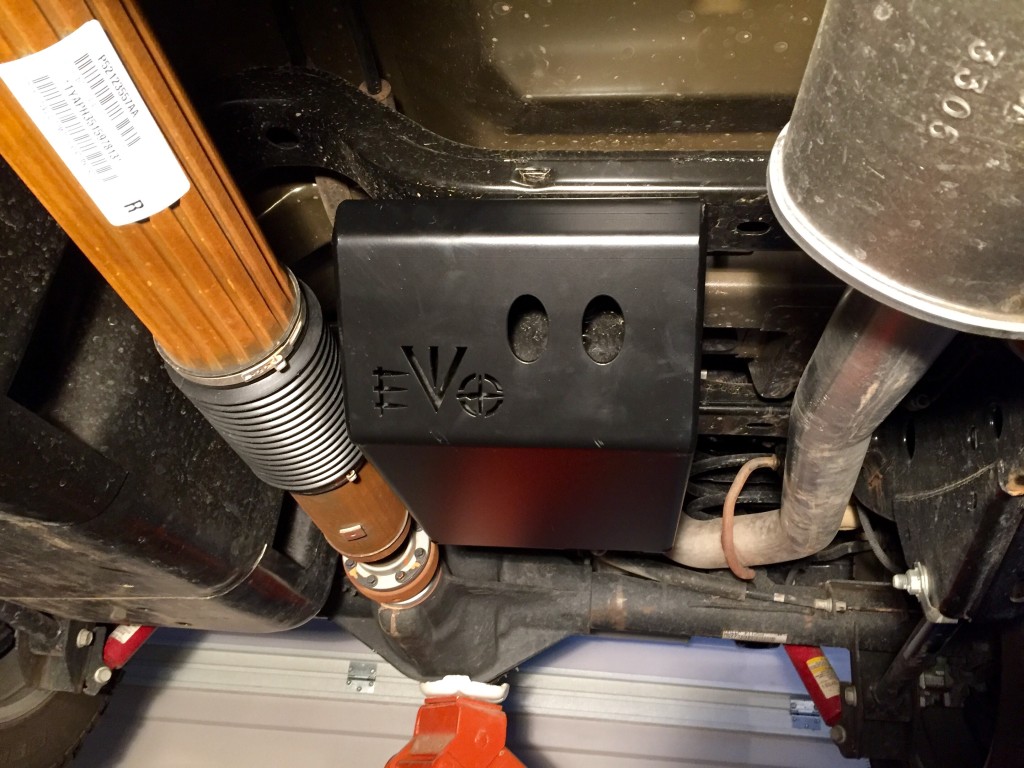 Next, I moved on to the Rough Country Gas Tank Skid. I did not have a gas tank skid on my old 2010, and I learned my lesson from that one. Not that I had any problems, but on the Unlimited the gas tank is the main thing you hit when going up and down ledges. The factory skid on my 2010 protected the gas tank, but it was smashed in pretty good and I know I lost some fuel capacity. I decided I would try and protect it on this Jeep a little better. 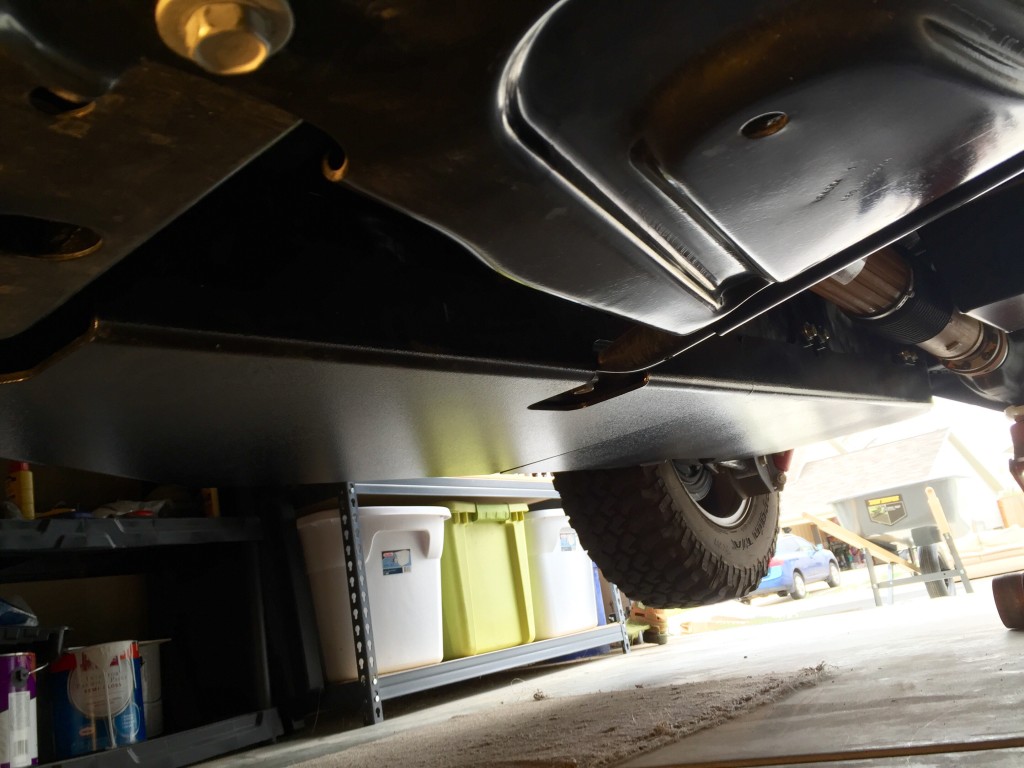 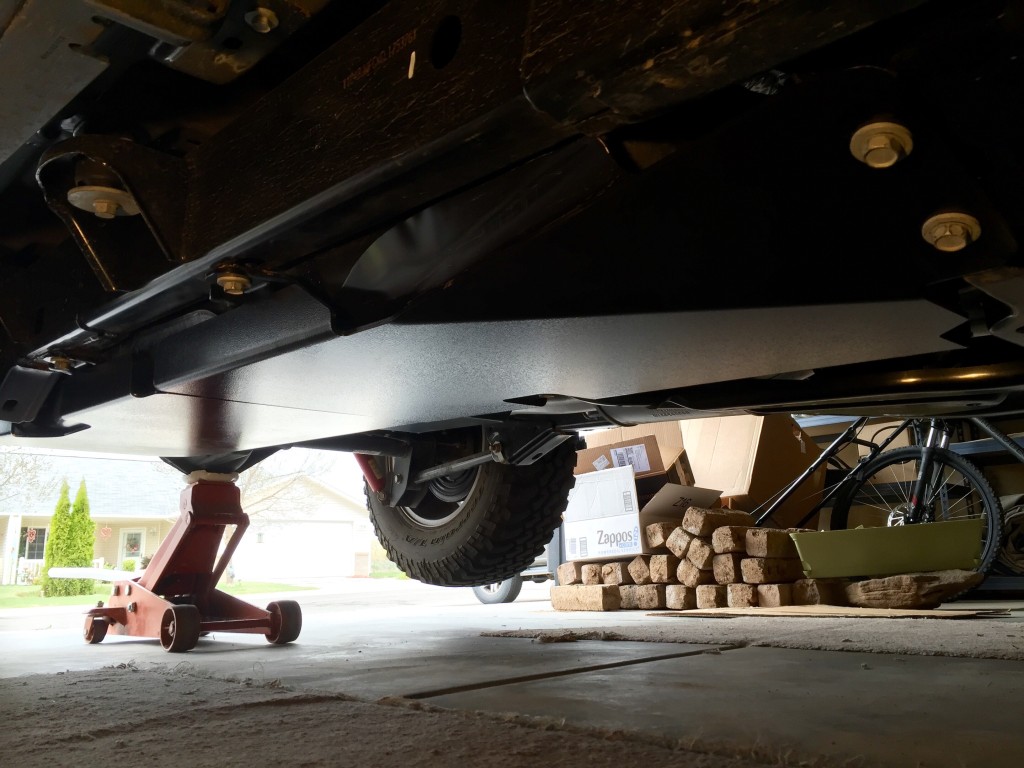 Nice and smooth under the gas tank with the Rough Country skid installed.

Finally, I reinstalled the Rugged Ridge Muffler Skid Plate that I took off my 2010 before trading it in. 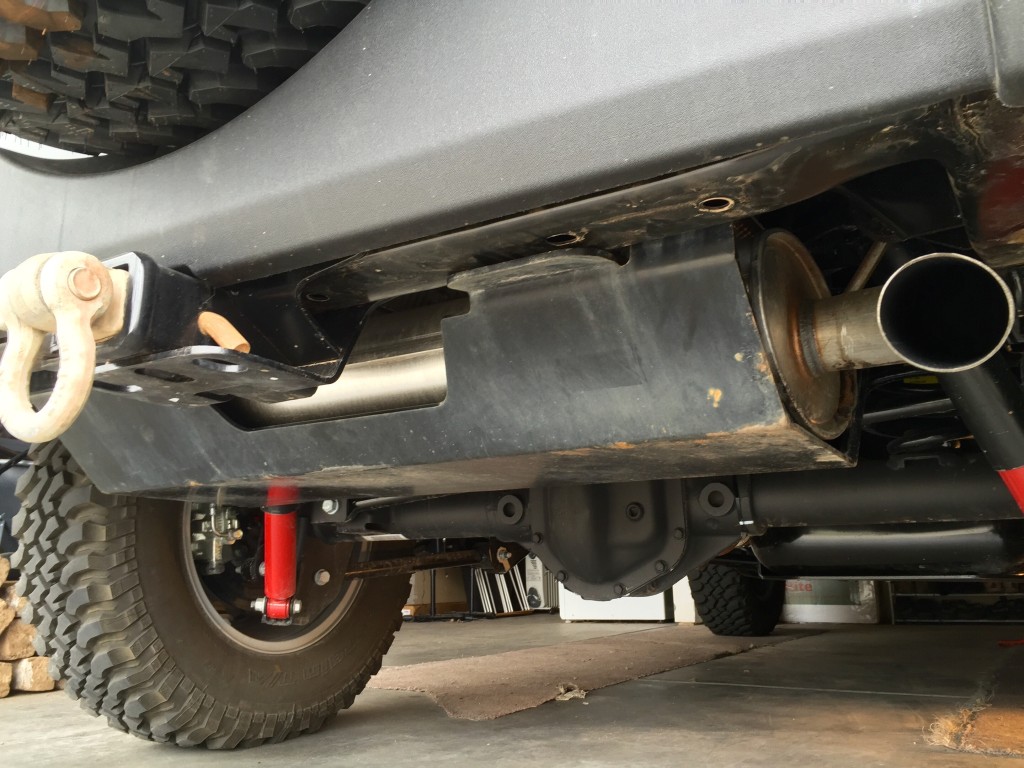