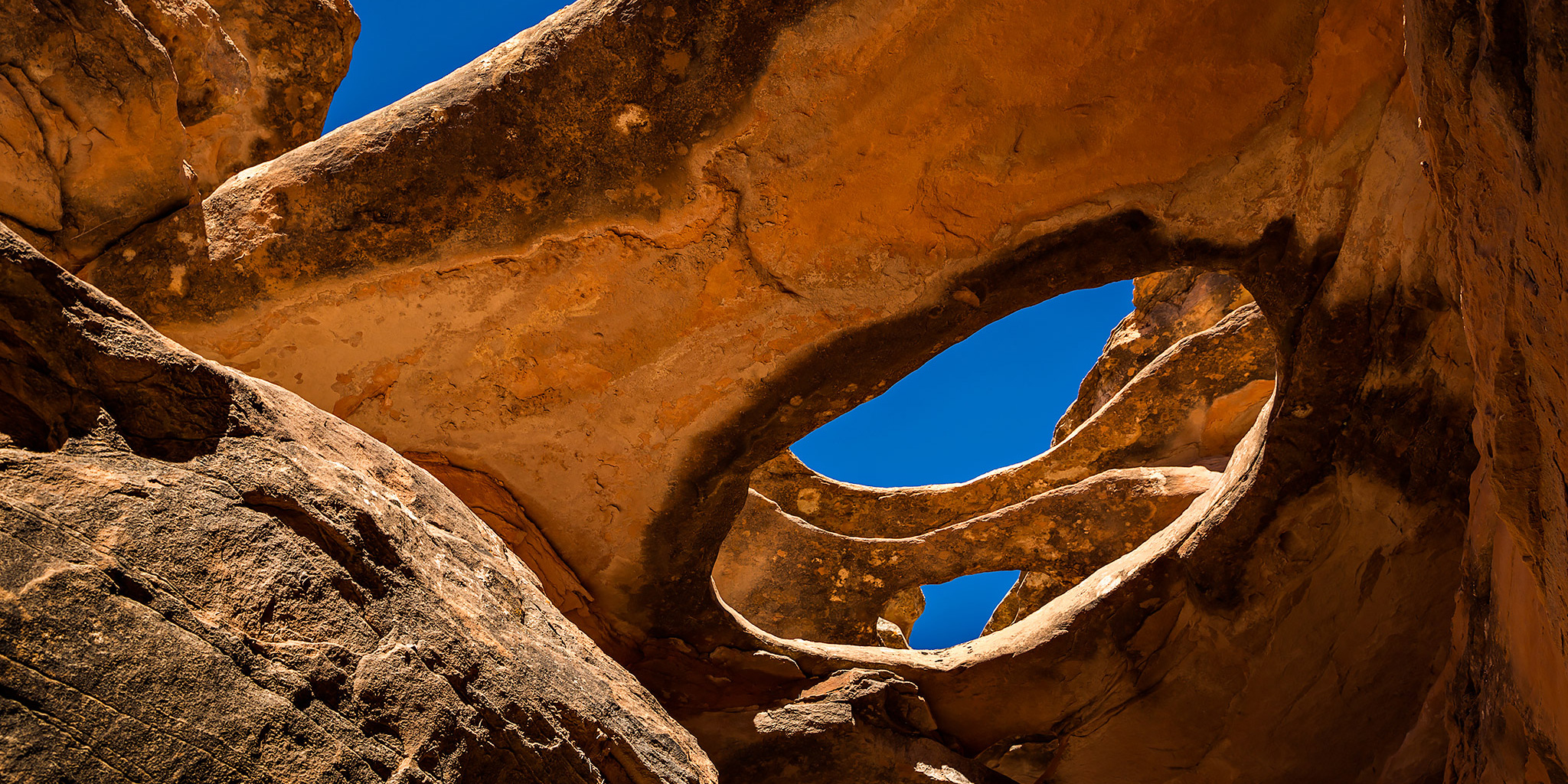 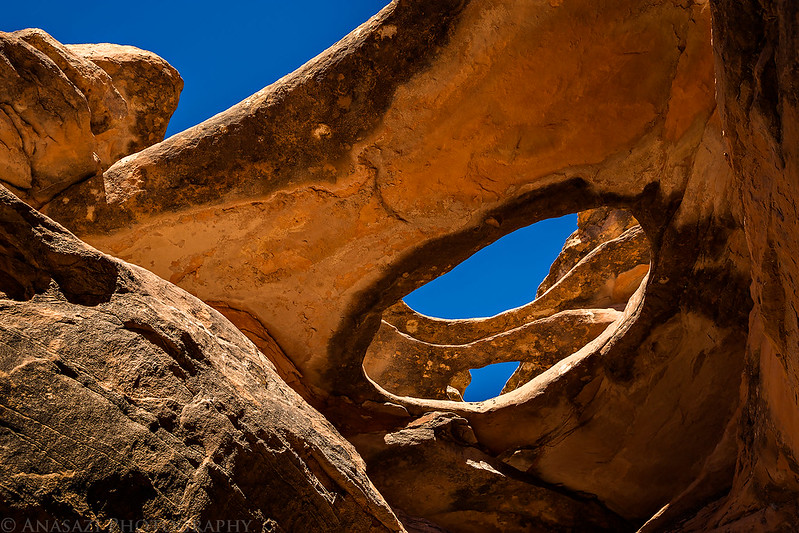 View from below the Triple Bridges in the Colorado National Monument.

The sunrise lights up the face of the Colorado National Monument. 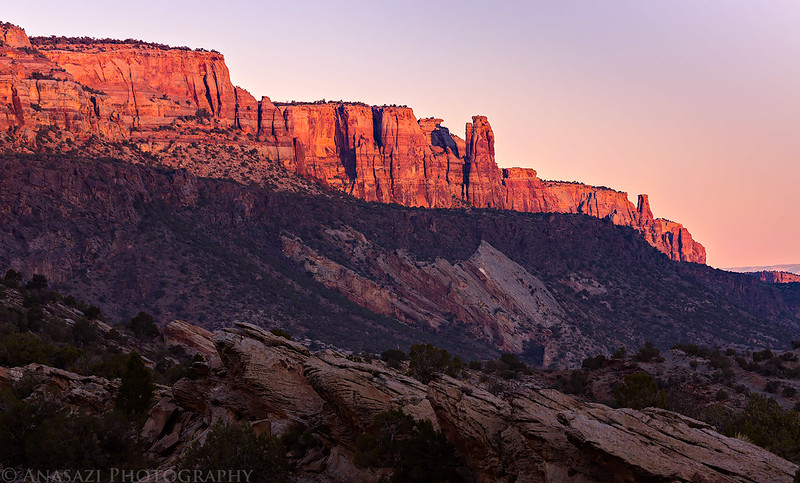 A nice view of the Triple Bridges from below. It was a little tricky getting to this spot below the bridges which required scrambling down into a short slot canyon that I needed Diane’s help to get back out of. We make a good team! 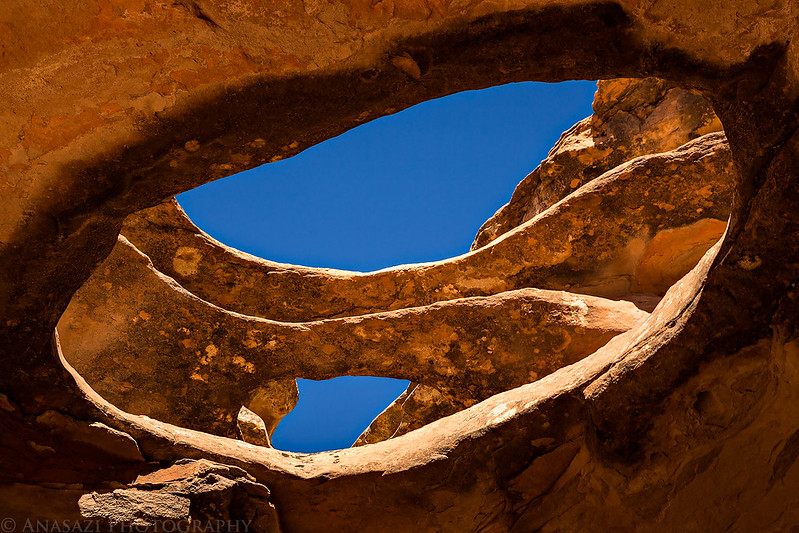 The short slot canyon that I needed to climb down into to get a better view of the arches. 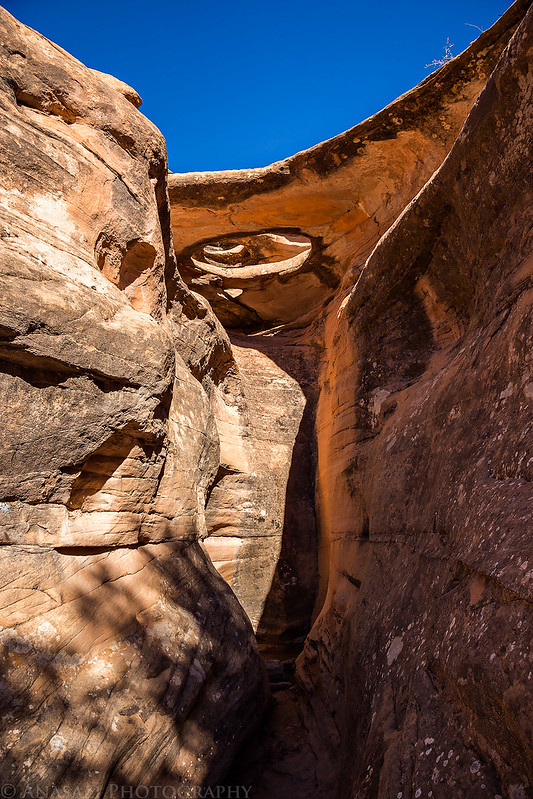 It’s a little difficult to tell what’s going on in this photo, but it’s a view down on the natural bridges from above. The shadowed portion right in the middle of the circle is where the new opening is beginning. 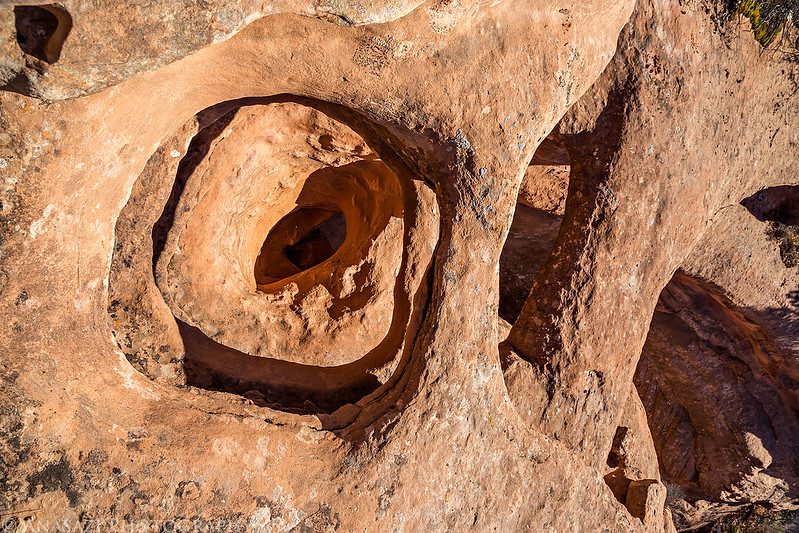 An interesting little pinyon pine tree growing up against a sandstone canyon wall. 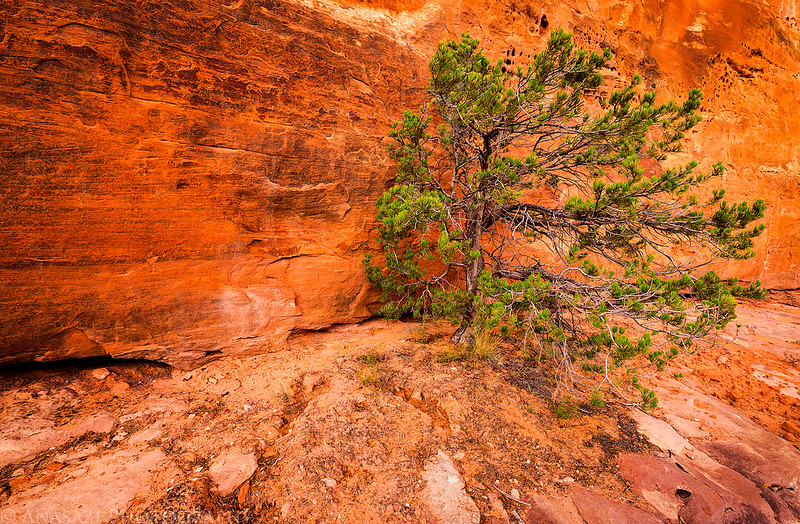 The Devil’s Kitchen surrounded by shadows. 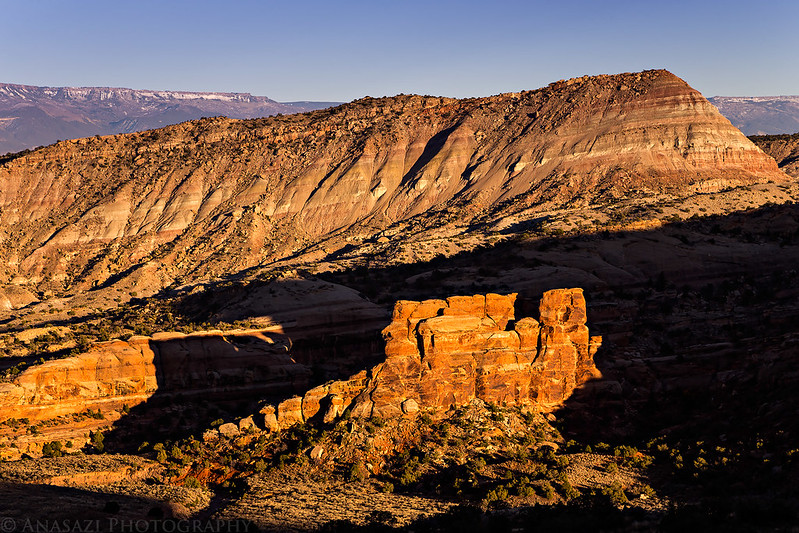