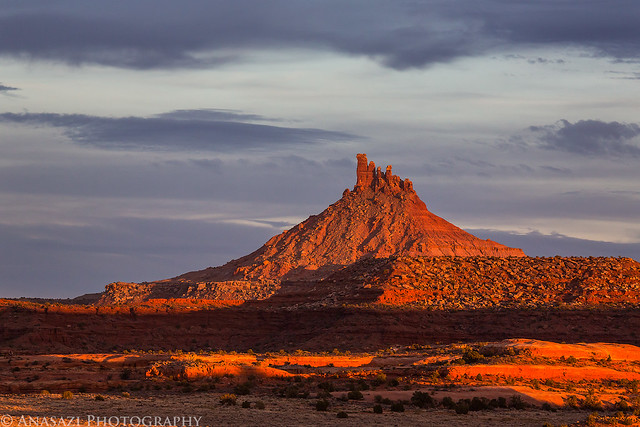 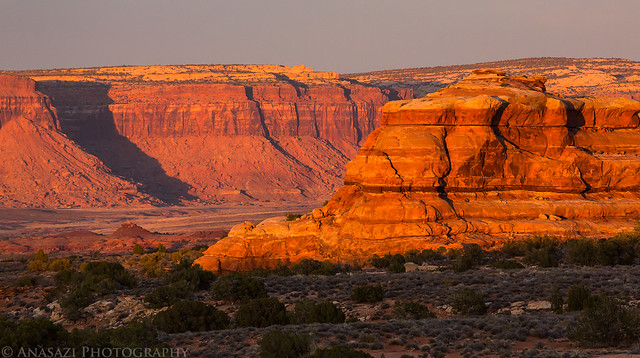 I was up very early on Saturday morning so I could get on the trail to Druid Arch before sunrise. I ended up leaving the Elephant Hill trailhead about an hour before sunrise. As I hiked along the trail I watched the darkness turn to a soft light. Clouds had moved in overnight so the sky was completely overcast this morning, so there would be no direct sunlight to light up the canyon above me. There were a few drizzles of rain along the way, but nothing heavy enough to even get me wet. I ended up making it to the arch in about an hour and 45 minutes…it was a brisk and rejuvenating hike. The springlike temperature was perfect and there was no wind.

When I reached Druid Arch I took a few photos and then sat in silence for a while. The peaceful silence was only broken occasionally by the call of a raven. With spires all around me I laid down on the cool sandstone and enjoyed the solitude. After about an hour alone, I heard a sound. It sounded like car tires on pavement, but I knew there was no road nearby. The wind had picked up significantly in the canyon below. Then is started to rain a little and the wind picked up around me, too. It was a good time to start hiking back. I could smell the rain all around me. I’d rather be disturbed by the wind and the rain than by the first group of hikers for the day, which thankfully I wouldn’t see until I was almost back to the trailhead. It was a great morning.

Looking back towards Elephant Canyon from Druid Arch. 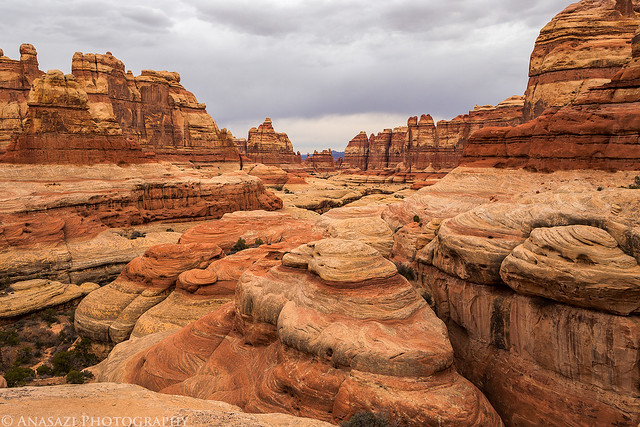 Finally! Druid Arch – I’ve wanted to hike here for years! Too bad it was overcast this morning. Guess I will have to return another time 😉 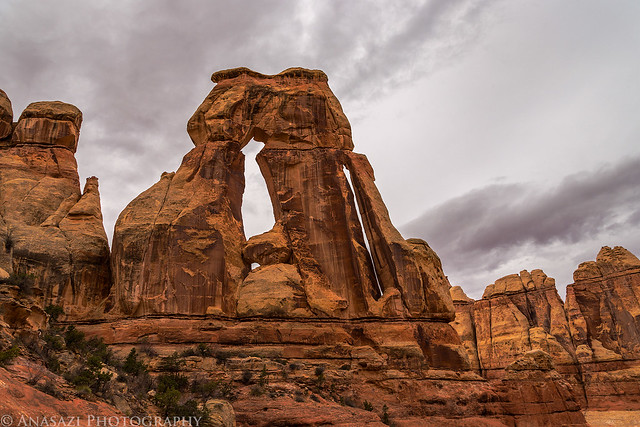 After returning from the hike I took my time and drove up to the Canyonlands Overlook in the nearby Canyon Rims Recreation Area. I have been to this viewpoint before but this time I wanted to photograph the sunset and then spend the night so I could catch the sunrise, too.

My campsite near the edge of the mesa. 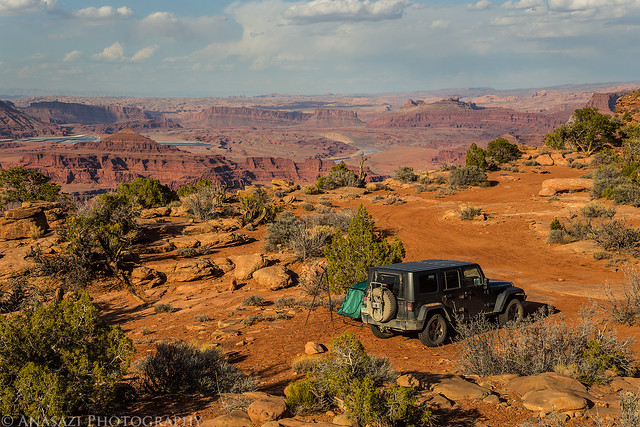 This is a great place to catch a sunset. 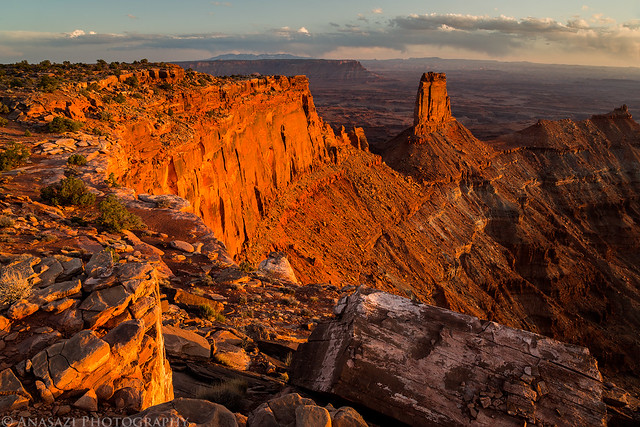 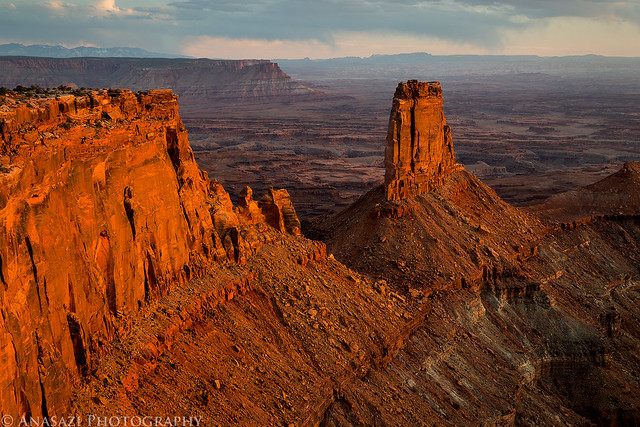 The following morning there were too many clouds in the sky which cancelled my plans of photographing the sunrise. After taking down my camp I decided to take a quick drive out to the Anticline Overlook since I was so close. By the time I reached the overlook the sky had started to clear up a little and the sun was shining.

Looking down on Hurrah Pass and Kane Creek towards Moab from the Anticline Overlook. You can even spot The Portal near Moab. 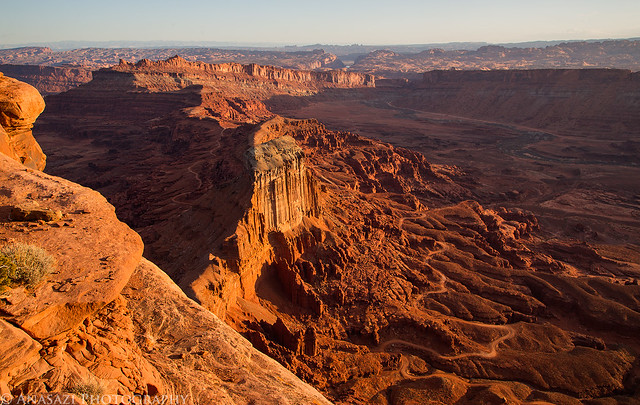 Edge of the mesa. 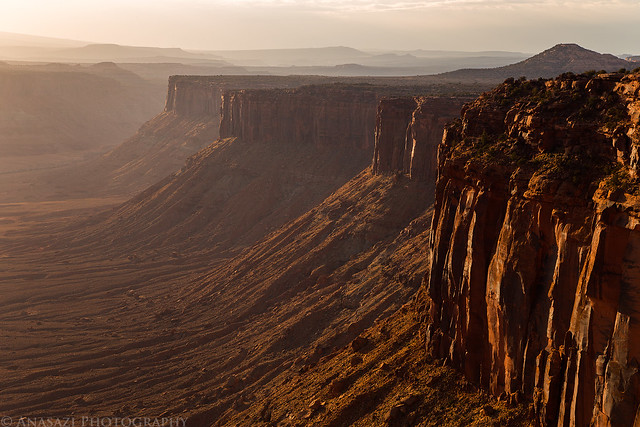 Another excellent weekend in the canyonlands region!