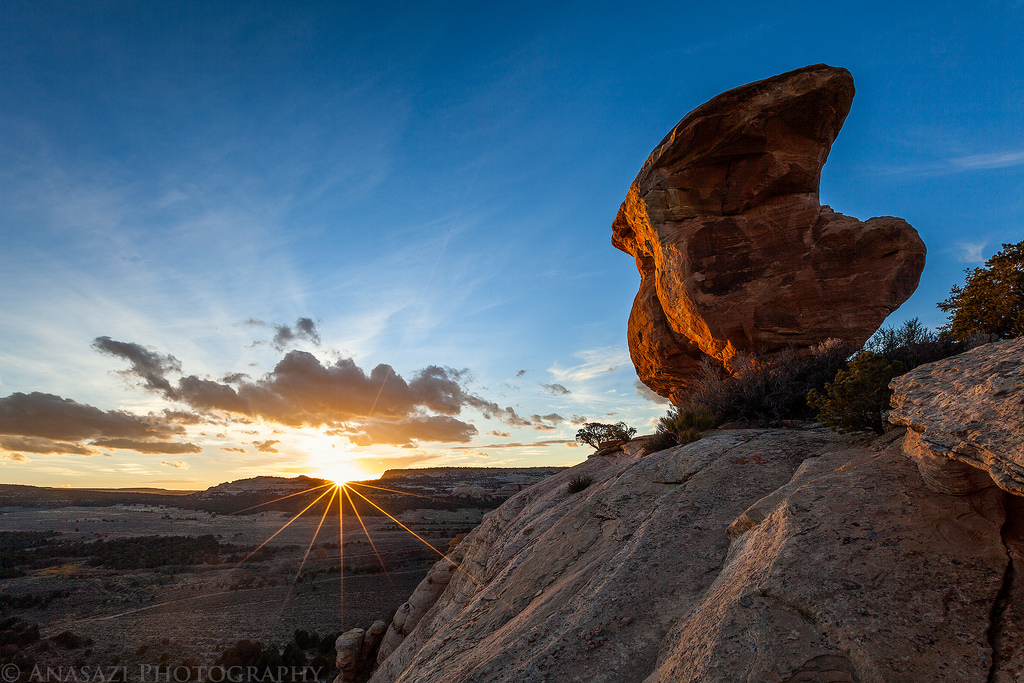 Miracle Rock in the dawn light as the sky behind briefly turned pink. 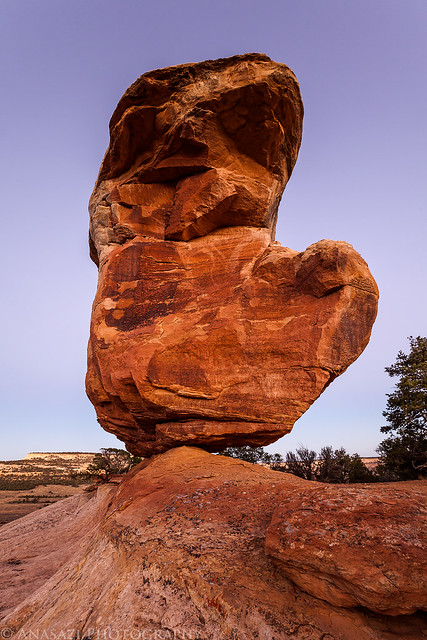 I waited around until Miracle Rock was all in direct sunlight, which took quite a bit longer to happen than I thought it would. I also caught the only tiny cloud in the sky that I saw all morning. 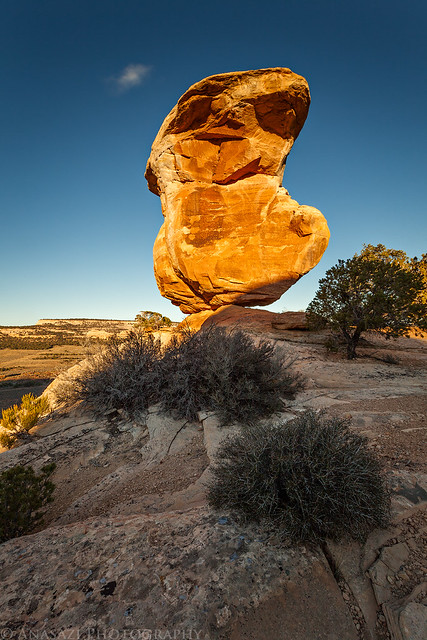 After work on Monday I noticed that there were some nice clouds in the sky which could lead to a nice sunset. I decided to head back up to Miracle Rock and try my luck at sunset that evening.

On my way up to Glade Park I stopped for this photo in the Colorado National Monument looking back towards the Grand Mesa. 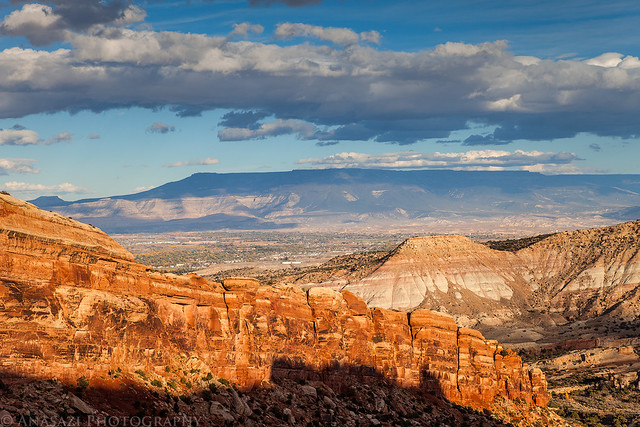 Unfortunately, by the time I made it up to Miracle Rock, a lot of the great clouds in the sky had moved on. Only a few clouds were left on the western horizon.

I took the opportunity to capture Miracle Rock with another sunburst as the sun started to dip below the horizon. 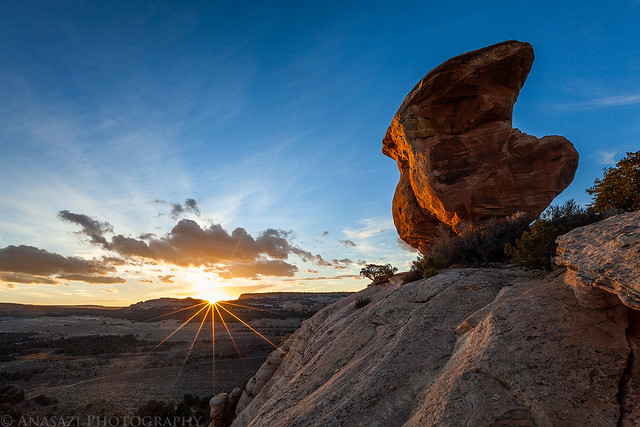 The sandstone amphitheater I was in did catch the warm sunlight nicely. 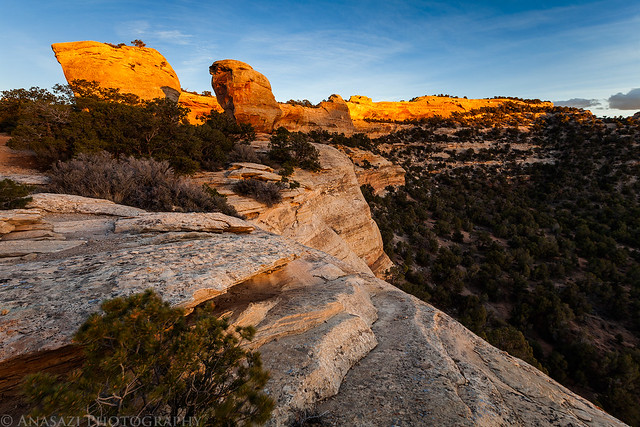 A view from under Miracle Rock towards the amphitheater. 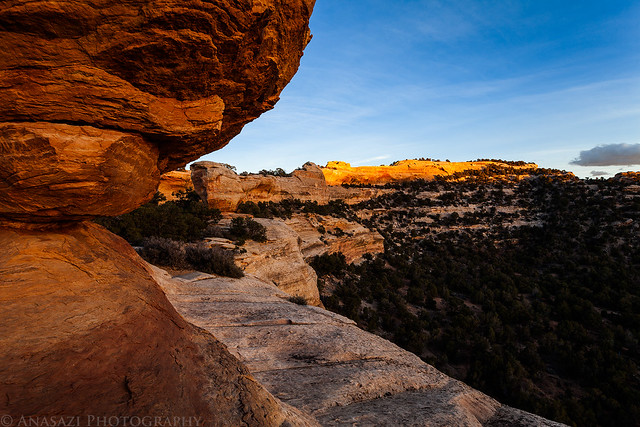 The clouds on the horizon caught a little color for a few minutes. 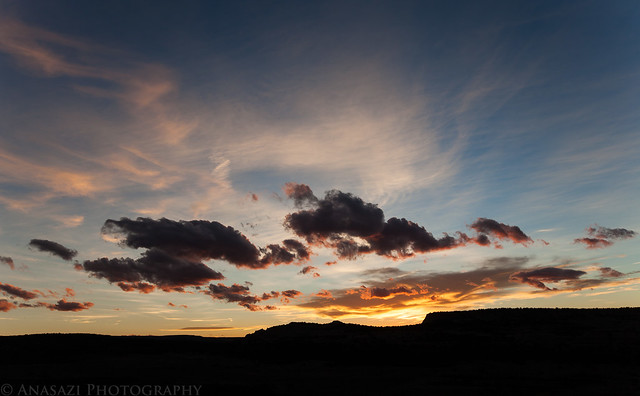