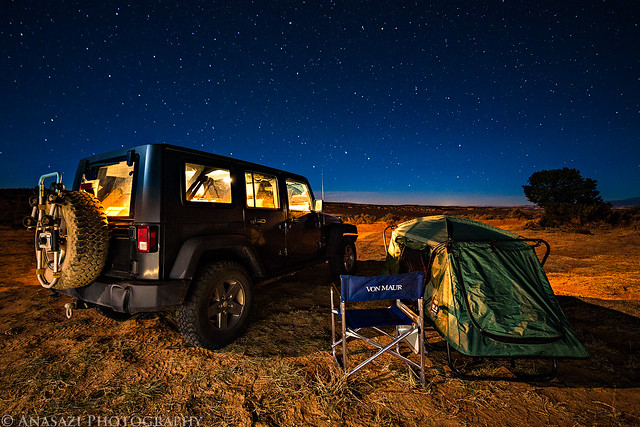 I received the latest issue of Backpacker Magazine (October 2013) a few weeks ago and wanted to share that I have a photo of Independence Monument in the Colorado National Monument featured in the Local Hikes section. The photo in the top left is mine on display at the Tiara Rado Golf Course Restaurant for the next few months. Since I am currently in the middle of my very first experience with Canon Repairs, I thought I’d share the saga on my blog. First off, let me state right up front that I’m pretty rough on my camera gear. My camera and lenses have been dropped, knocked into rocks while hiking and splashed with water and precipitation. I was planning on sending my Canon 5DmkII camera in for repairs early this year, however that decision was taken away from me when it stopped working at the beginning of December. In order to keep taking photos I quickly purchased the new Canon 6D that had just come out. I was back up and running two days later. I still wanted to keep the 5DmkII around as a backup camera, so I sent it in to Canon to be repaired. Since I had the new camera, I was pretty laid back about how long the repairs would take (I knew it would probably need some extensive repairs and parts). I still thought this would be a quick and easy experience, but as you will read below, it hasn’t been. I’m just glad I bought the new camera first, because there is no way I would have been able to go without a camera for this long.

I don’t want this post to to sound like I’m whining about the experience, because I’m not. I just want to share my personal experience with Canon Repairs since it has kind of become a little ridiculous at this point. Perhaps if feedback from Canon had been timely and accurate I wouldn’t have felt the need to share my story.

I sent my camera to the Canon repair facility in California via UPS Ground. Insured, of course.

The package was delivered to Canon in the morning.

A week went by after my camera had been delivered, but I had heard nothing from Canon. I was starting to worry a little at this point that my camera disappeared, so I gave them a call. After speaking to the representative, I was informed that it takes the repair facility a few days to check in the cameras after they receive them, and that the technicians get a few days off around the holidays. That’s understandable, but it still seemed a bit long. (For future reference: don’t send my gear to Canon for repairs around the holidays.)

Finally my camera is checked into their system and I receive an invoice via email for the cost of repairs. I promptly call them with my credit card number so they can start the repair process.

I check the Canon status page on Monday and receive the following message:

“The quality inspection of product functions has been completed and your product will be ready for delivery shortly.”

That sounds great to me, my camera should be shipping back to me any day now! Right?

A few days go by and the status on Canon’s website never changes, plus I receive no email communication about my camera shipping. On Friday I decide to call Canon to find out what’s going on? The person I spoke with wasn’t very helpful and just re-read what the status on their website said. It was not a pleasant or helpful experience. She told me that the camera should ship out later that day or on Monday. I give her the benefit of the doubt and wait to see what happens.

Tuesday the 15th rolls around with no status updates or shipping notification. It’s been over a week since the status says my camera was ready, so I call Canon again. This time I speak to a much more helpful person. He is unable to contact the California repair facility because they are not open yet, but he verifies that the status shows the Camera should have been shipped shortly after the 7th, and that it hadn’t. He’s not sure why, so he escalates the matter and tells me to try calling back later in the day when the west coast facility is open. He was as helpful as he could be, so I was finally feeling like things might be taken care of.

I call Canon back later in the day, as suggested, and speak to another unhelpful person again (I’m pretty sure it’s the same person I spoke to the week before). Again, she tries to read me the status on the website which is no help and a little frustrating. Finally, after asking for someone who can actually do something, she calls the repair facility to find out what’s going on. They inform her that some parts they need for the repair just showed up and that the camera will be repaired soon. That makes Canon’s repair tracking status completely wrong! Had I known that they were waiting for parts that needed to be ordered, I wouldn’t have called and bothered Canon as much since I would have known what was happening. It figures that I just sent my 24-105mm lens for repair this very morning, so now I am worried that I will not see that lens again until March…

I decided to call Canon again before the weekend to see if any progress has been made since I still haven’t heard anything from them. This time I spoke to another helpful representative who saw that there was something wrong with the length of time and updates to this repair. She called over to the repair facility to find out what was going on. After a long wait on hold she informed me that they do not know what is wrong with my camera and are trying to figure it out. There is currently no ETA. As of Monday, they will have my camera in their possession for a month. I really hope I get the camera back before my week-long trip scheduled in February!

Canon has now had my camera in their possession for a month.

I called Canon again today to see if they could finally figure out what is going on with my camera. Thankfully, I spoke with a very helpful representative who seemed really interested in getting to the bottom of this. She told me she needed to call the technician later in the day and promised she would call me back. She did call me back, as she promised, and informed me that the technician thinks he knows what the problem is and is working on fixing it. She was still unable to get any kind of ETA. Next, she connected me to her supervisor to escalate this issue even further. Right now the supervisor has promised she will call me back tomorrow with more details. Right now I’m waiting for that call back.

I never received a call from the supervisor today as promised so I called Canon back again. The person I spoke with would not transfer me to the supervisor like I asked and assured me that my camera would be shipping out later today or tomorrow. I have my doubts…

Update 1: I actually received a call back from Canon today. Unfortunately, it wasn’t good news. Canon has no clue where my camera is, which basically means all the stories they’ve been telling me over the last few weeks have been false. They are going to be sending me a new refurbished camera, but that’s going to take a few more weeks to get here which means I probably won’t have it back before my trip in February. I’ve called my insurance company to see if there is anything they can do at this point, but I doubt it. Now I need to call them about the lens I sent in, since they received it last Friday and it’s still not showing in their system.
Update 2: Well, Canon did receive my lens into their system today since I just received the quote for repair. However, the quote they gave me is about $530 to replace the front element! That seems way too expensive to me. That’s half the cost of a brand new lens. If they hadn’t lost my camera (which was in way worse condition) it was only going to cost me $330 to repair. Needless to say, I am not very happy with Canon at the moment.

I’ve heard back from my insurance company and it looks like they are going to take care of me since they had me send my camera in to Canon in the first place to see about getting it repaired. I’ve also declined service on the lens since the price is way too high for a working lens with a scratched front element.

I received my unrepaired lens back from Canon today. At least they didn’t lose it…

To conclude this repair saga, Canon never did find my camera, but they sent me a refurbished 5DmkII to replace the one they lost. They were able to get the replacement to me in time for my trip in February. In the end I decided to sell the 5DmkII and upgrade to a 5DmkIII that came with a new 24-105mm lens. I’m sure this situation is uncommon with Canon, but I will always be a little worried when I have to send something in for repairs in the future!