There was a nice view over Rattlesnake Canyon as I made my way to the trailhead. Besides the fast-moving clouds in the sky, there was also a bit of smoke in the air from new wildfires burning near Sieber Canyon and Jones Canyon. 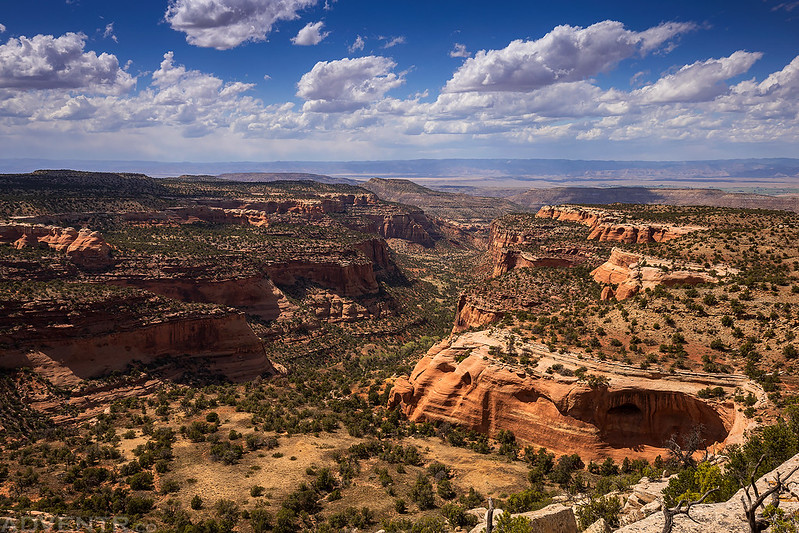 As I descended the trail to the bench below, I had a good view over the mesa I had just hiked across last month during my to visit Lonesome Lips Arch. 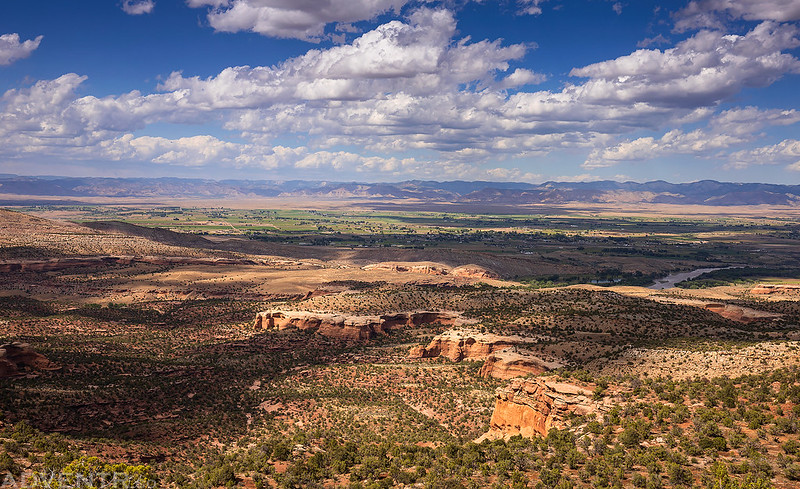 On my way to the rim of the West Fork of Pollock Canyon I passed by Window Rock Tower, also known as South American Arch and Aztec Arch. I didn’t stop for long since I knew I’d be coming back this way. 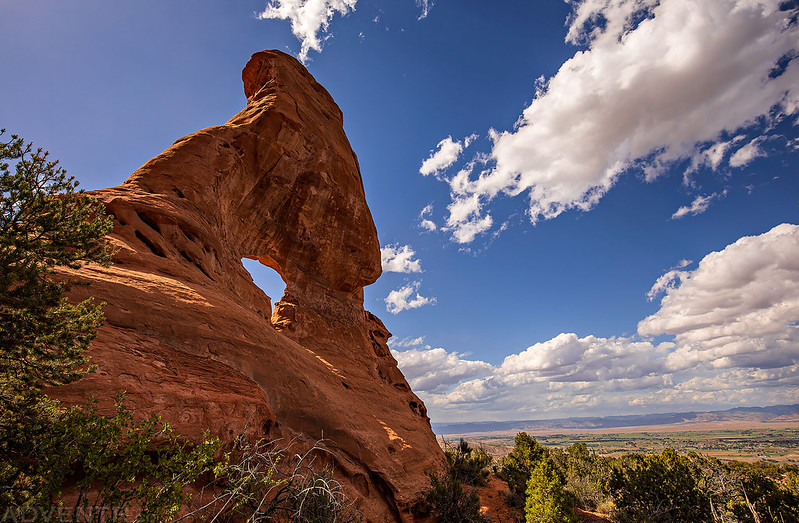 Along the way I stopped to explore a few small alcoves in the Entrada Sandstone. 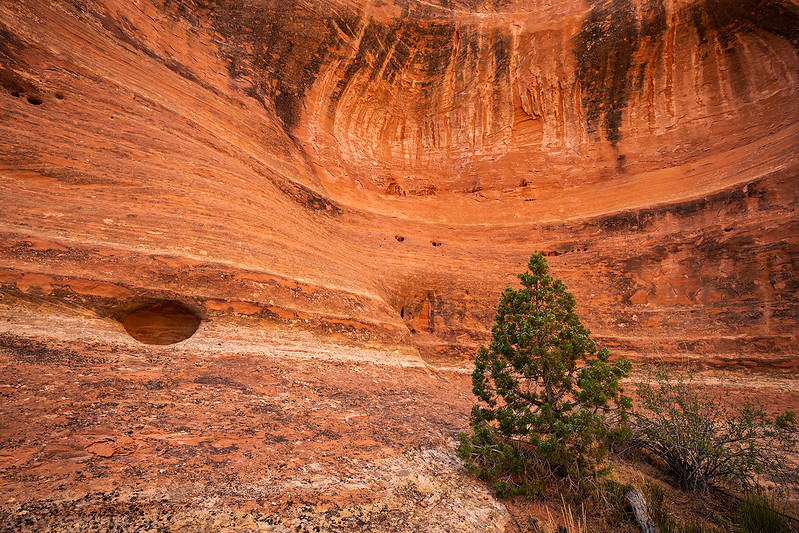 Looking out over Pollock Canyon from one of the alcoves. 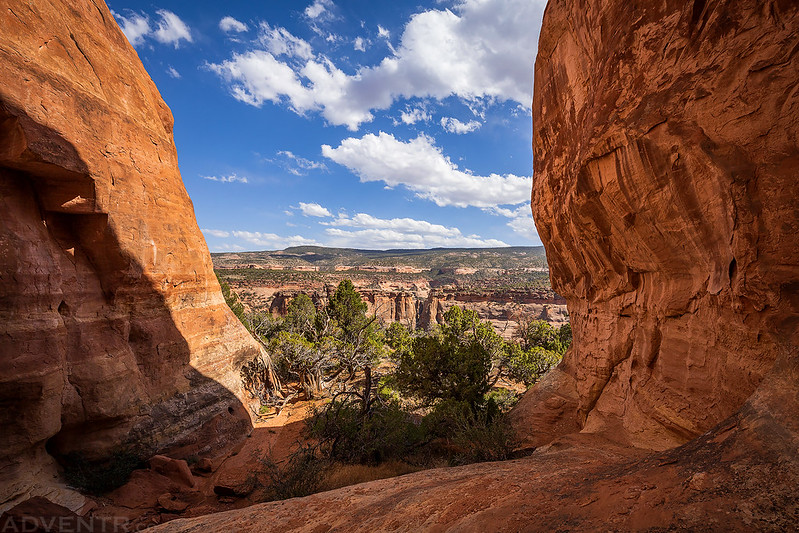 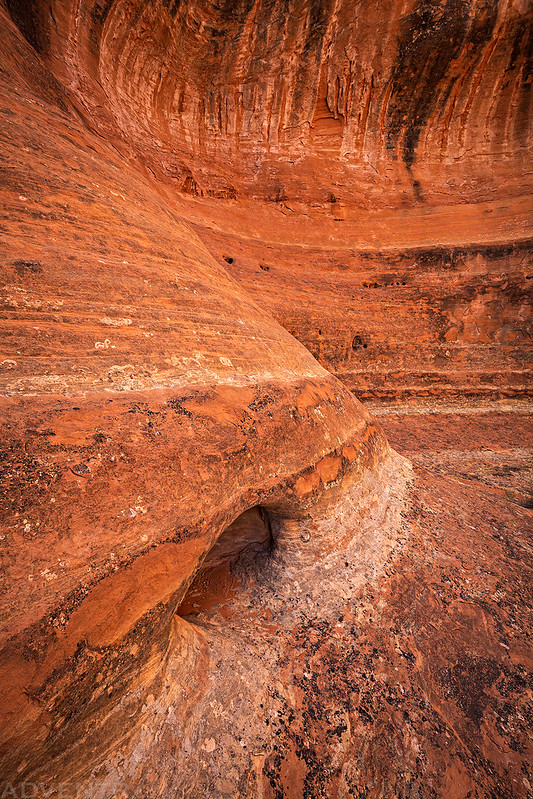 A dead end while exploring another little alcove. 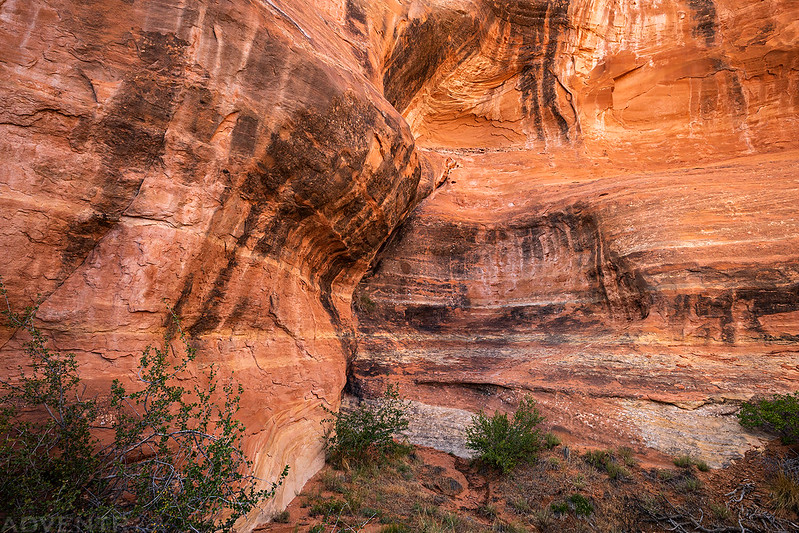 Soon I reached the base of West Pollock Arch, which was the arch I had come to see. 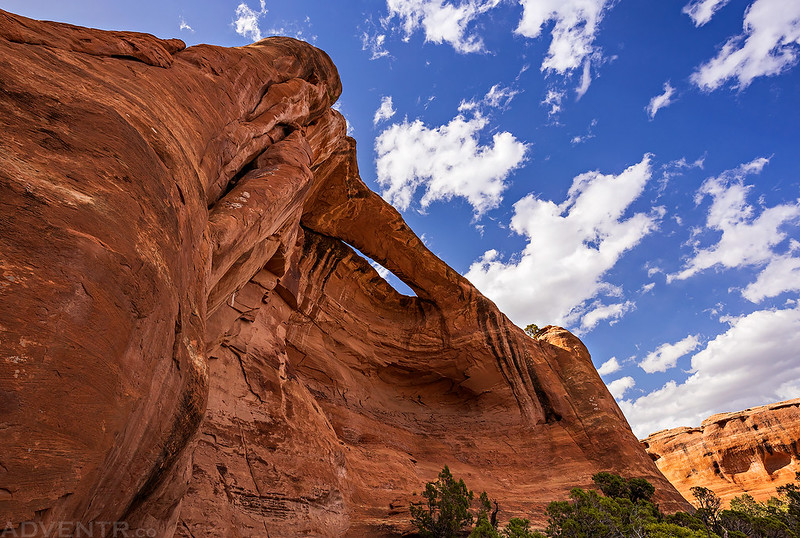 After visiting the arch, I decided to keep following the bench I was on to the sandstone fingers in the middle of this photo. 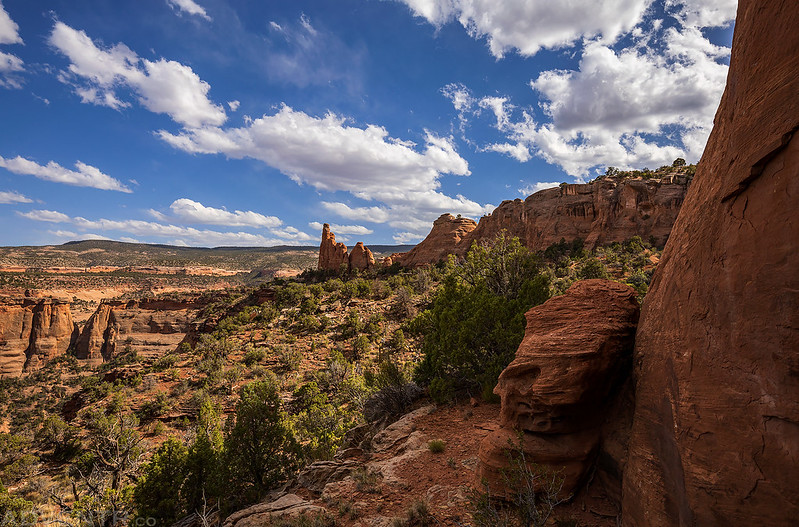 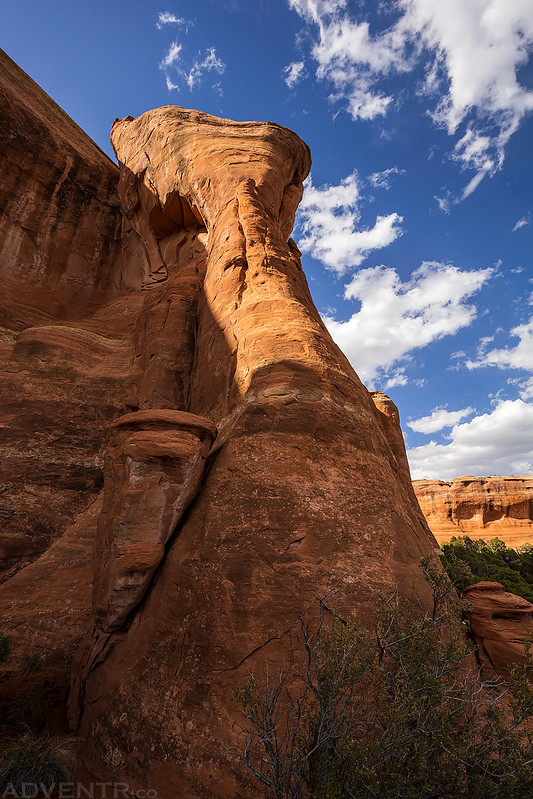 I hiked through this colorful alcove along the way. 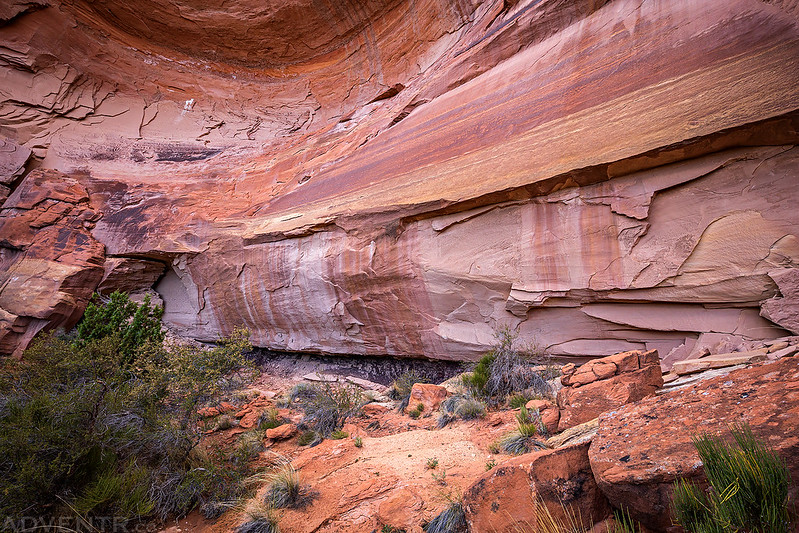 The Grand Valley over the confluence of the two forks of Pollock Canyon. 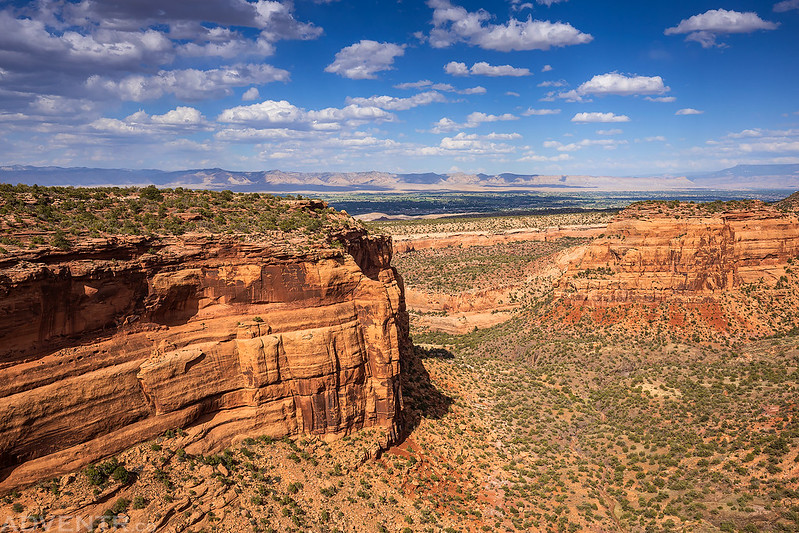 The clouds and light were pretty nice this evening. 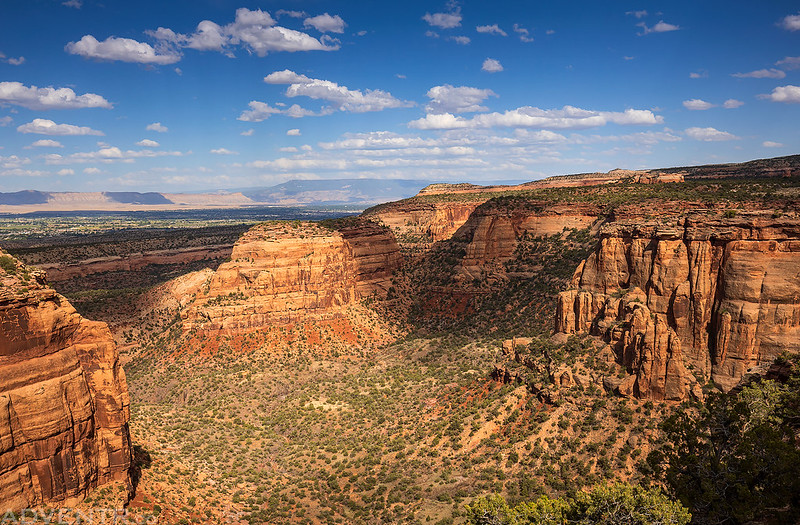 On my way back I caught a sunstar through West Pollock Arch. 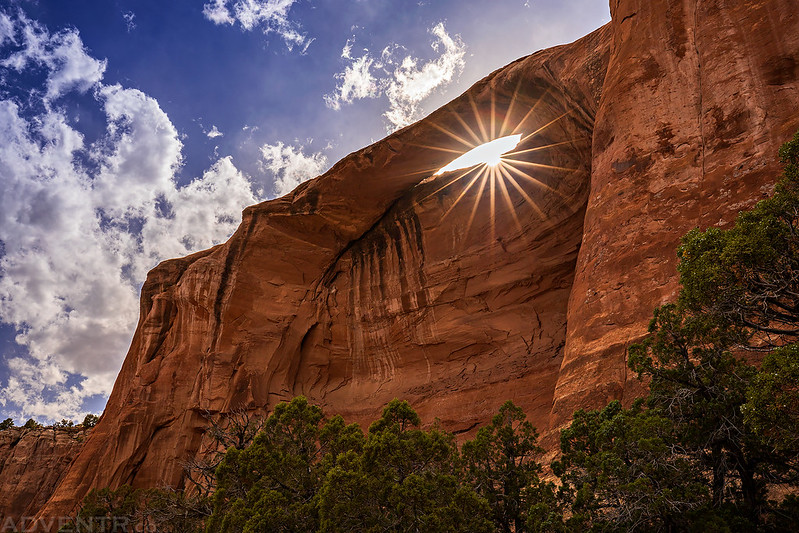 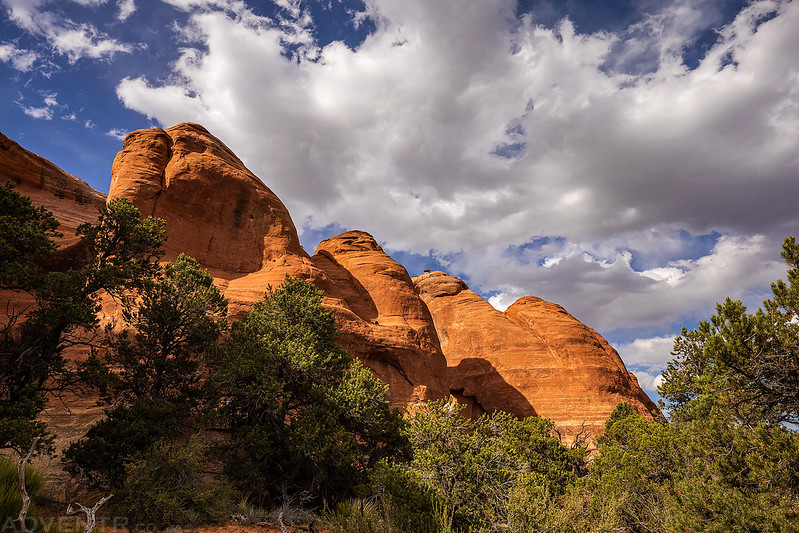 I stopped at Window Rock Tower on my way back for a couple more photos. 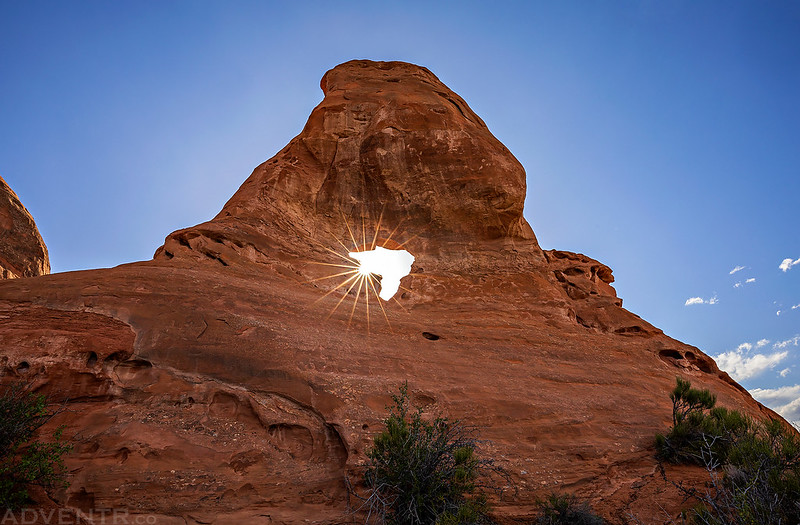 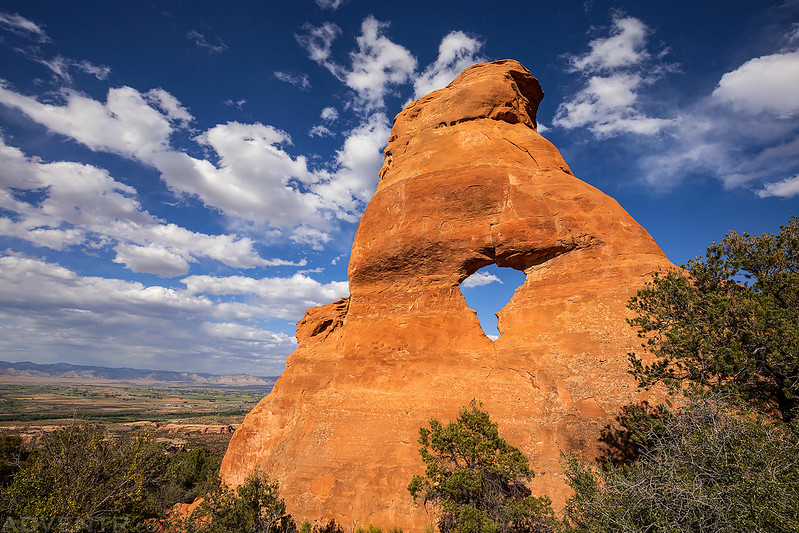 At this point I was considering hiking over to the arches in Rattlesnake Canyon for sunset, but I could tell that the clouds were dissipating quickly and I didn’t think they would stick around for sunset, so I skipped that plan. It turned out to be a good choice because as I was driving back across Black Ridge a little while later I noticed that there were almost no clouds left in the sky.