Floating the Moab Daily Section of the Colorado River

After spending all of last weekend moving into a new house, it was time to get back outdoors and on the river again! A couple weekends ago Jackson, Chris and I were hoping to float the Moab Daily section of the Colorado River through Professor Valley, but the weather and wind prevented us from doing that, so we thought this would be a good weekend to try again since the weather was looking much better. Although I have floated the Moab Daily once before, that was over ten years ago on Labor Day and I was just along for the ride in a friend’s raft, so I was looking forward to doing it in my own inflatable kayak this time.

I left home early on Saturday morning and met up with Chris and Jackson at the Hittle Bottom Recreation Site. We know this is probably the busiest stretch of river in Utah, so we wanted to get an early start. We quickly got our boats rigged up and then ran my Jeep down to Take-Out Beach. We were hoping to get on the river before all he commercial trips, but were surprised to see them starting so early. We were also surprised to see how many people they were squeezing into the busses during this pandemic…

The clouds were looking very nice this morning and would stay that way during our entire float. 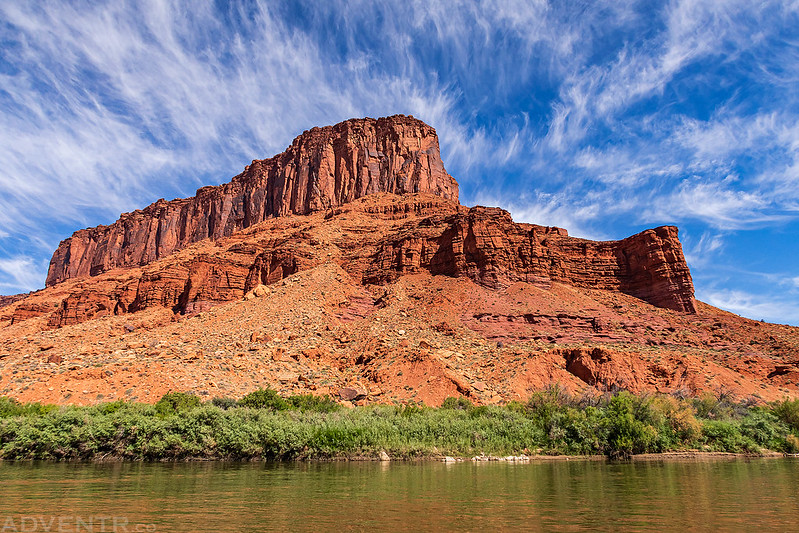 Looking down the Colorado River from the boat ramp at Hittle Bottom. 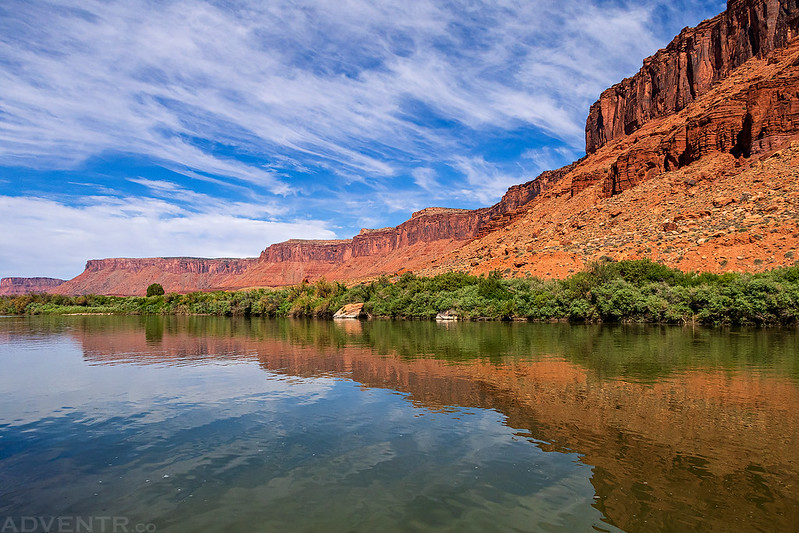 As soon as we were done running the shuttle we got on the river before any of the larger groups were ready. The temperature out was very nice and it was supposed to get into the upper 90’s this afternoon, we were looking forward to swimming later. Surprisingly, after leaving the put-in we wouldn’t see anyone else on the river until we stopped for lunch just below New Rapid, which was really nice! 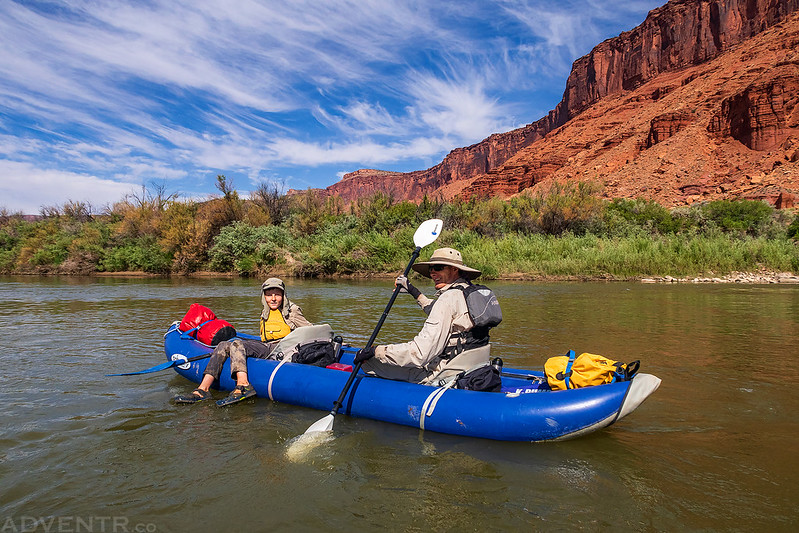 It was a really nice day for a float on the Colorado River. 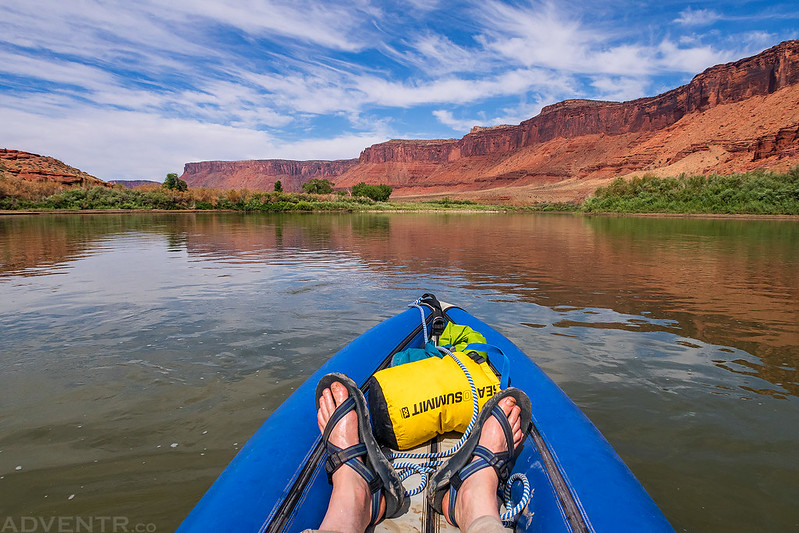 The water was a little slower this weekend than it would have been a few weeks ago when we originally planned to float this section of the river. 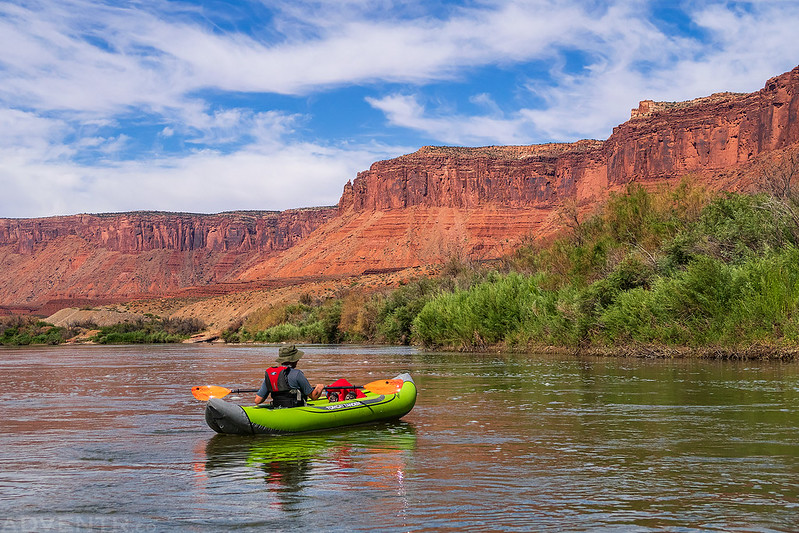 The cliffs at the edge of Dome Plateau reflecting on the river. 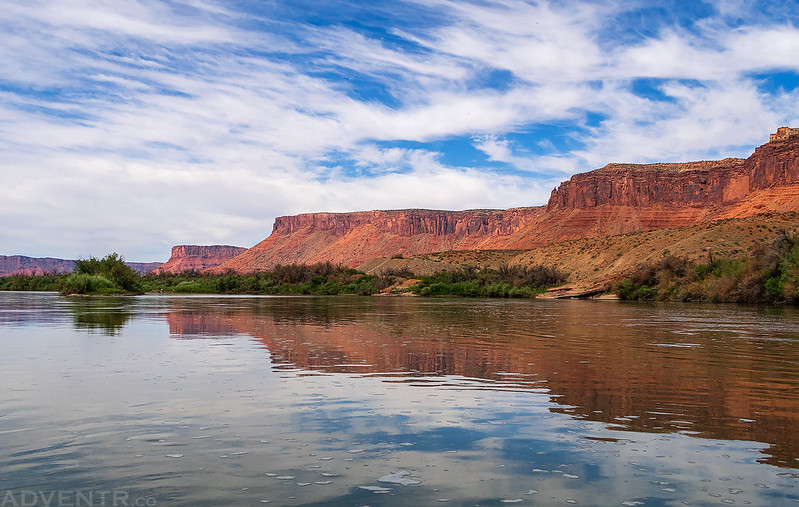 Chris floating below some colorful sandstone. 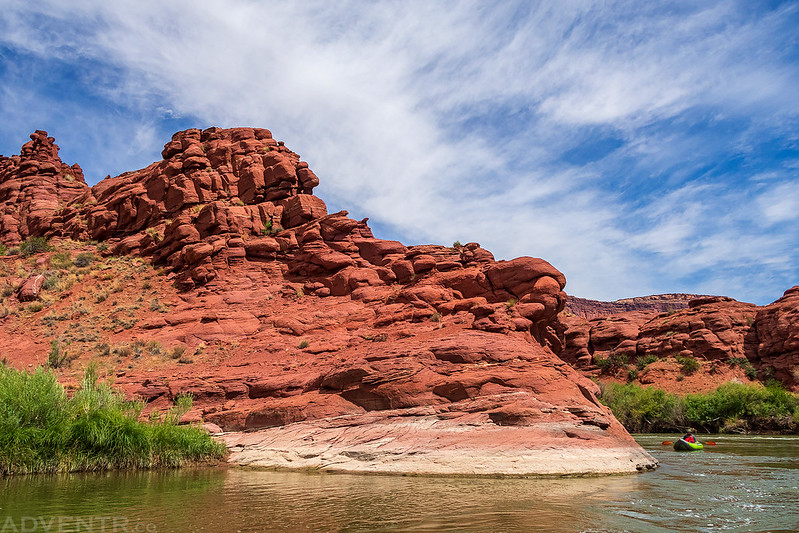 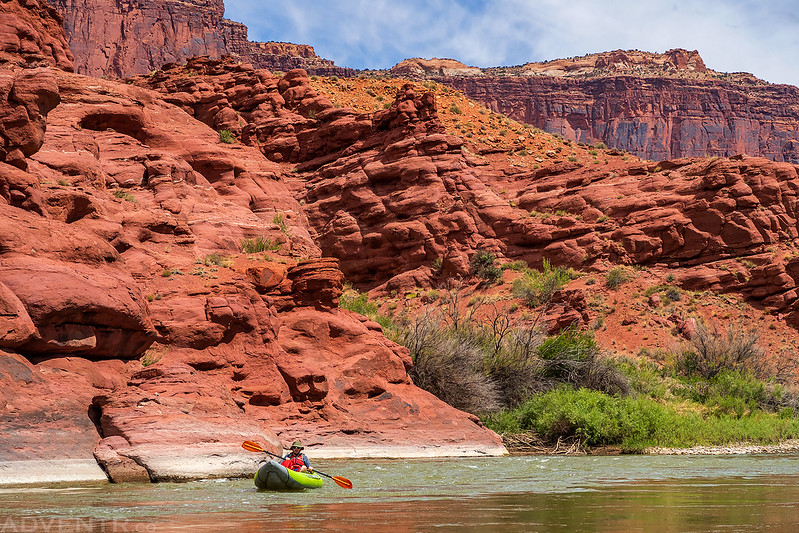 We passed this deer that was on an island in the middle of the river. 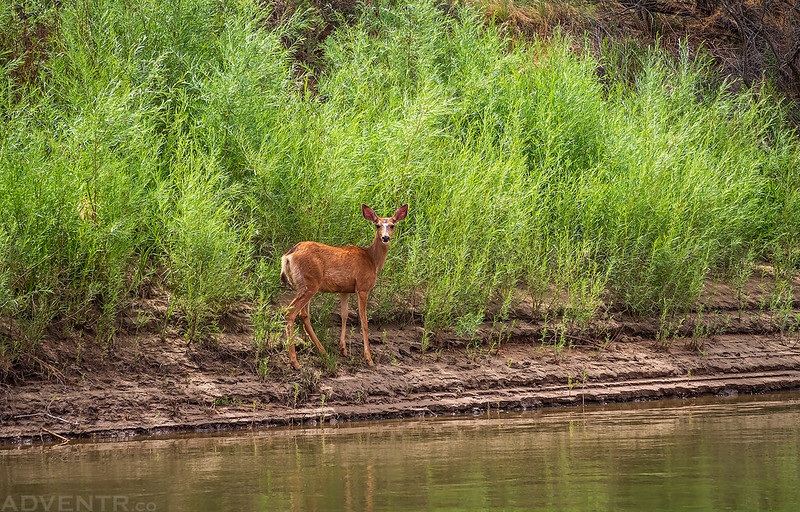 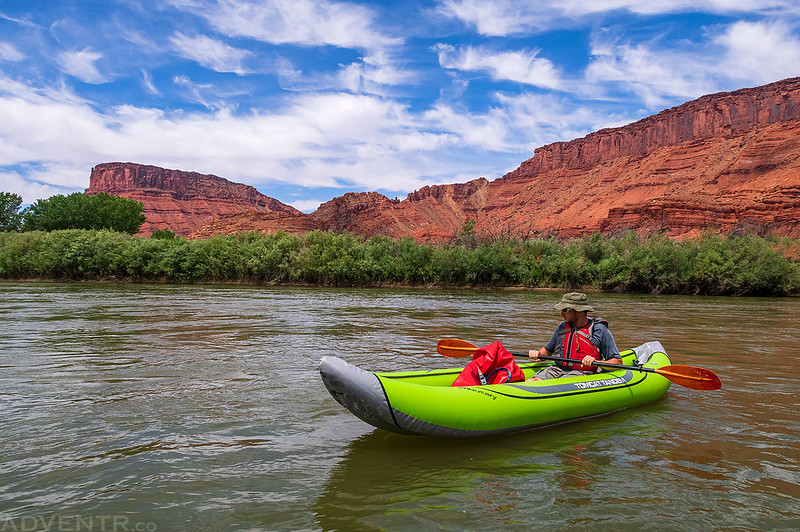 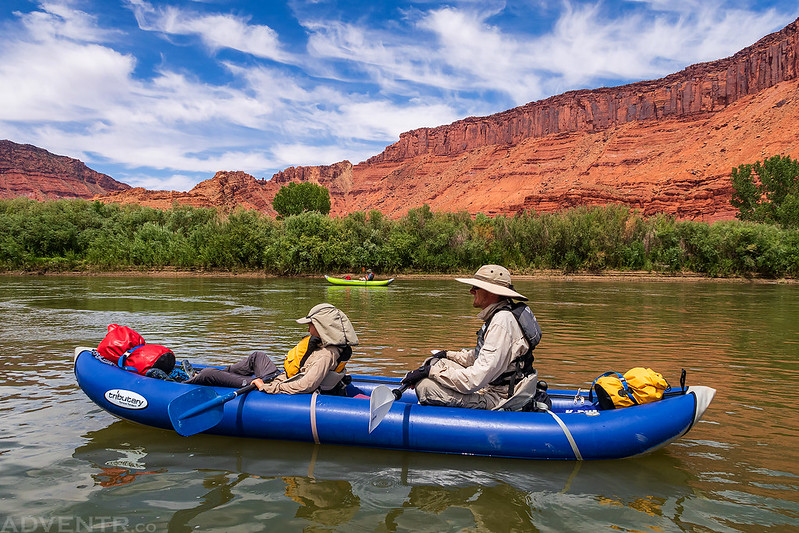 We stopped for lunch at a beach just below New Rapid. 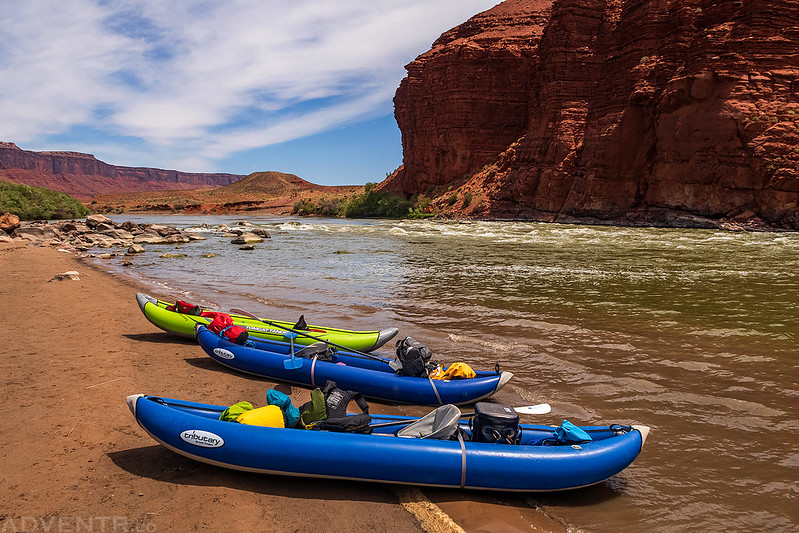 Jackson exploring the rocks next to New Rapid. 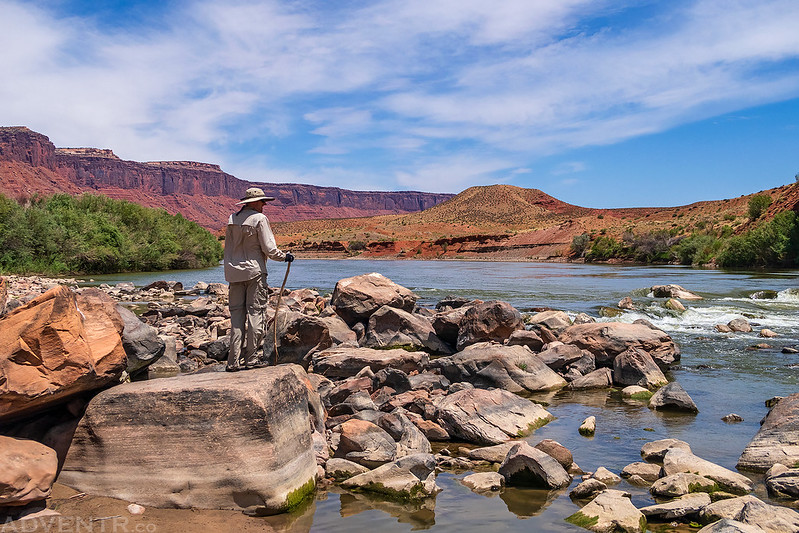 Back on the water again after lunch. 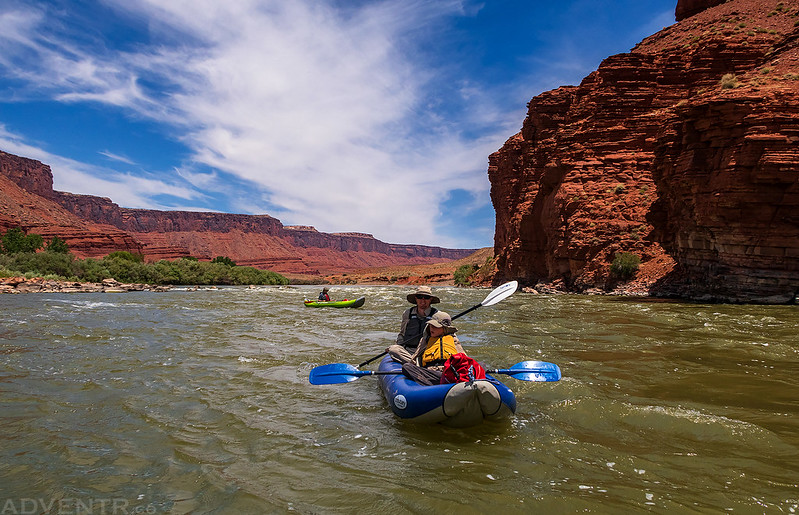 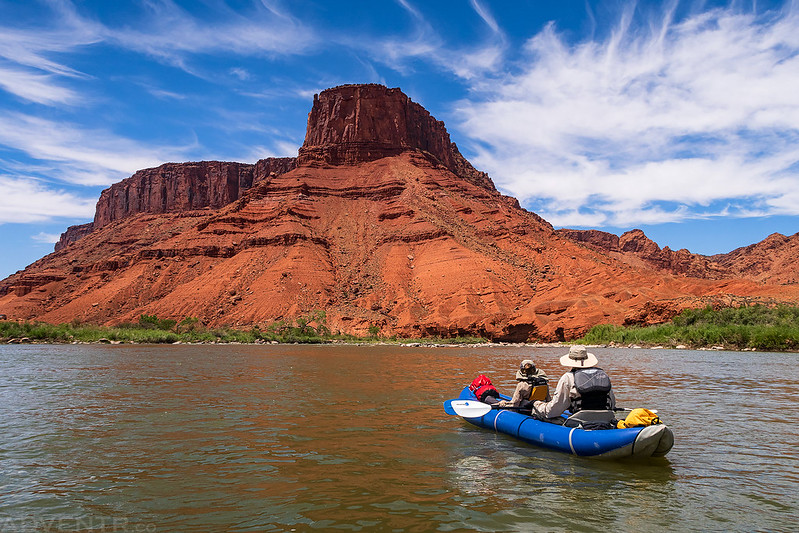 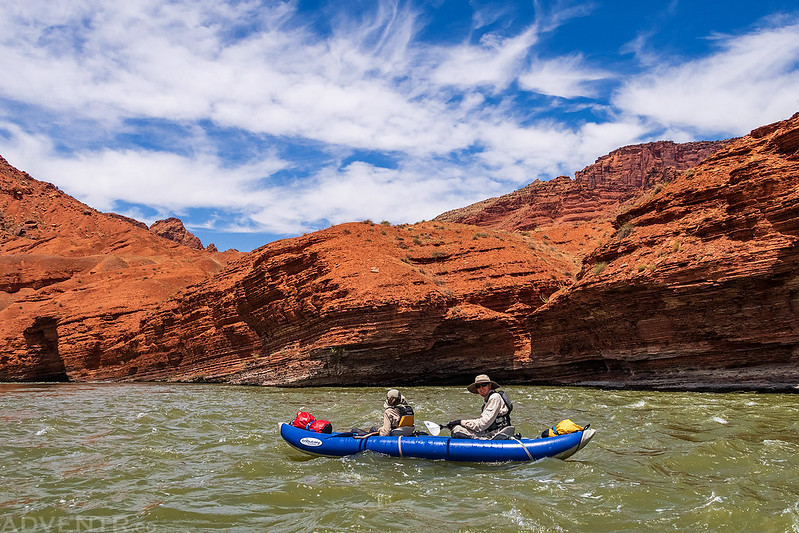 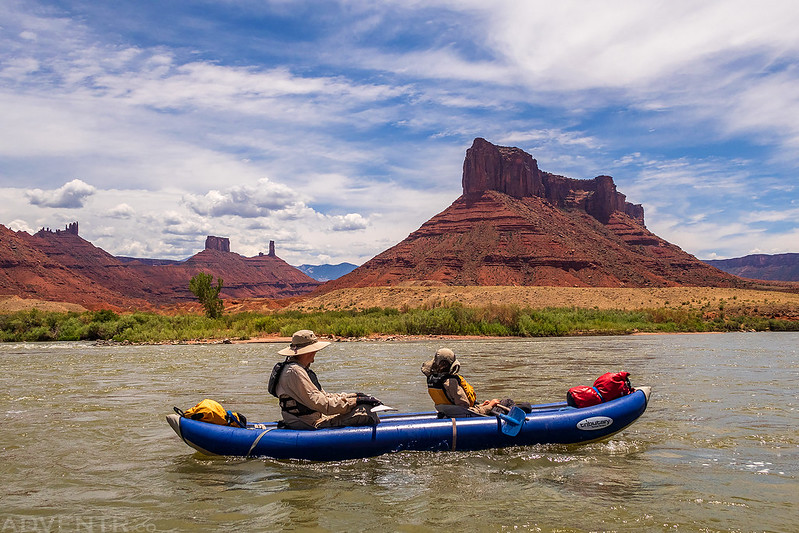 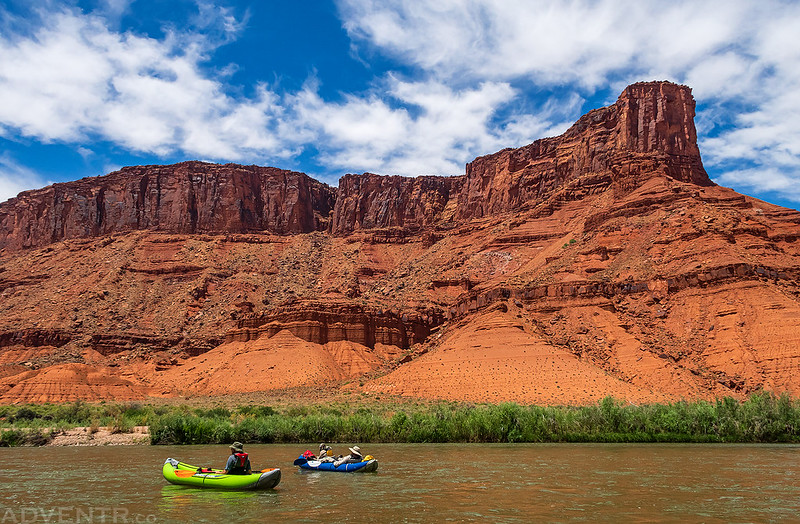 When it started to get hotter in the afternoon, it was time to jump in the river for a swim. Jackson decided to do a front flip, and I caught this photo of him mid-air. 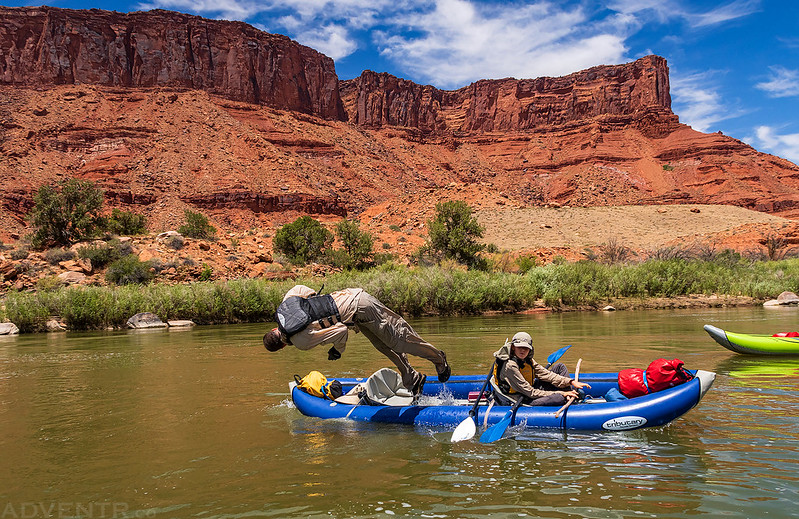 Beyond Whites Rapid we left Professor Valley and the canyon started to narrow up a little bit. 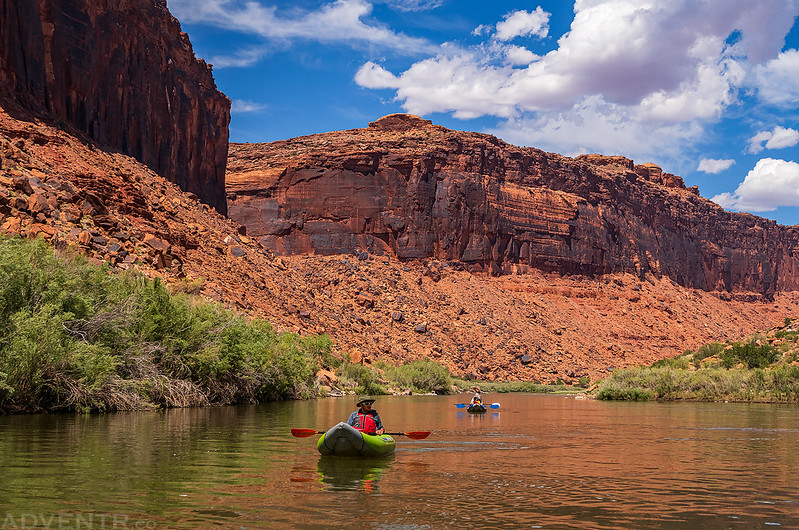 Just before reaching Take-Out Beach, we paddled a short way up the shallow muddy water of Salt Wash since Jackson and I had hiked down this canyon to the river a couple years ago. 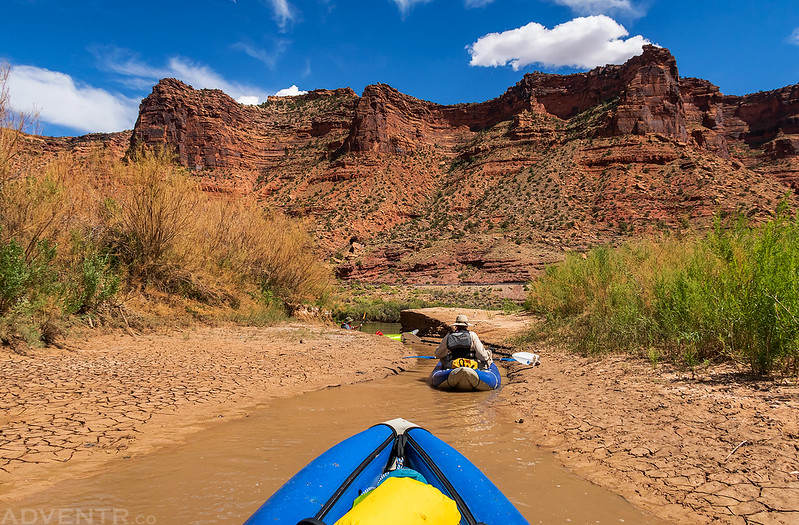 After getting off the river we loaded all the gear into my Jeep and drove back to Hittle Bottom. We parted ways and I started to drive up into the La Sal Mountains so I could spend the night and climb a mountain in the morning. Unfortunately, I didn’t get very far. My eyes were killing me and my nose was stuffed up and runny. I seemed to be having some kind of allergic reaction. This same exact thing happened to me last year when I got off the Dolores River, which prevented me from driving home that night. I’m not sure what caused it, but there must be something in or near the water than I am allergic to? Since I was feeling terrible at this point and had a hard time just keeping my eyes open to see, I had to cancel my plans of peak-bagging in the La Sal Mountains and started to drive home instead. It was a long drive home since I had to stop frequently and pull over to give my eyes a rest, but I eventually made it. Although this wasn’t the way I wanted my weekend to end, at least we had a nice time on the river!