After decided to skip my hike on Saturday morning, I did stop and take this one photo over No Thoroughfare Canyon on my drive back home, so I thought I would at least share it here. 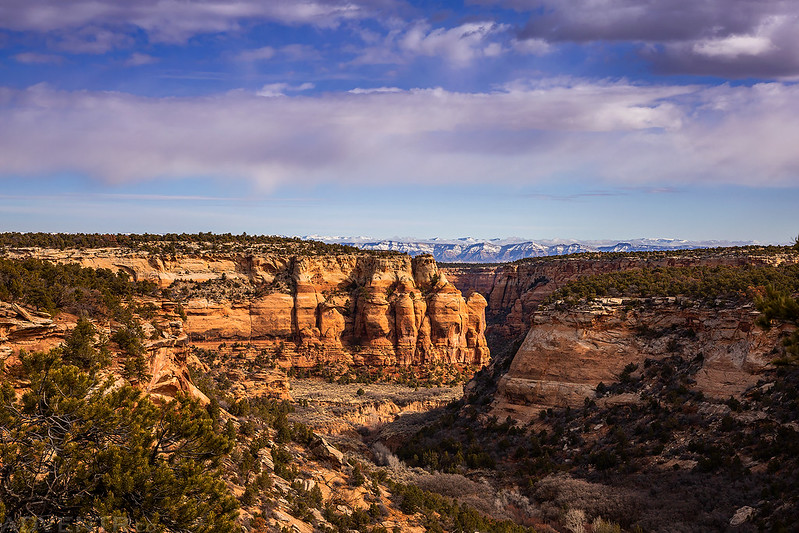 I almost ended up just staying at home all weekend, but on Sunday afternoon I decided to take a drive over to Rabbit Valley so I could at least get one shorter hike in. When I arrived there were more people here than I think I’ve ever seen before! ATVs, UTVs and motorcycles were buzzing around all over, and groups of people seemed to be camped everywhere, even though they are only supposed to camp in designated sites in this area. Luckily, the hike I planned didn’t follow a trail or start at a designated trailhead, so I found a place to park away from all the other people and started climbing what I’ve called Rabbit Valley Ridge. I actually hiked this ridge once before a few years ago, but this time I climbed up onto the ridge via a different route. As I started hiking there were dark clouds moving quickly across the sky and it appeared to be storming over the Book Cliffs. And although it was a little windy out, it only rained lightly for a few minutes once I first reached the top of the ridge. It was pretty humid out from the recent rain and the bugs seemed to be out, too. Here are a few photos from my afternoon in Rabbit Valley…

The fast-moving clouds in the sky created nice spotlighting as I started my climb to the top of Rabbit Valley Ridge. 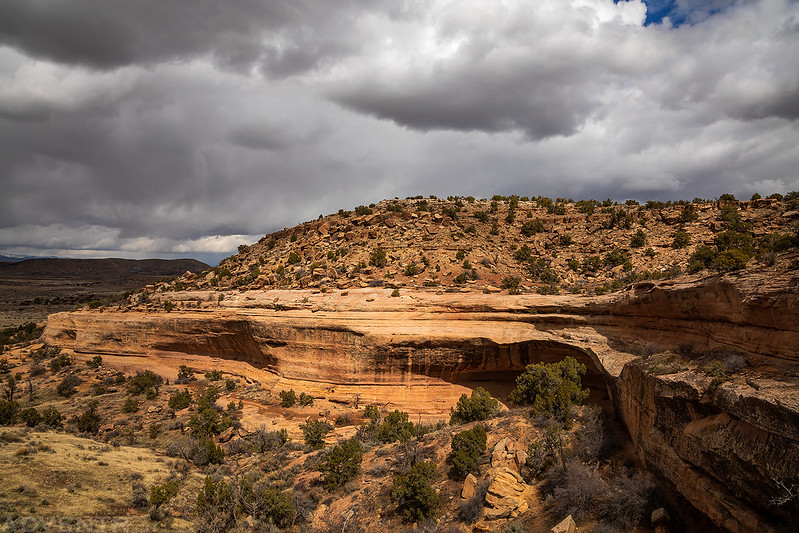 Following the narrow sandstone across the top of the ridge. 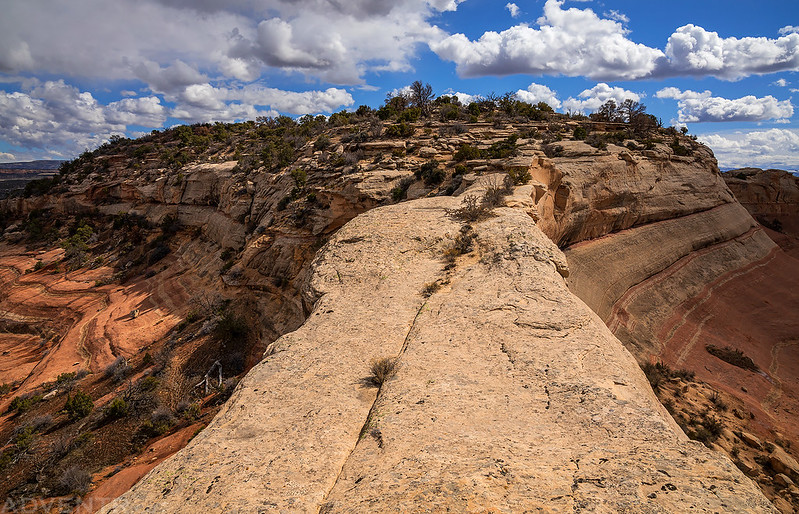 Near the far end of the ridge there were nice views into Ruby Canyon. Hopefully I’ll still be able to go on a couple river trips this year… 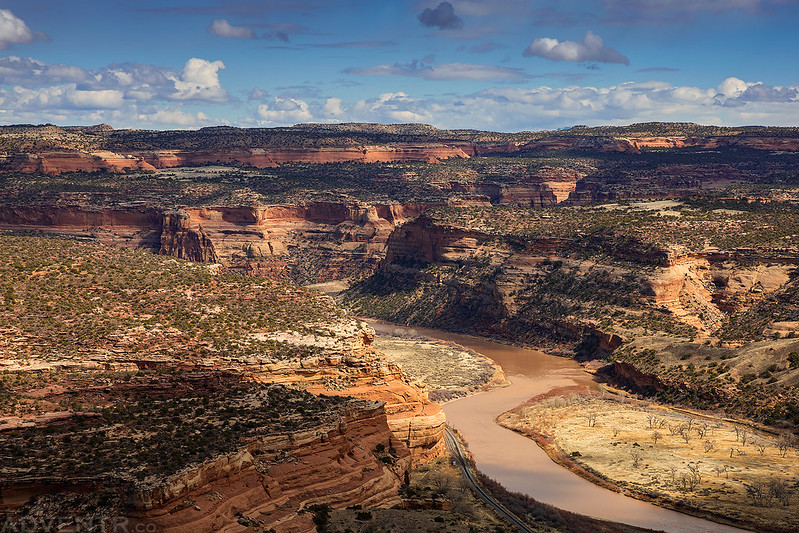 The dappled light on Rabbits Ear Mesa athe the end of the valley was nice. 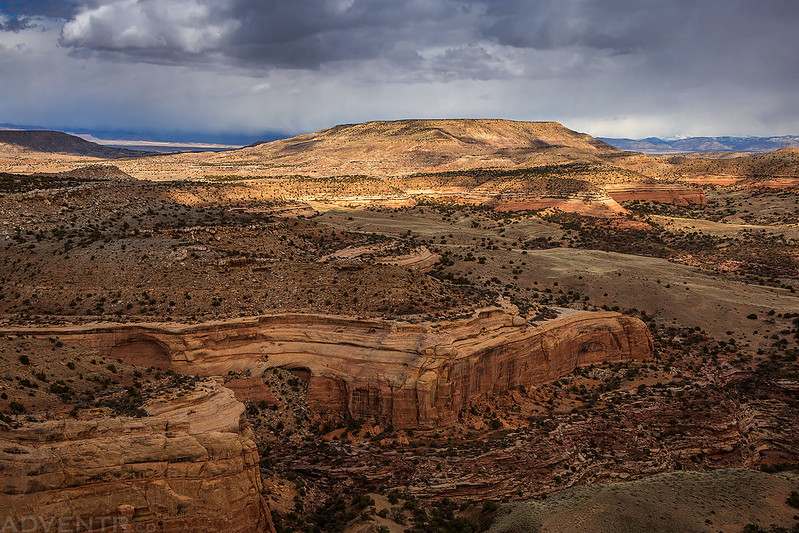 Another view of the Colorado River below with great light on the cliffs above. 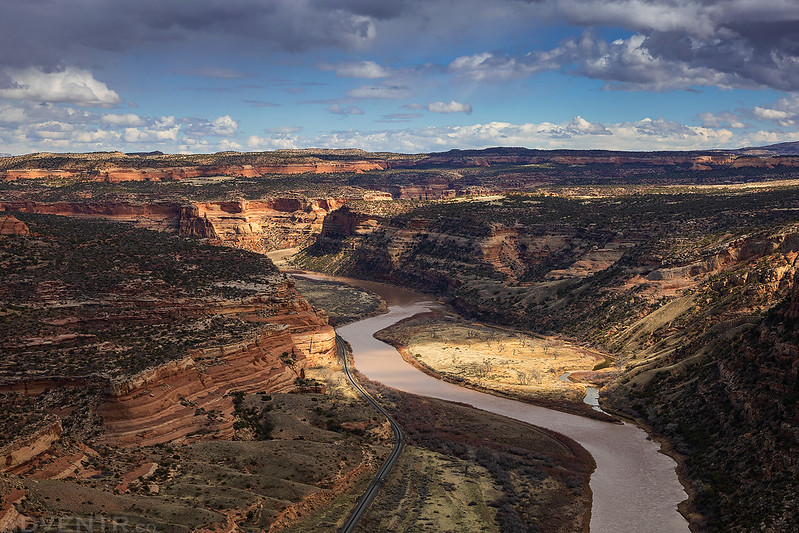 There was fresh snow on the Book Cliffs and Corcoran Peak on the horizon.

Following along the edge of the ridge 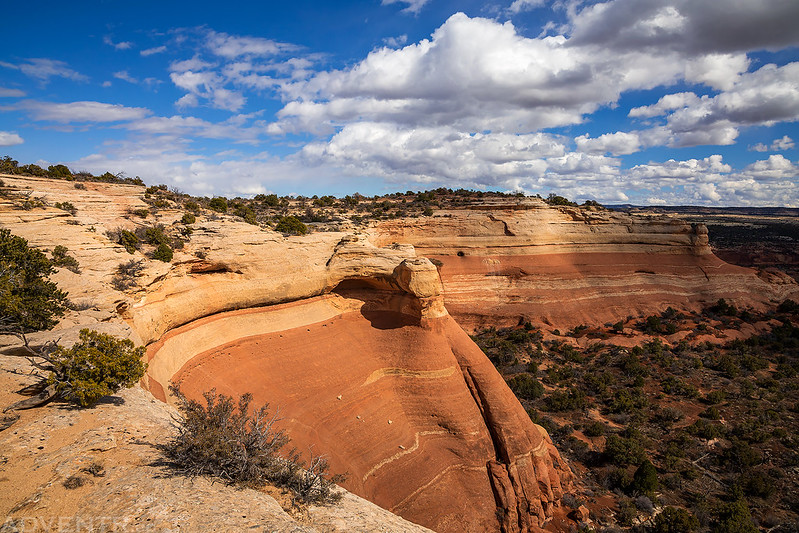 Spotlight on the narrowest part of the ridge as I hiked back toward it. 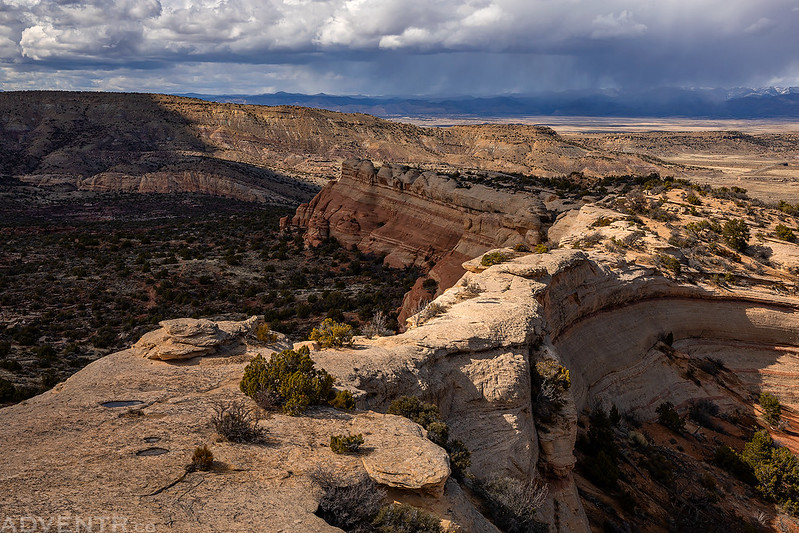 It looks like it was raining or snowing over the Book Cliffs on the other side of the valley. To the left you can see the Jouflas Horse Trail below. 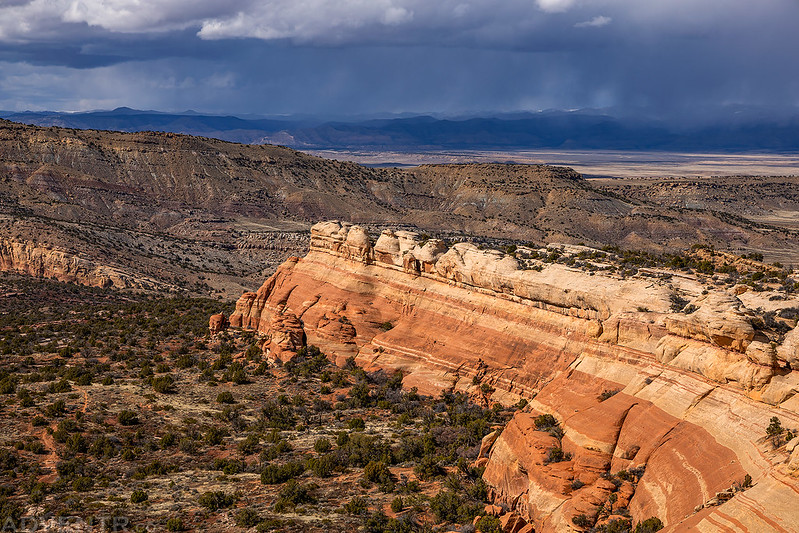 Following along the top of the ridge on my way back. 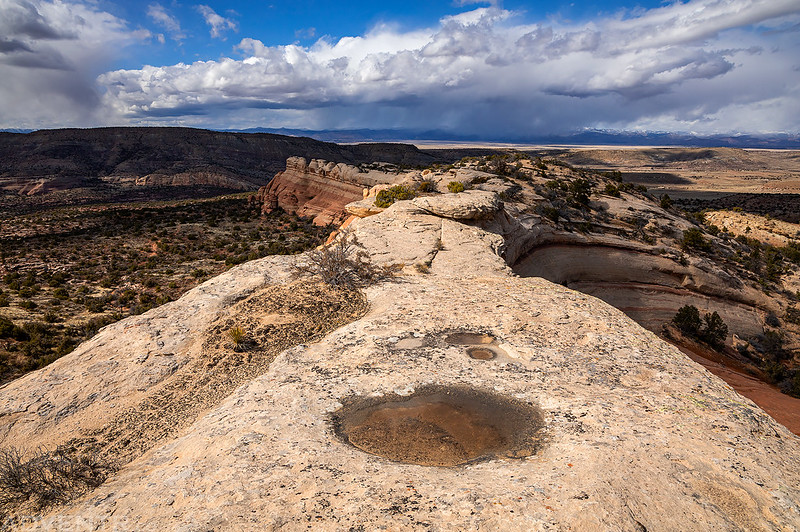 The light and clouds were really nice this afternoon and constantly changing. 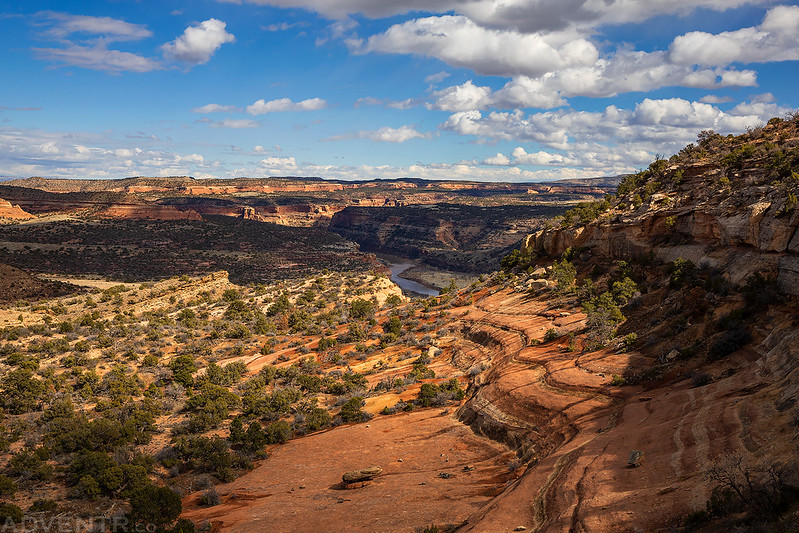 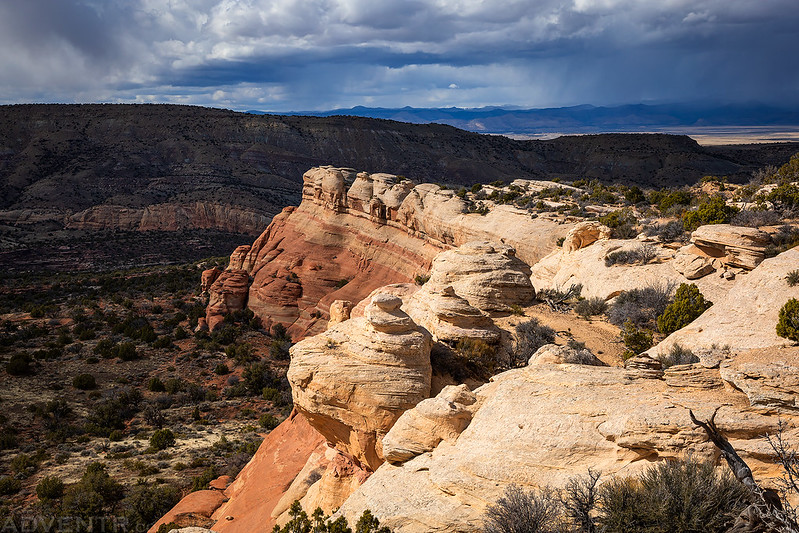 Looking back along the ridge I had just hiked across. 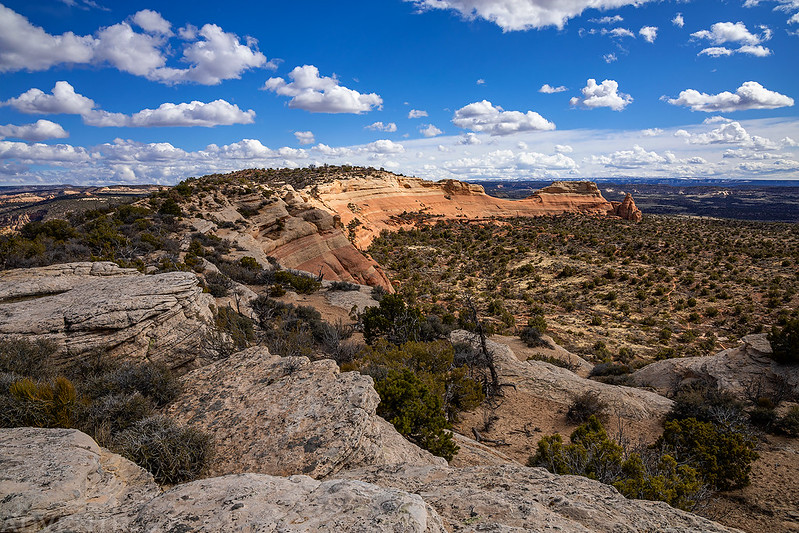 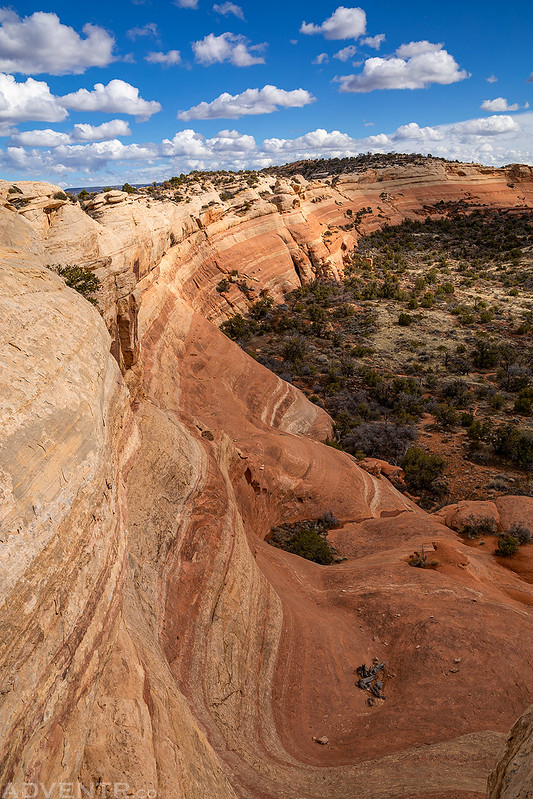 Here’s one last look back to the ridge as I returned to my Jeep. 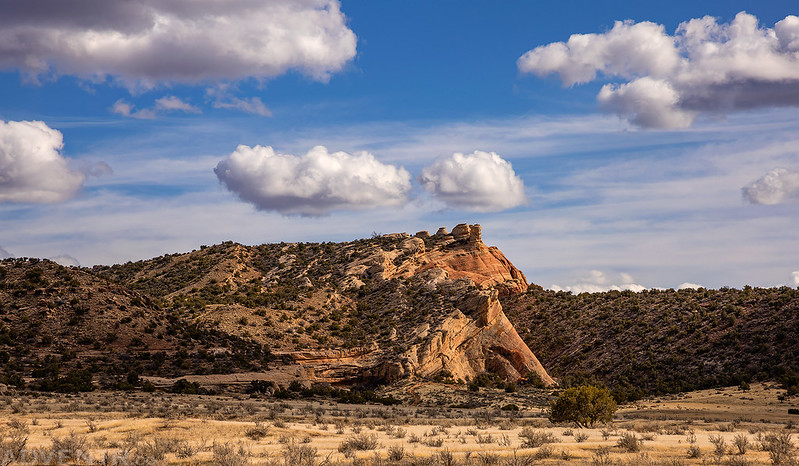