The snow started coming down as soon as we entered Wedding Canyon. 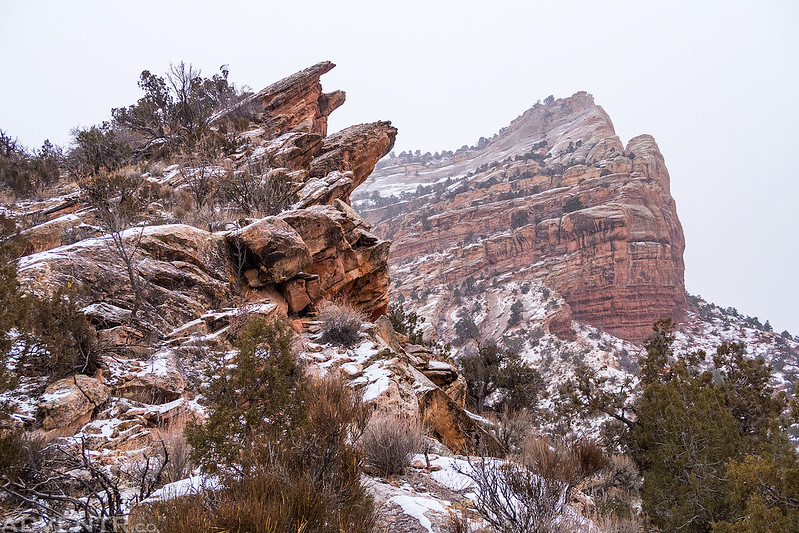 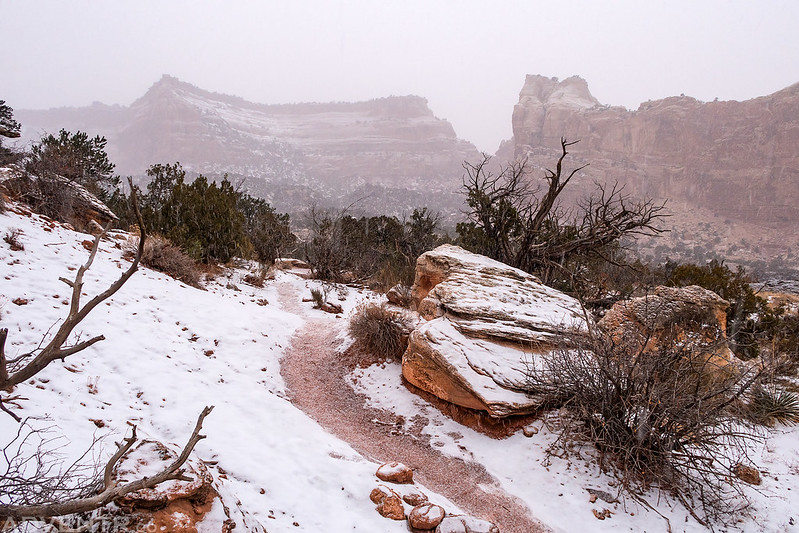 Hiking In The Snow 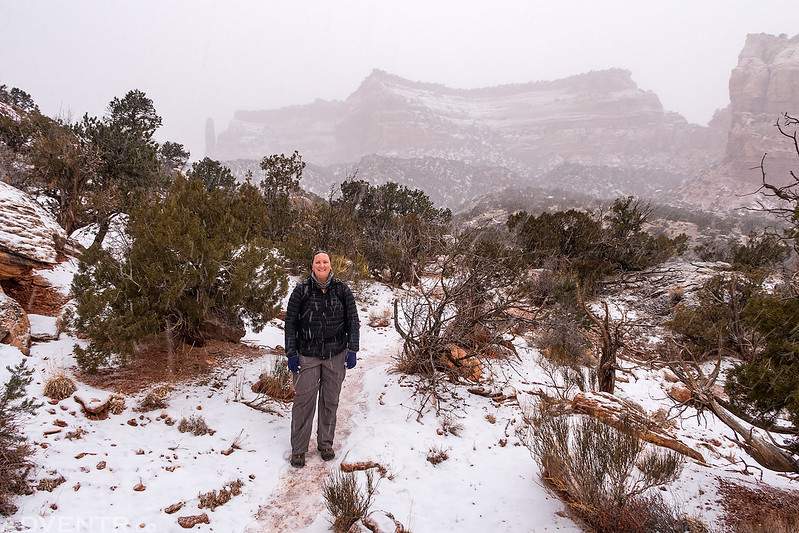 I liked how the snow was clinging to the canyon walls. 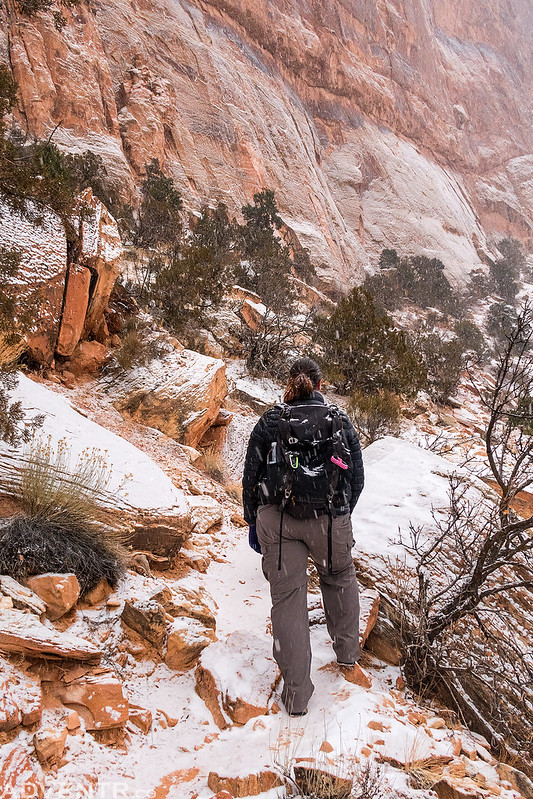 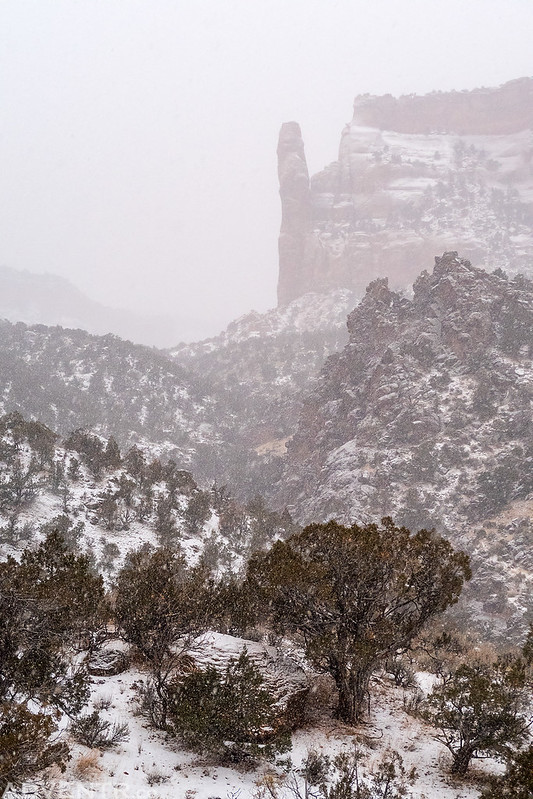 Footprints in the snow. 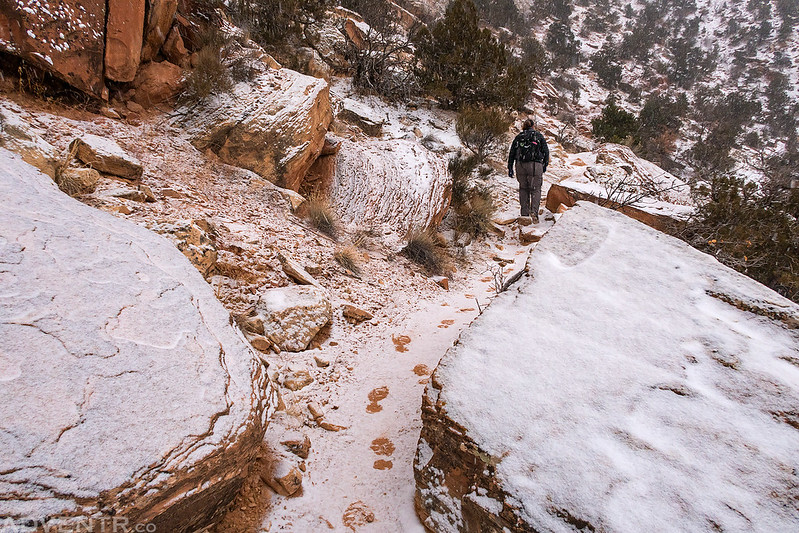 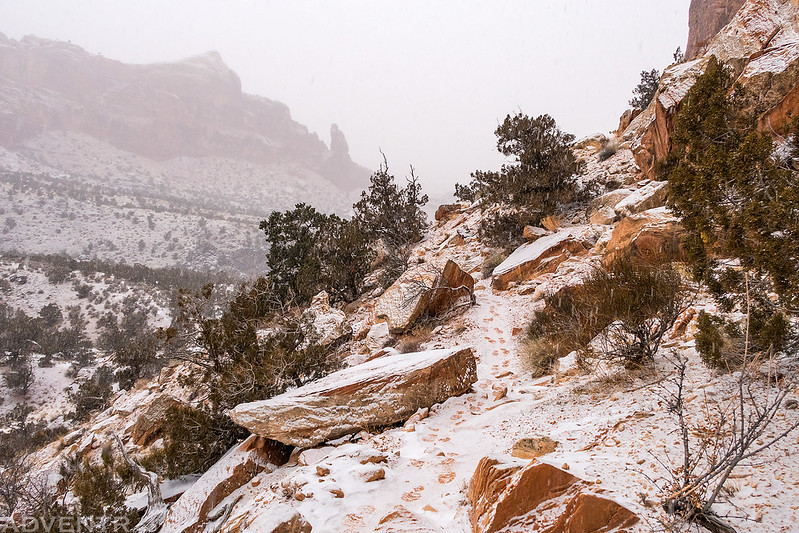 We didn’t get a good look at Independence Monument until we were pretty close since the snow was coming down pretty good at this point during the hike. 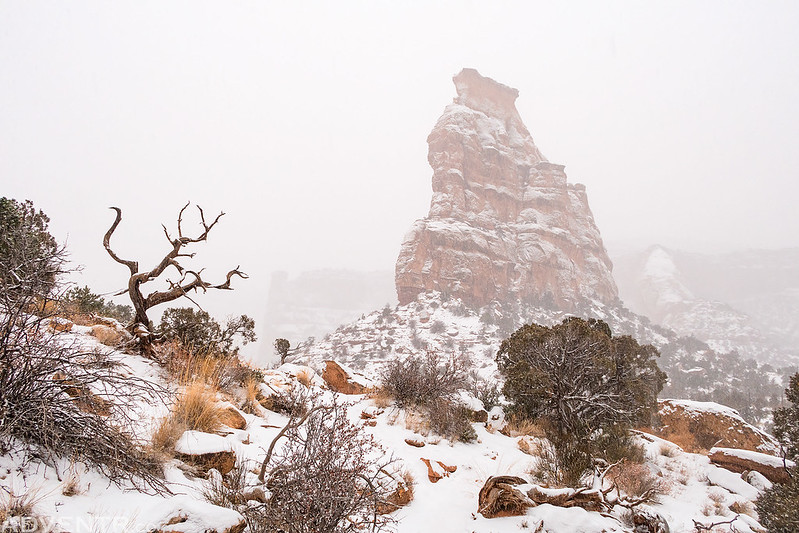 A view of the Pipe Organ through the snow. 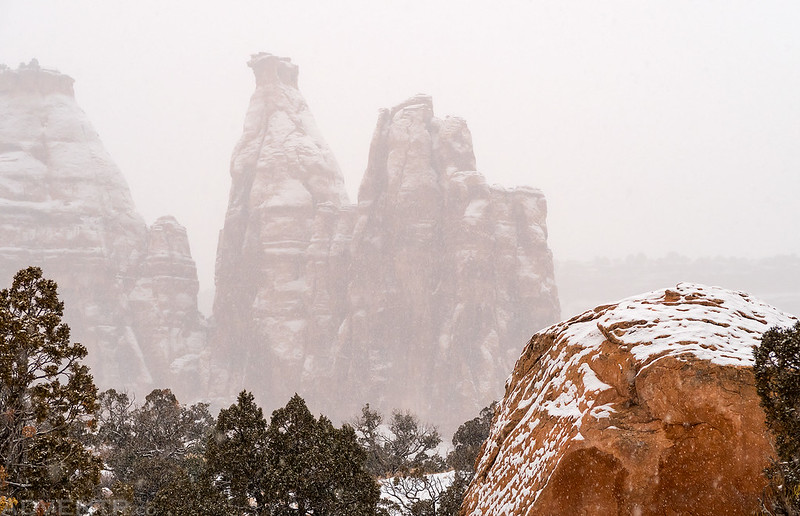 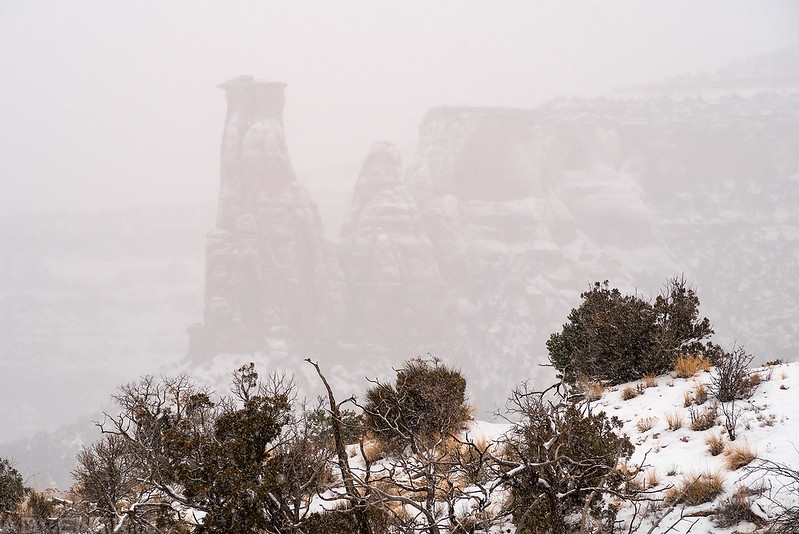 There were no other tracks in the snow, so I think we may have been the first visitors to Independence Monument of the year and decade! 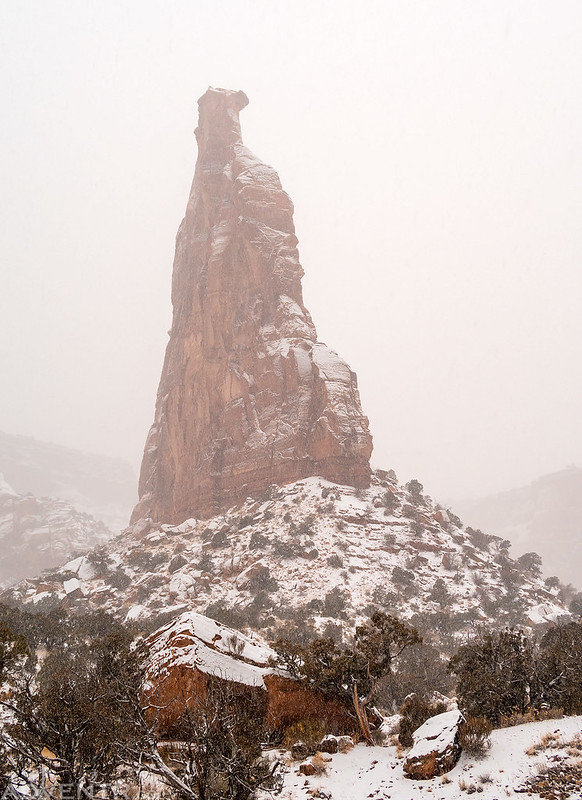 Looking up at The Island from the midpoint of the loop. 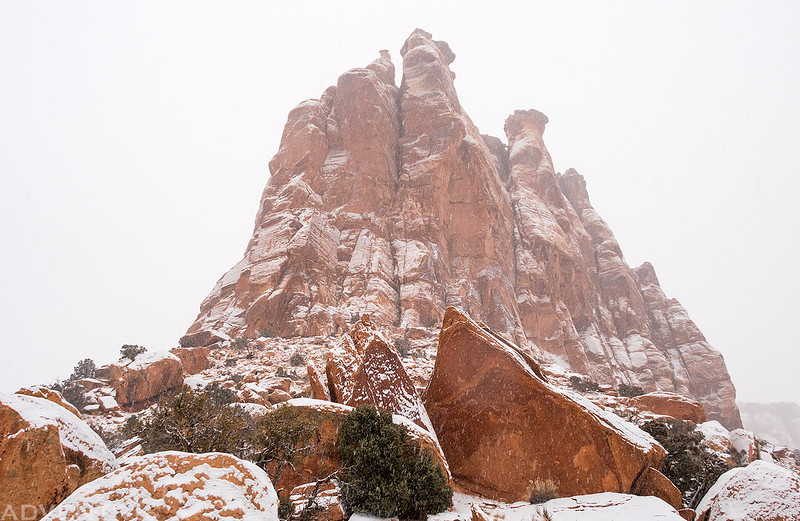 Diane in a Snowstorm 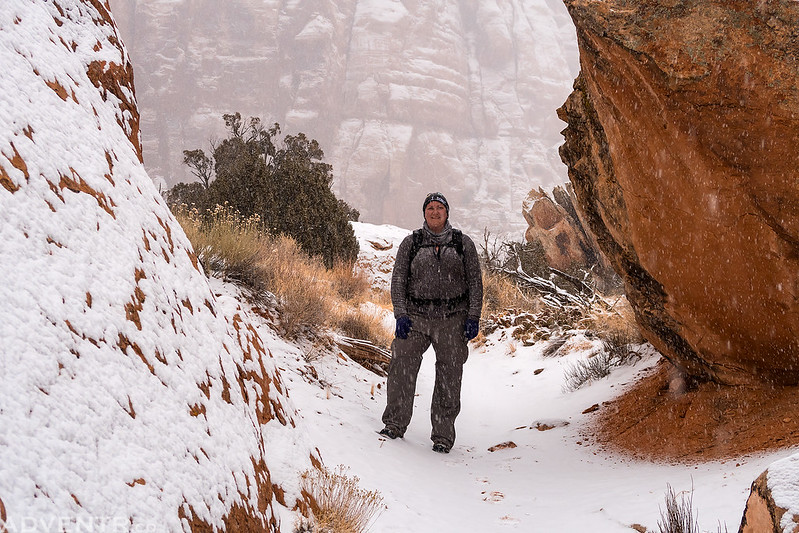 A parting view of Independence Monument as we hiked down Monument Canyon. 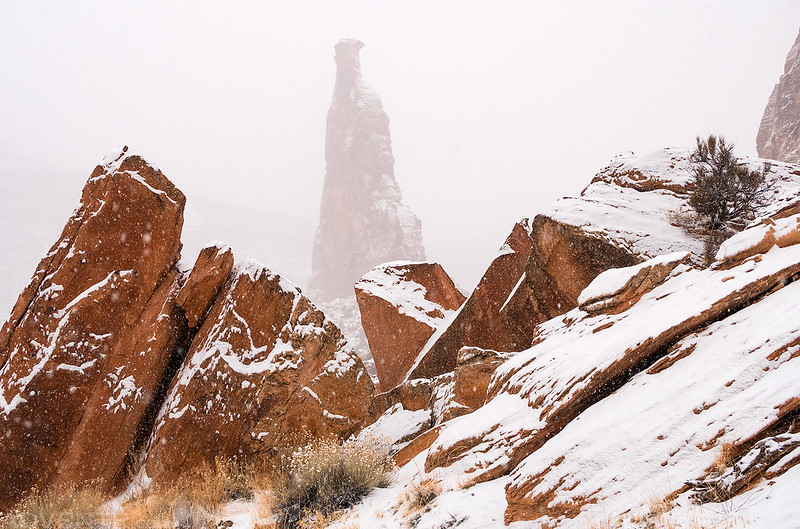 Following along the edge of The Island. 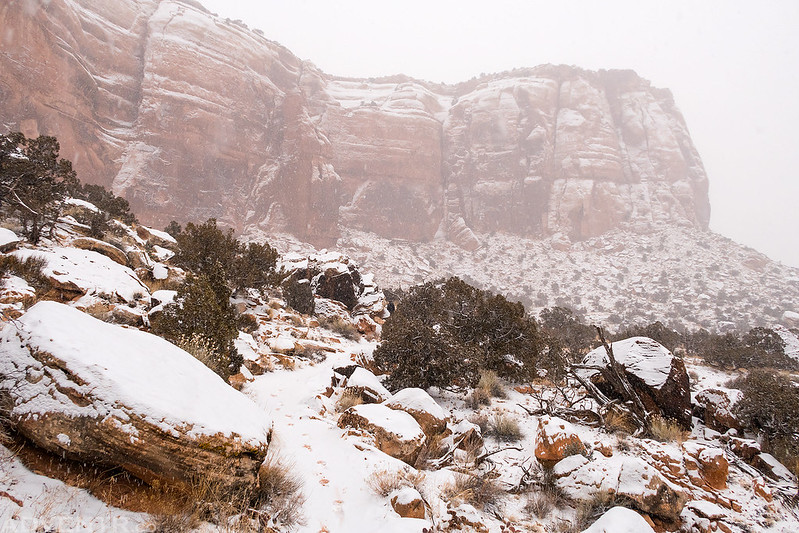 We couldn’t see too far into Monument Canyon. 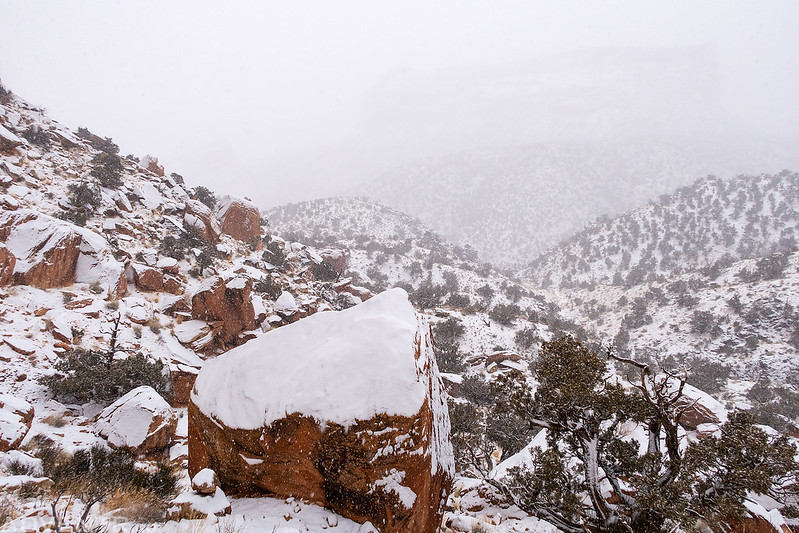 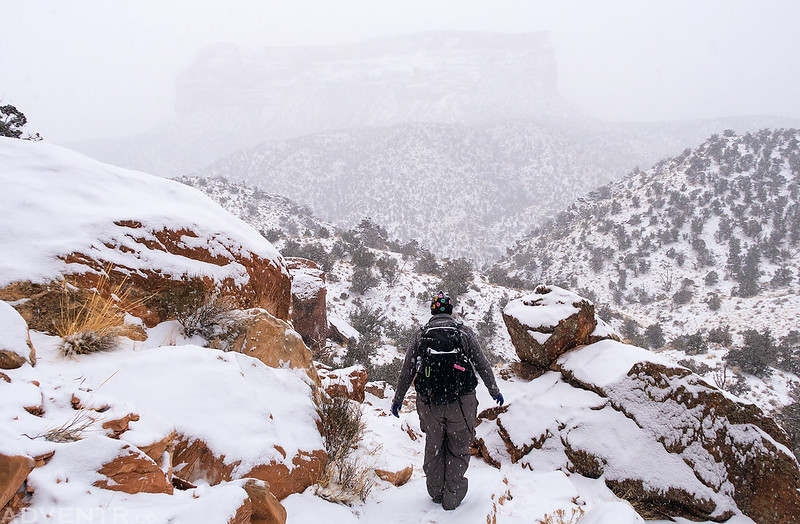 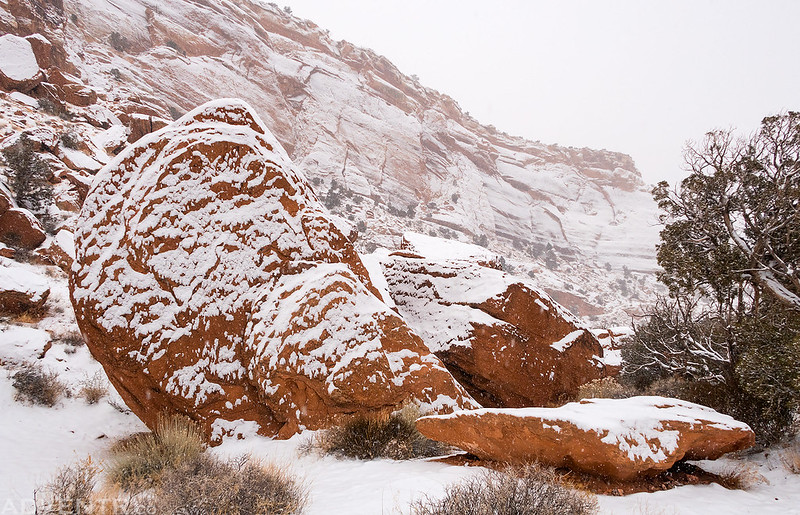 The snow started to lighten up as we descended further into lower Monument Canyon. 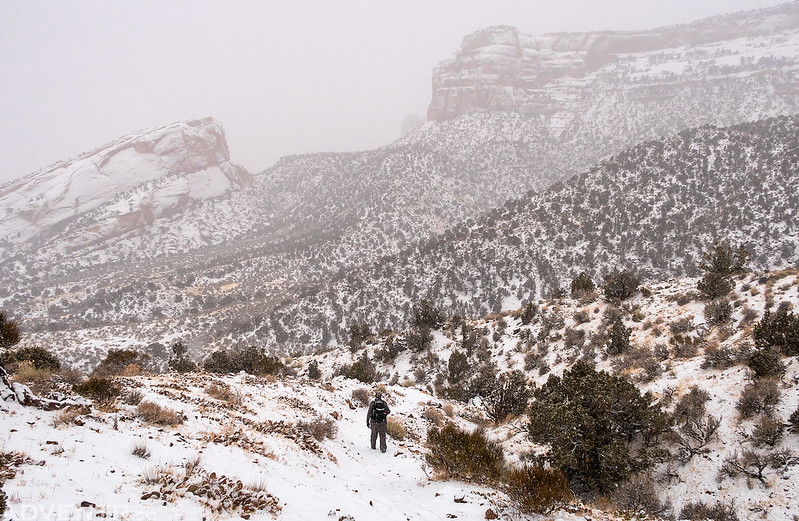 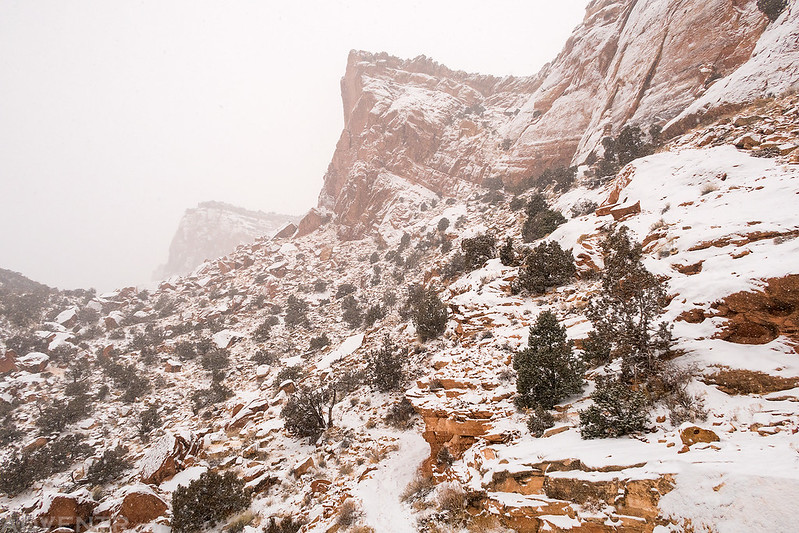 Diane was hoping to see some bighorn sheep on this hike, and she spotted this group just before we left Monument Canyon and headed back to the trailhead. 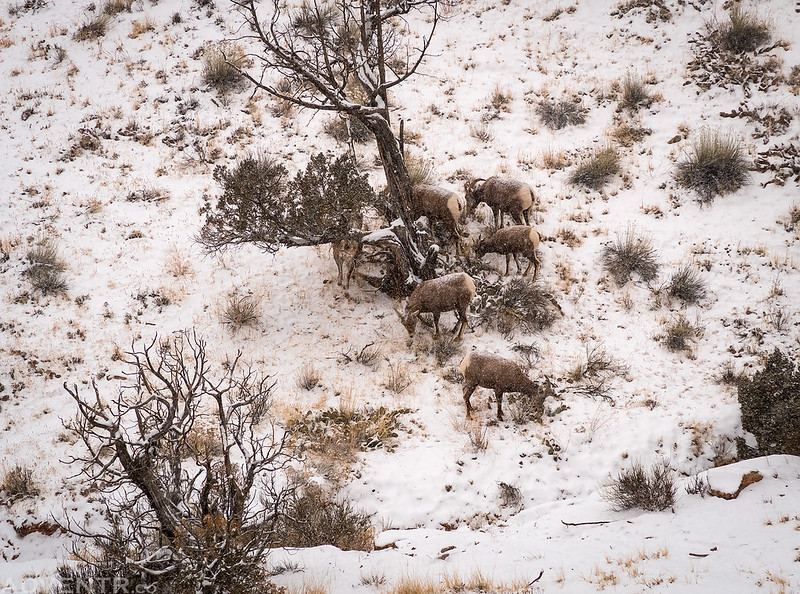