While the clouds were blocking the light in the canyons below me, the light was shining nicely on the clouds that were shrouding the Book Cliffs on the other side of the Grand Valley, so I took out my long lens for a few shots from the Distant View overlook. The high peak in this scene is Corcoran Peak (8,076), which I climbed last year. 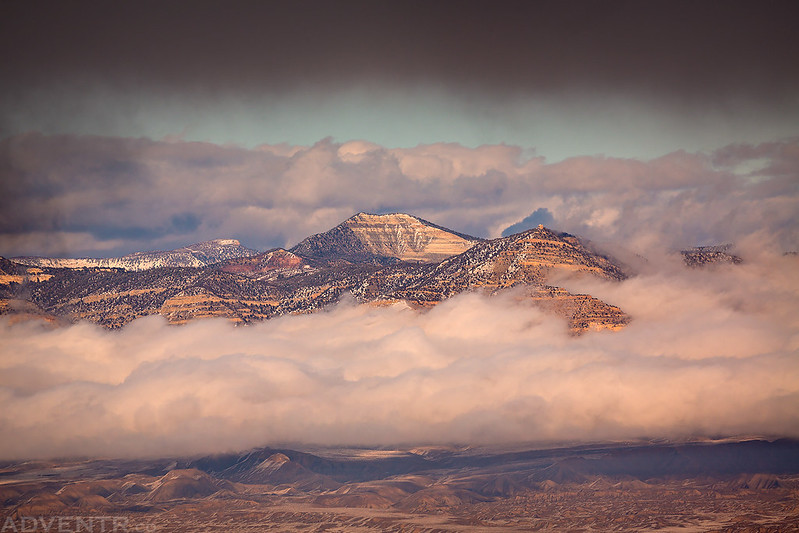 The mix of snow, clouds, and evening light was pretty nice. 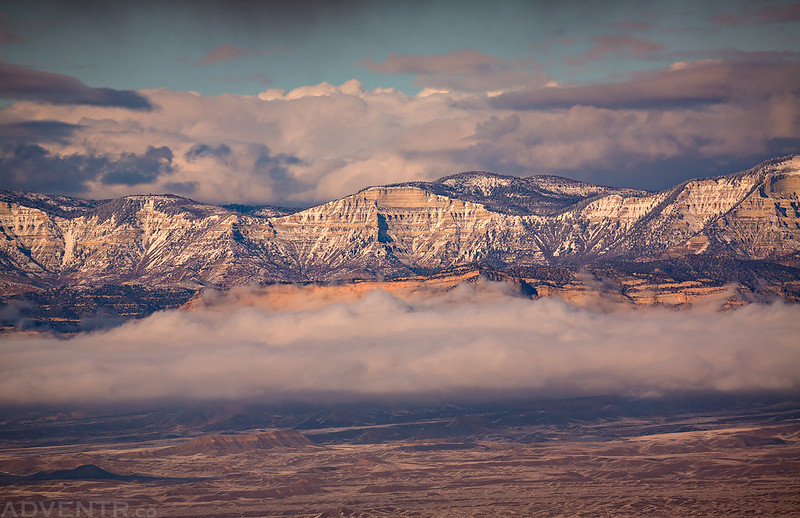 Here’s a view over Window Rock and Fruita to the distant Book Cliffs. 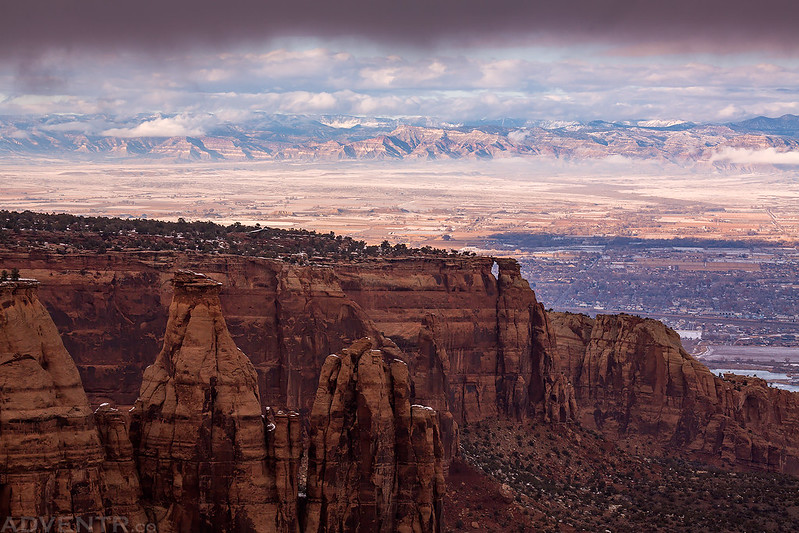 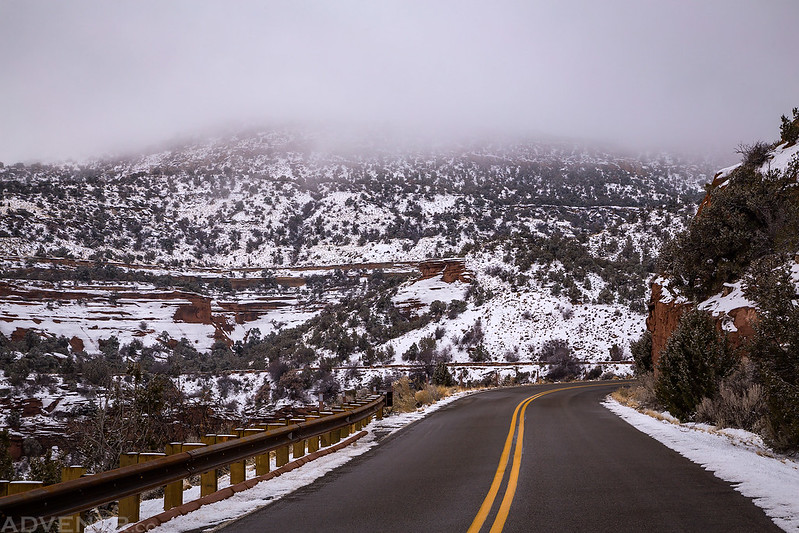 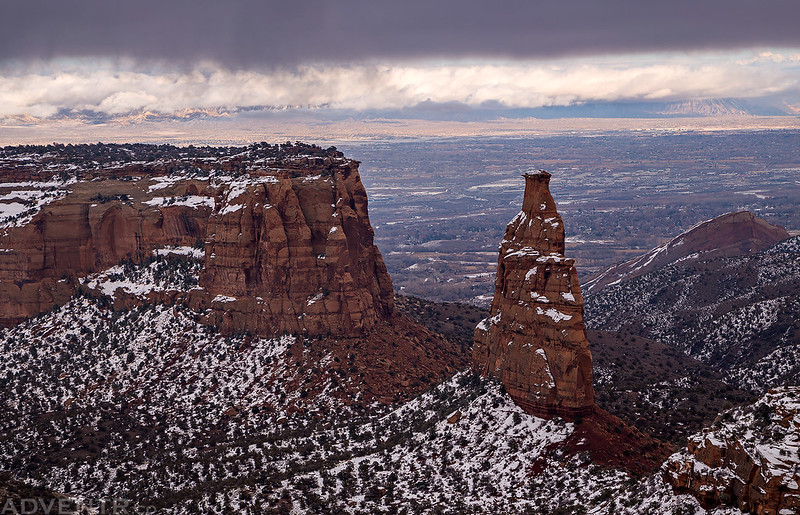 One last view of the Grand Valley as I started driving back home for the night. 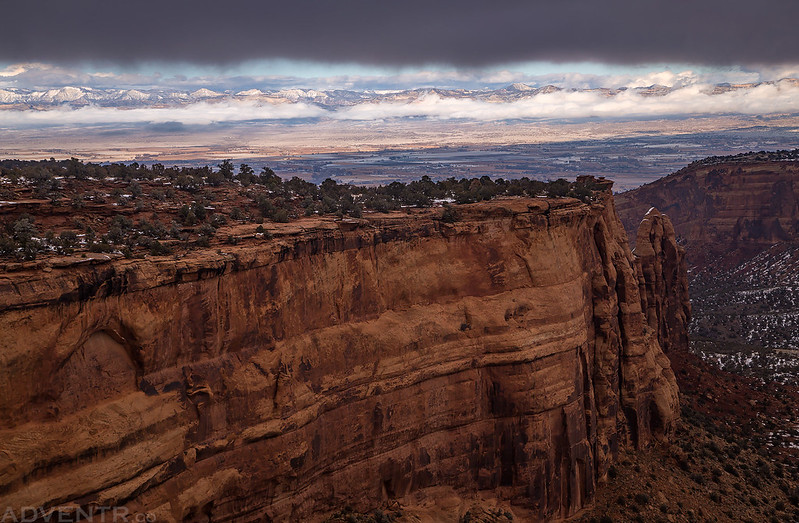