As we drove past Mount Garfield on our way to the trailhead located on the other side, the light was looking good so I had to pull over for a photo. It figures that this would be my best photo all day! 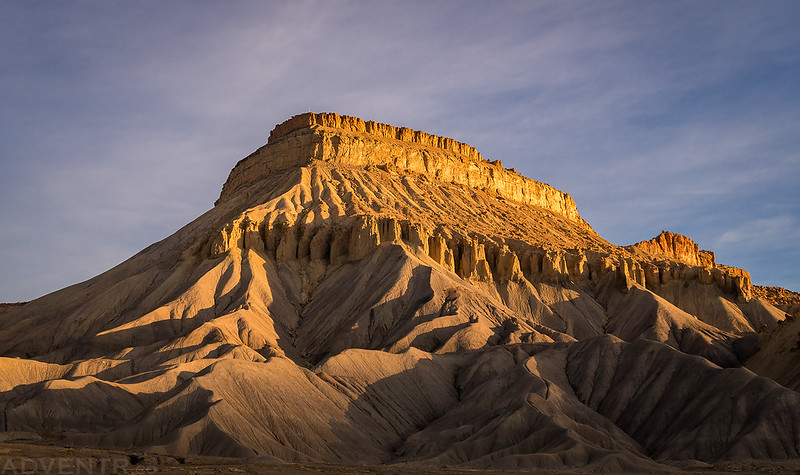 Ready to start hiking up the Hoodoo Trail. 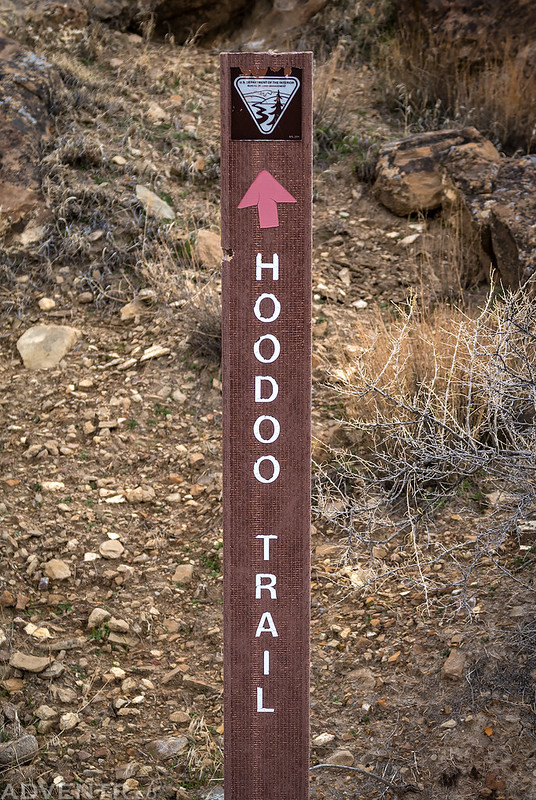 Following the trail along the bench above Coal Canyon. 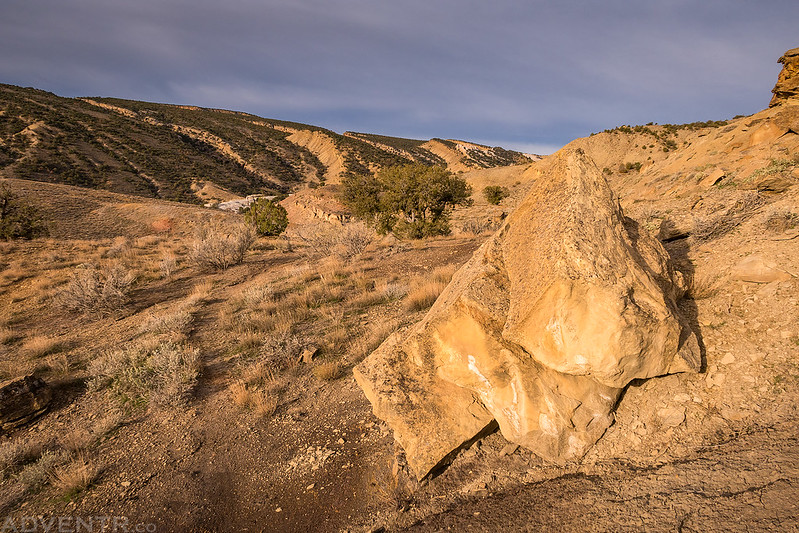 This would be the last photo I took while the sun was still out. After this the sky became overcast and was pretty gloomy the rest of the day. 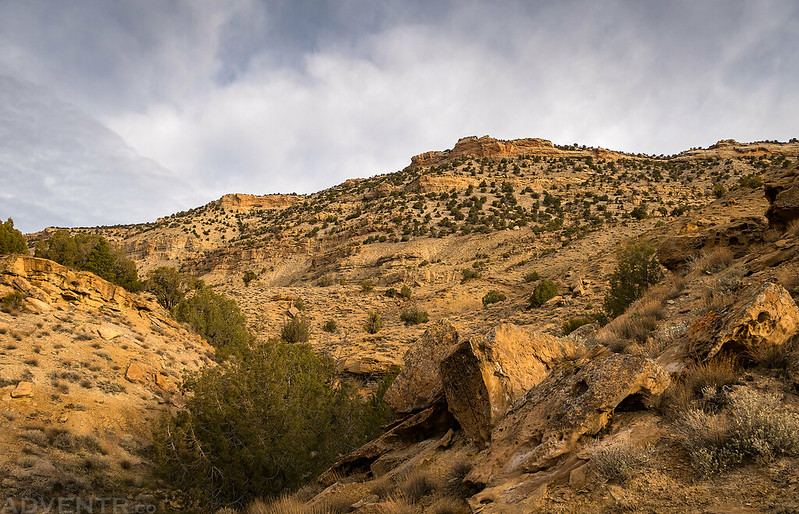 As we passed through this area we noticed a lot of broken glass on the ground and then saw this little sign that stated there was a plane crash here in 2003 where all four passengers died.
Diane did a little searching and found this information about the Cessna A185F that crashed here. 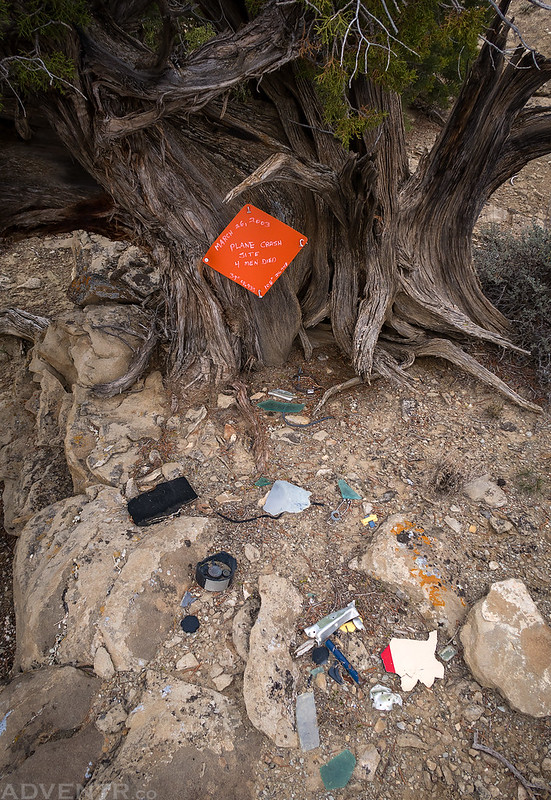 Near the end of the trail we reached the three large hoodoos that give this trail its name. 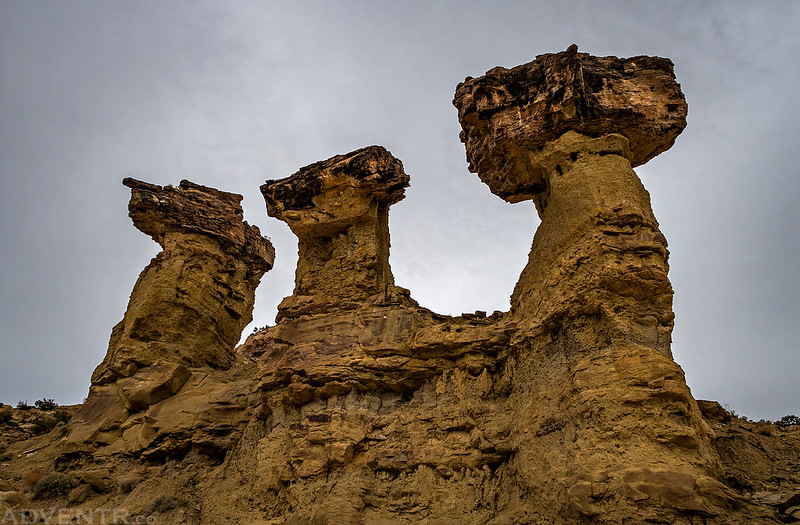 Just in case you weren’t sure what you were looking at! 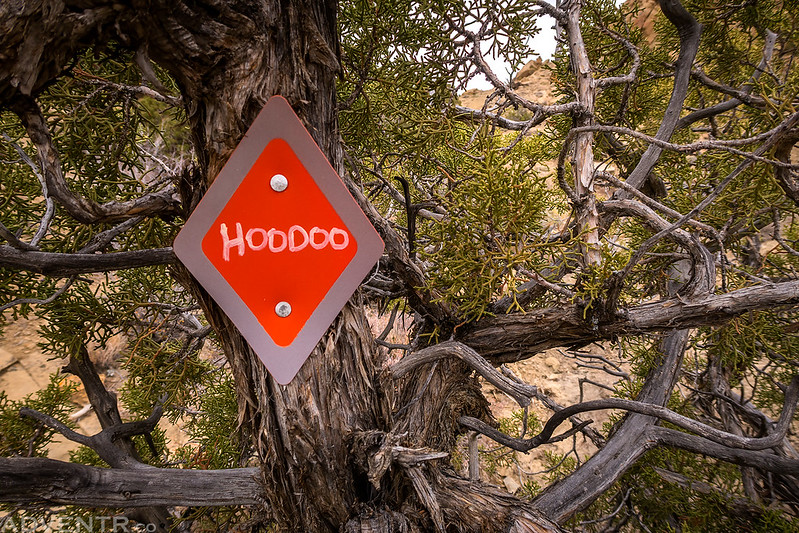 After passing the hoodoos Diane waited for me while I climbed the 600 feet to the top of the ridge where this trail meets a couple of others. As I neared the top a had a good view of the backside of Mount Garfield on the other side of the canyon. 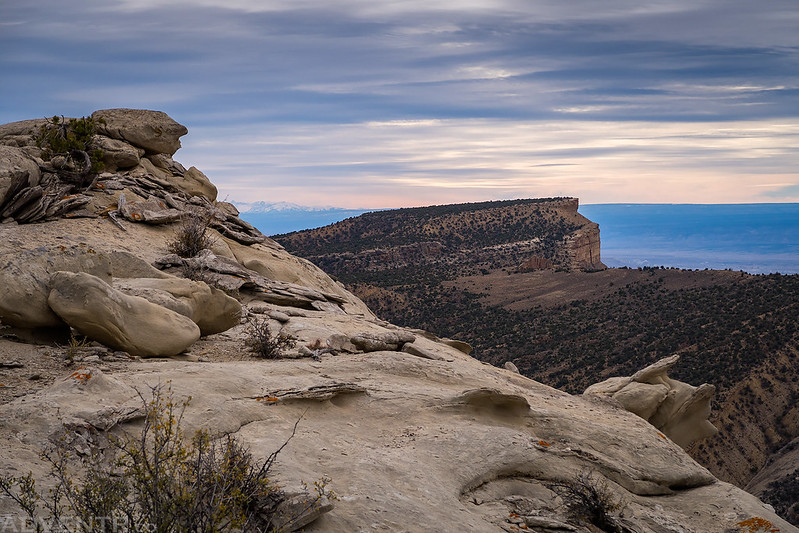 Up at the intersection with the Spring Creek Trail and Ute Trail on the top of the mesa. 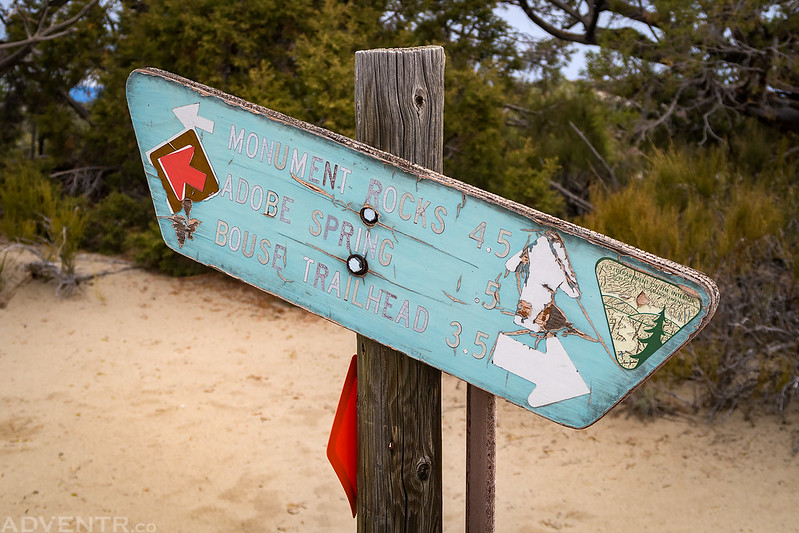 I walked over to the edge of the canyon for another look at Mount Garfield and I could see the snow-covered Sneffels Range on the horizon beyond the Grand Mesa. 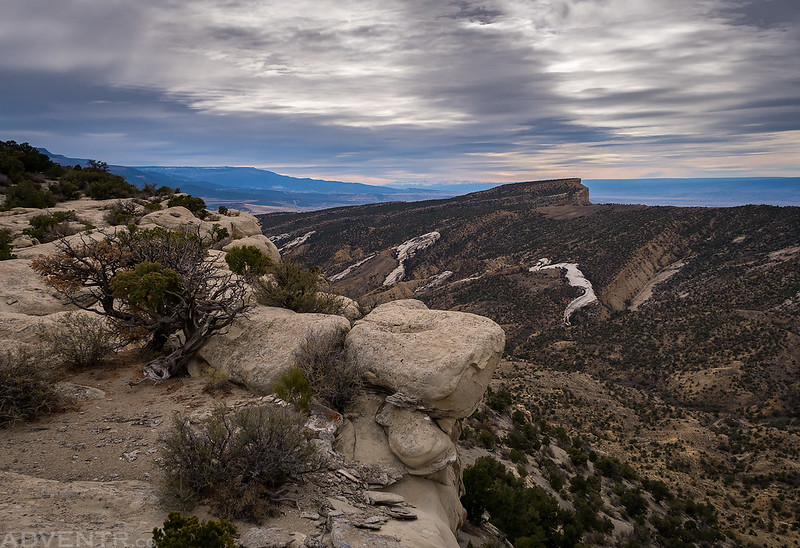 A close look at some cacti along the trail. 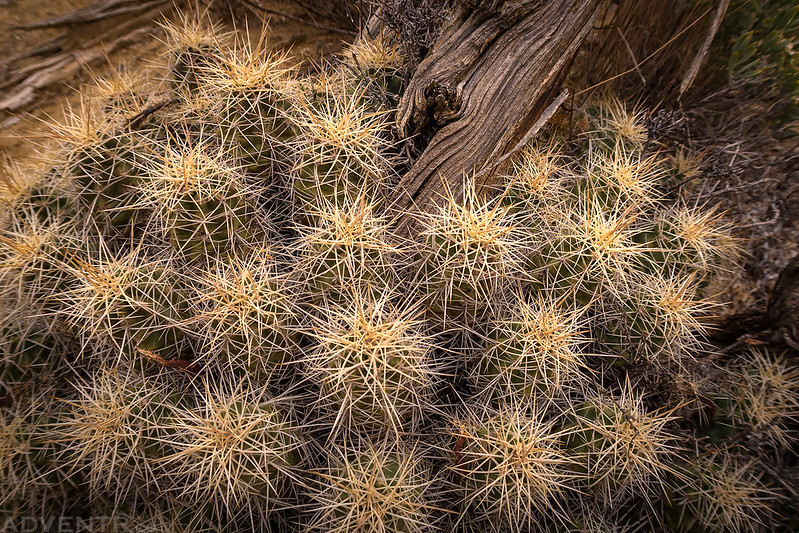 After returning to my Jeep and starting the drive back to Cameo, Diane spotted this marker from 1916 a short distance from the road. 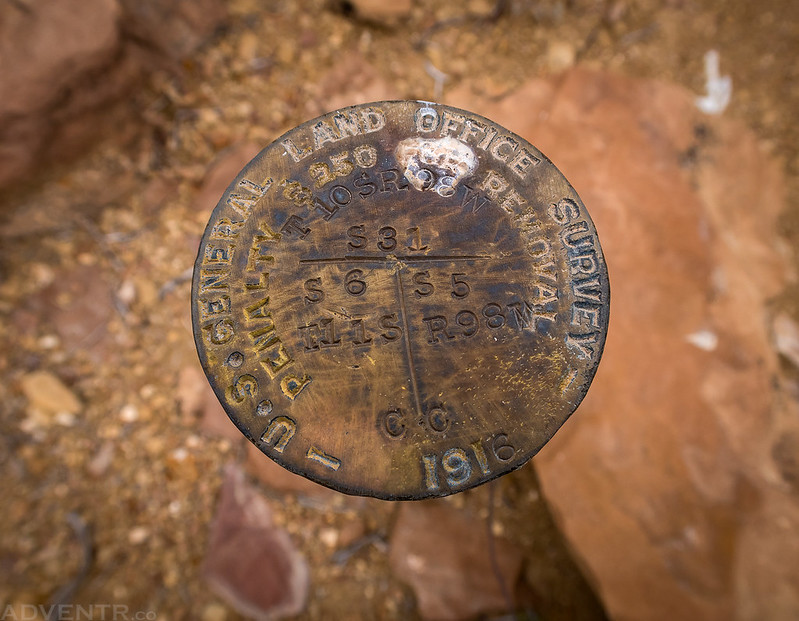