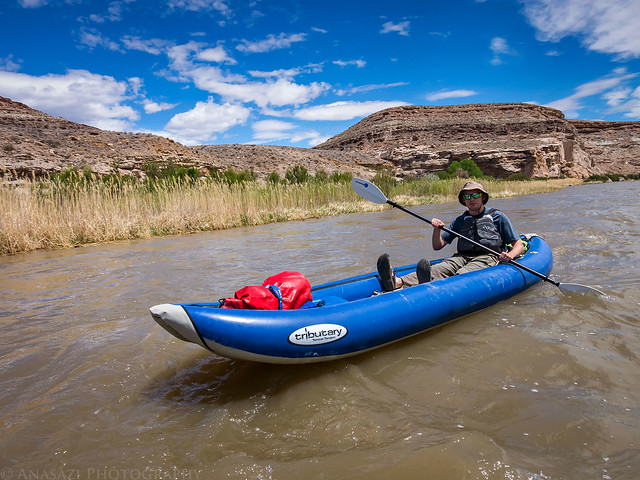 Late Saturday evening Jackson and I were trying to decide whether or not we should still go on this trip or just cancel it. The weather forecast was calling for the temperature to be in the low 70’s, which would be the warmest it had been for a few days, with mostly sunny skies. That sounded OK to us, but we were a little concerned about the water level which was flowing between 8,000cfs and 10,000cfs. That’s pretty high for the lower Gunnison, especially for a stretch of river none of us had been on before. Later on Saturday night there was also a Hydrologic Outlook Warning issued for the lower Gunnison River that was going to last a few days. We almost cancelled the trip since we didn’t want a repeat of our trip through Ruby and Horsethief Canyons at high water because that was not a fun day. In the end we decided to go for it! Weather Update: A Hydrologic Outlook has been issued for the lower Gunnison River. As we head into next week, temps will start rising for the higher elevations allowing the snowpack to start melting, causing the river level to possibly rise. Please be aware of swift and unpredictable currents, possible debris in the river and unstable banks.

I met Chris at Jackson’s house on Sunday morning and then we drove over to the takeout near the mouth of Escalante Canyon where we got a good look at the river. It was high and moving pretty fast (just over 8,000cfs), but it didn’t look very dangerous. The water was a very cold 51 degrees this morning and I knew that I would not want to go for a swim today! We loaded everything into my Jeep, left Chris’ car at the takeout and finished the drive to Confluence Park in Delta where we started getting our boats ready. When we arrived at the boat ramp there were two older guys fishing from right in the middle of the ramp and they didn’t seem very happy that we showed up. One of the guys kept giving us dirty looks and rolling his eyes as we prepared our gear. If you are going to fish from the middle of a boat ramp, there’s always a chance that people with boats are going to show up to use it! We ignored them and were on the river shortly after arriving. Again, the water was moving very fast and we anticipated that this would be a relatively quick trip!

Just about ready to leave Confluence Park in Delta. 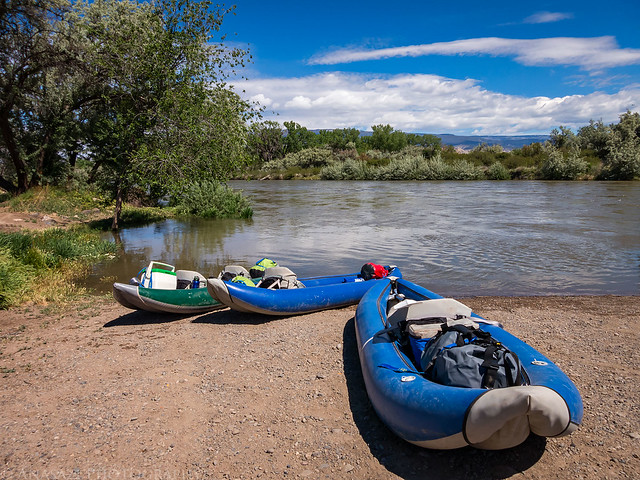 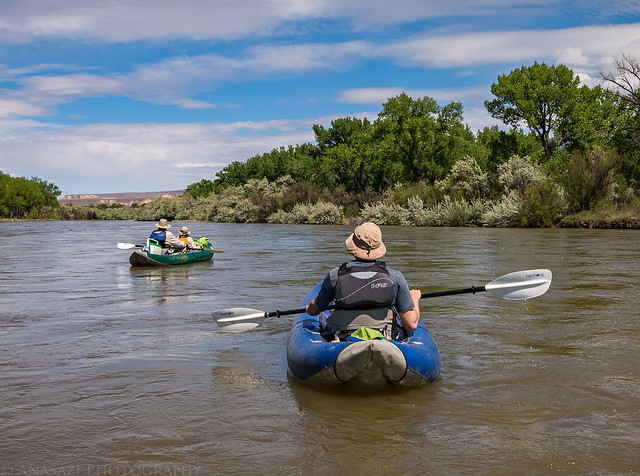 The float started out with us travelling next to ranches, farms and homes as we left Delta with nice views of the Grand Mesa, West Elks and even the San Juan Mountains on the horizon. After about 20 minutes on the water we stopped for a quick lunch and then carried on. 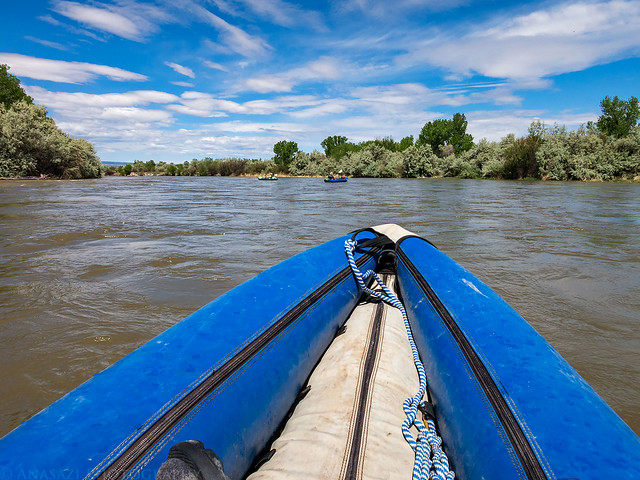 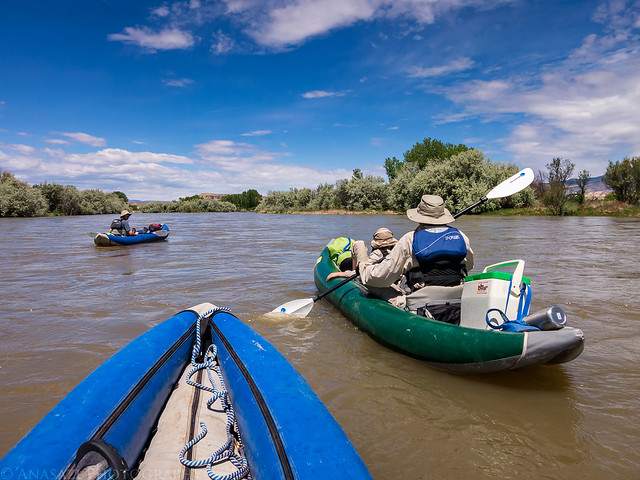 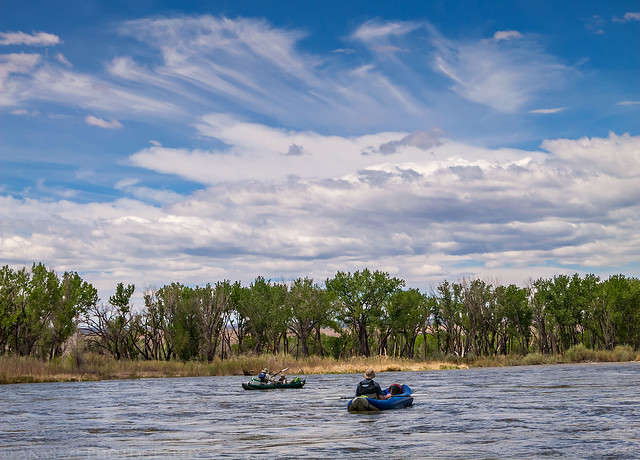 A nice view of the Grand Mesa behind Chris. 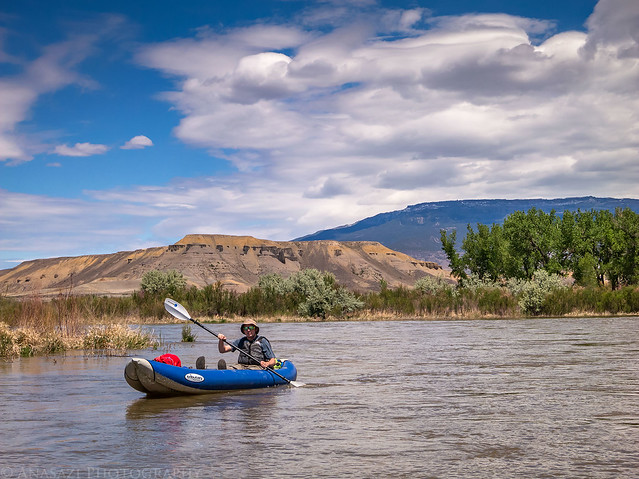 There were three bridges along the way that we were a little worried about, but none of them gave us any problems. Here’s Chris just past the railroad bridge. 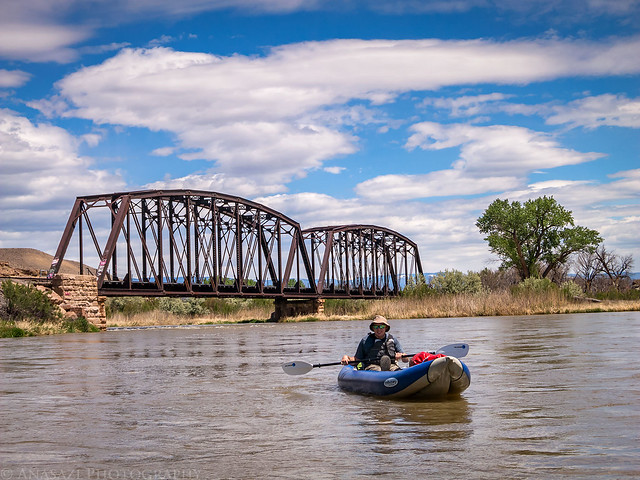 After leaving town the river entered a nice shallow canyon within the Dominguez – Escalante National Conservation Area. This was the most scenic part of the trip. 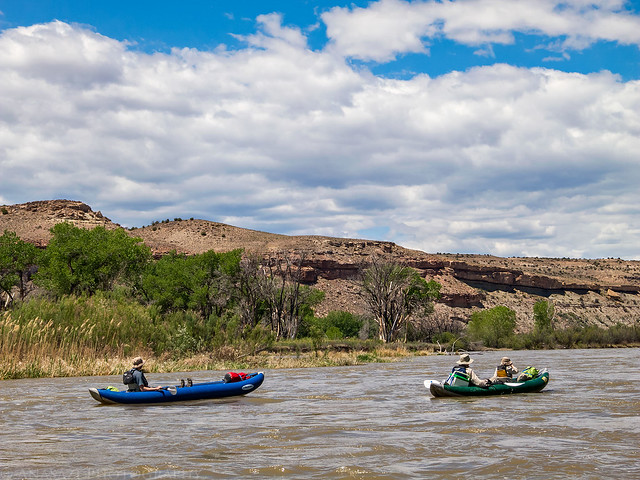 Jackson had a little issue with the bottom of his boat losing air, so he had to pump it back up a couple of times. 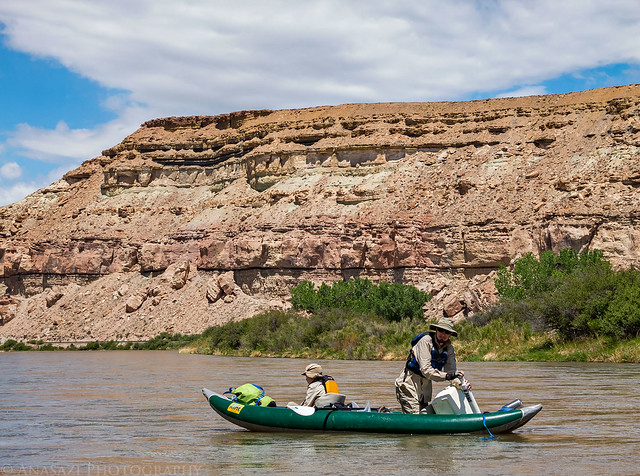 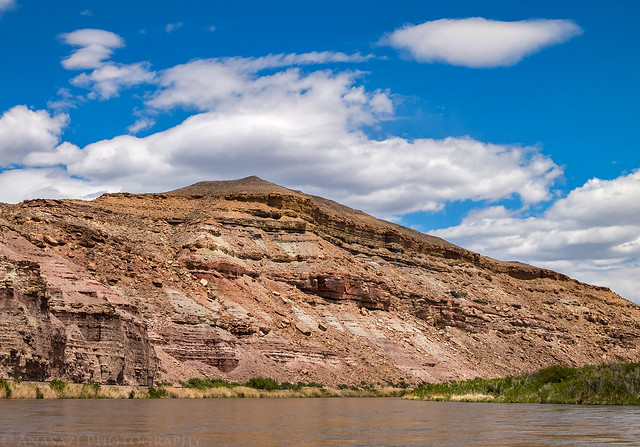 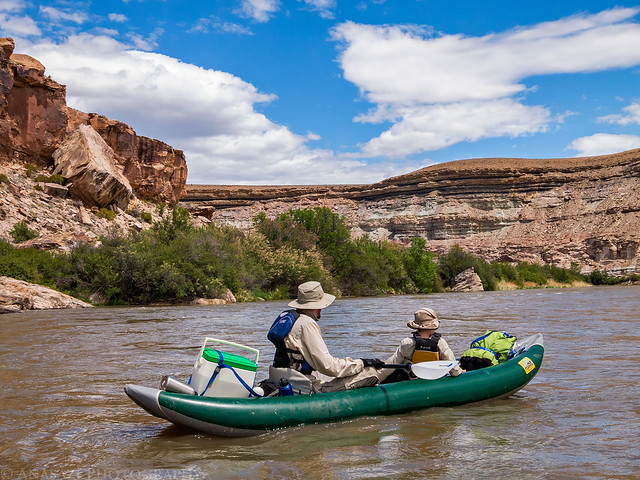 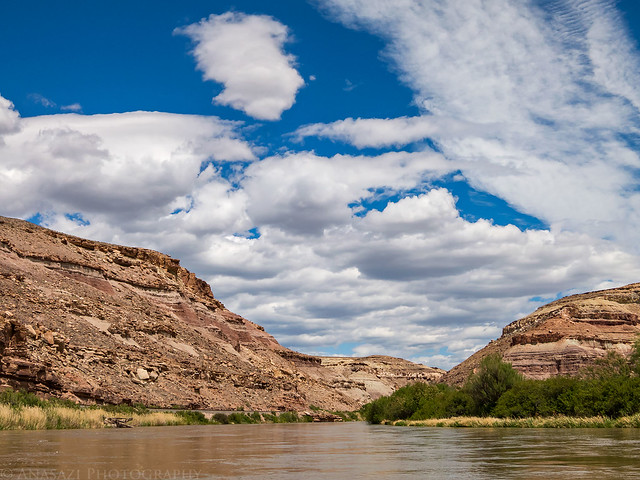 Our takeout is just around the next bend… 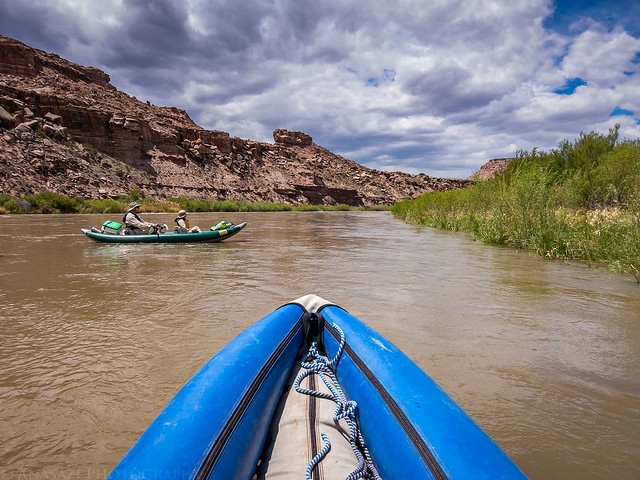 We arrived at the takeout after floating 15 miles in 2 hours and 40 minutes, which includes the brief stop for lunch. As we expected, the stretch was flat water the entire way with one little riffle. The sun was out for much of the trip which kept us warm and there was very little wind, which was nice. Throughout the trip clouds began to build into storms, but those didn’t reach us until we were off the river. It was a nice half-day trip that’s close to home and now I’ve run the Lower Gunnison River from Delta all the way to Whitewater.