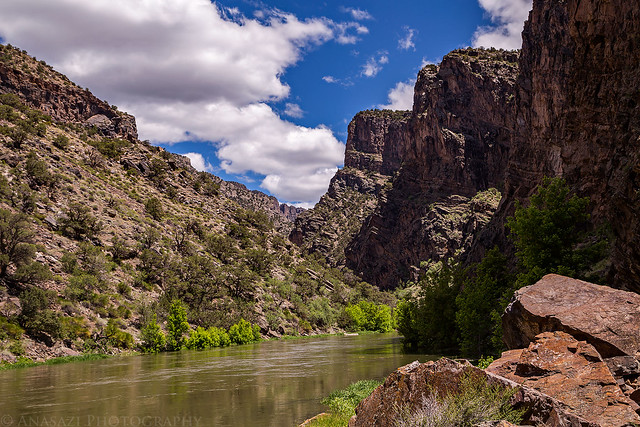 A nice view up the Gunnison River from the bottom of the Chukar Trail in the Black Canyon.

After replacing the battery, we loaded up the Jeep and drove around the Grand Mesa through Delta and Olathe and into the Gunnison Gorge National Conservation Area to the Chukar Trailhead. Unfortunately, the road still had not had quite enough time to dry out and there was a steep and slippery section of clay that stopped us about a mile short of the actual trailhead. We parked the Jeep there and hiked the road the rest of the way.

A nice view over the Gunnison Gorge as we hiked along the road to the actual trailhead. 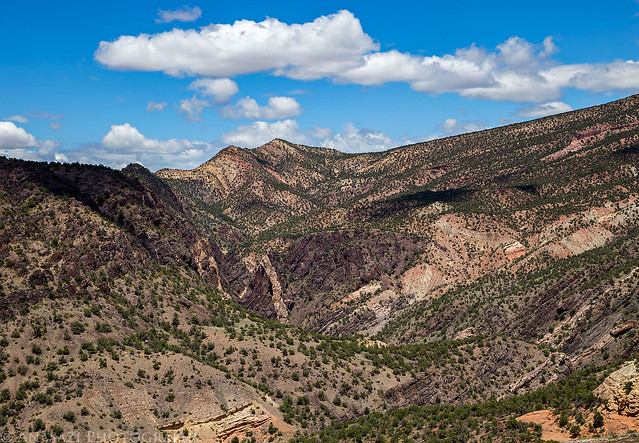 Diane descends the Chukar Trail into the gorge. 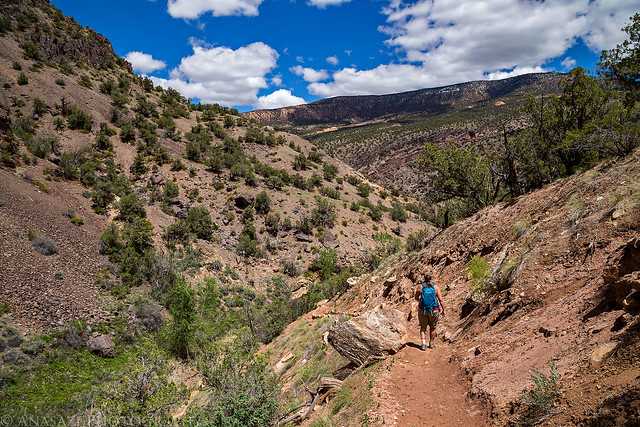 Following the trail near a sandstone ridge. 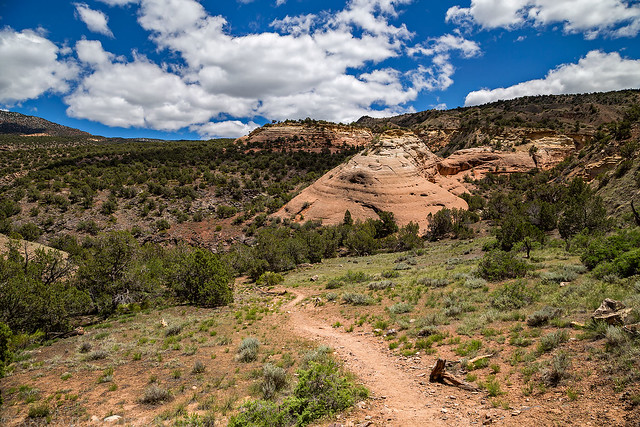 After descending a number of switchbacks, the trail follows through a nice canyon the rest of the way to the river. 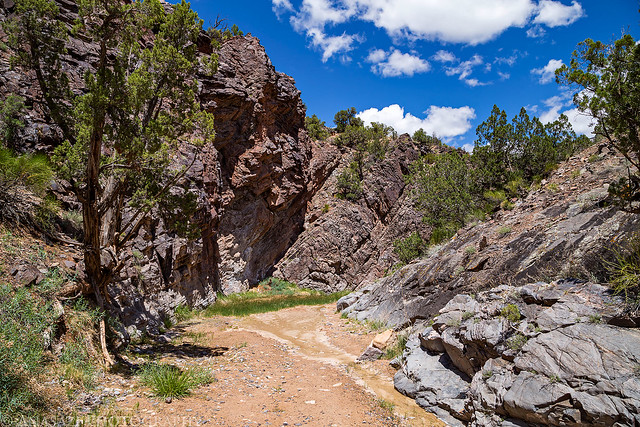 Our first view of the Gunnison River at the end of the trail. It was running pretty high with spring runoff. 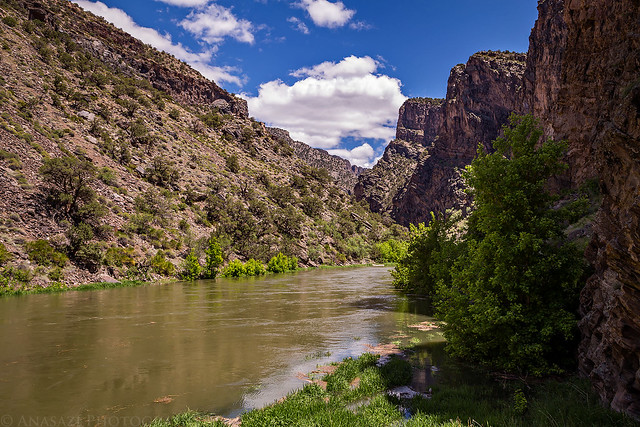 The Chukar Trail meets the Gunnison River just downstream of the Black Canyon of the Gunnison National Park boundary, and it’s actually not too far below the confluence with Red Rock Canyon, where Diane went on her very first backpacking trip with me.

The view downstream in the Gunnison Gorge. 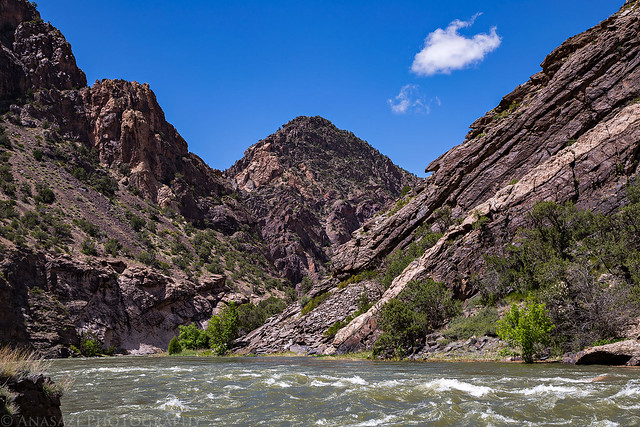 Headed back up the canyon. 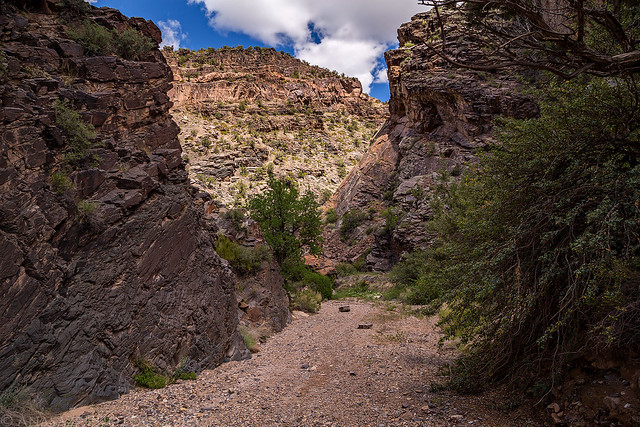 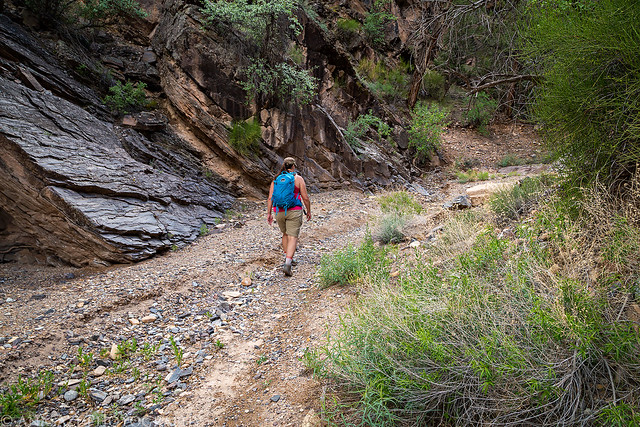 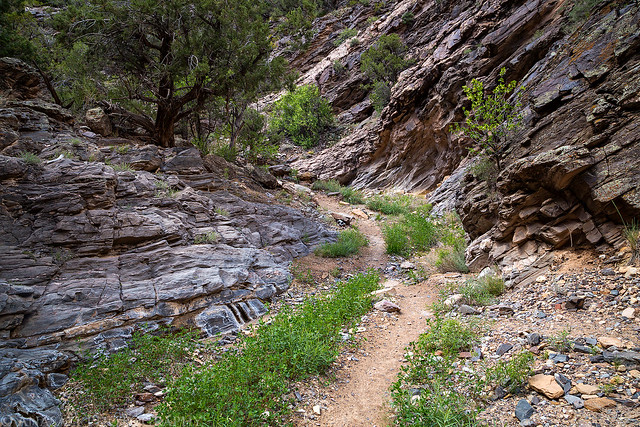 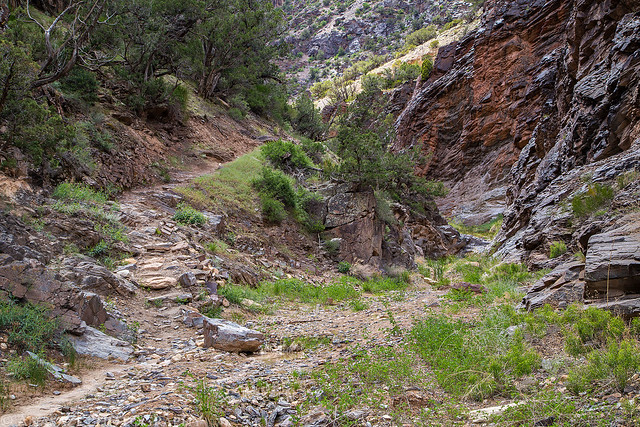 There’s definitely some interesting geology in this area.

This is a well-maintained trail into the gorge. 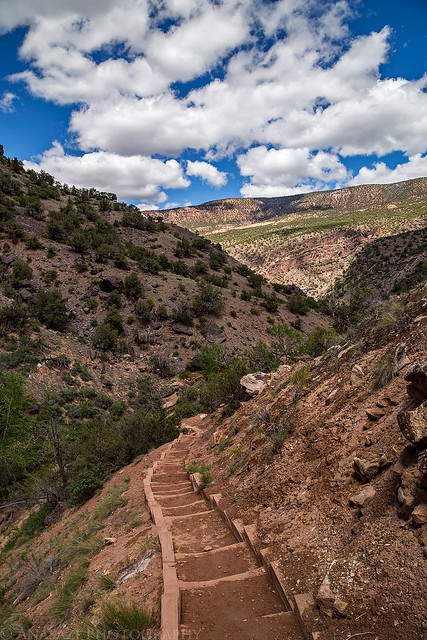 View from an overlook near the top of the trail. 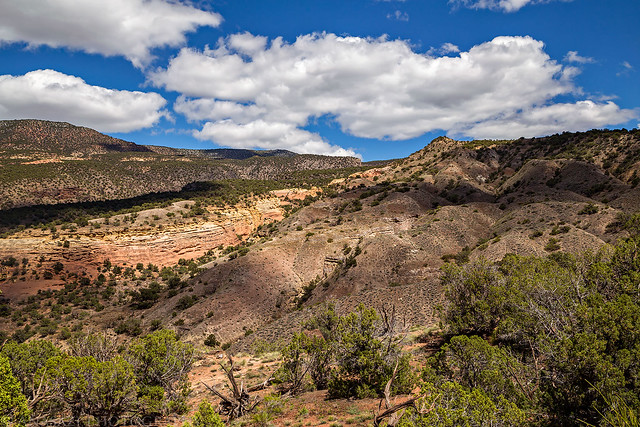 Hiking back along the road to the Jeep. The road was pretty dried out by now. 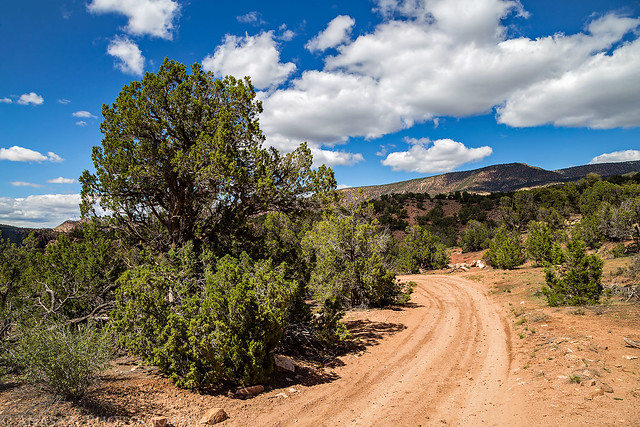 Below is a map and GPS track of the hike in case you want to check it out for yourself.