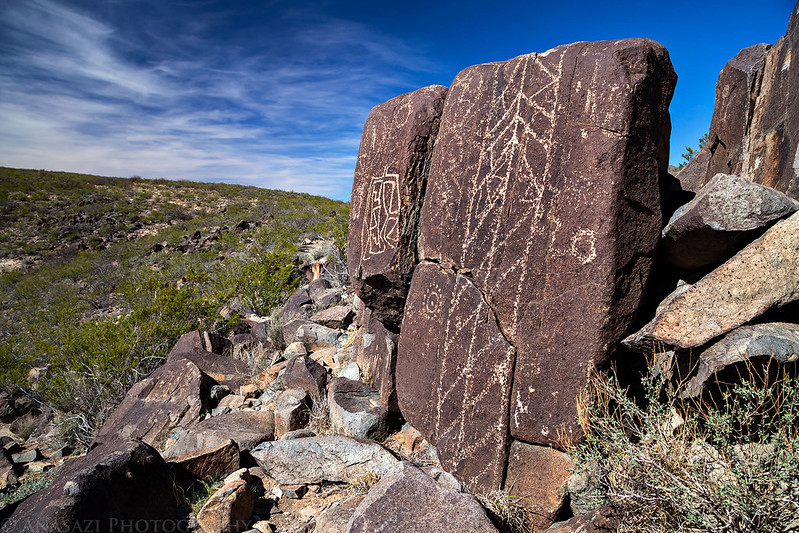 The Three Rivers Petroglyph Site is located on a basaltic ridge that rises from the Three Rivers Valley near the base of the Sierra Blanca (White Mountains) which contains many examples of prehistoric Jornada Mogollon rock art. According to information I have read about this site, there are over 21,000 petroglyphs located here including masks, sunbursts, wildlife, handprints and geometric designs. 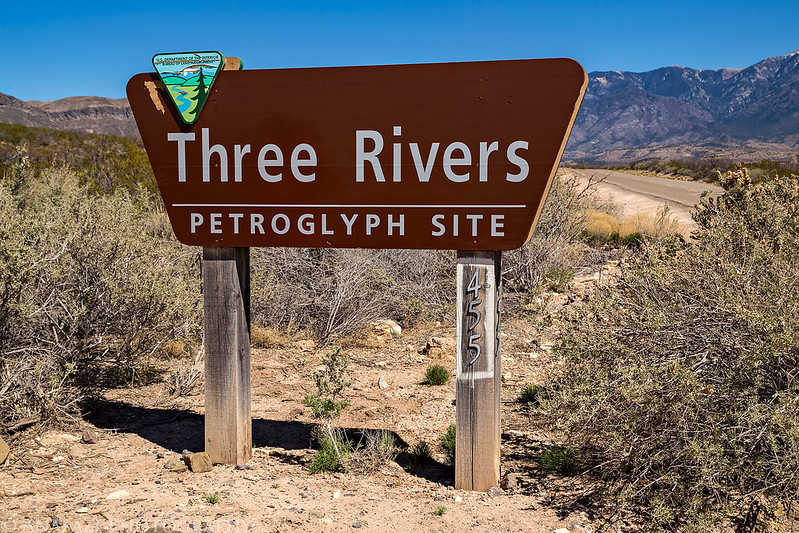 We spent a few hours exploring the site and searching for petroglyphs scattered among the boulders on the ridge. We found quite a few of them and probably could have spent a lot more time searching and continued to find more. This site definitely will warrant a return visit the next time we are down this way.

Here are a selection of photos of the many petroglyphs that we saw. 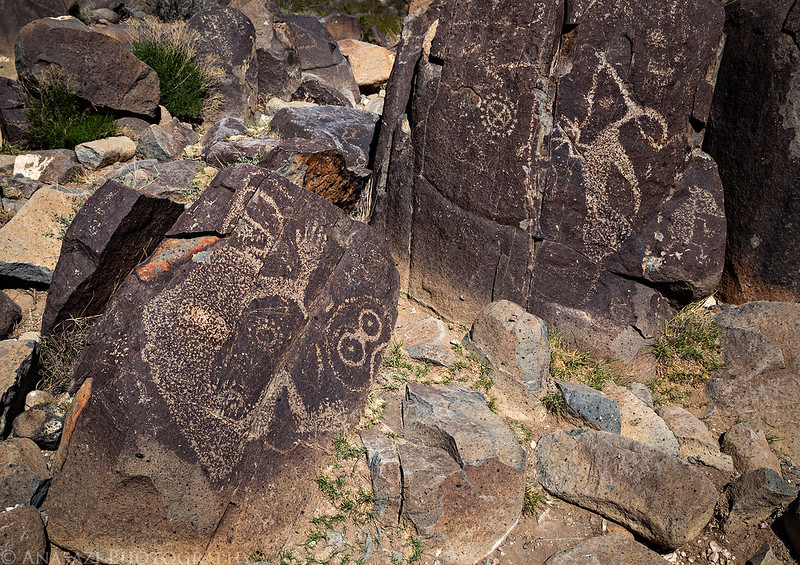 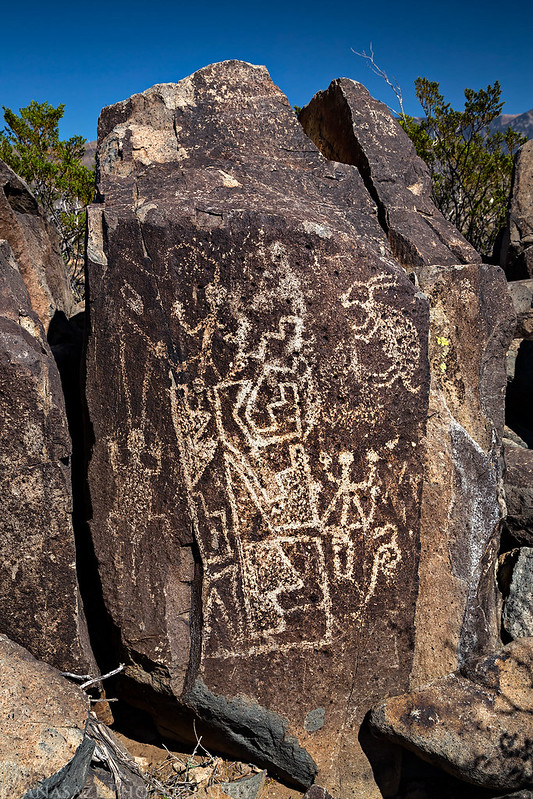 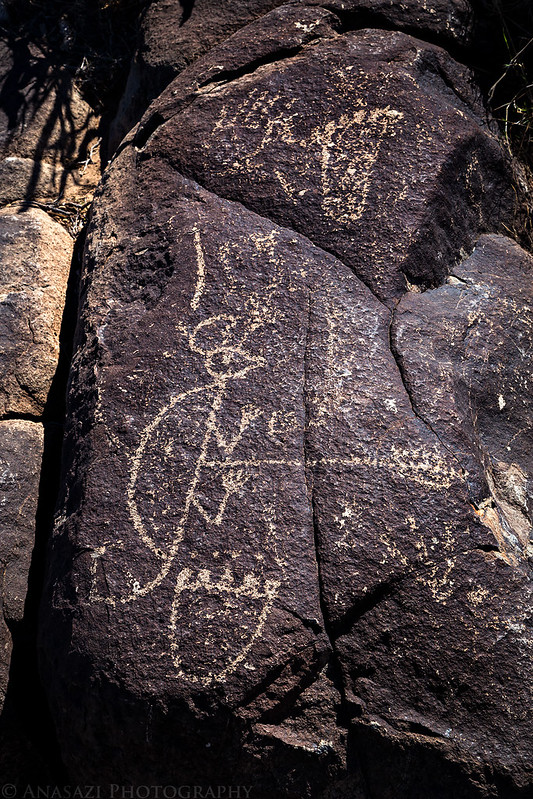 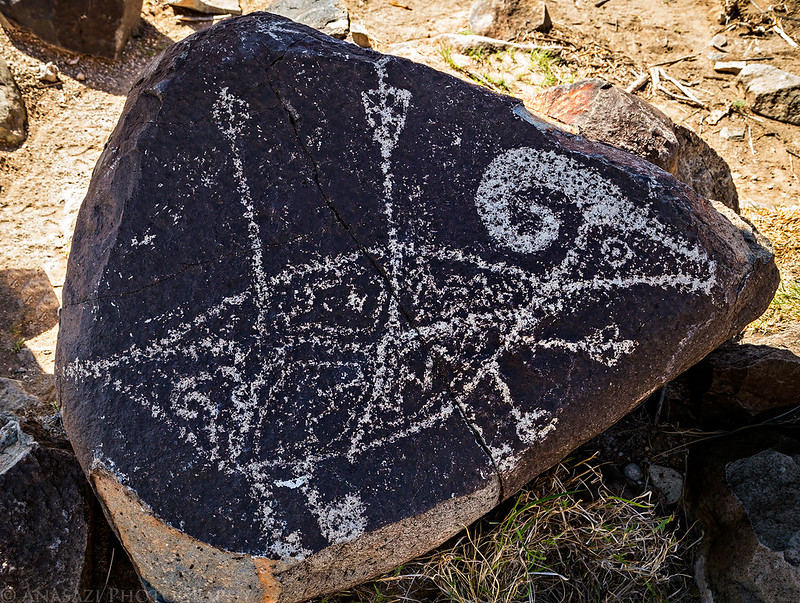 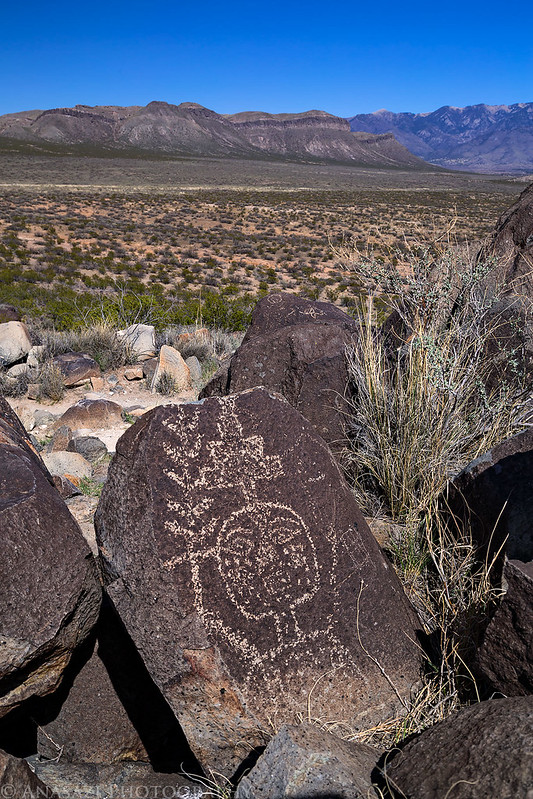 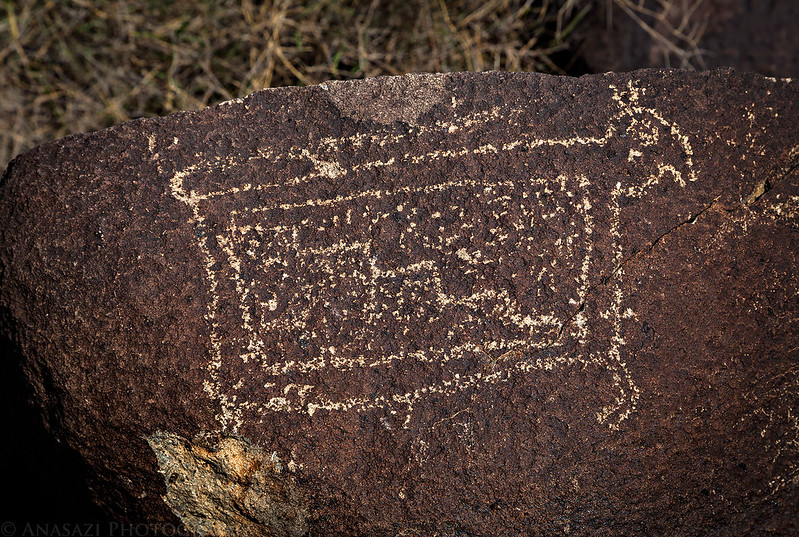 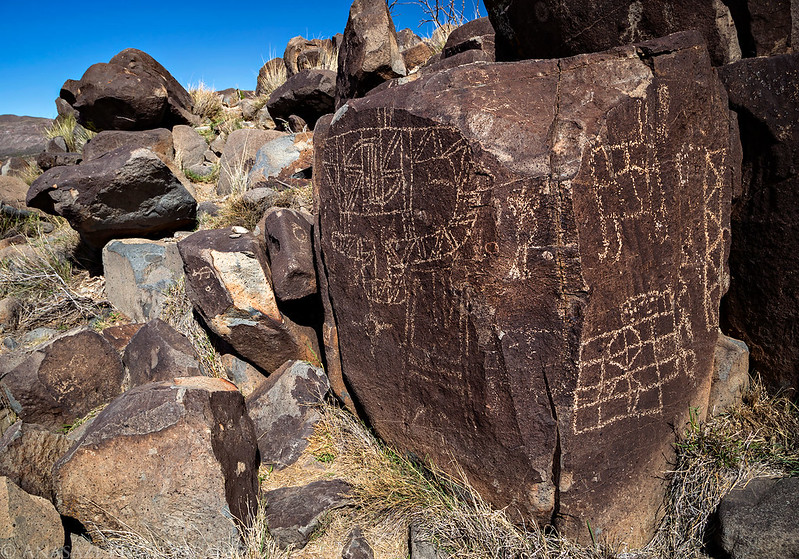 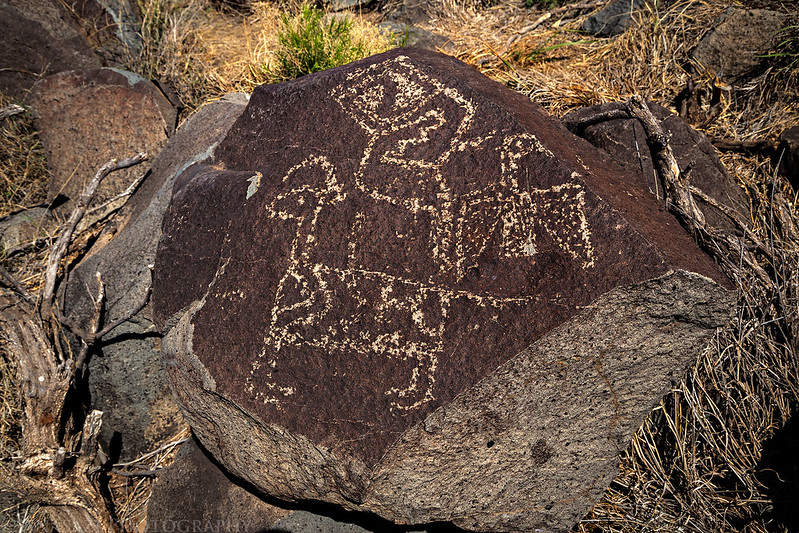 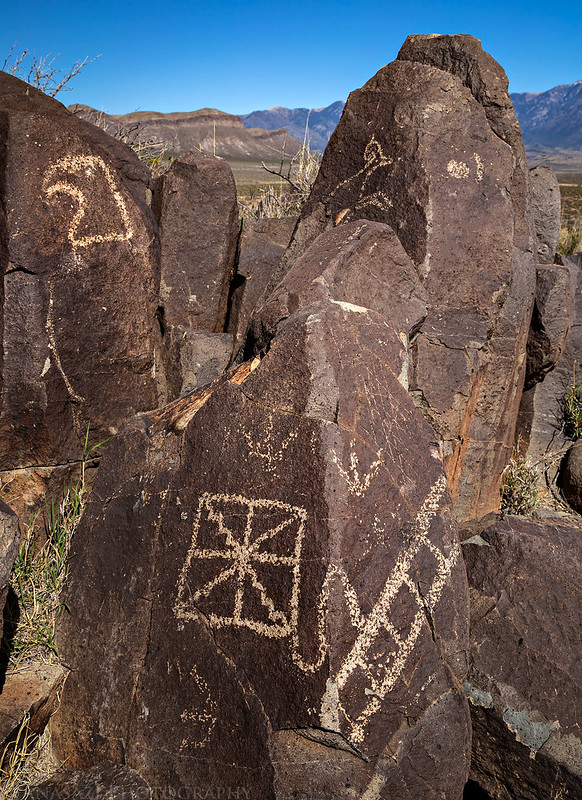 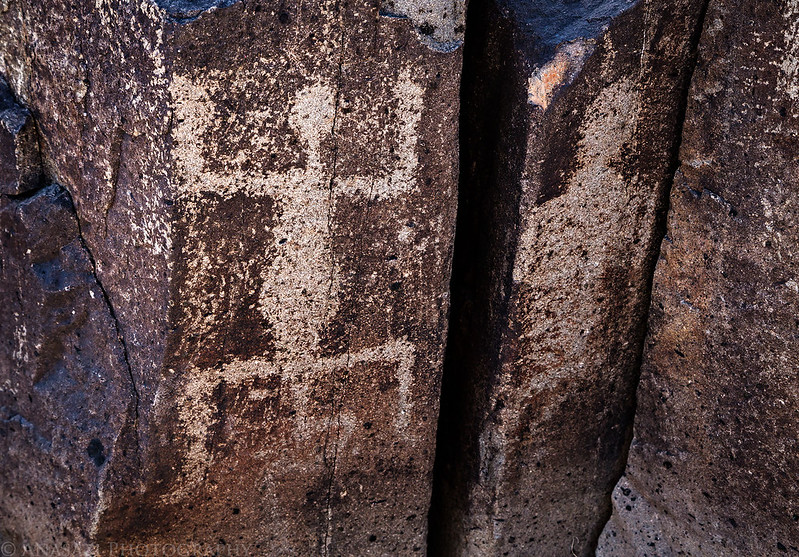 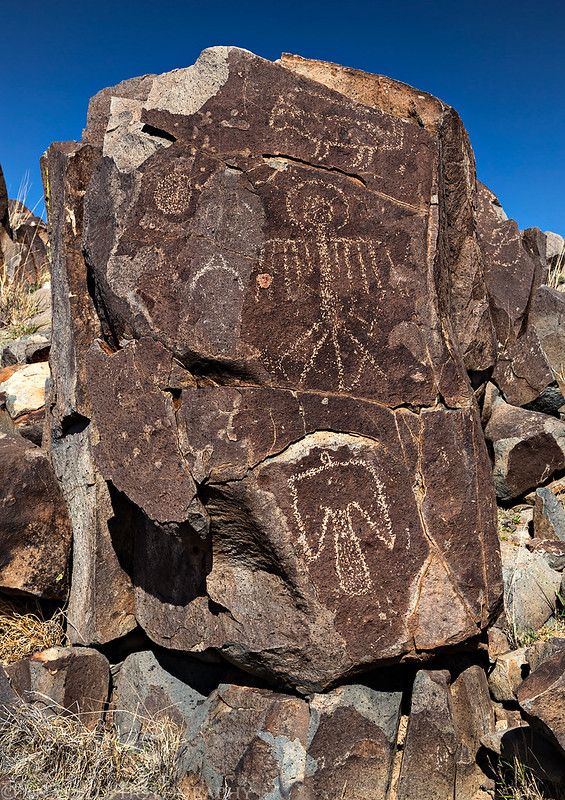 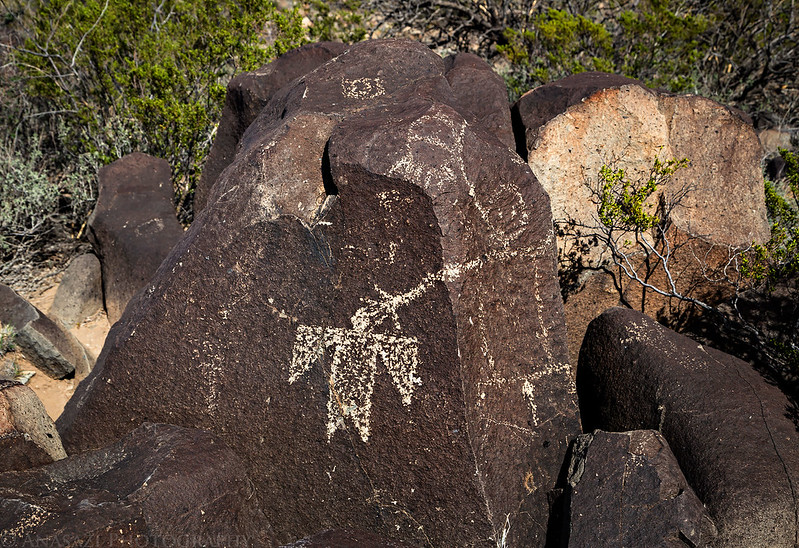 While we were driving through Alamogordo earlier in the day we noticed that there was a Carino’s Italian Restaurant in town. This was one of our favorite restaurants until the one in Grand Junction closed a few years ago, so after we returned to town we took the opportunity to have dinner there. It was just as good as I remembered!