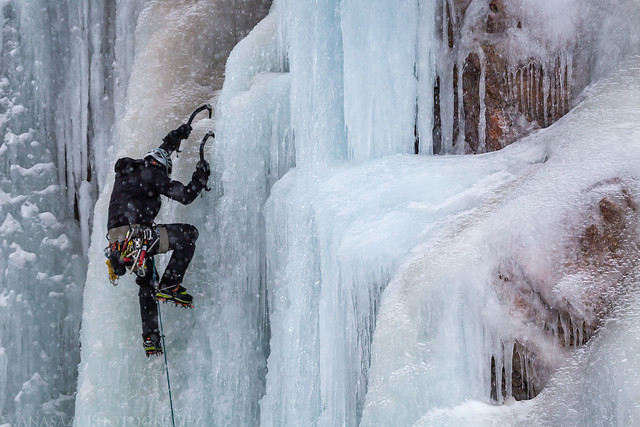 An ice climber in a snowstorm at the Ouray Ice Festival.

Snow was in the forecast for much of the day and it was snowing in the Grand Valley when I left home, but as soon as I got out of Mesa County the roads were good and dry the rest of the way to Ouray. As usual, I stopped at Mouse’s for a Mocha Shake before finishing the drive to the Ouray Ice Park for the event. When I first arrived the Mixed Climbing Competition had just started. While it’s fun to watch the Mixed Climbing Competition, I really enjoy photographing the other climbers around that aren’t competing. After a few hours spent watching and photographing the ice climbers it finally started to snow pretty heavily and that’s when I decided to head back home. Here are a few photos from the event…

Walking through the Vendor Show under Twin Peaks before the crowds started to show up. 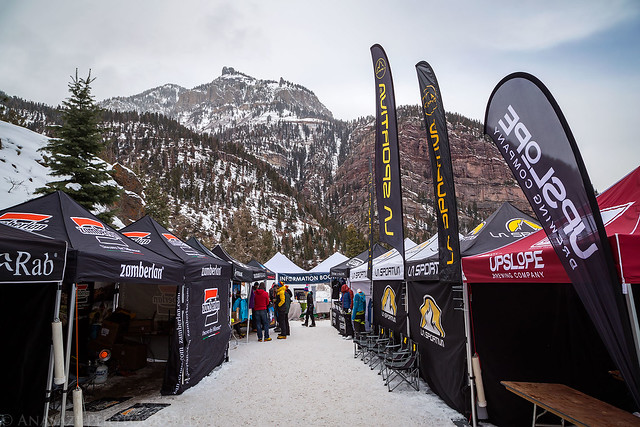 Having a stretch on the ice. 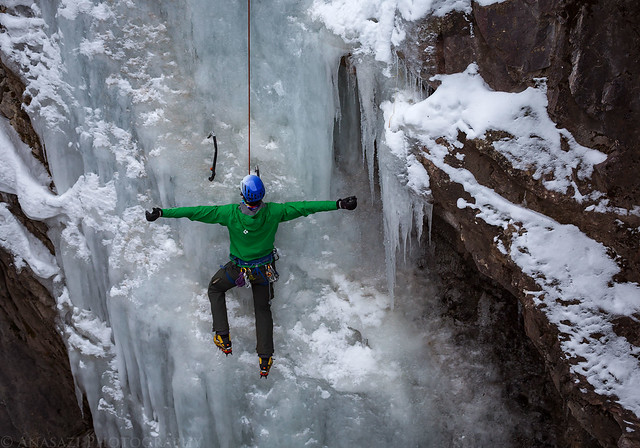 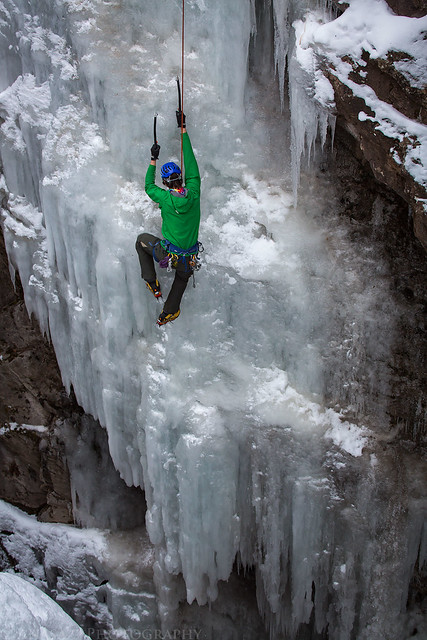 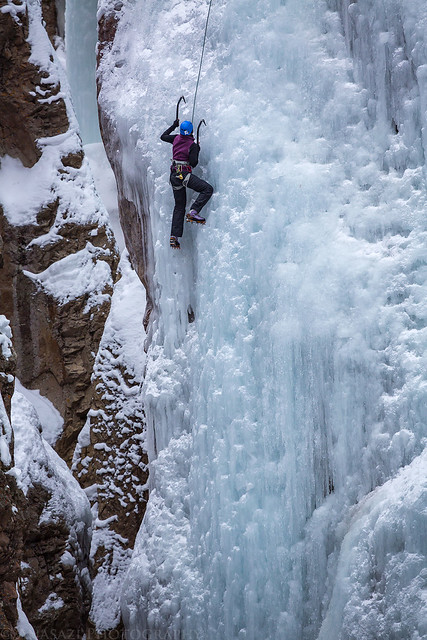 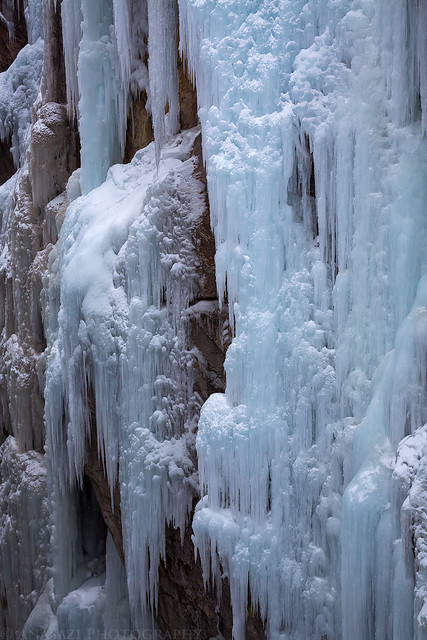 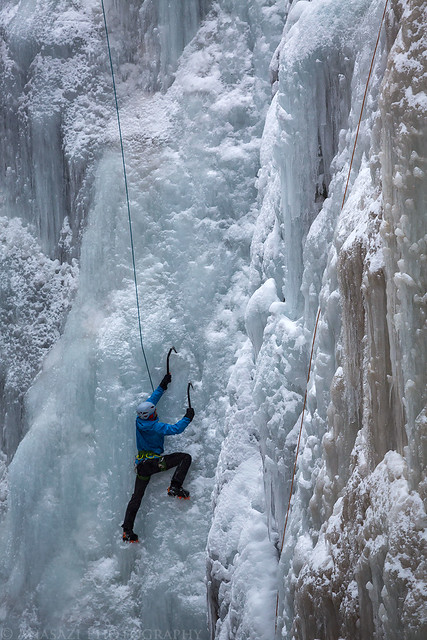 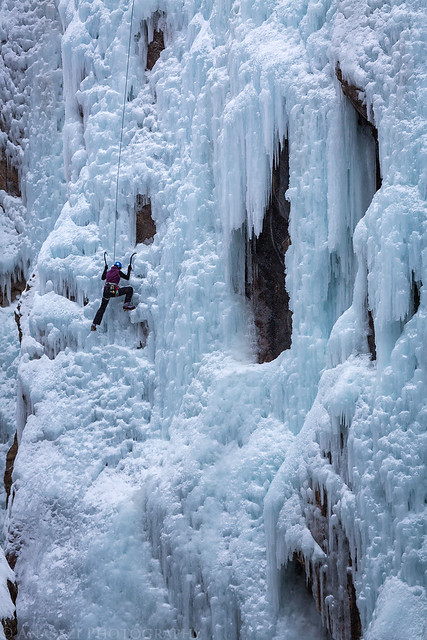 Can you find all six ice climbers in this photo? 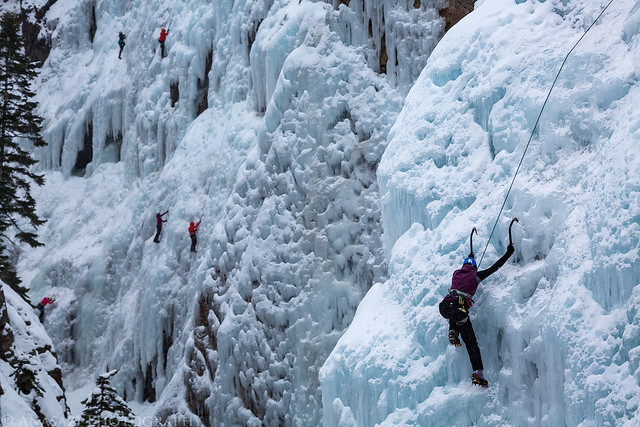 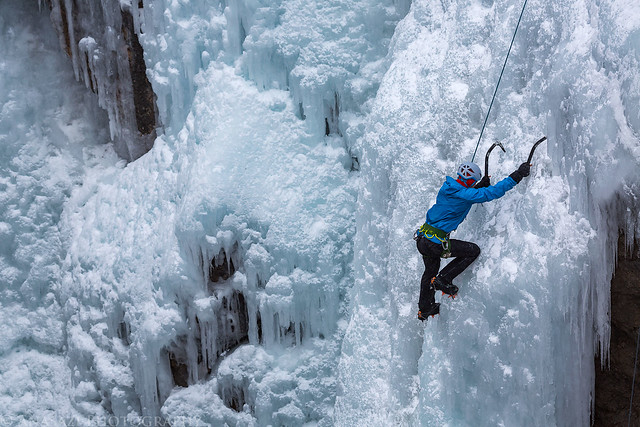 Looking down on the Ice Festival from above. 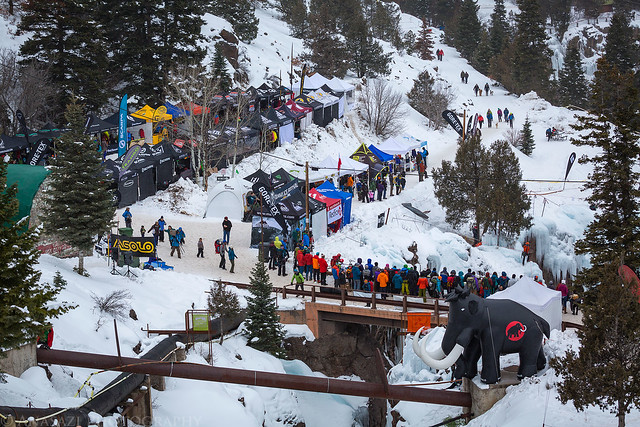 Flags hanging from the upper bridge. 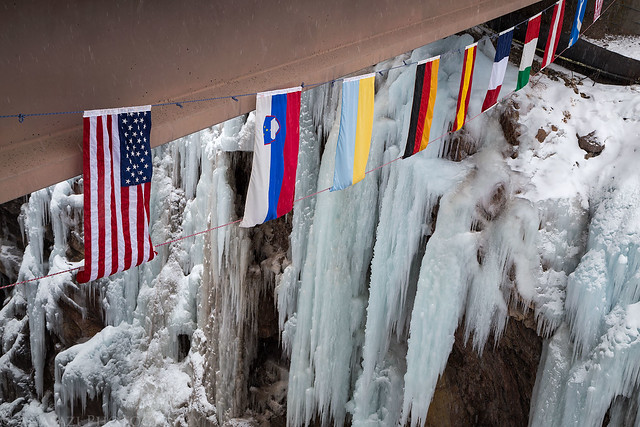 Spectators on the lower bridge watching the Mixed Climbing Competition. 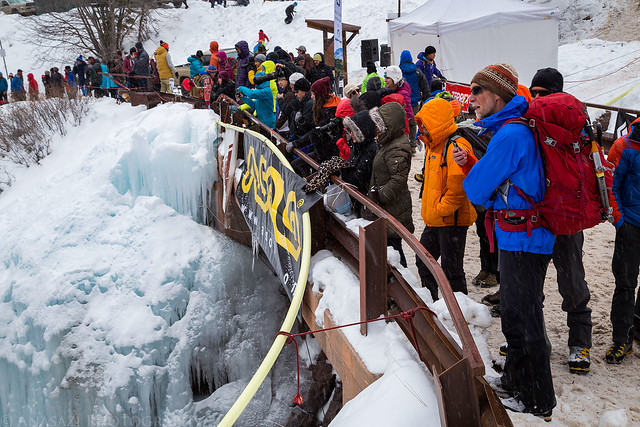 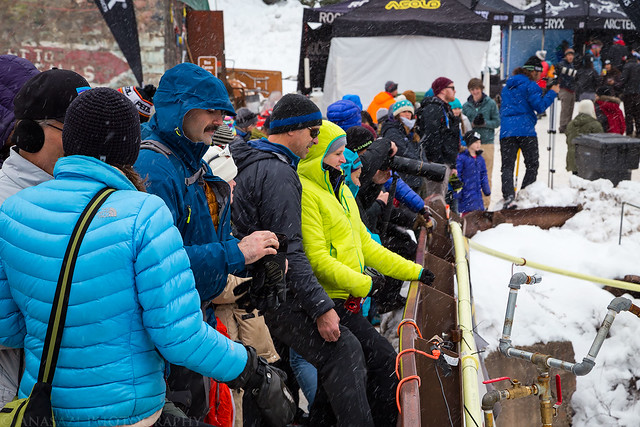 The upper portion of the competition route. 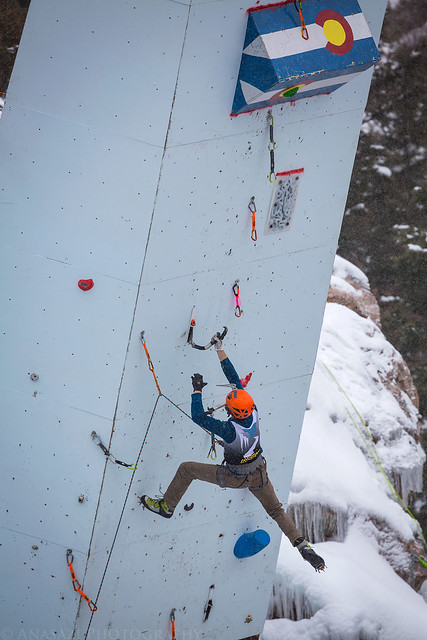 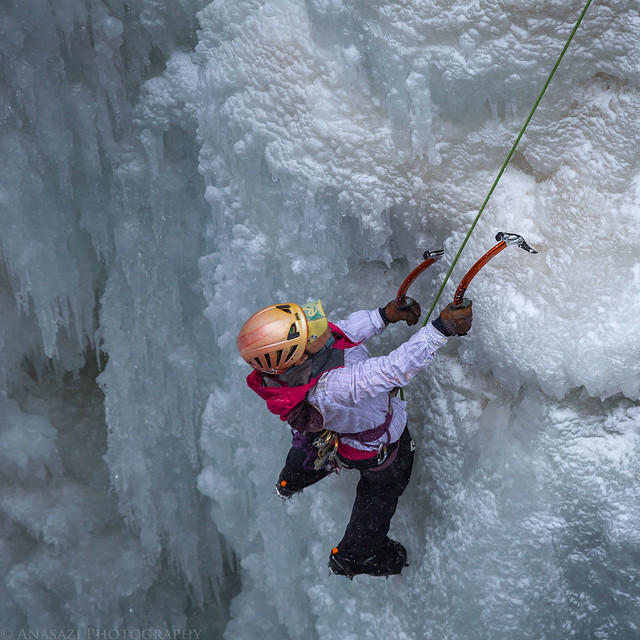 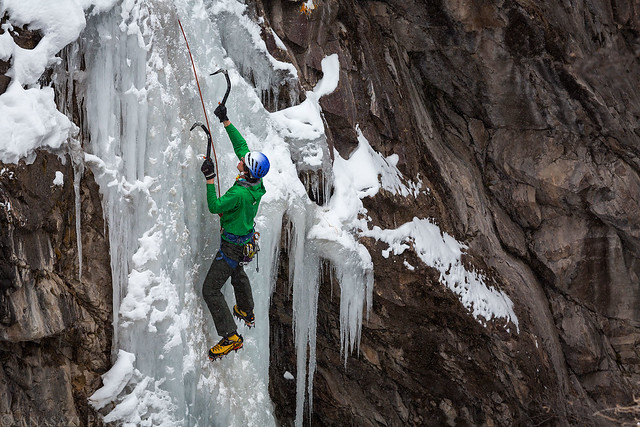 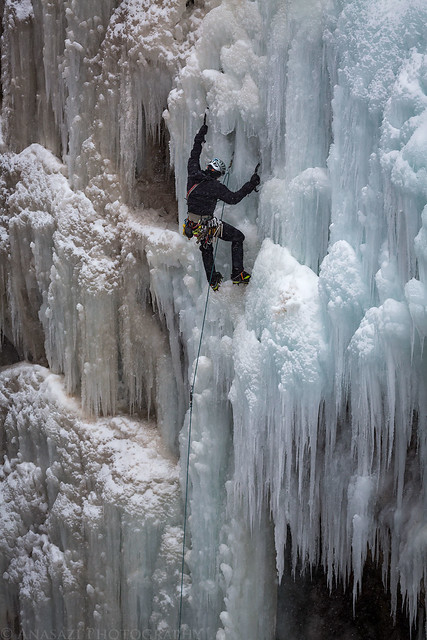 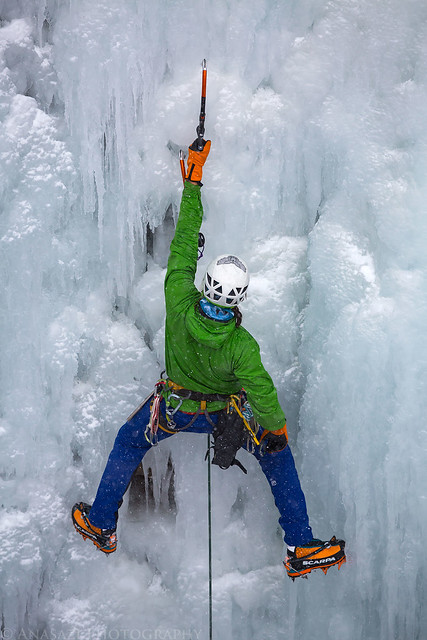 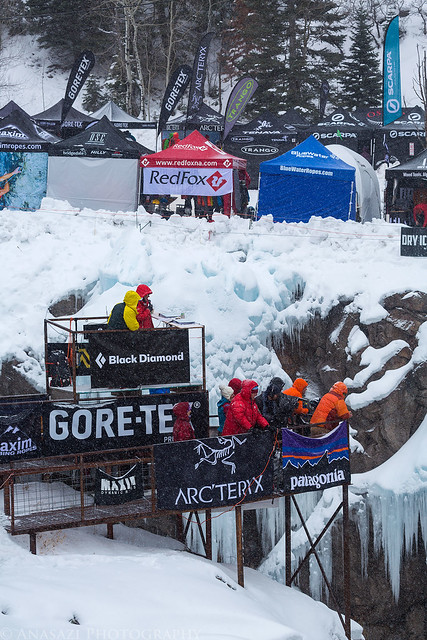 Taking a big step on the competition route… 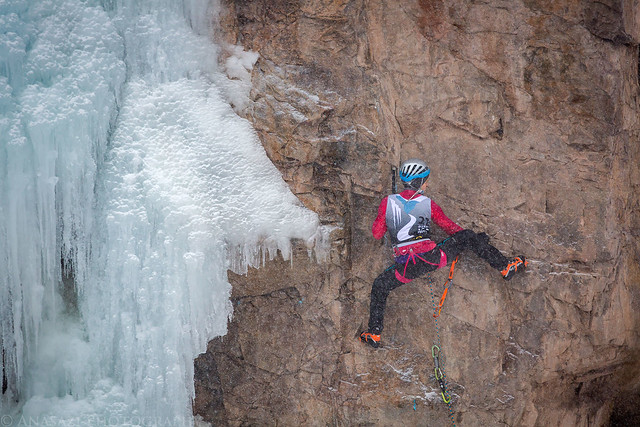