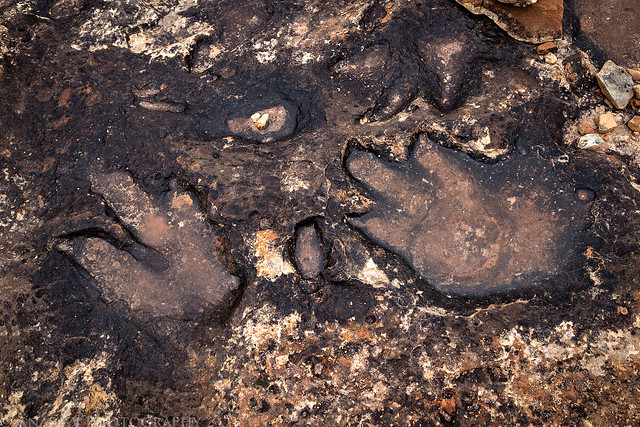 Our planned hike was to a large dinosaur trackway at the northern end of the Klondike Bluffs area. I’ve known about this Megatrack Site for a long time but had never made the trip out to see them yet. Since I was looking for a hike closer to home with a lesser chance of mud and snow, this area seemed like a good option. While digging up my old beta on how to find the site, I realized that in the past few years the BLM has actually built a lot of mountain bike trails in this area including a hiking trail that goes right to the site, now called the Dinosaur Stomping Ground. I guess this site would be easier to find than I originally thought! We ended up including a few of the mountain bike trails, including the Dino-Flow Trail and Alaska Trail, to create a nice six mile loop. I’m sure the scenery would have been nice had we not been up in the clouds for much of the hike.

With all the recent rain and melting snow, the washes and potholes were full of running water. 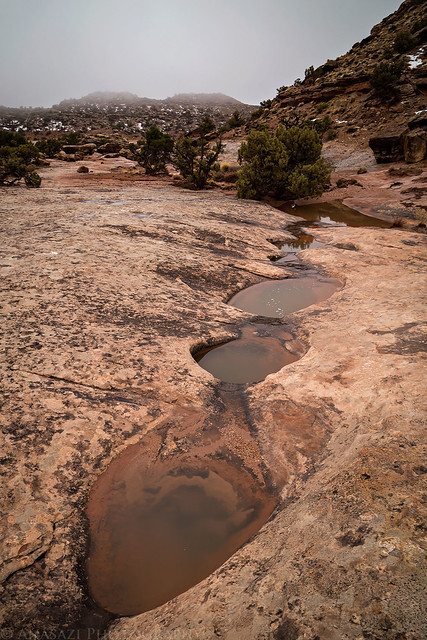 Following the trail over the wet slickrock to the Megatrack Site. 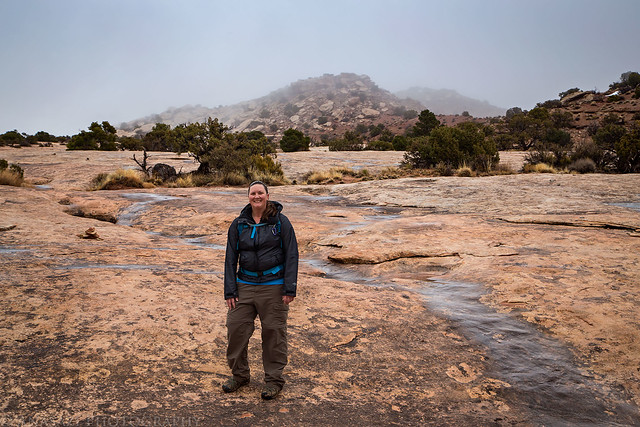 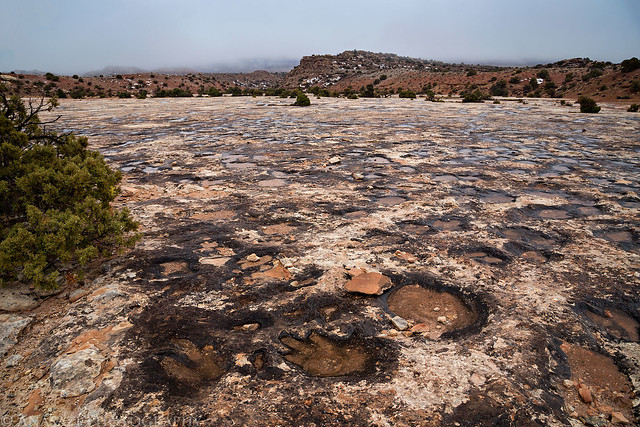 Two of the nicer dinosaur tracks we found while exploring the area. 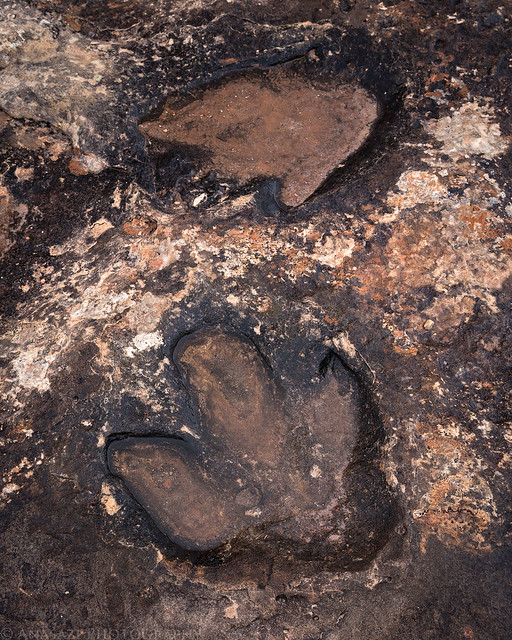 A size comparison with our feet for scale. 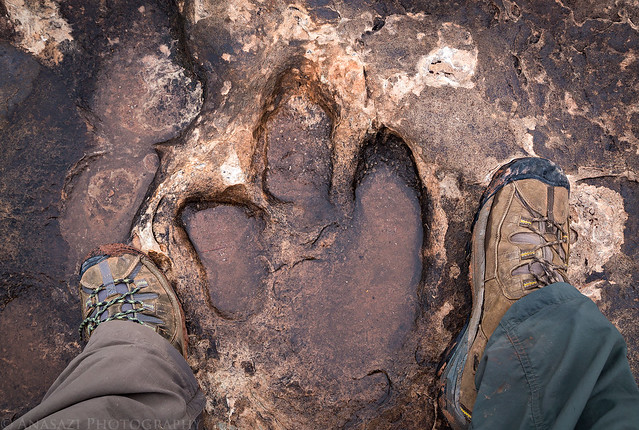 Another view of the Dinosaur Stomping Ground. 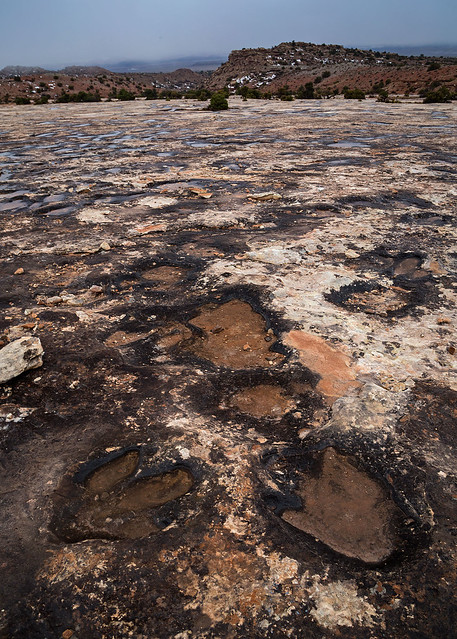 I liked how this one seemed to be emerging from the dirt. 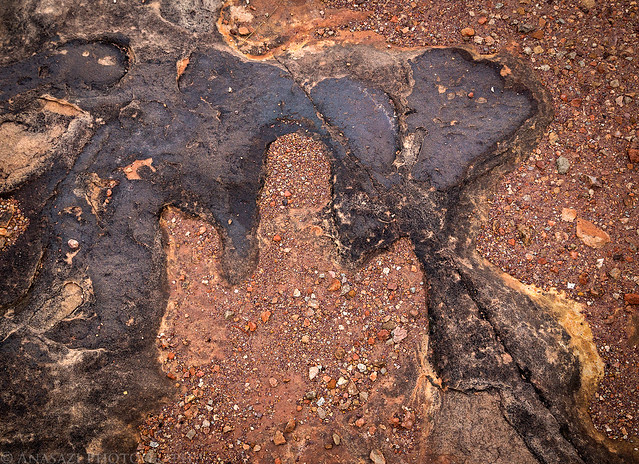 After checking out the dinosaur tracks we continued to the top of the ridge for a view over Salt Valley. There wasn’t too much of a view this afternoon… 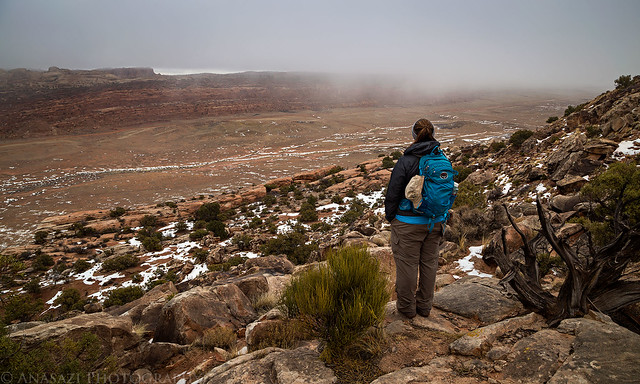 Diane follows the Alaska Trail into the clouds along the top of the ridge. 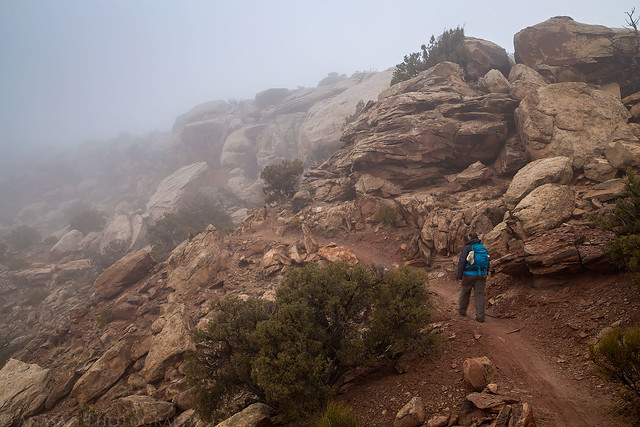 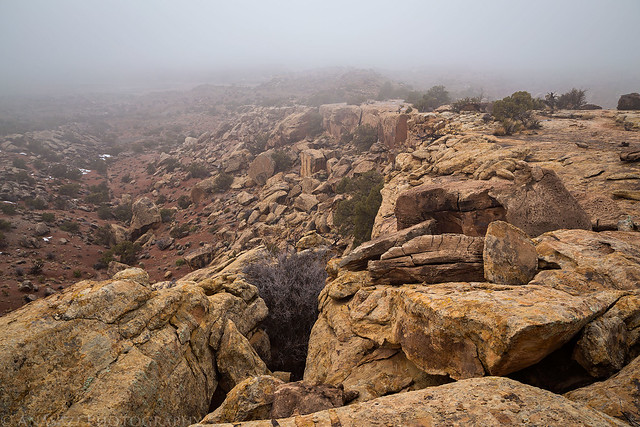 I loved these yellow stripes in the sandstone along the trail. I might have to return here in better conditions for some better photos… 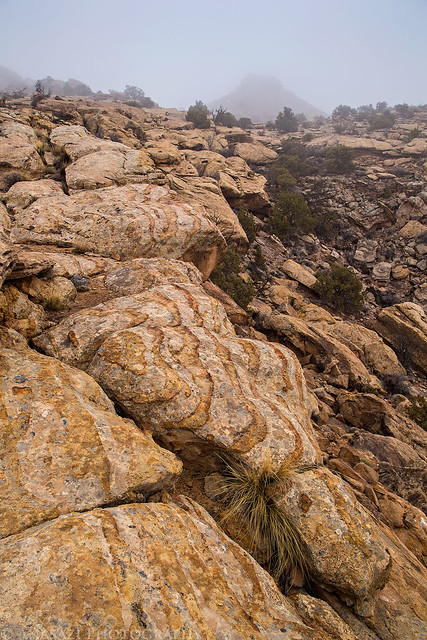 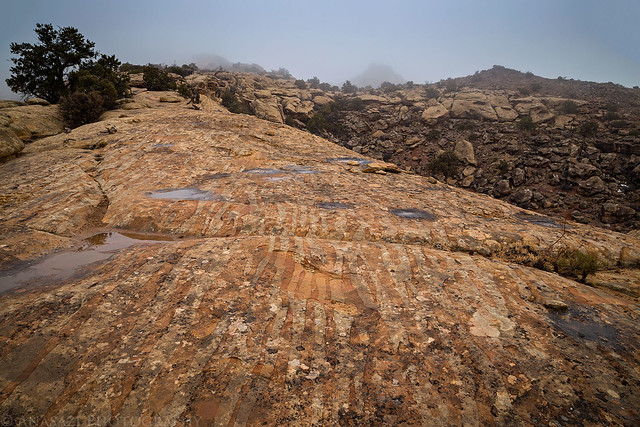 After the hike back from the Megatrack Site I had planned to revisit some nearby rock art sites before heading home, but we found that the roads were still very muddy and I almost got stuck, so we will save those sites for another day. Before heading back home we stopped at the Sego Rock Art Site since it was on the way and it has been a few years since I last visited these panels. Plus, the road to the site is paved so we didn’t need to worry about mud.

The bottom of the Book Cliffs below the low clouds. 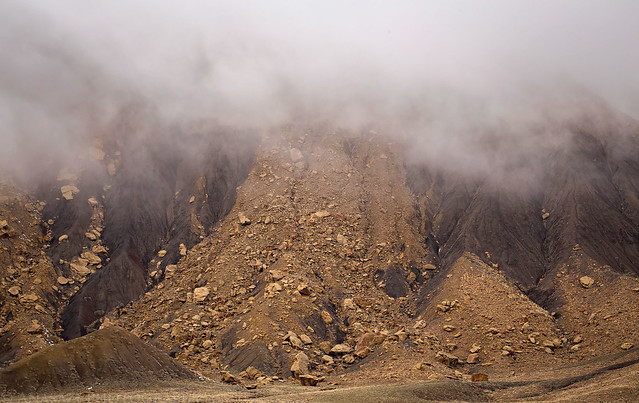 Driving up the paved road into Thompson Canyon. 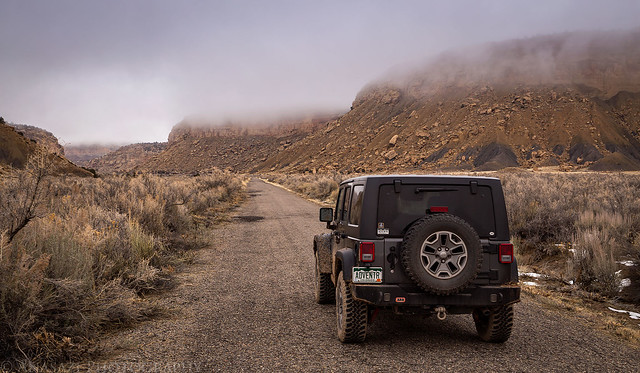 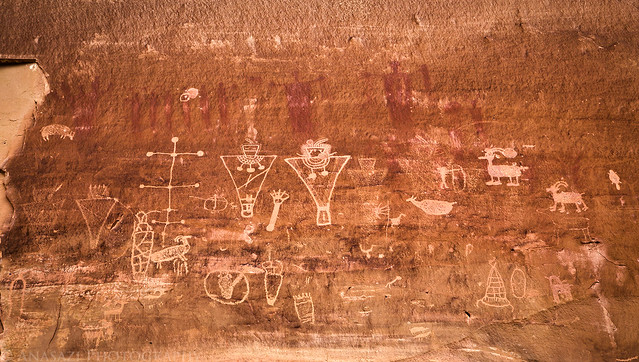 One of the most well-known Barrier Canyon Sites in Utah. 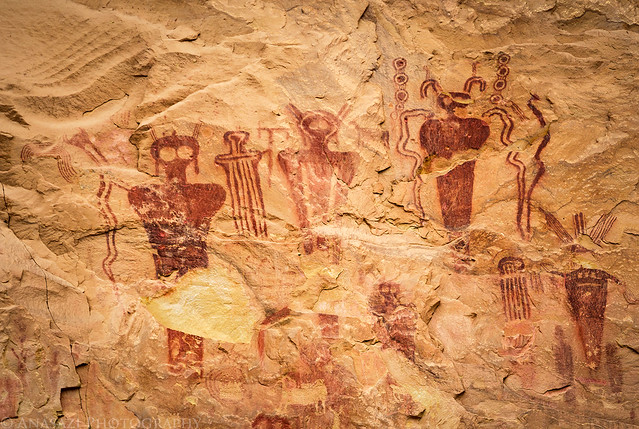 This blue door at the old Thompson Motel stuck out to me as we were driving back through town on our way home. 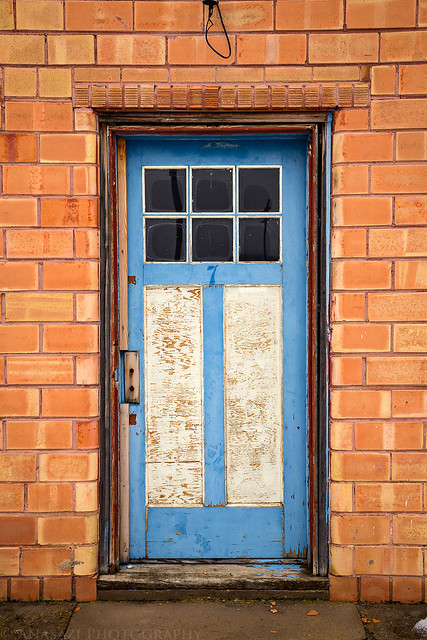