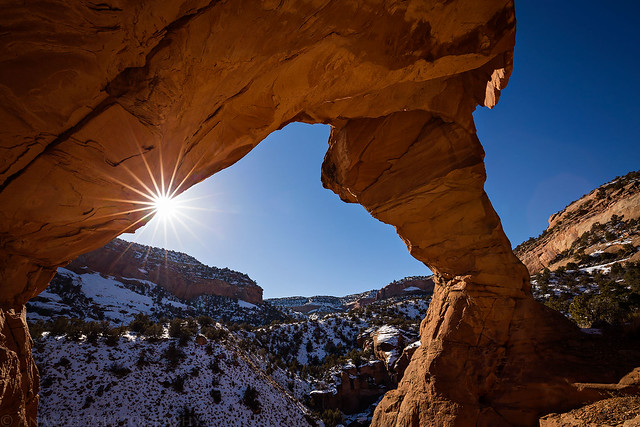 Following the trail along the rim of Flume Creek Canyon as we headed toward the Black Ridge Canyons Wilderness. 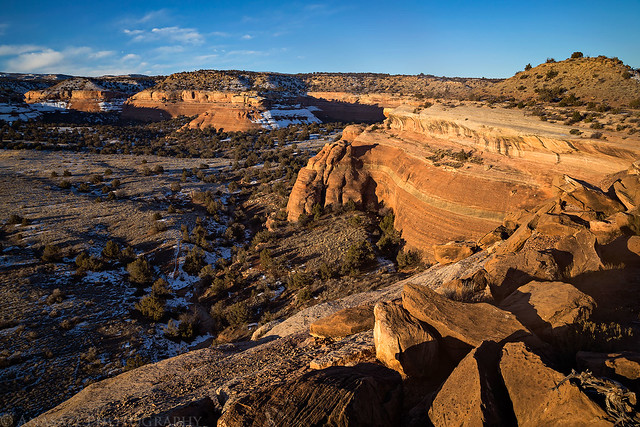 It was a bit hazy this morning over the Grand Valley, so I took advantage of the conditions with a few photos shortly after sunrise. 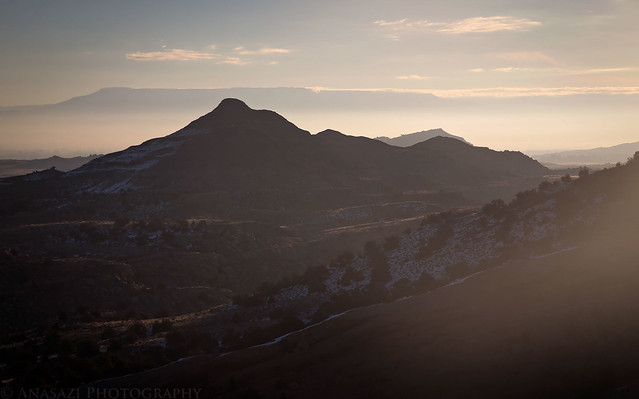 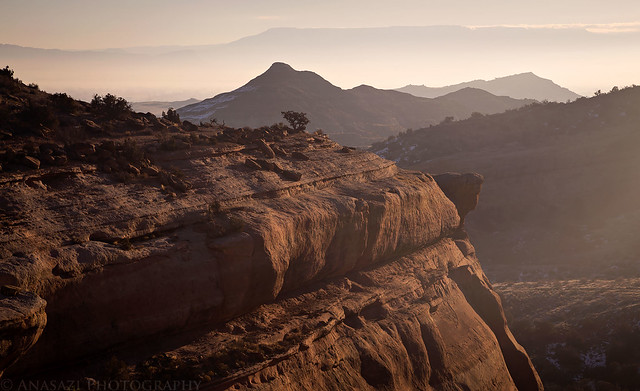 Nice stripes in the sandstone that make up the Pollock Bench. 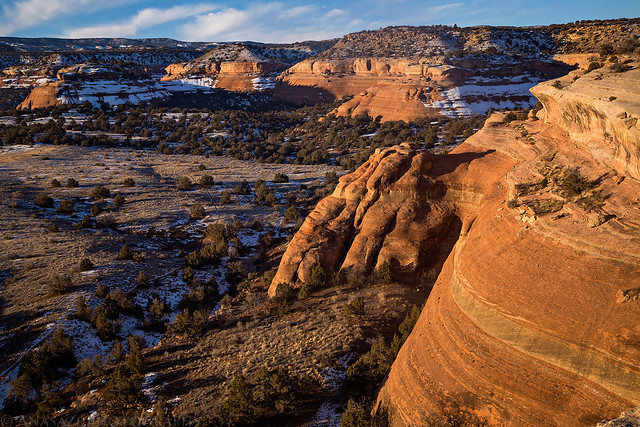 Another hazy view over the Colorado River to the Book Cliffs in the distance. 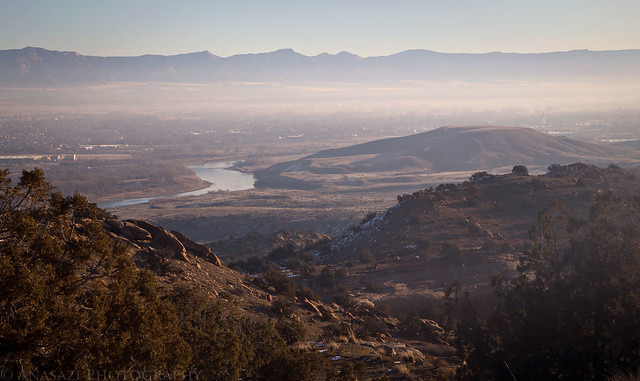 One last look through the haze over Flume Creek Canyon before the trail left the rim for a while. 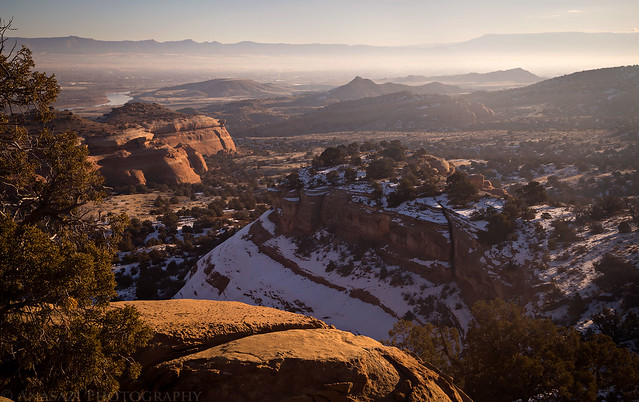 When we reached the top of the Pollock Bench we had a nice view over the East Fork of Pollock Canyon. 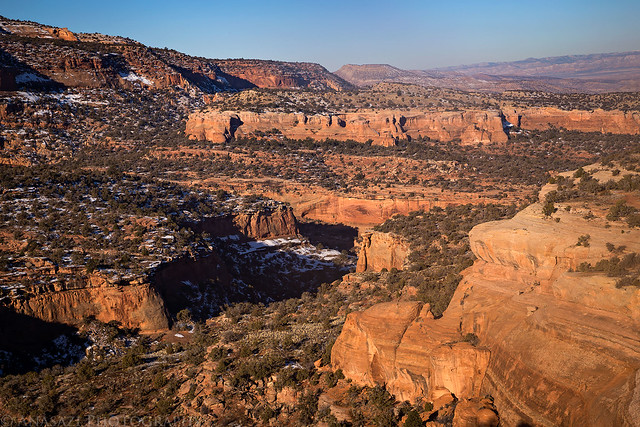 After dropping down into the canyon and hiking up the wash while trying not to break through the ice, we reached a viewpoint right below Liberty Bell Arch. 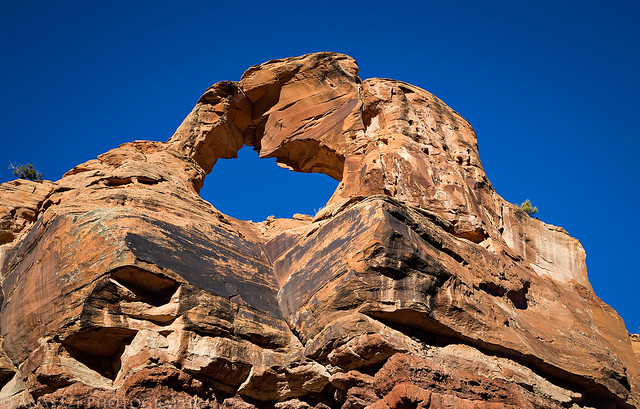 The arch looks small in photos taken from below, so here is a photo of Diane sitting below it. 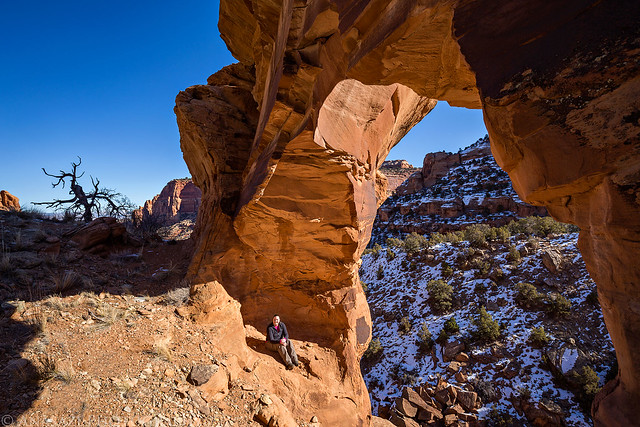 This photo was taken just below the arch from where Diane was sitting in the previous photo.

On the way back down the canyon we stopped to visit an old cabin. 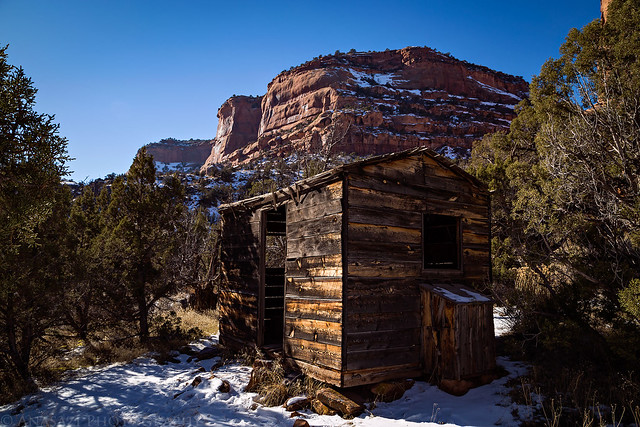 Just some of the historic relics found inside. 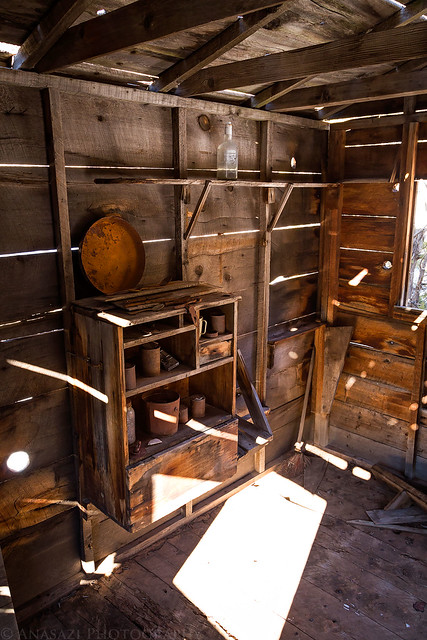 Looking through the windows of the cabin. 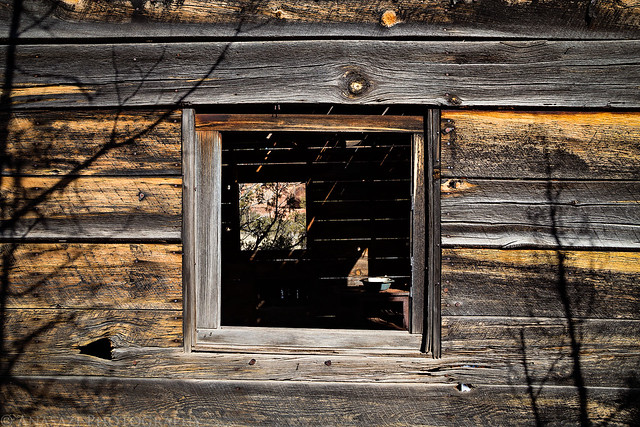 Following Pollock Canyon back to the Rattlesnake Canyon Trail. 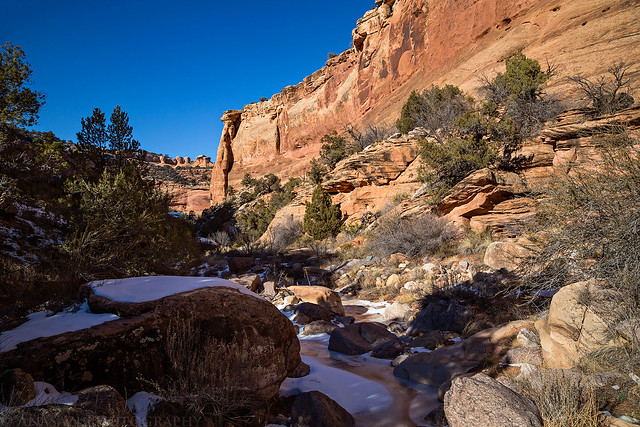 Diane hikes along the rim of Pollock Canyon after we climbed back out. 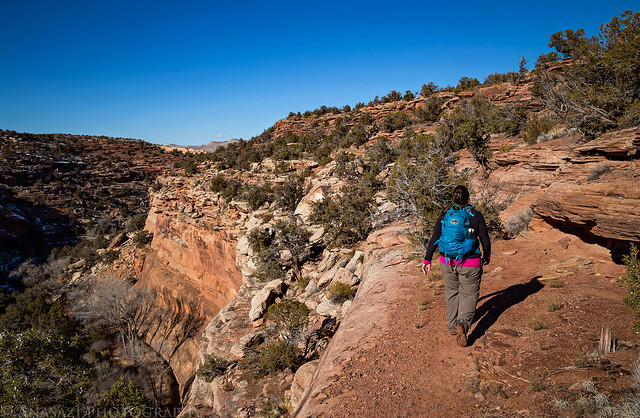 Just a small hoodoo above the trail as we made our way back to my Jeep. 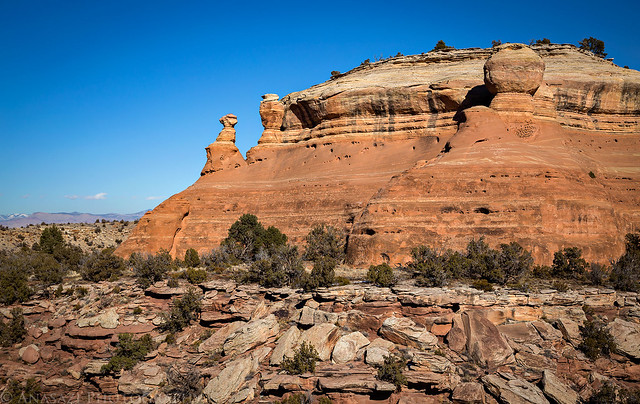