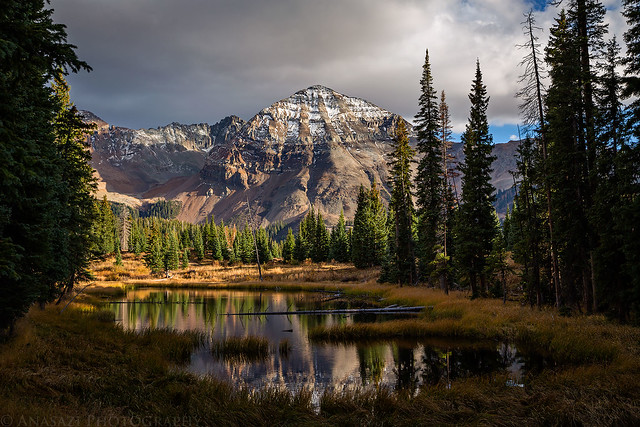 Hesperus Mountain is an impressive sight over the Twin Lakes in the La Plata Mountains.

One of the few photos I took when I stopped at the Dallas Divide for a couple of minutes. 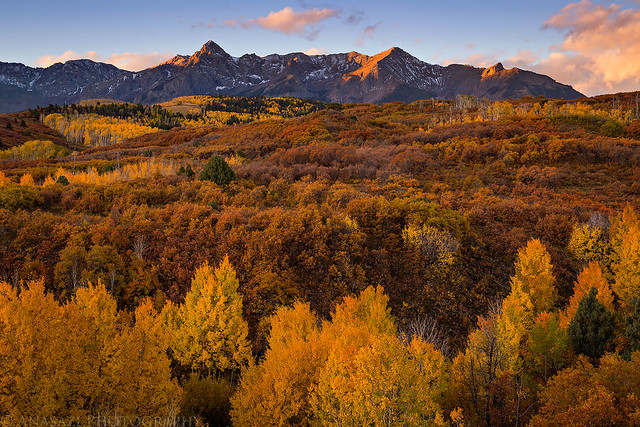 After leaving, I continued on to Ouray where I stopped into Mouse’s for some breakfast and a mocha shake. It’s never too early for a shake, right? Then it was time for another drive over Red Mountain Pass to Silverton. Along the way I stopped at Crystal Lake for a few photos with a little fog over the water.

Crystal Lake, the Red Mountains and a little bit of fog. 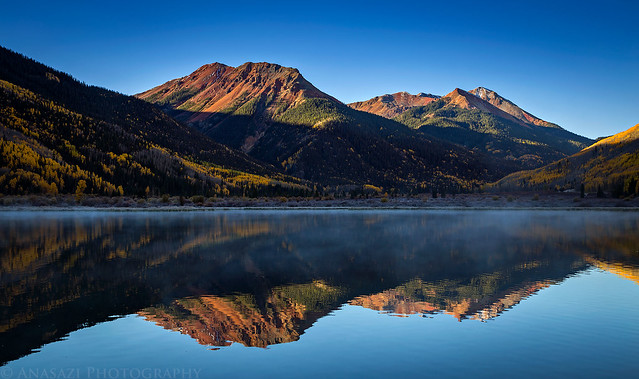 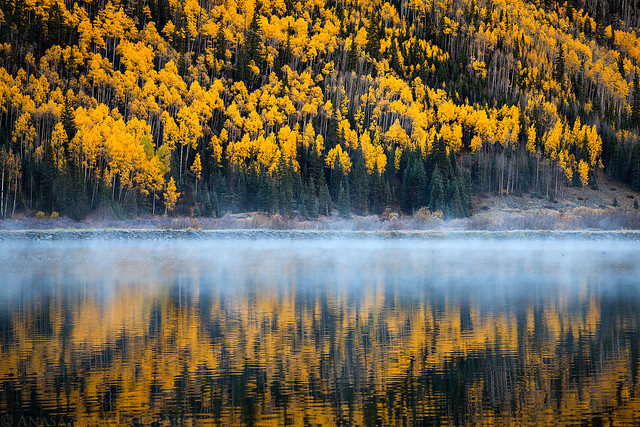 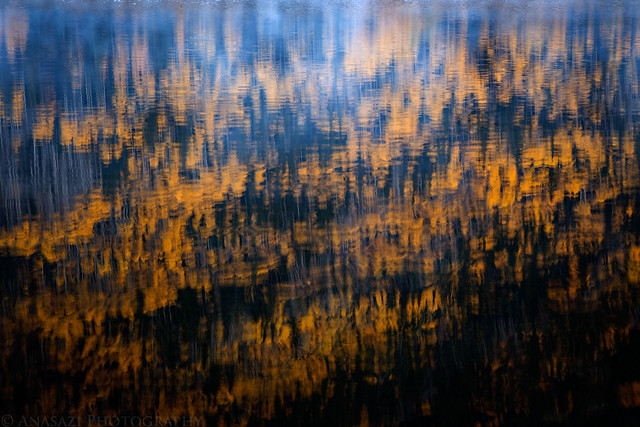 After arriving in Silverton I continued through town and took the Jeep road up to Stony Pass so I could hike to the summit of Canby Mountain (13,478), one of Colorado’s many 13ers. 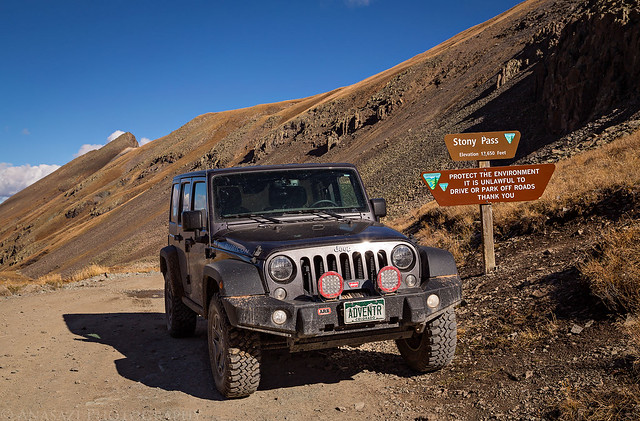 From near the pass I started out by following part of the Continental Divide trail to the northwest ridge of Canby Mountain and then followed the ridge to the summit. It was a pretty quick and easy hike and the views along the way were very nice! 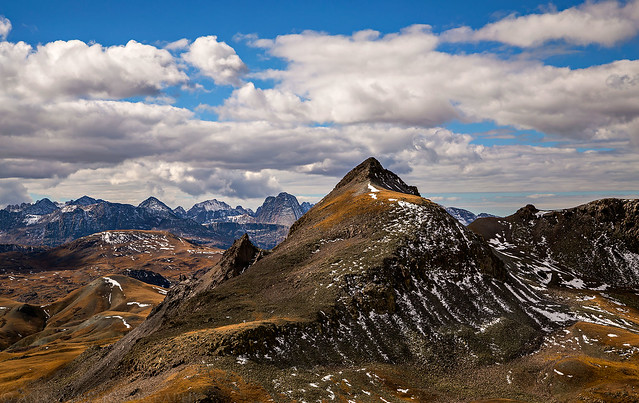 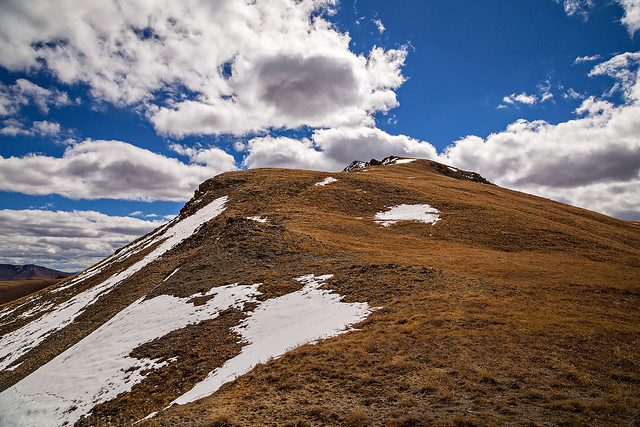 The view northeast from the summit with Half Peak (13,841) on the horizon in the center. 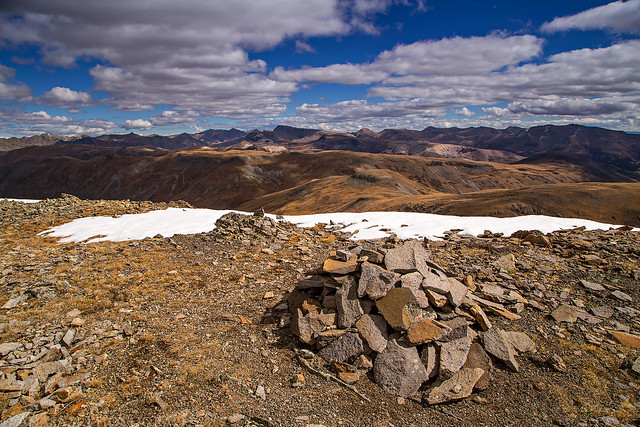 Looking down the northwest ridge as I hiked back down. 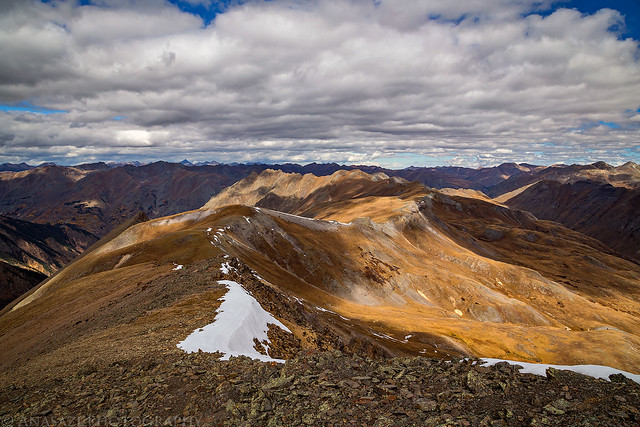 There was a pretty good view of the Grenadier Range from up here, too. 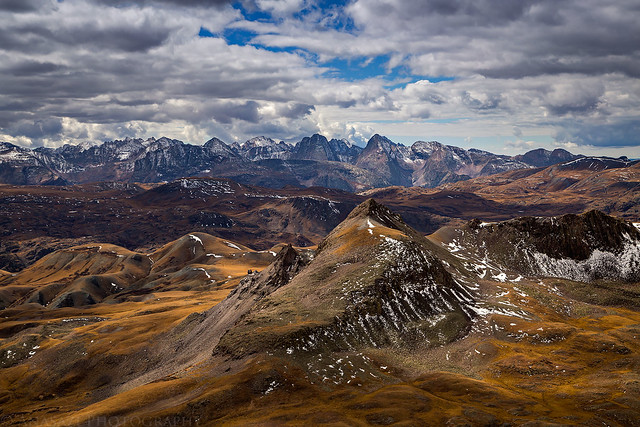 As I was nearing my Jeep on the way back I noticed a mountain biker pushing his bike up to the pass from the south. I said ‘hi’ and found out his name was Gabriel and he was from Canada. He had been riding the Colorado Trail for about two weeks now, but had broken his bike the day before and had pushed it for about 20 miles to reach this point. I offered to give him a ride down to Silverton and he was happy to take me up on it. We loaded his bike and gear into the back of my Jeep and headed down to Silverton. During the drive I found out that he was planning to call a taxi to get to Durango that day, but since I was heading that way anyway I ended up giving him a ride the entire way. After dropping him off at the airport to pickup his rental car I stopped in Durango for an early dinner and then headed out towards Mancos to see about photographing some fall colors in the La Plata Mountains.

There was still some nice fall colors to be found along the West Mancos River near Hesperus Mountain (13,232). 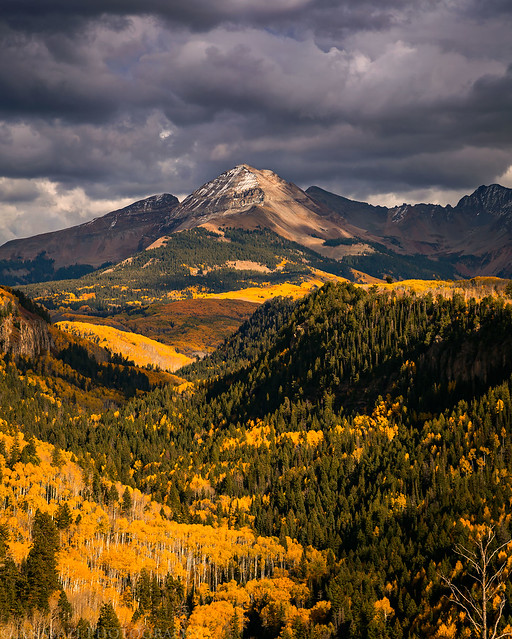 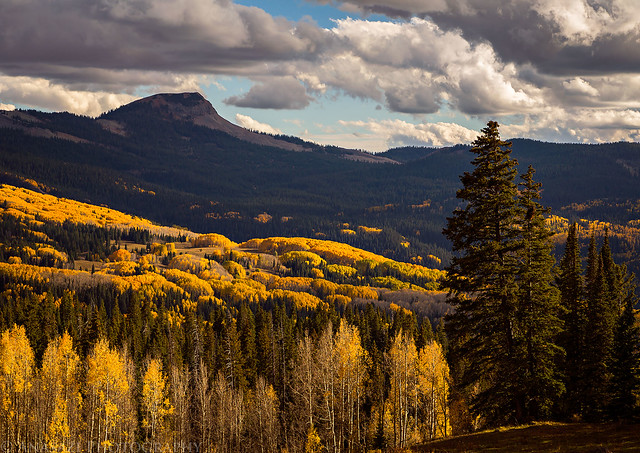 Hesperus Mountain dominated the views as I drove around exploring the area. 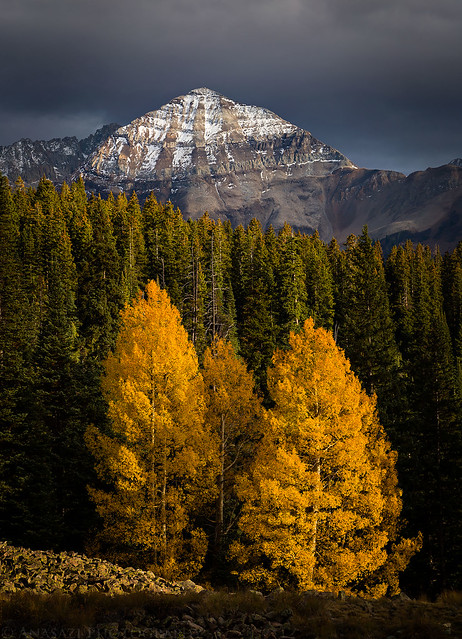 I returned to the West Mancos Overlook just in time to catch another beautiful sunset. 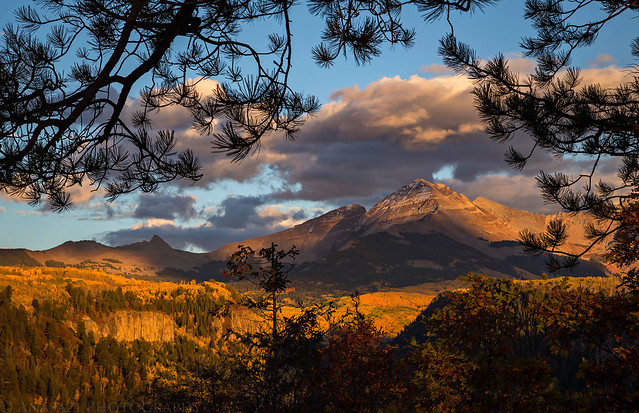 I couldn’t have asked for a better end to the day! 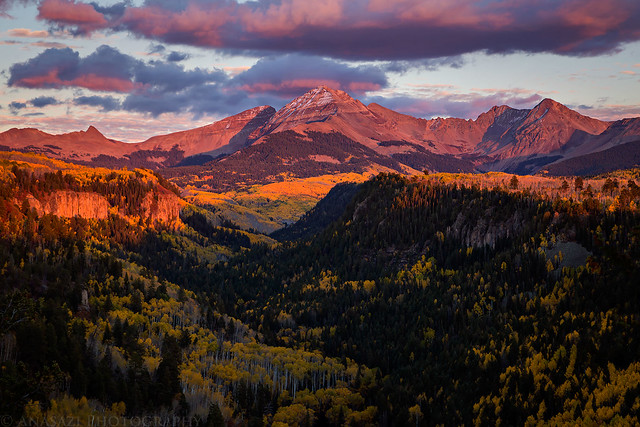 When the sun was down and the light was gone for the day, I found a place to camp a few miles away on the mesa above the West Mancos River. The weather forecast was calling for a 100% chance of rain overnight, so I made sure to camp near a good road just in case things got wet and muddy overnight.