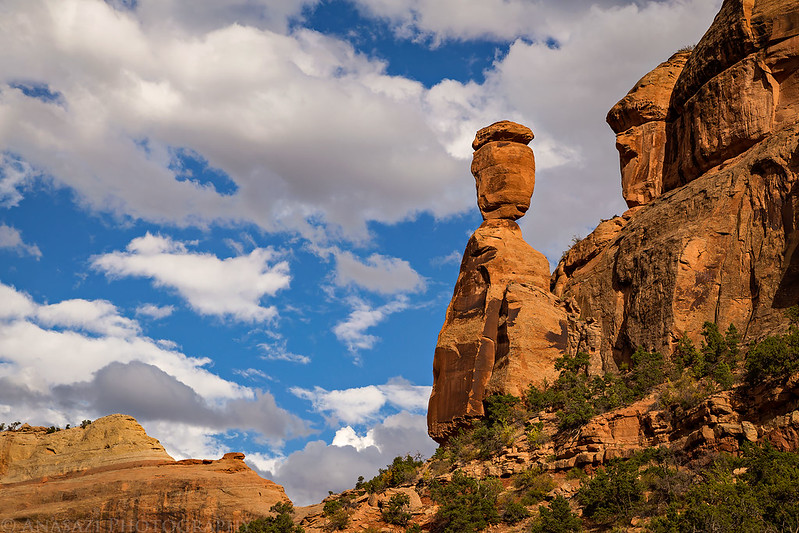 After work I grabbed my hiking gear and started heading out to Rabbit Valley so I could hike to another summit in Mesa County, but as I was driving west on I-70 I noticed the sky was much cloudier and darker out that direction and I was concerned about the weather I would encounter. It appeared that the edge of the storm system moving through the area was over Fruita and Grand Junction and it looked like I’d have better luck closer to town this evening. So when I reached the Fruita exit I decided to get off and head up into the Colorado National Monument instead. The clouds and sky were nice for a few photos during my drive through the western portion of the park, plus I still got a little hiking and exploring in. Here’s a few photos from the evening.

Balance Rock over Rim Rock Drive from the viewpoint. 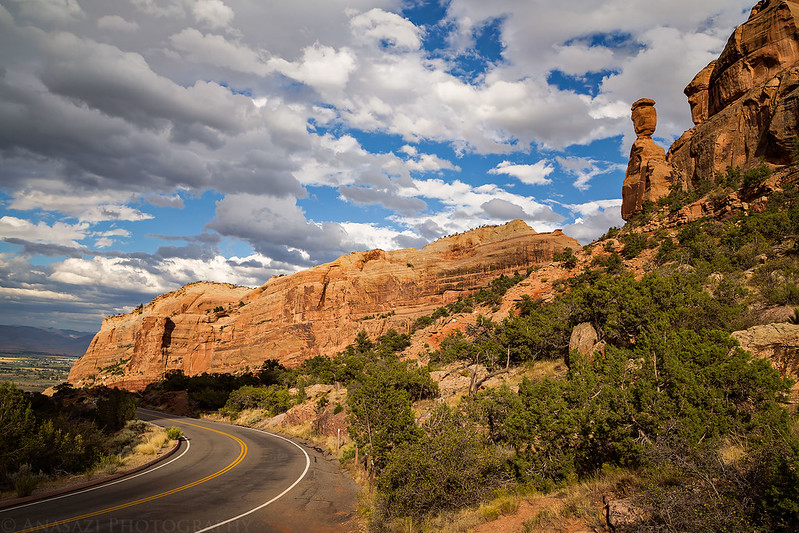 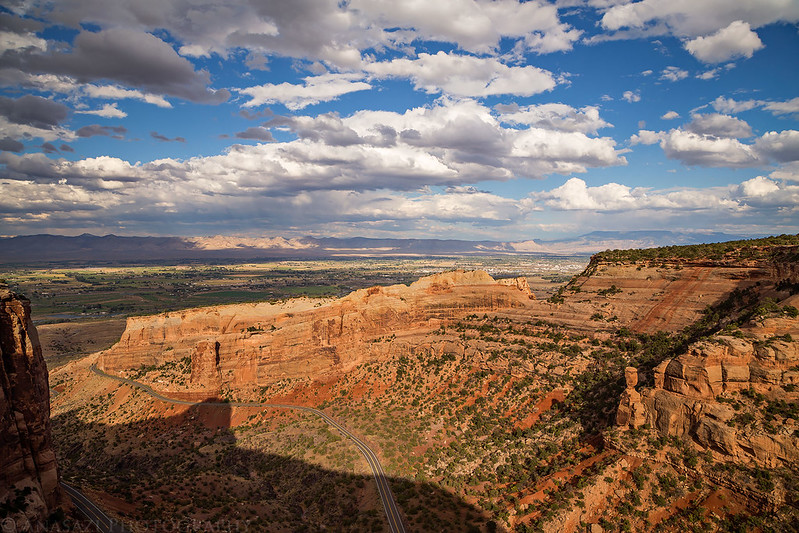 Saddlehorn below a sky filled with beautiful clouds. 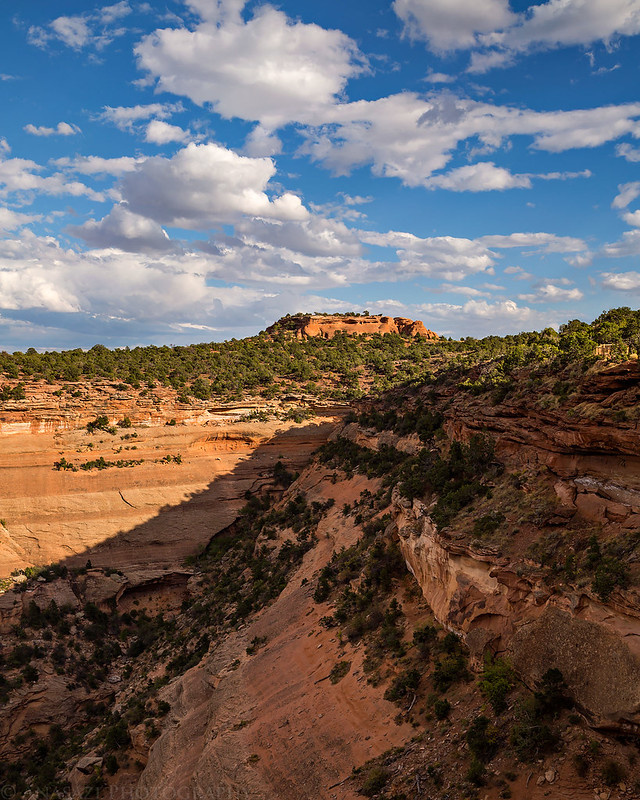 I enjoyed taking a few photos that included the roads this evening. 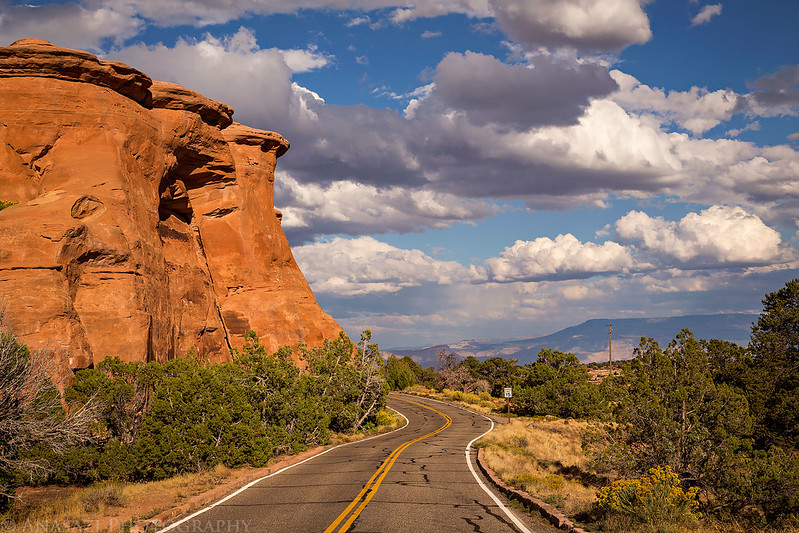 A closer look at Saddlehorn. 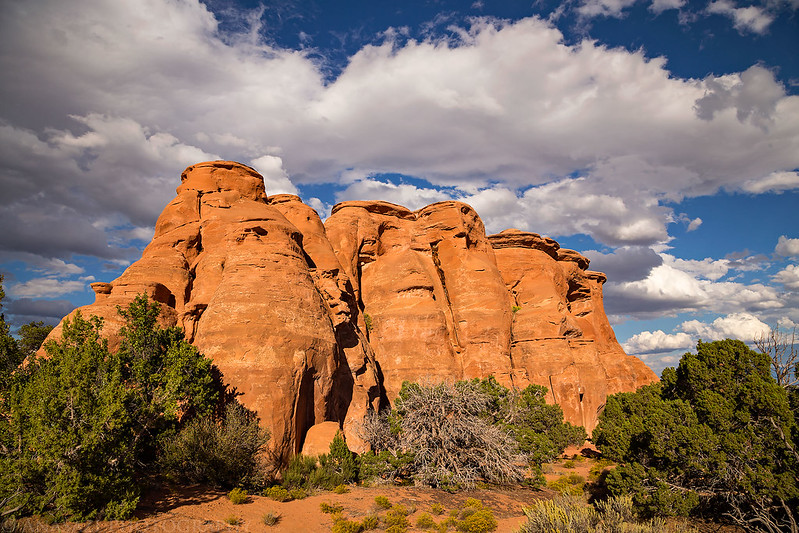 I love the view up Monument Canyon from the Book Cliffs View. 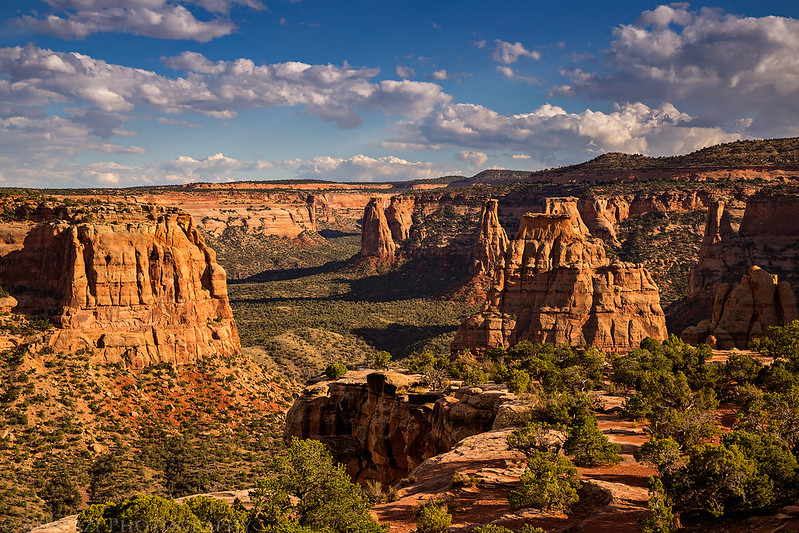 Layers of sandstone cliffs (and Mushroom Rock) lead to the Grand Mesa. 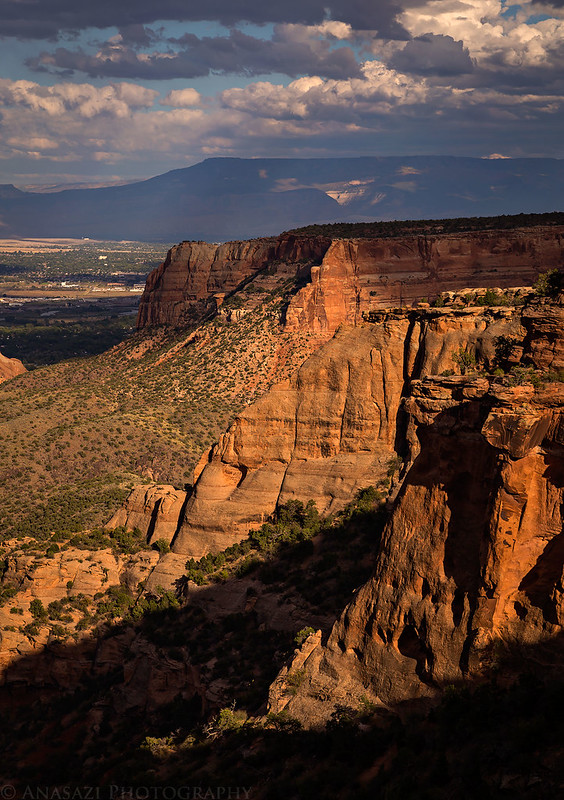 Always a nice view from the Independence Monument Overlook. 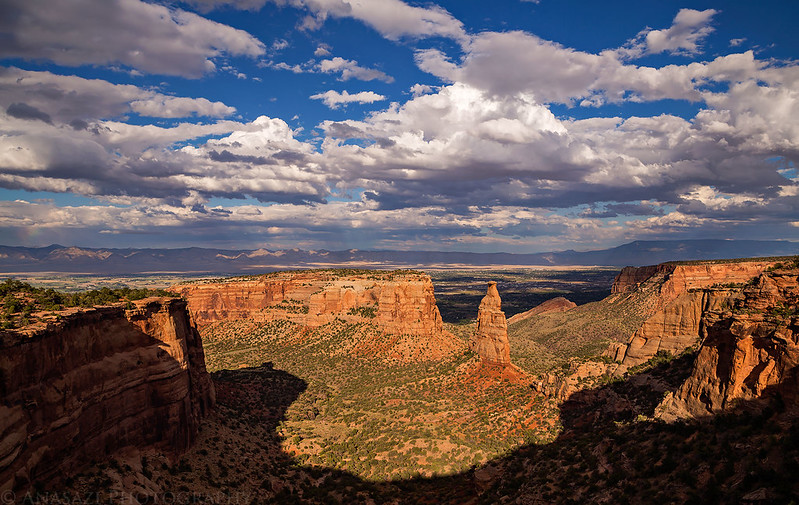 Cleopatra’s Couch along the road. 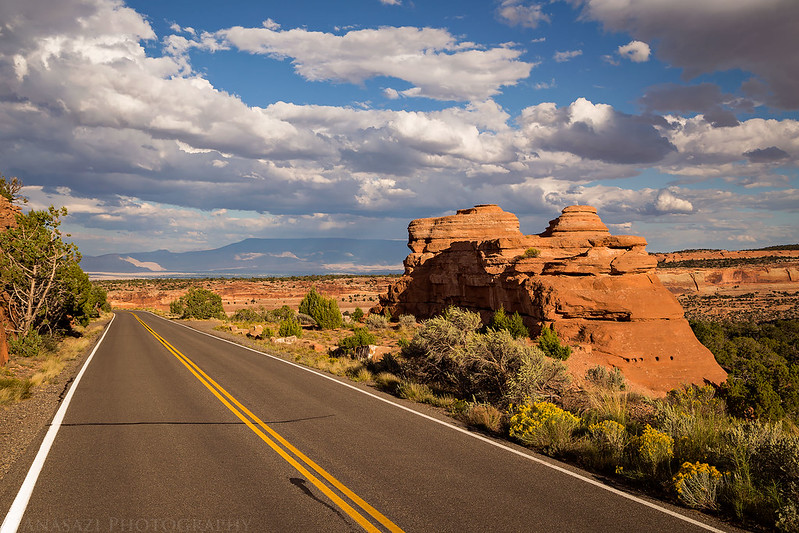 A closer look at Cleopatra’s Couch. 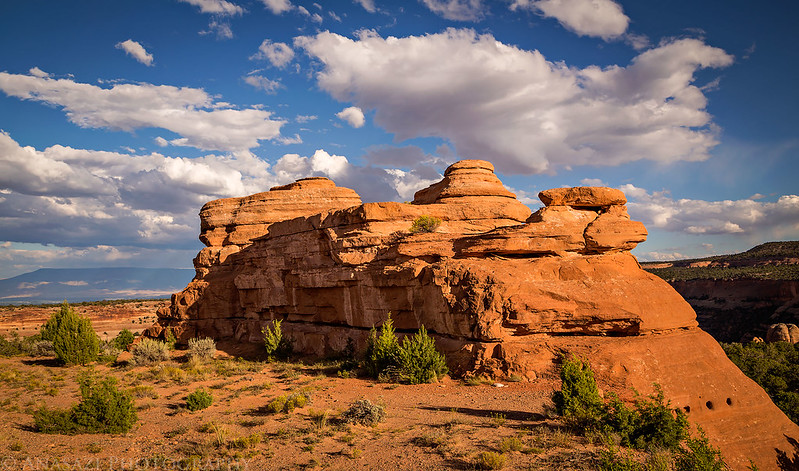 While I was in the park I went on a short hike to search for some rock art I had recently found out about. I managed to find the panel which consisted mostly of incised lines. It may not be the greatest petroglyph panel I have ever seen, but it’s always nice to find something close to home. 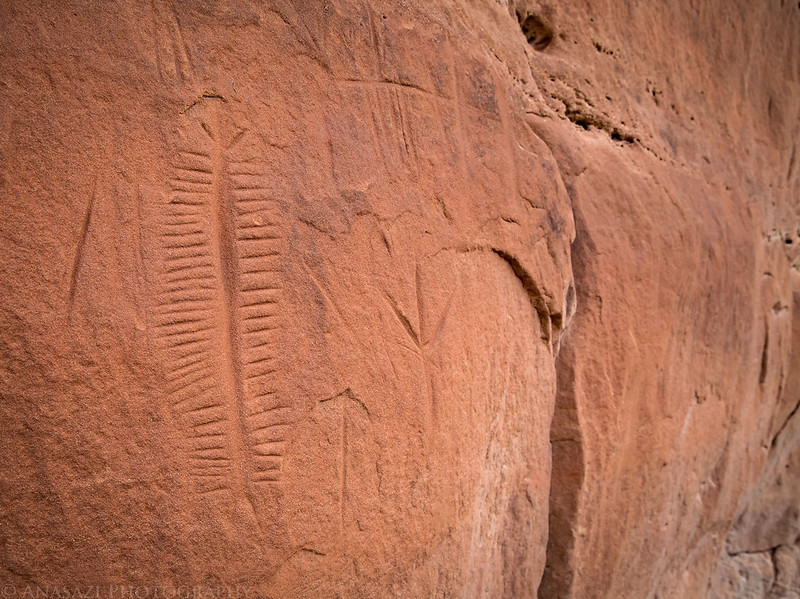 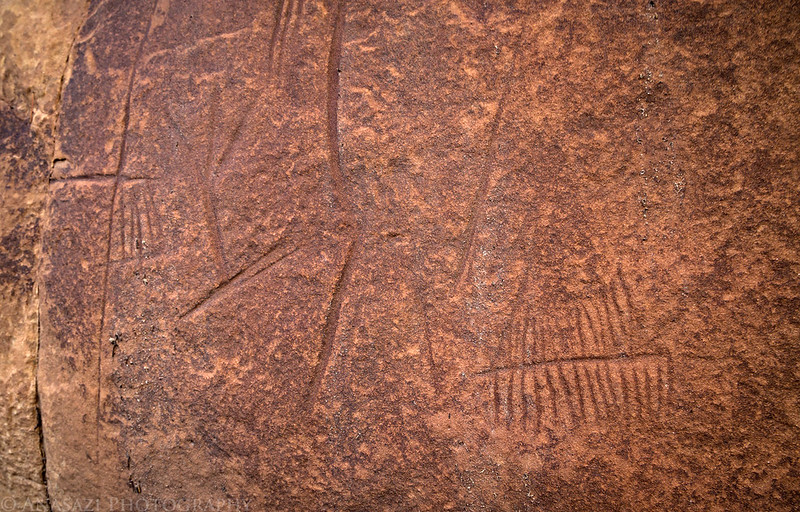 Last week I was also back in the Colorado National Monument with Jackson after work on a short hike to find the Hardy Shelter and see a few petroglyphs. I wasn’t going to post a trip report on this one since I didn’t really get any decent photos that evening, but I’ll go ahead and add a few to the end of this trip report.

Entering the backcountry of the Colorado National Monument. 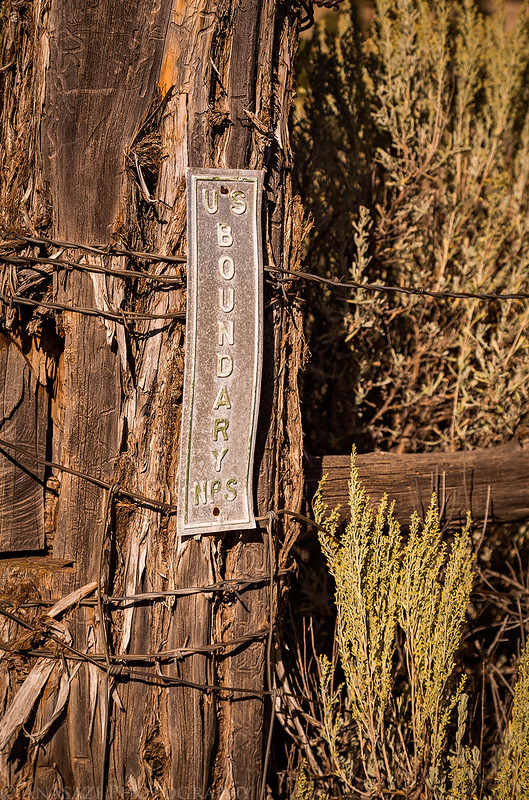 This was the best petroglyph at the site. It looks like a tree to me. 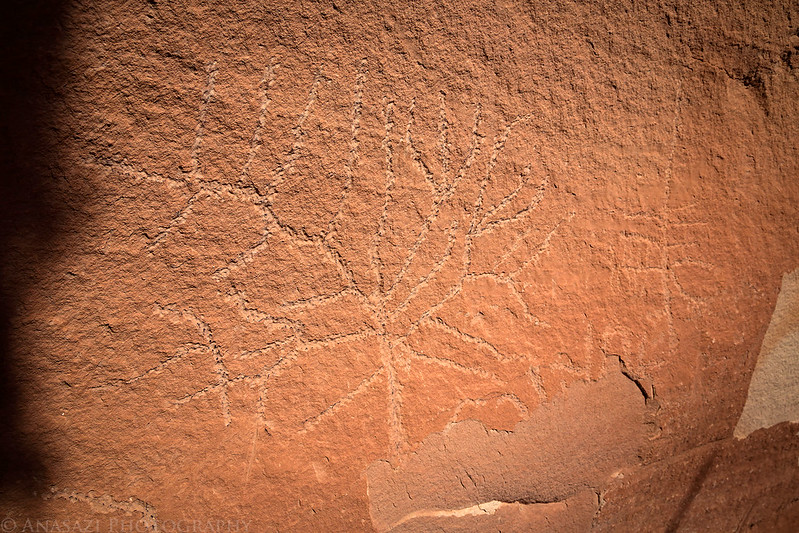 Jackson exploring the cliff in the canyon. 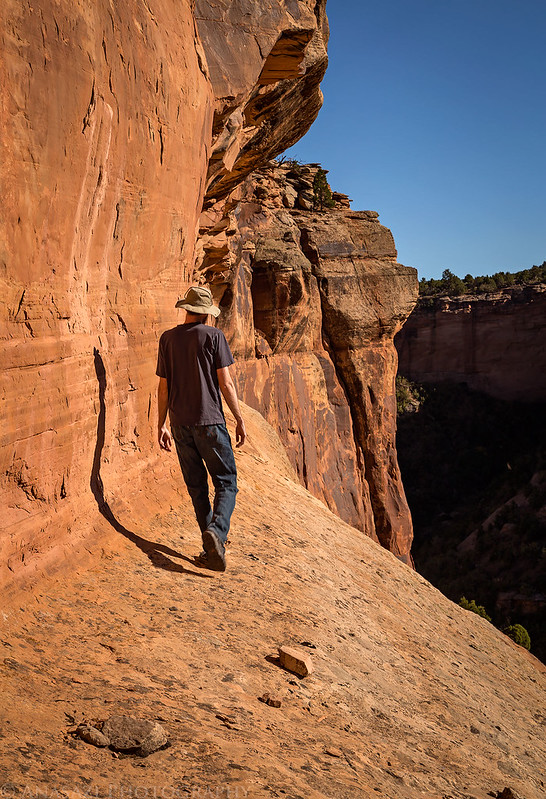 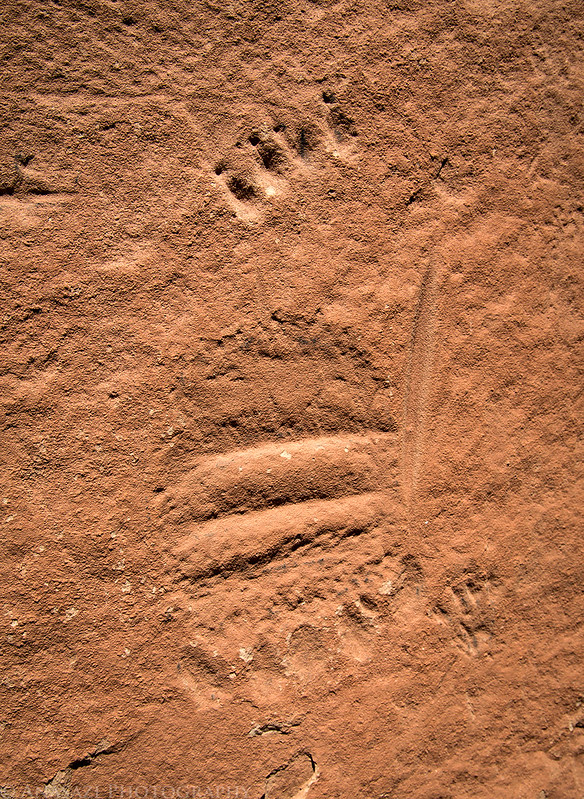 A large outline of a bighorn sheep. 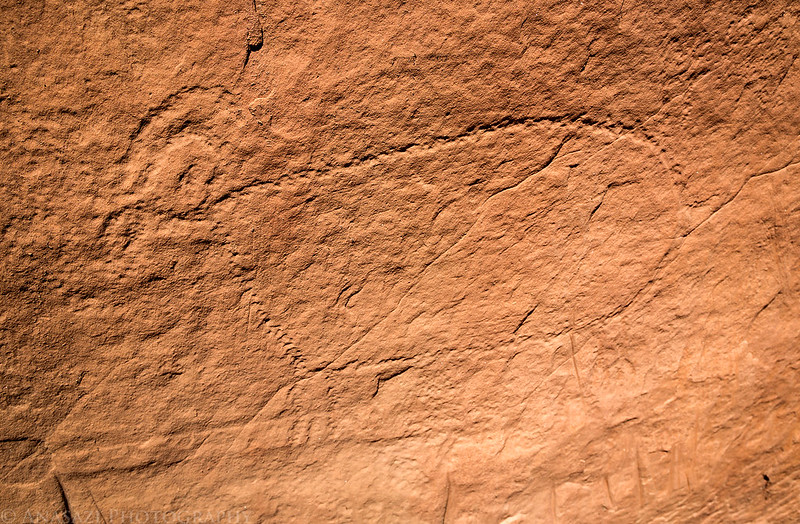 An old cow trail into the canyon. 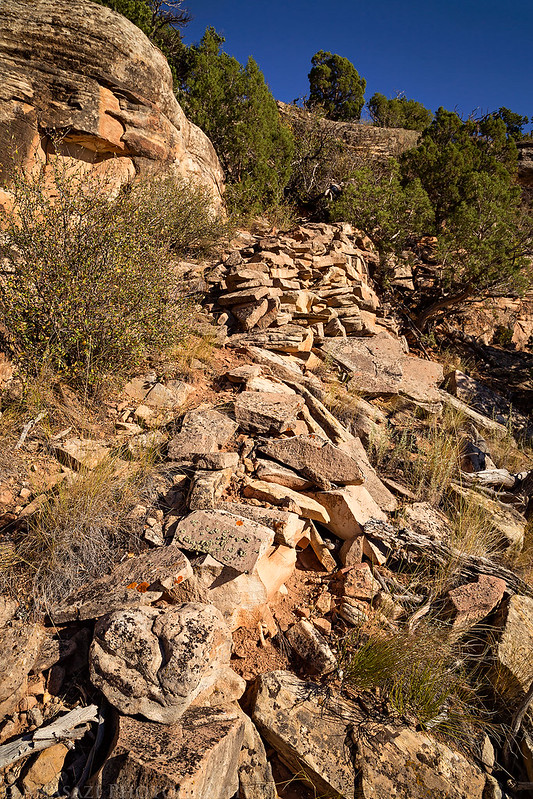