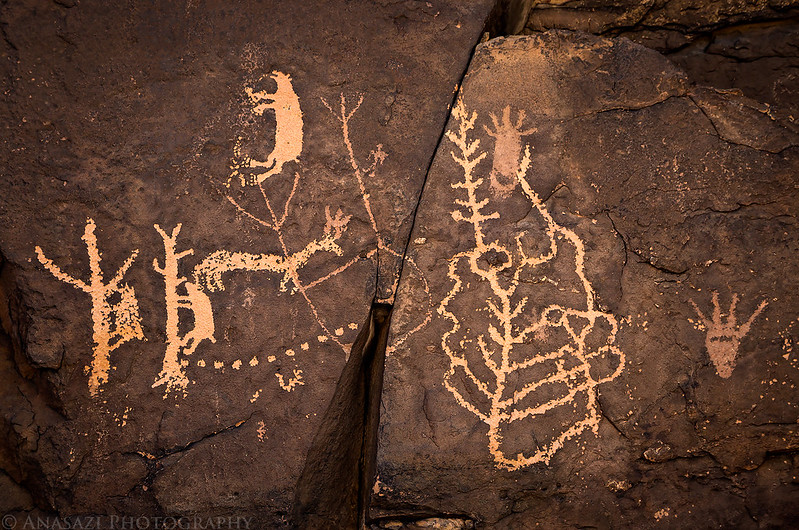 Carol teaches us about the Bear Dance Panel, one of the most interesting petroglyph panels found in this area. 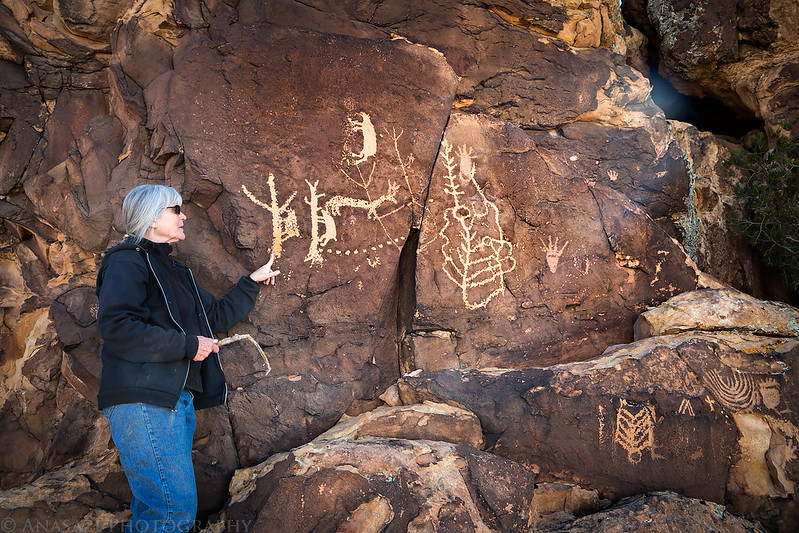 A map representing the Uncompahgre Plateau. 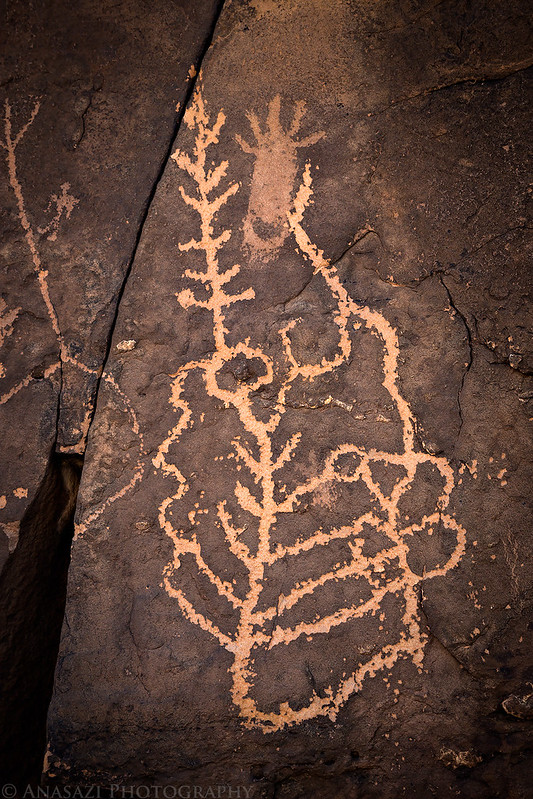 Instructions on how to perform the Bear Dance written in stone. 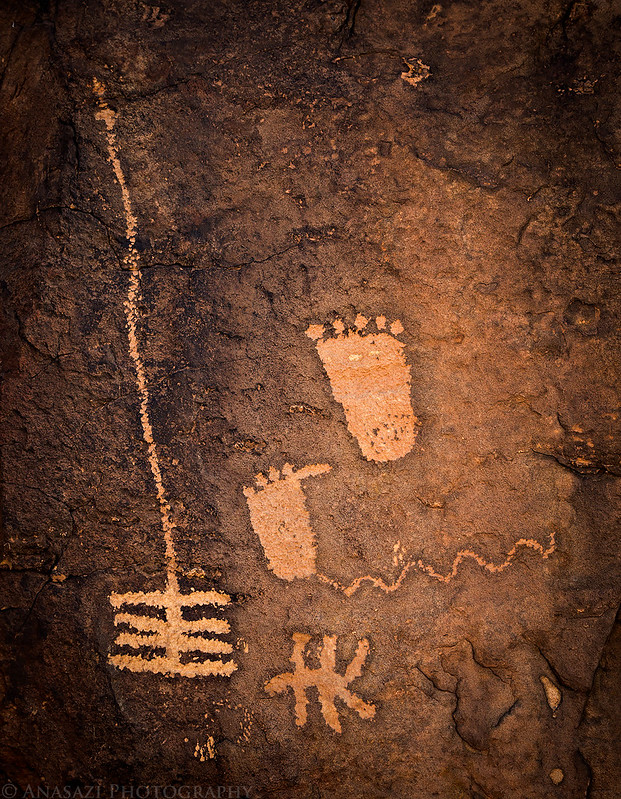 A representation of the five levels of the cosmos. 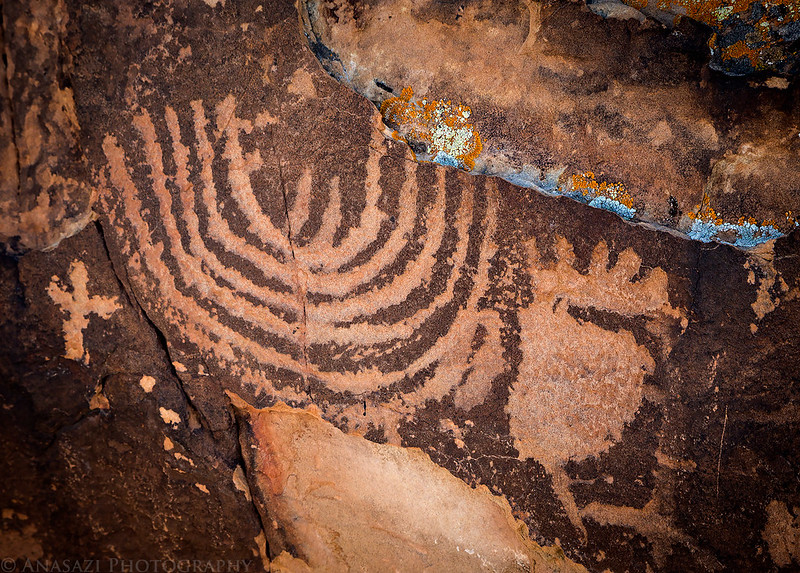 A newer tree has been superimposed over older petroglyphs. 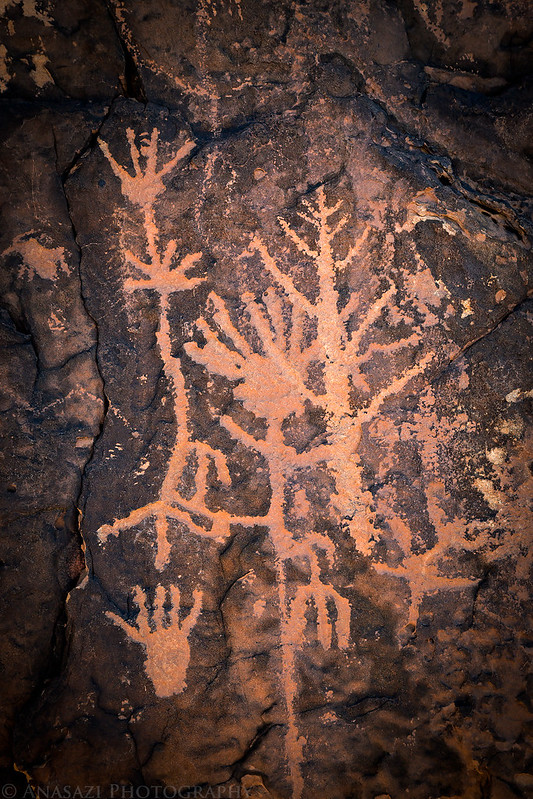 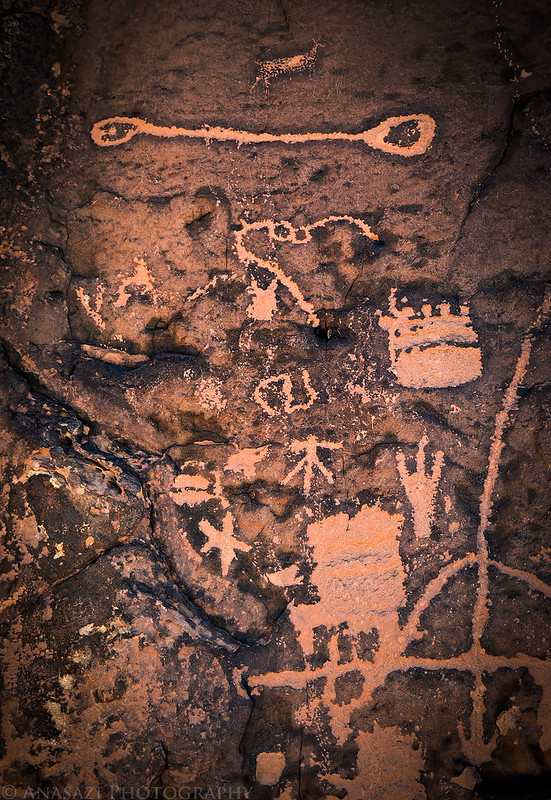 These abstract petroglyphs have symmetry that is characteristic of the Ute. 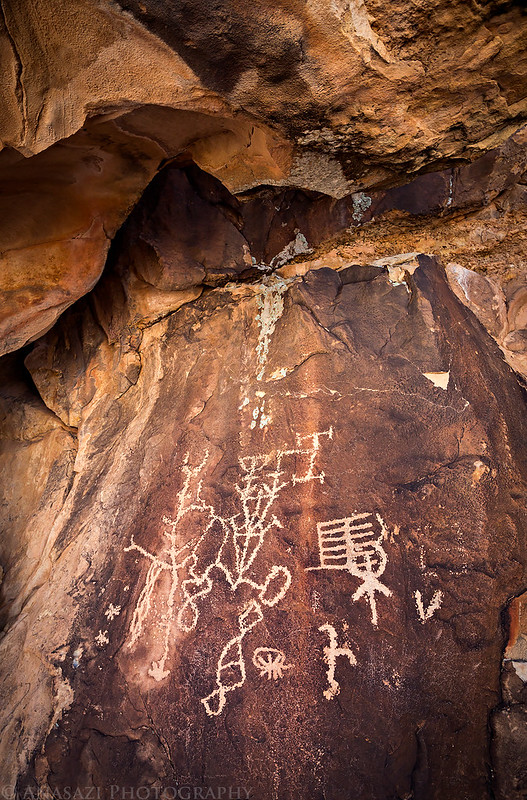 This horse has a lot of legs! 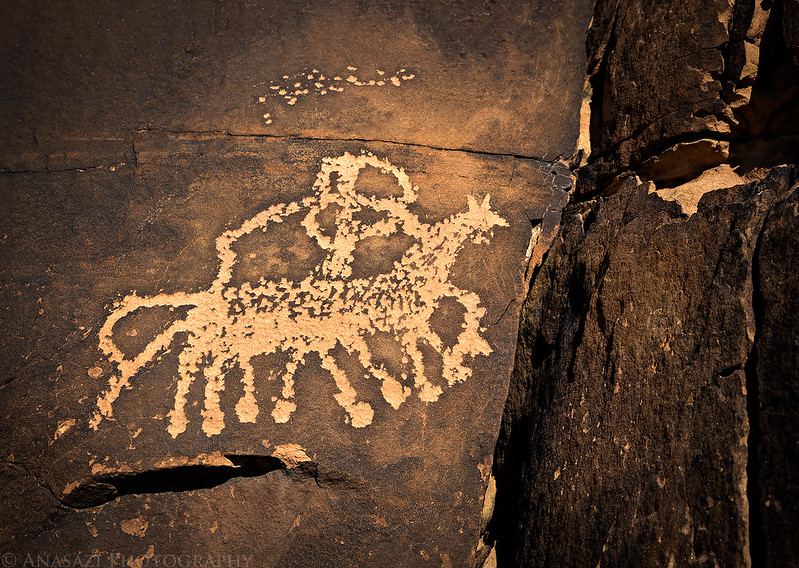 The tree on the left is a ‘cosmic tree’ similar to the one found in the Bear Panel. 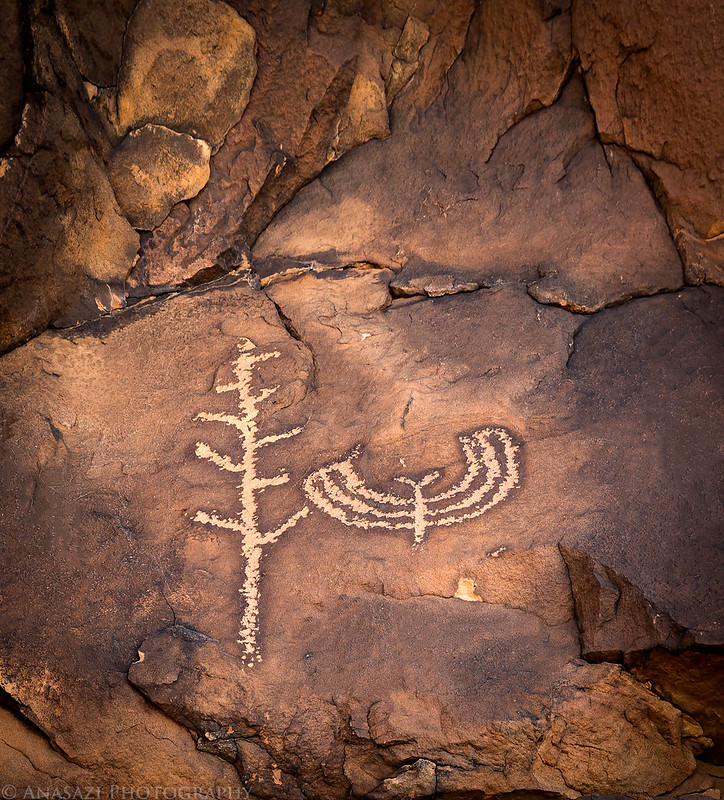 A lone horse on a boulder. 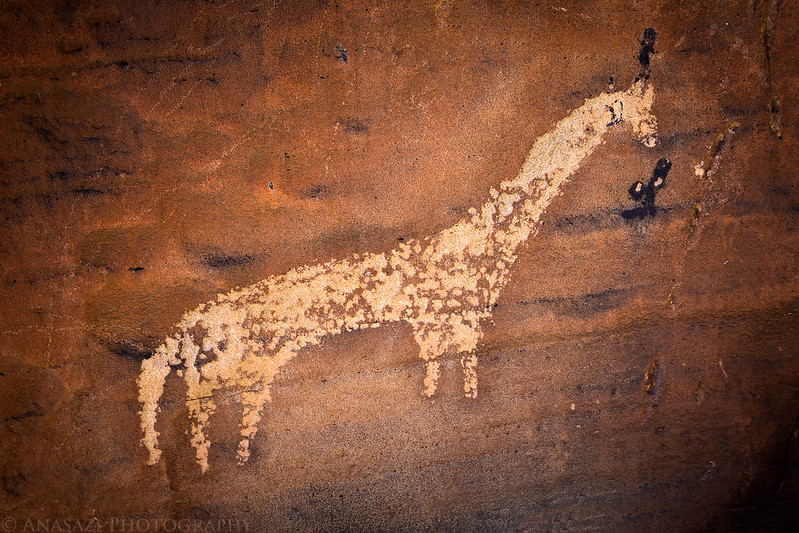 Carol points out some of the many different tracks pecked into Picture Rock. I had not seen this panel on my previous trip to the park. 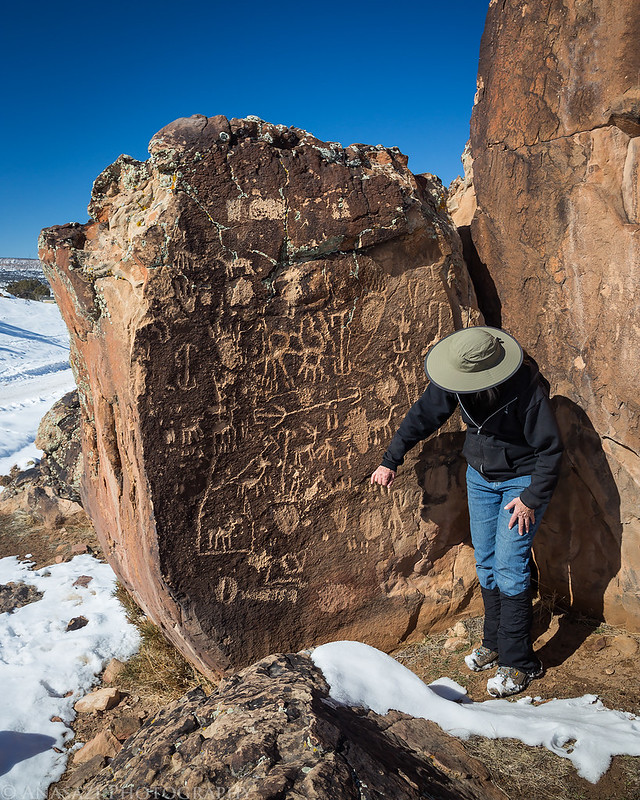 A closer look at Picture Rock. 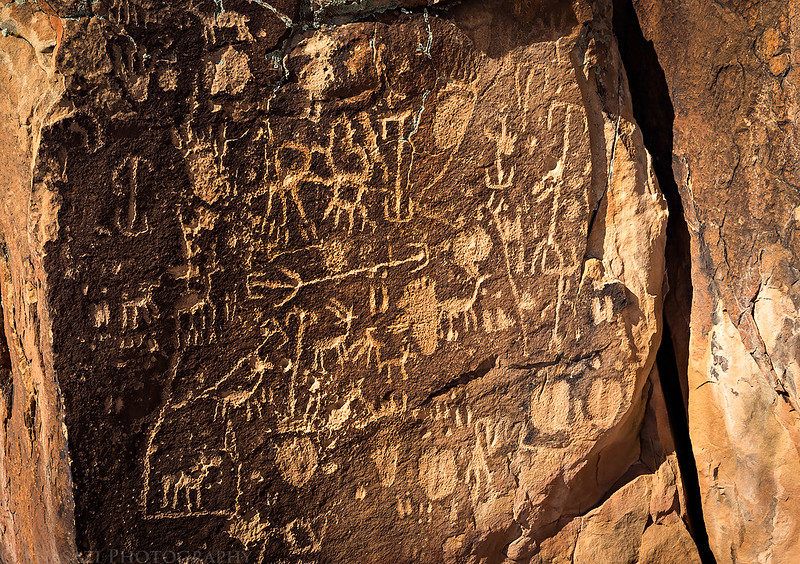 After the tour Diane and I drove up to the Black Canyon of the Gunnison National Park, had a little lunch, and then went snowshoeing on the Oak Flat Trail near the Visitor’s Center.

Snowshoeing the Oak Flat Loop along the rim of the Black Canyon of the Gunnison. 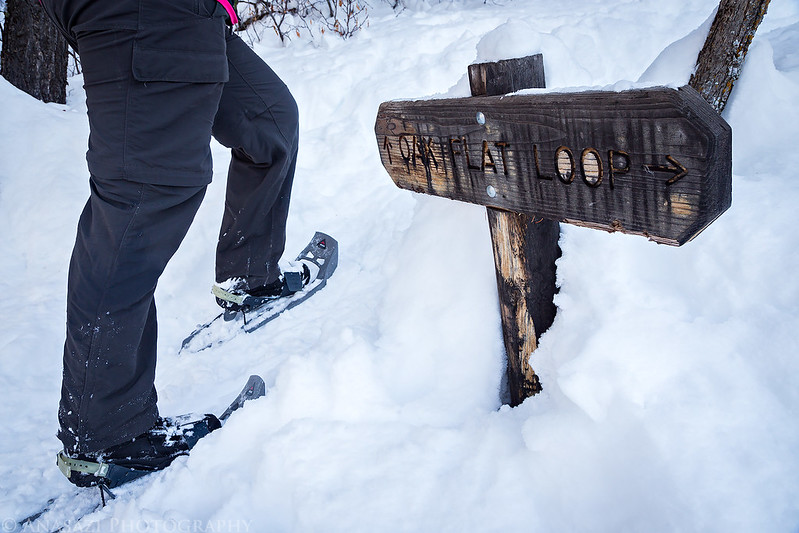 There was plenty of snow up here and clear blue skies. 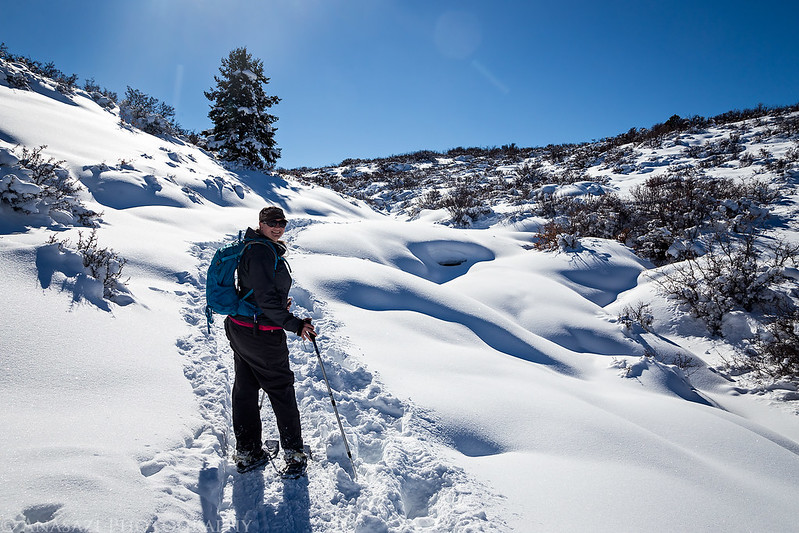 A view down into the Black Canyon with a glimpse of the Gunnison River. 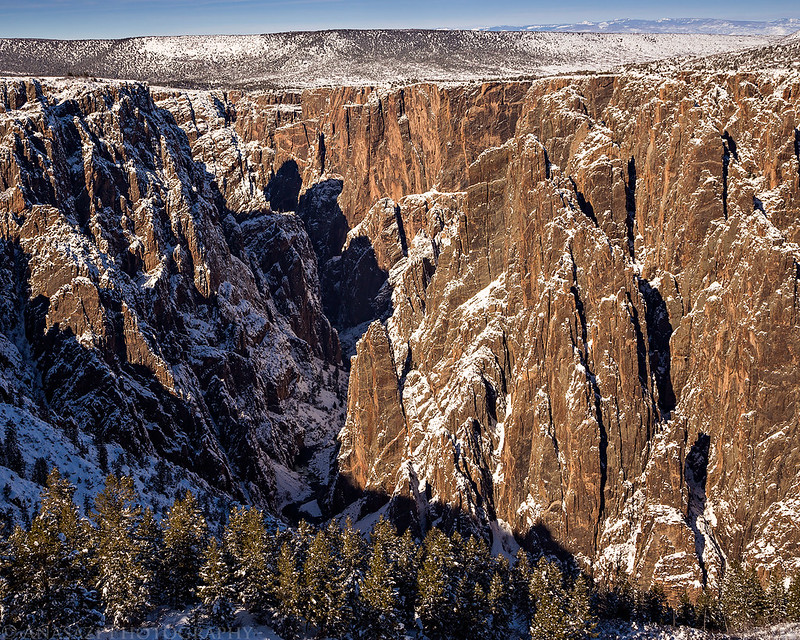 Snowshoeing through the trees. 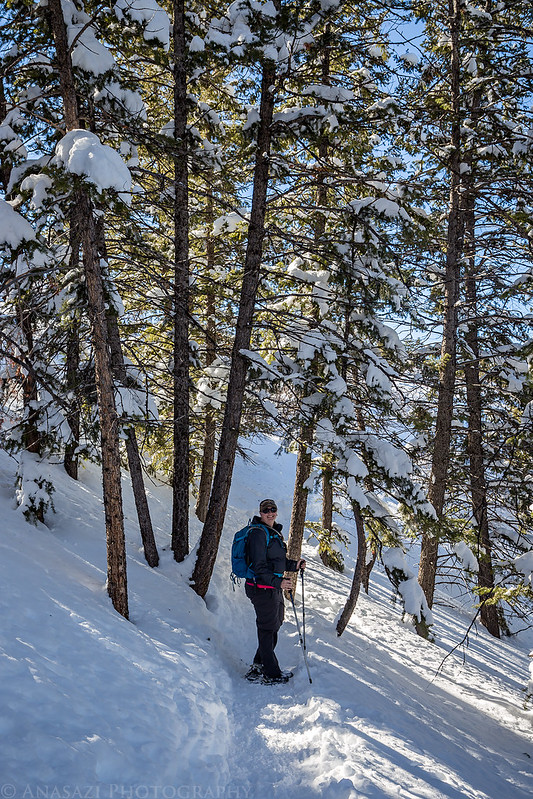 Black Canyon of the Gunnison Wilderness 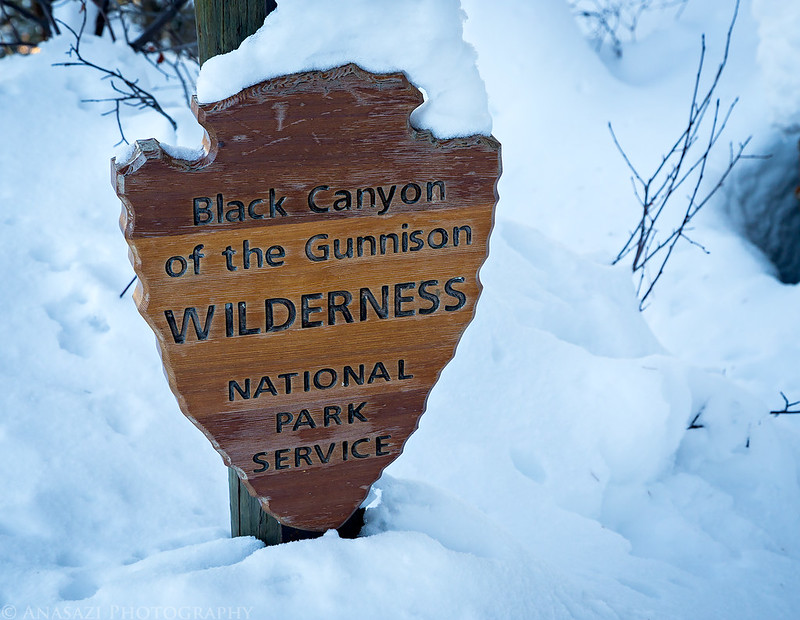 Following a ledge in the snow back to the trailhead. 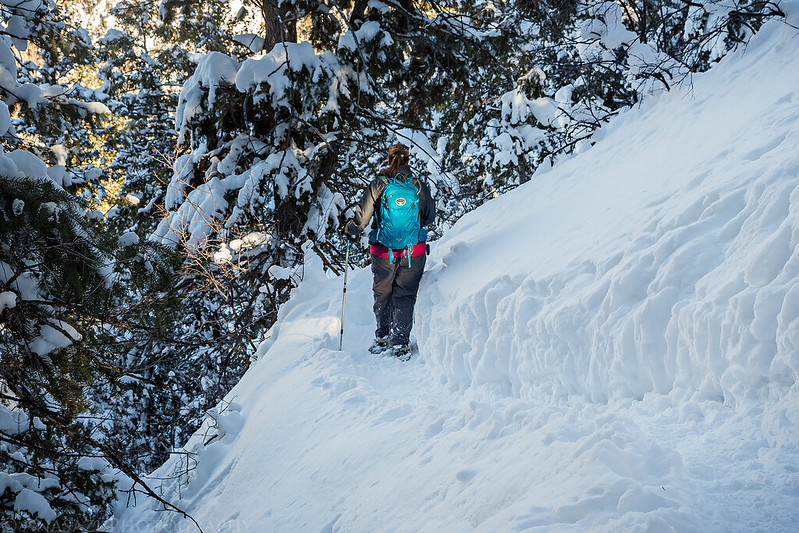