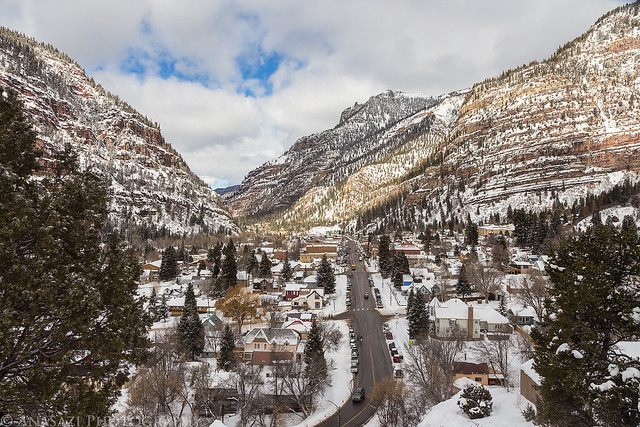 Overlooking Ouray from the Million Dollar Highway near the Ice Park.

Even though we didn’t make it to the Ouray Ice Festival last year or yesterday, we did finally get back there this morning. We left home shortly before sunrise and arrived at the Ice Park just in time to catch the start of the Speed Competition. It was snowing pretty good when the competition first started, but the snow eventually stopped and the sun even made a few appearances throughout the morning.

Sunrise on the Uncompahgre Plateau viewed from Highway 50 between Grand Junction and Delta. 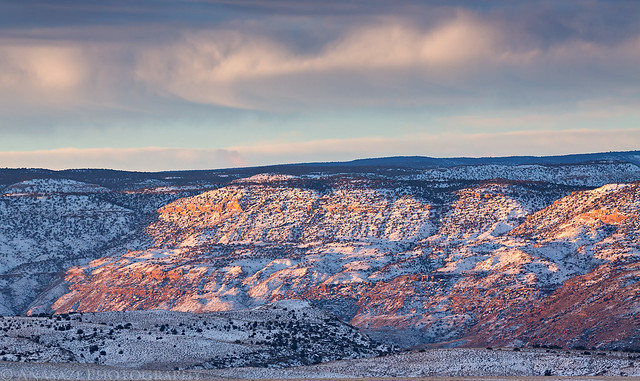 When the Speed Competition first started it was snowing pretty good out. 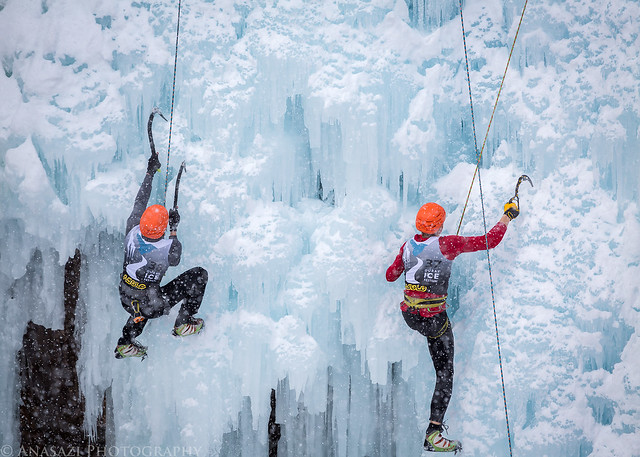 The winner of the race is the climber who hits the metal canister with their ice axe first. 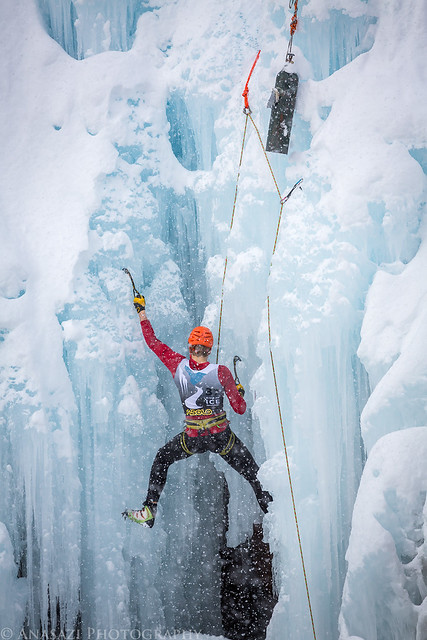 A lot of climbing in the canyon this morning. 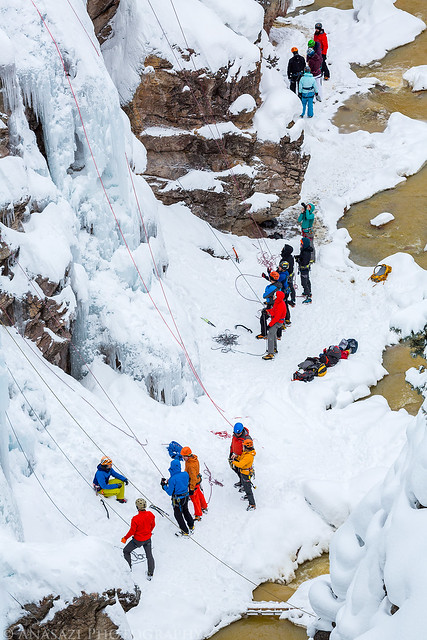 No stopping on the bridge. 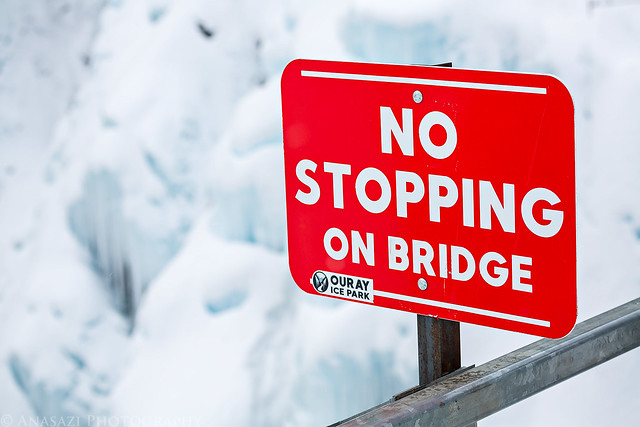 After watching the speed climbers for a little bit, we then hiked up to the beginner’s wall so that Diane could try ice climbing for the very first time. After getting geared up and waiting in line for her turn she was soon climbing to the top of the forty foot wall of ice.

Diane quickly learns the ropes before trying ice climbing for the first time. 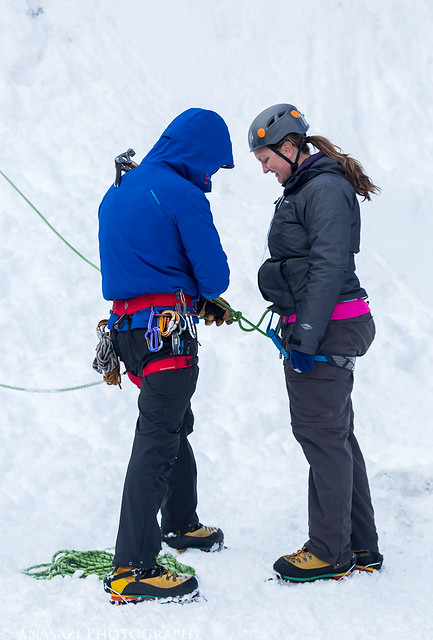 On her way up… 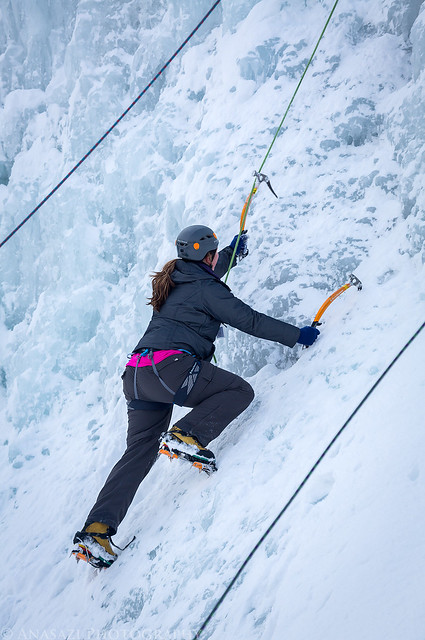 She made it to the top of the 40 foot beginners wall. 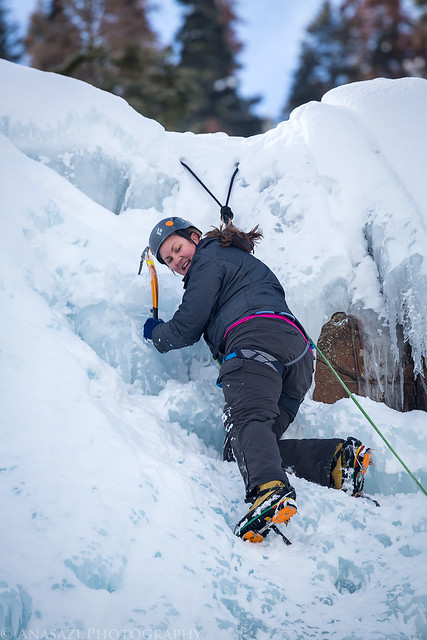 Twin Peaks and Sister Peak bathed in sunlight with a little blue sky above. 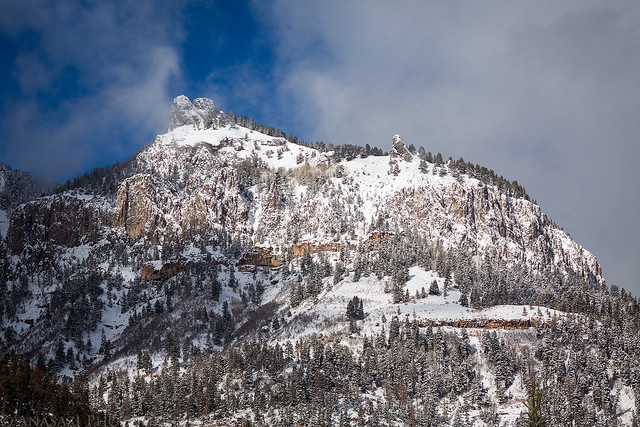 There were plenty of other climbers that were not in the competition to watch and photograph. 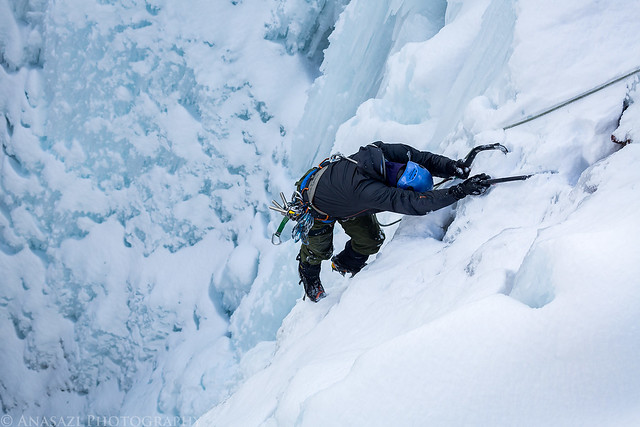 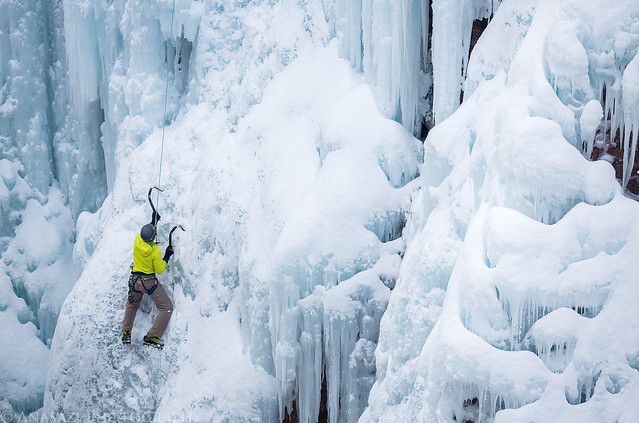 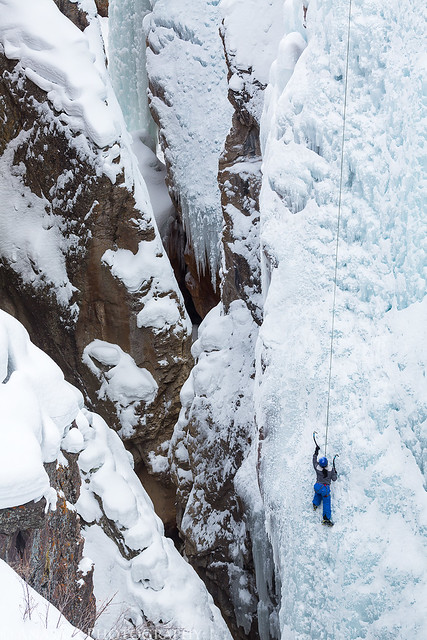 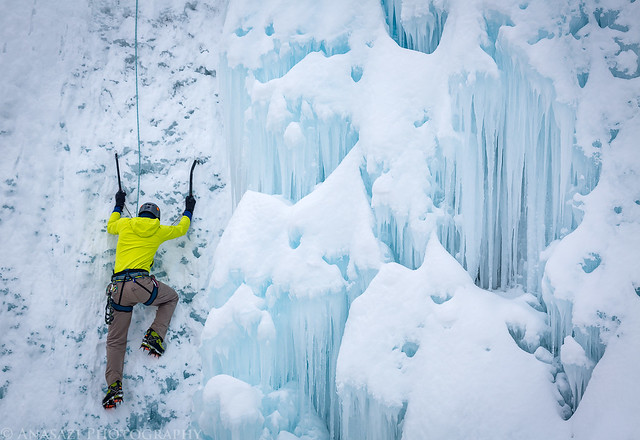 A nice view of Cascade Mountain on the other side of the valley. 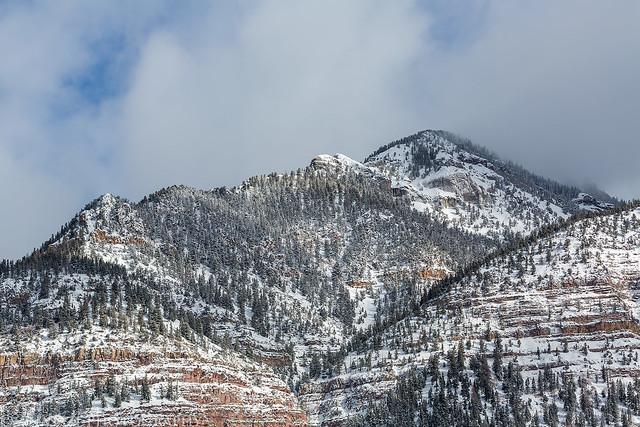 Looking down on the Ice Festival and vendor booths. 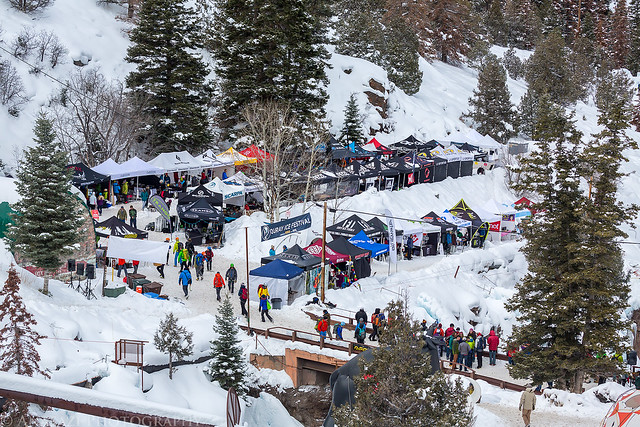 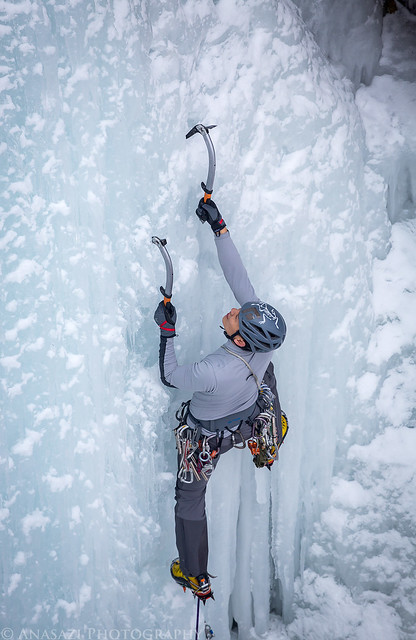 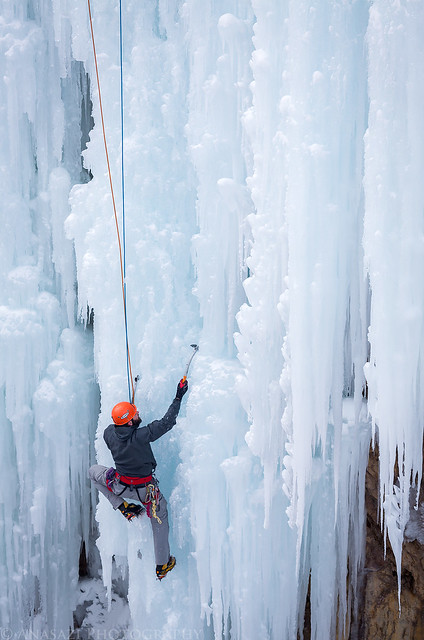 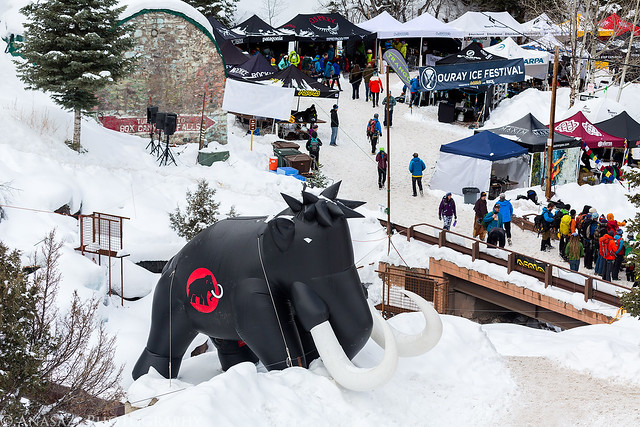 Before heading back home we watched a little more of the speed competition. Some of these climbers were pretty fast and made it to the top of this 100 foot wall in less than a minute. 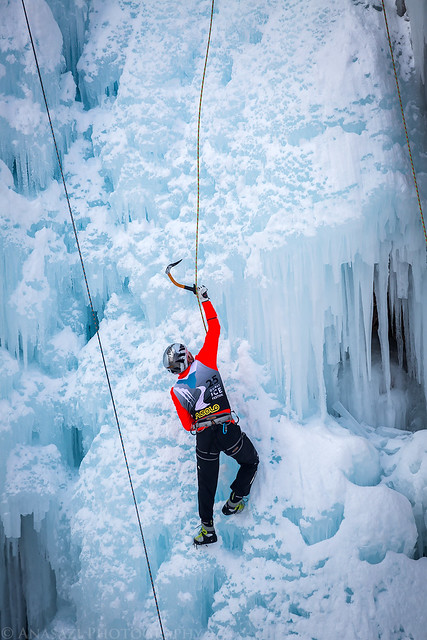 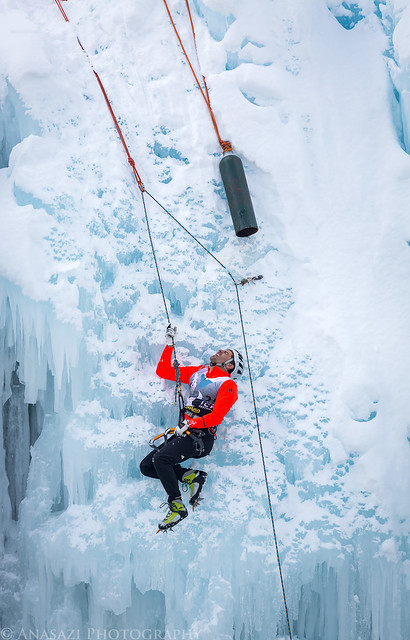 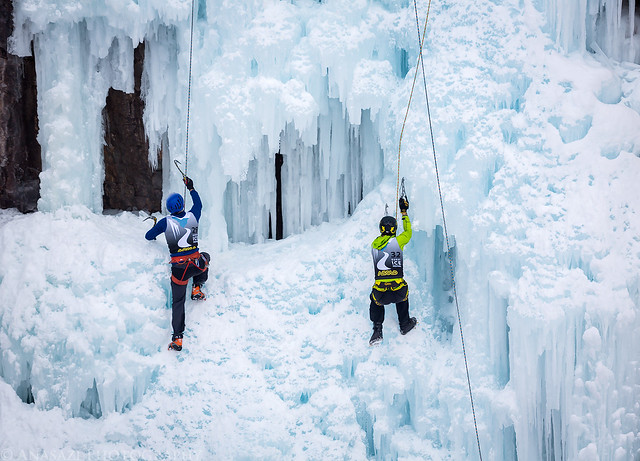 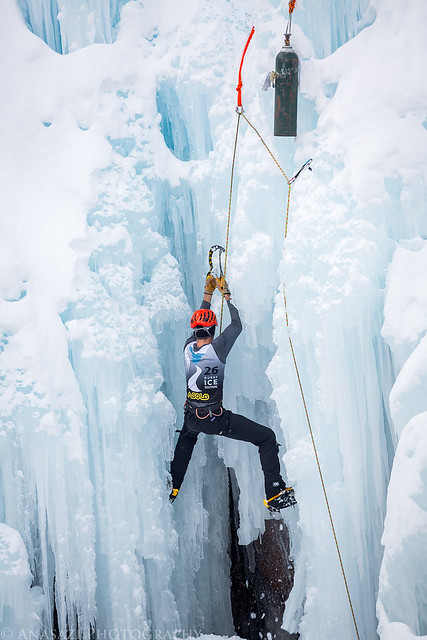 Leaving the Ice Festival and walking up the Million Dollar Highway to our car. 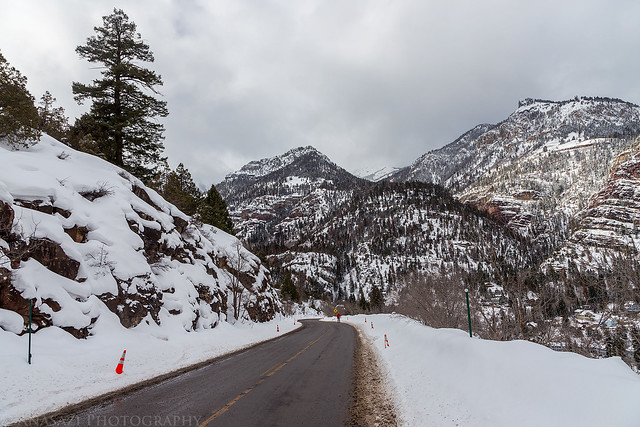