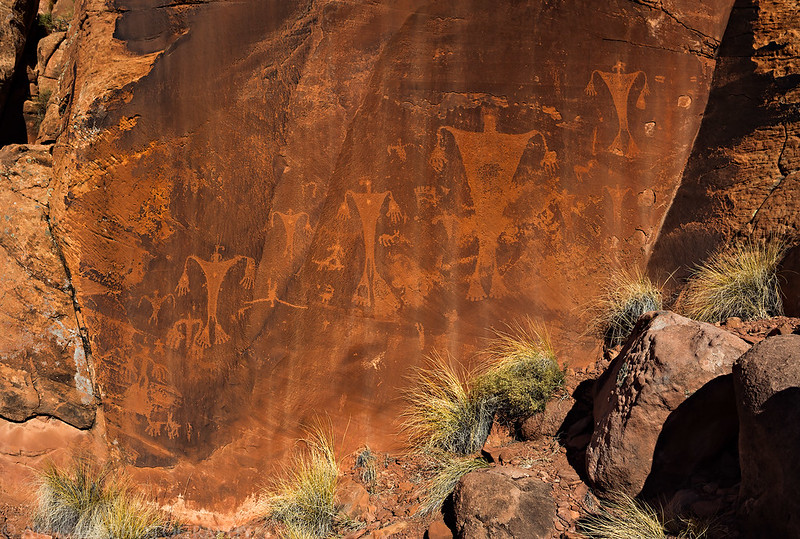 We stopped above this bend in the Dolores River for a photo shortly after sunrise. 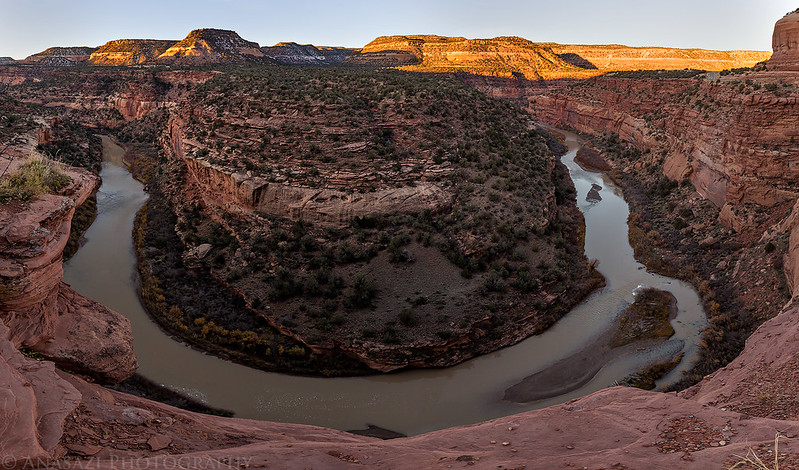 Always a pleasant drive along the Unaweep – Tabeguache Scenic Byway. 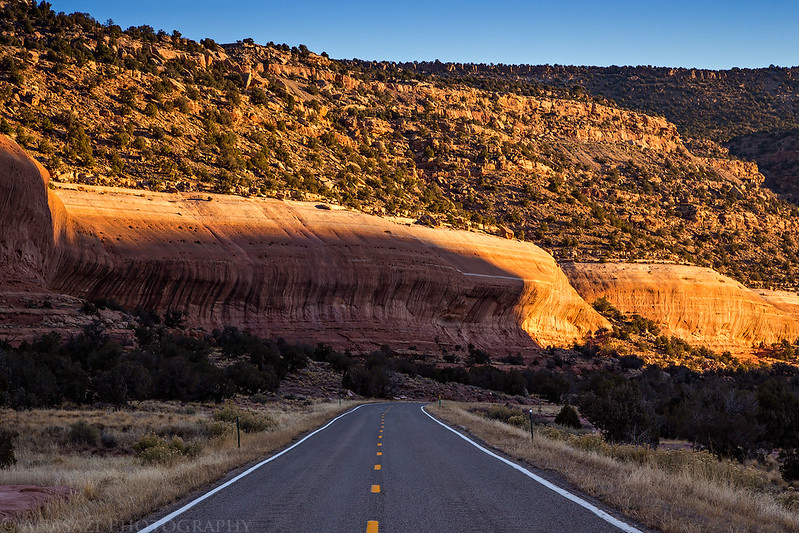 I have known about the presence of interesting petroglyphs within Paradox Valley for a while but had no idea on where they were located. After some recent research I believed that I had figured out the general area to search, so we headed to that area and just hiked around to see what we could find. Apparently my research led us to the right place since we found quite a few petroglyphs around. I’m sure we missed some, so a future trip back will probably be in order.

Off the main highway in Paradox Valley with the La Sal Mountains in the distance. 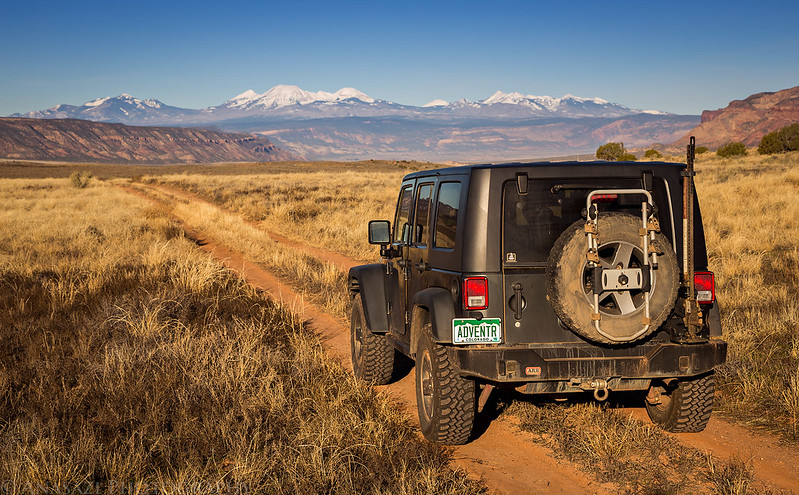 Following a two-track road to the edge of the valley. 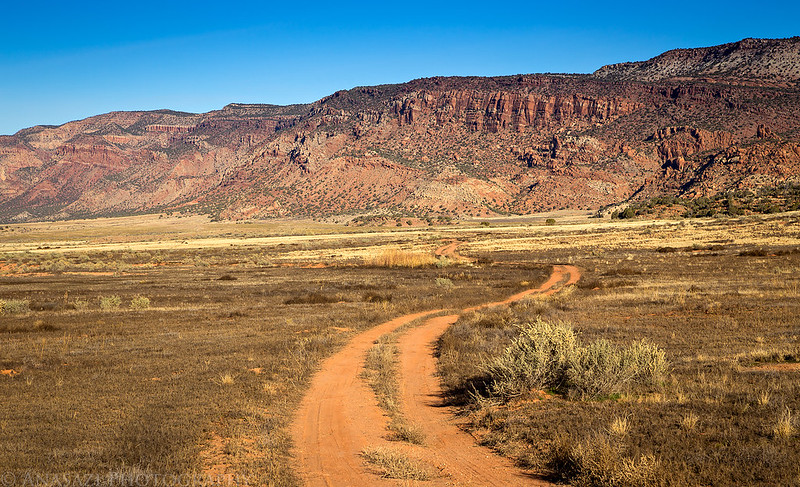 The first rock art we would find on our first short hike. 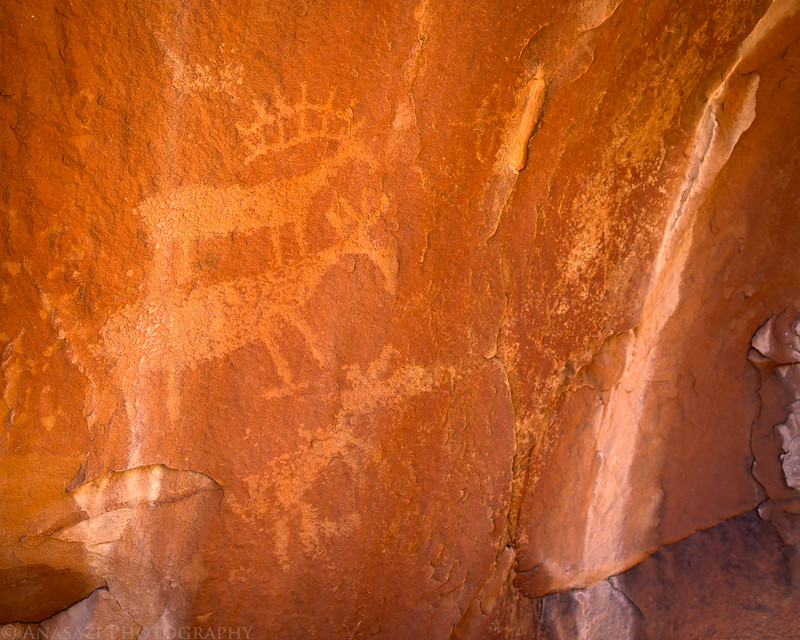 A sandal print next to a metate groove. 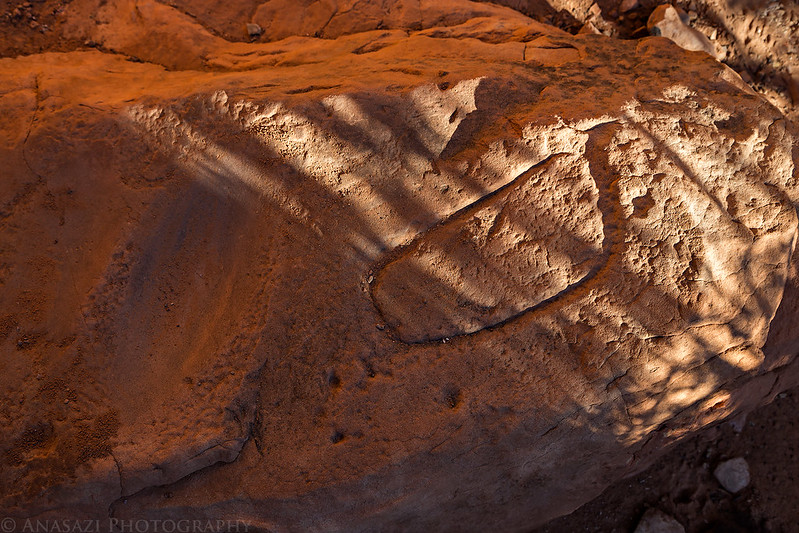 Large and deep tracks carved into the side of a boulder. 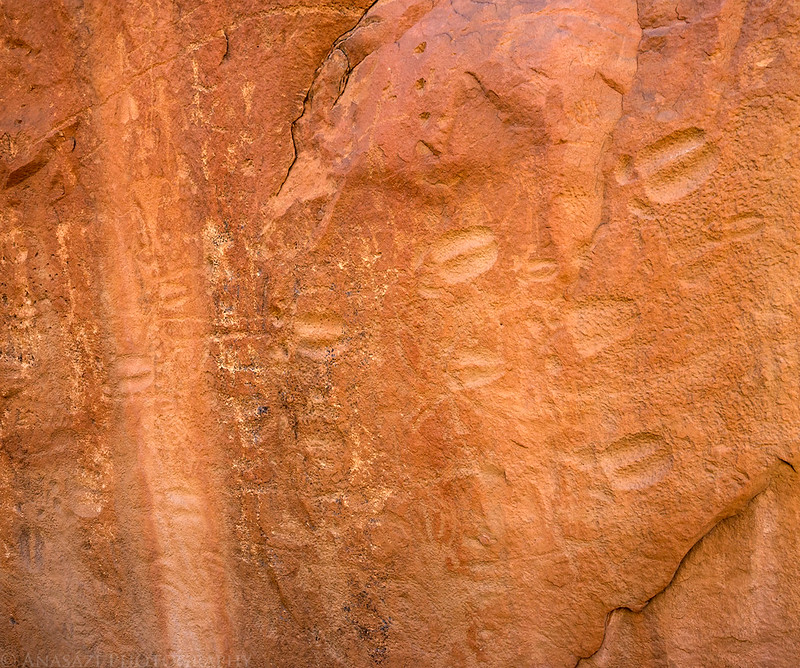 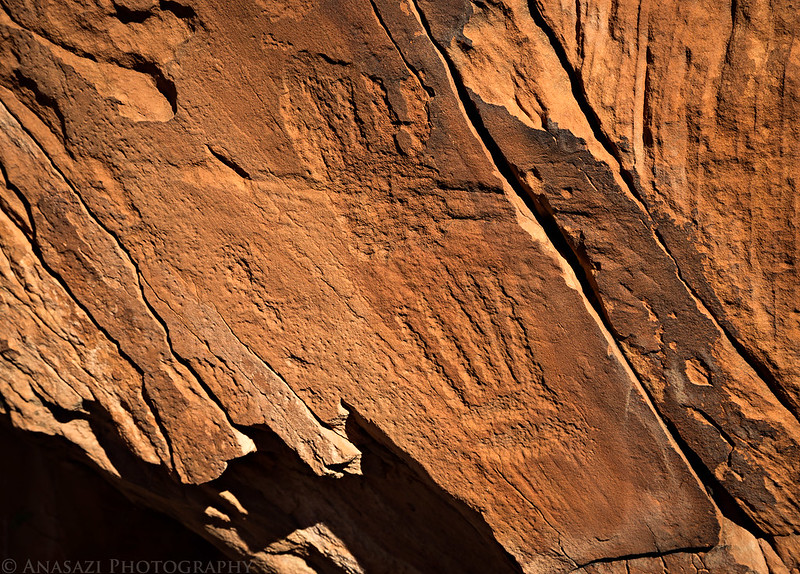 This guy has really big feet and hands compared to the rest of his body. 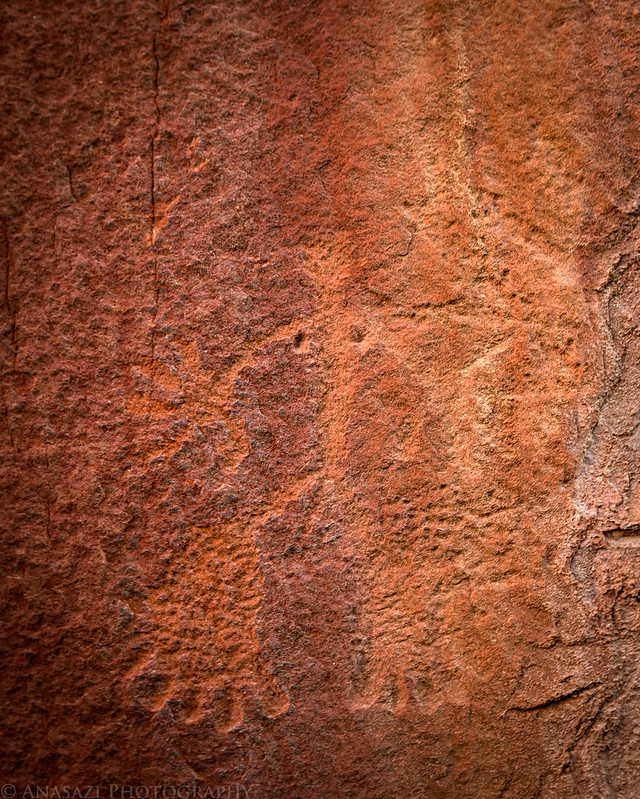 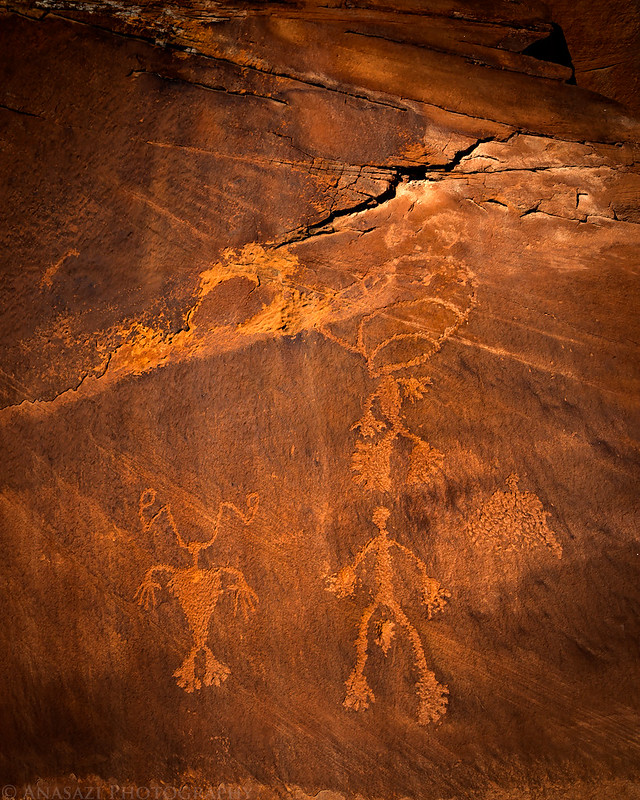 More big feet on this large and fascinating petroglyph panel. 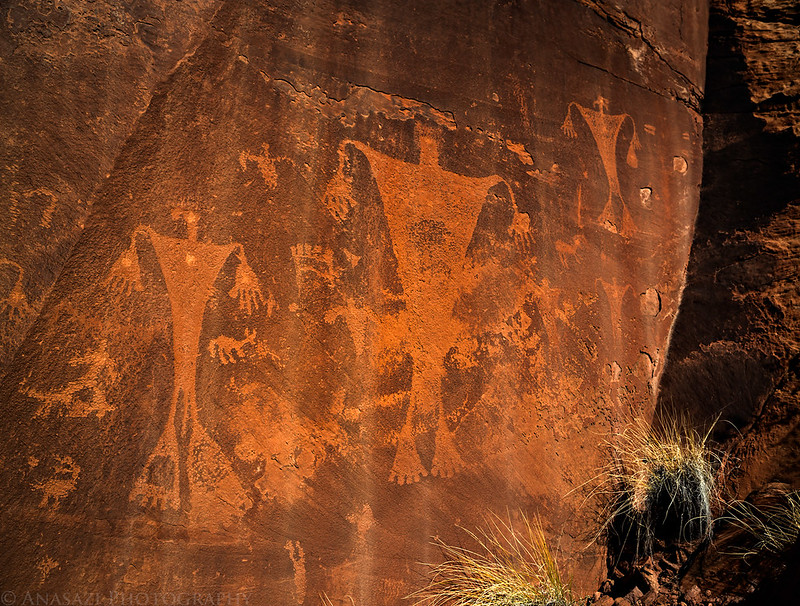 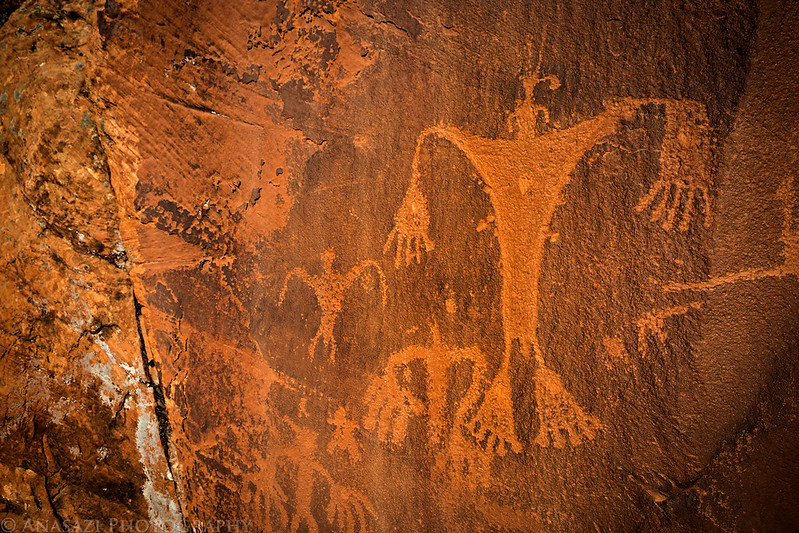 This guy appears to be holding some kind of bag. 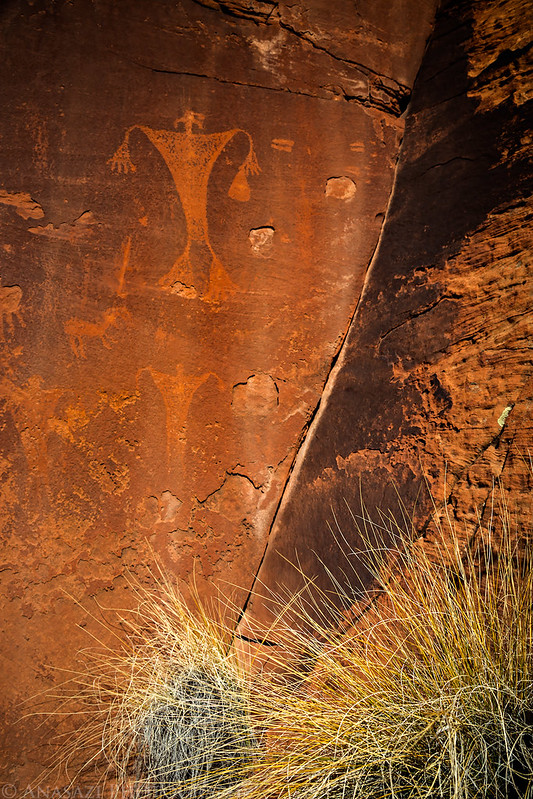 We ended up climbing to the top of the ridge above the valley. 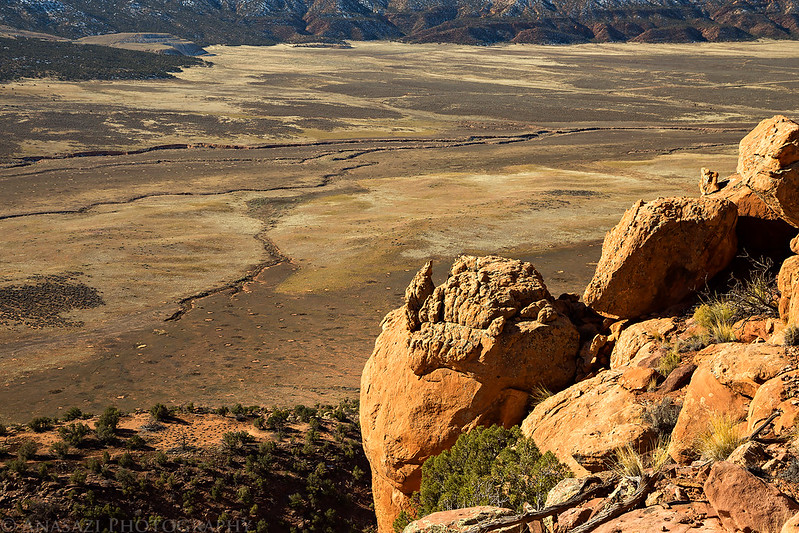 A beautiful area to explore. 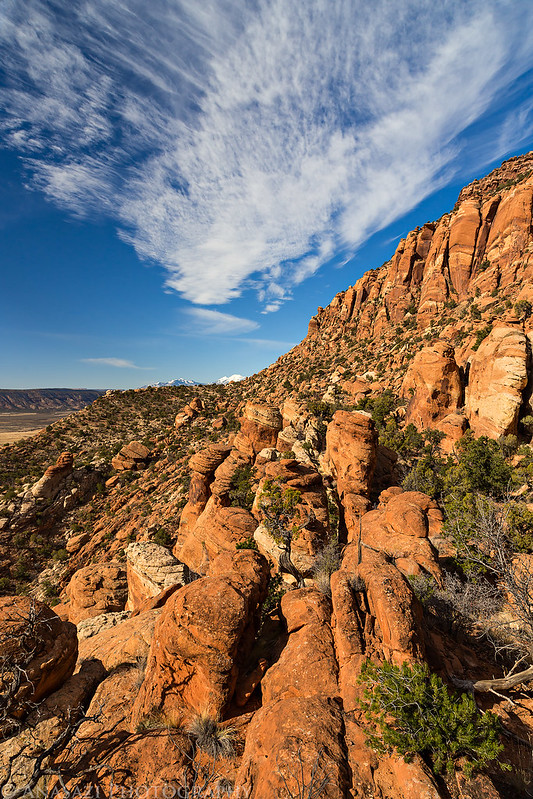 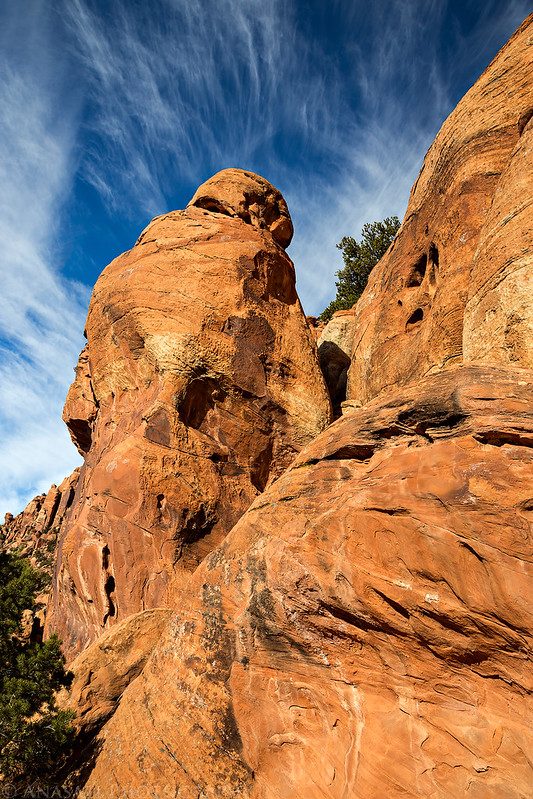 We found these two small petroglyphs on the back of a large tower. 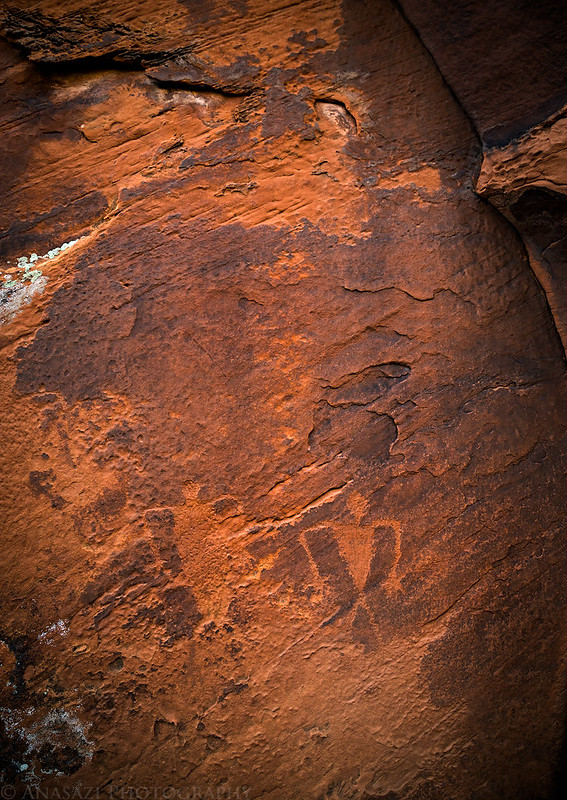 View from behind the tower. 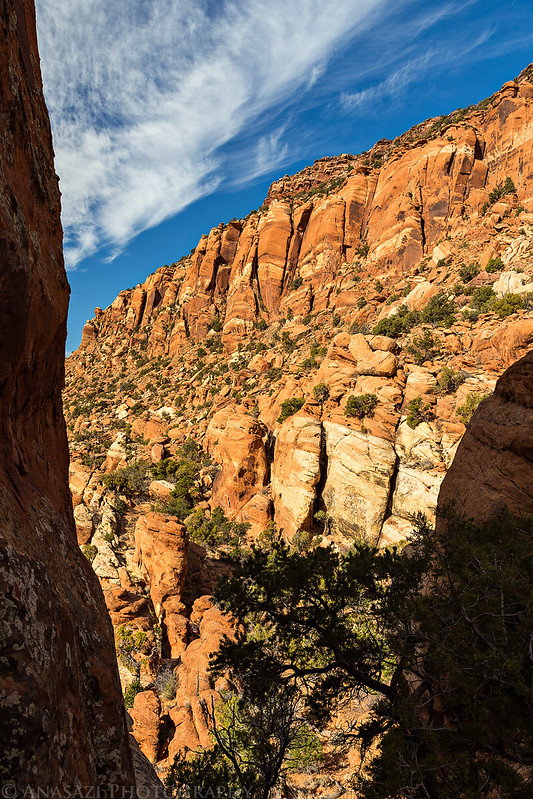 Climbing up a boulder-strewn wash to reach another sandstone tower. 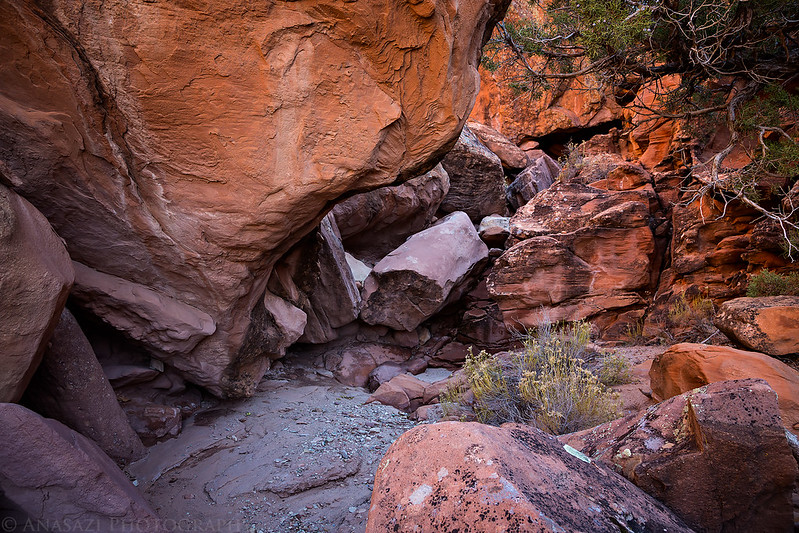 We found another large panel of hard-to-see petroglyphs on the backside of this second tower. 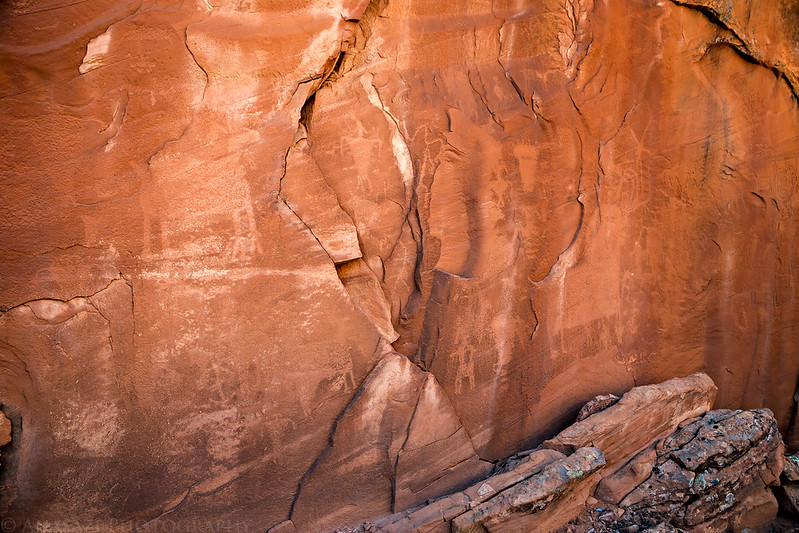 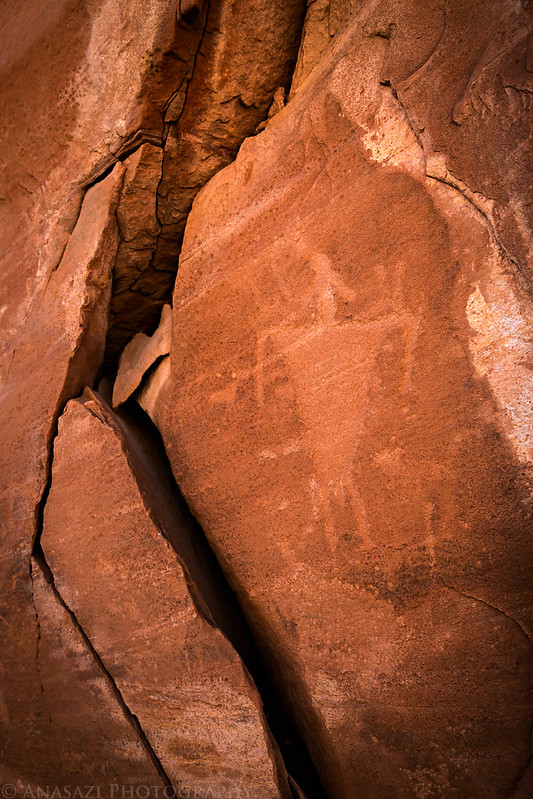 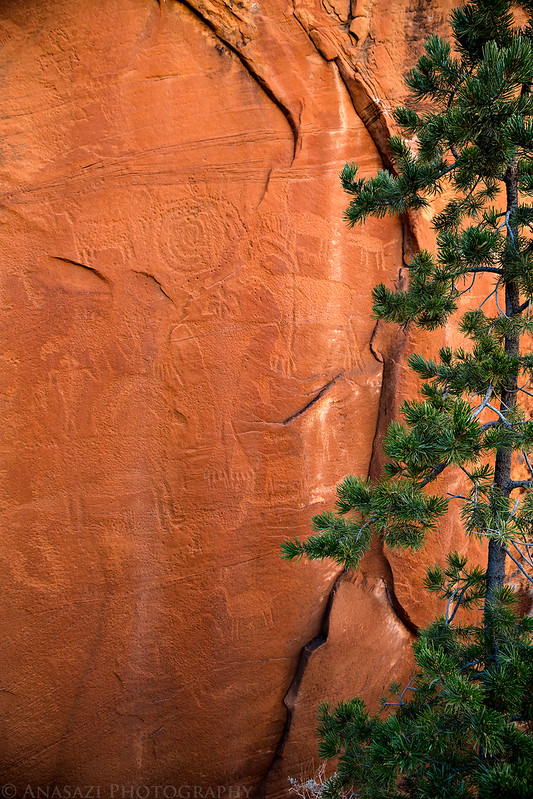 We followed the road along the Dolores River out of Paradox Valley and stopped to see the small reconstructed section of the Hanging Flume on our way back home. It was a good day! 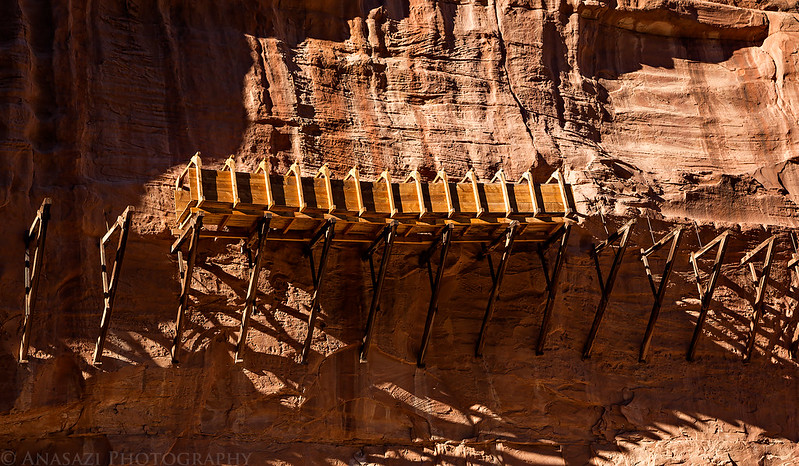