The initial steep climb up the dry clay. I certainly wouldn’t want to hike up or down this section when it’s wet! 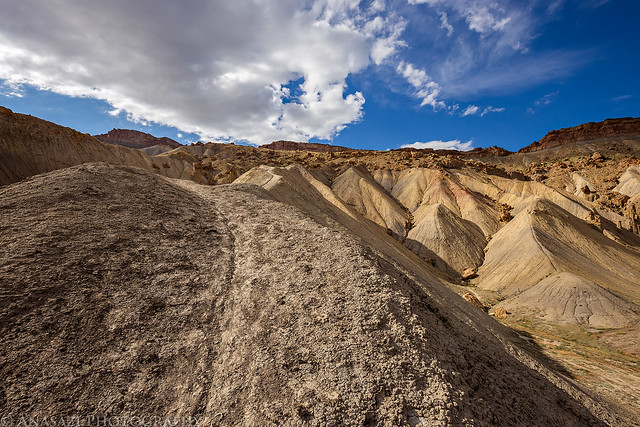 Nice light on the Grand Mesa across the valley. 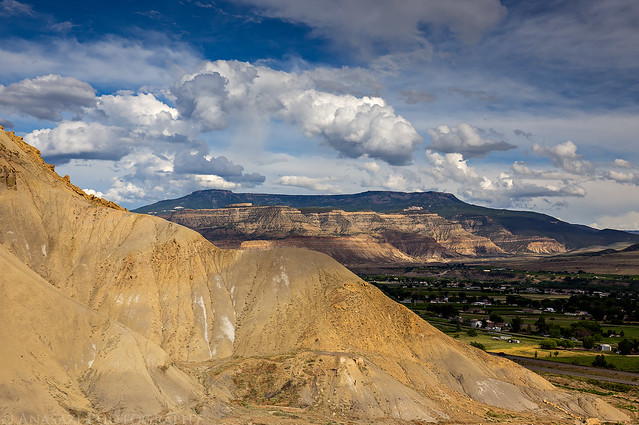 Nearing the first bench after the initial steep climb and looking back over Palisade. 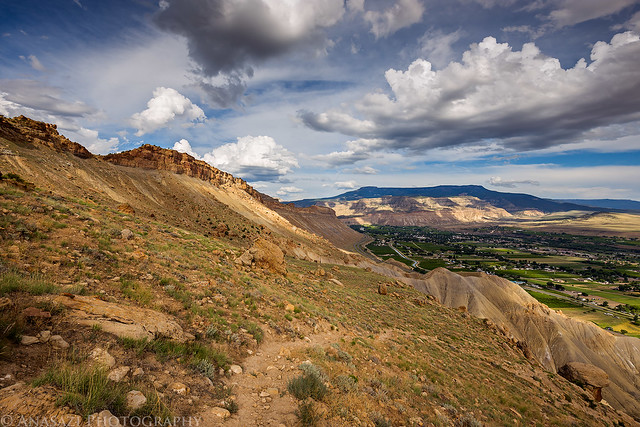 Darker clouds moved in as I made it to the second bench. 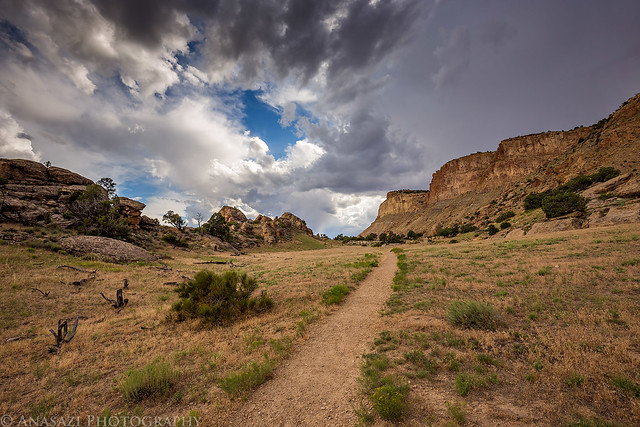 Light rays breaking through the storm clouds next to Mount Garfield. I turned around shortly after taking this photo. 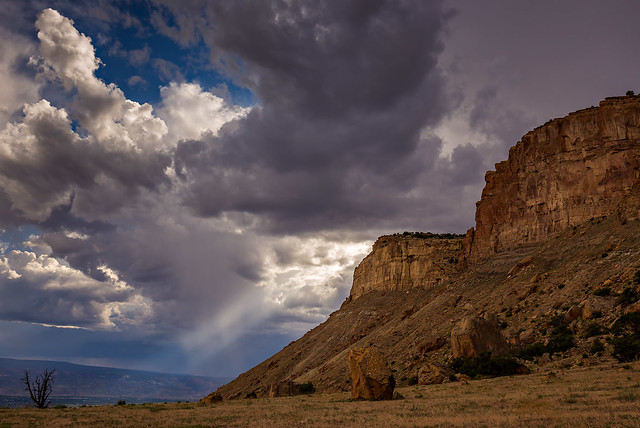 On my way back down I ran into about half a dozen wild horses near the trail on the first bench. Even though I was in a hurry to get back down to my Jeep, I had to stop for a couple of photos. 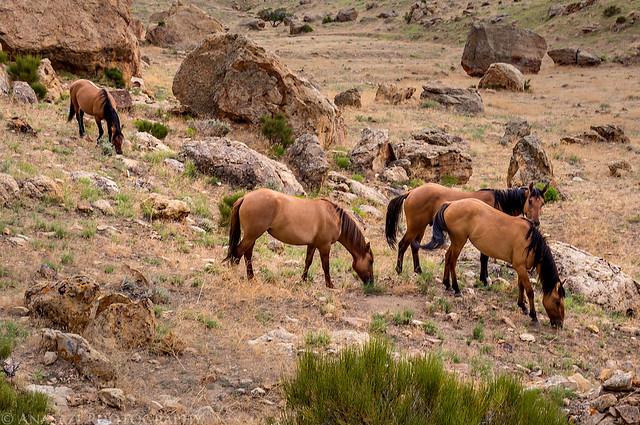 Looking back at the trail I descended to the first bench with dark clouds above. 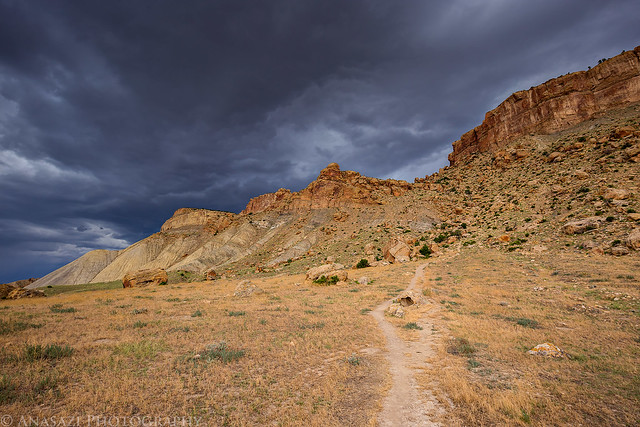 Wild horses with the storm in the distance moving closer. 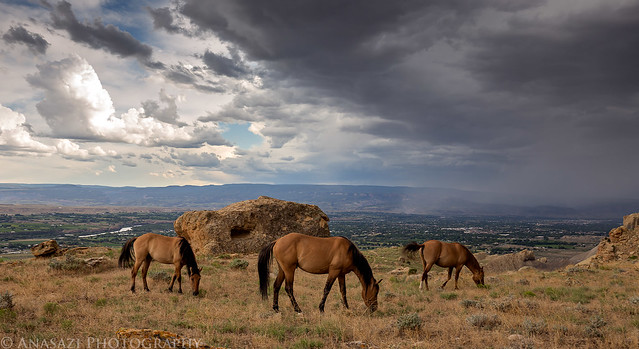 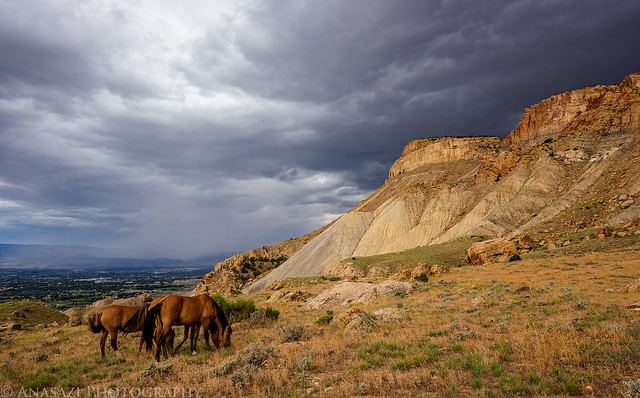 Rain over the Grand Valley. 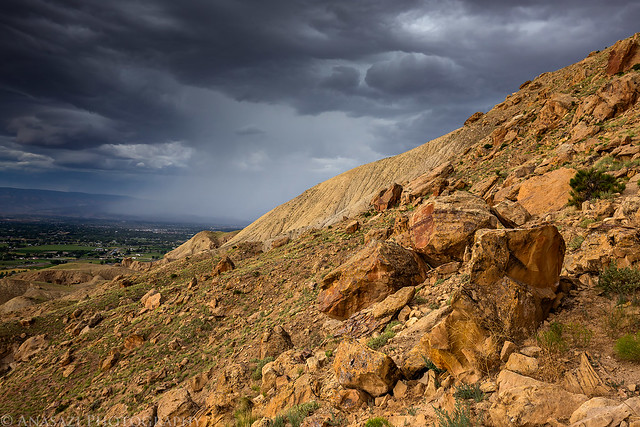 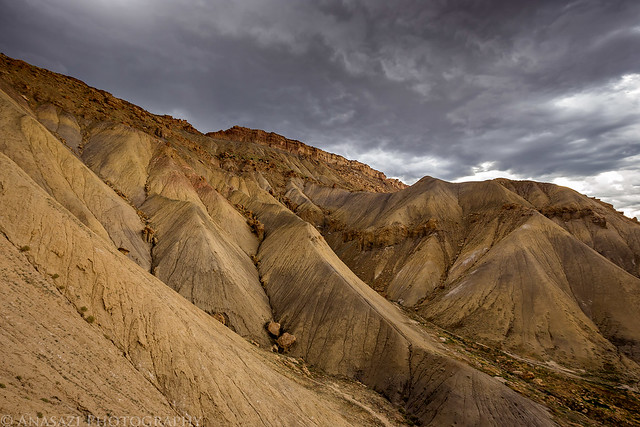