After work on Wednesday, Diane and I drove up onto the Grand Mesa for an evening hike on the Crag Crest Trail. We started from the West Trailhead and hiked up to the highest point on the Crag Crest ridge (11,189), which is also the second highest point in Mesa County (after Leon Peak) and about 4 miles from the trailhead. It had rained earlier in the afternoon and much of the trail was wet and muddy, plus the mosquitoes were out in force when we started. The mosquitoes were so bad at the beginning of the trail that we couldn’t stop moving or else we would be swarmed by them! Thankfully, they seemed to disappear once we reached the higher portion of the ridge and we also didn’t have any issues with mosquitoes on the hike back down. The sky was pretty cloudy and overcast for much of the hike, but when we reached the summit we were treated to a little blue sky and sunlight. From the top we were able to see the tops of the West Elks and even the distant San Juan Mountains. There was even a tiny rainbow over the Beckwith Peaks in the distance for a few minutes. Thankfully, we never saw any lightning or heard any thunder during the entire hike. We made it back to my Jeep at the trailhead shortly after sunset and we never had to use our headlamps. We were the only ones on the trail this evening and it was a nice way to spend a few hours after work.

Beginning of the Crag Crest Trail. 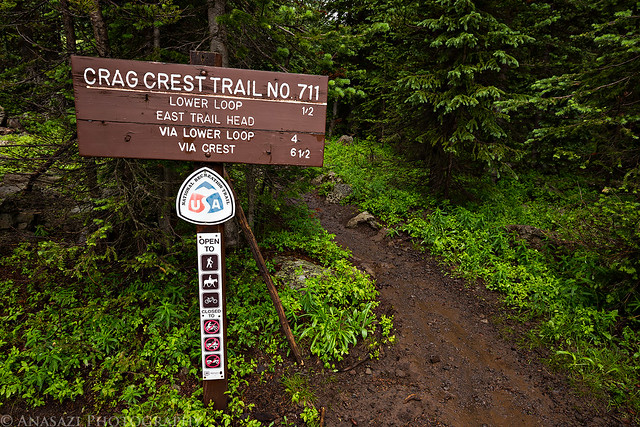 Everything was very green along this lower part of the trail. 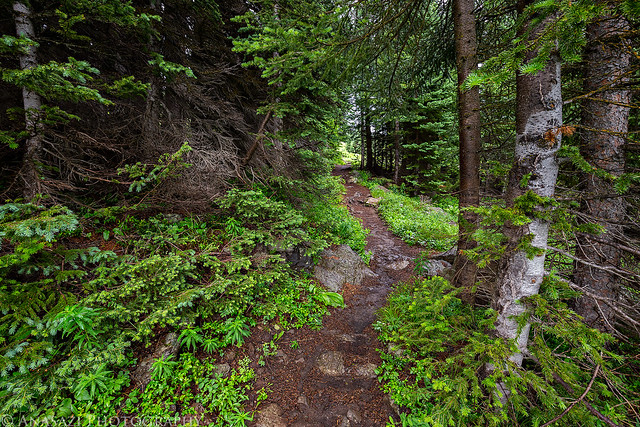 Following the trail up a big switchback to gain the ridge to the summit. 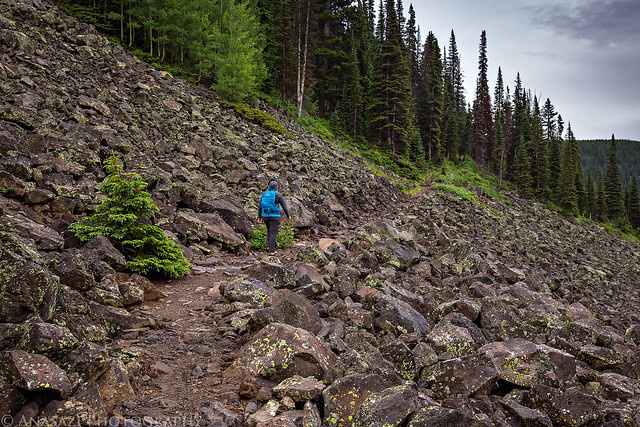 Typical trail scene through the forest. 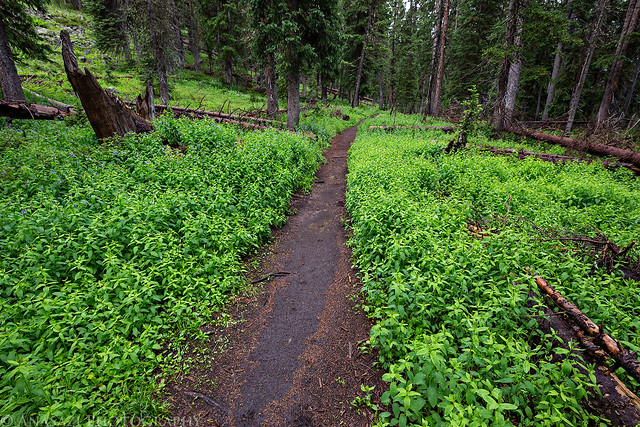 Diane along the narrow ridge of the Crag Crest shortly before reaching the highest point. 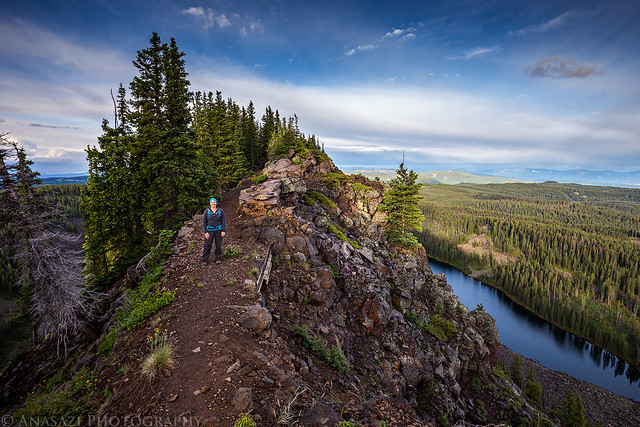 View from the summit of the Crag Crest. 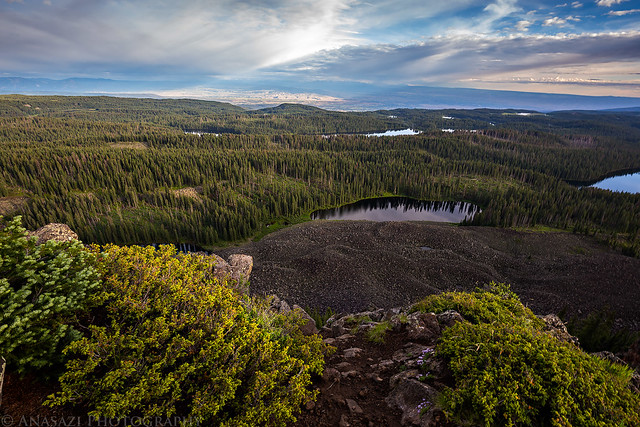 Looking down the other side of the Crag Crest from our turnaround point. 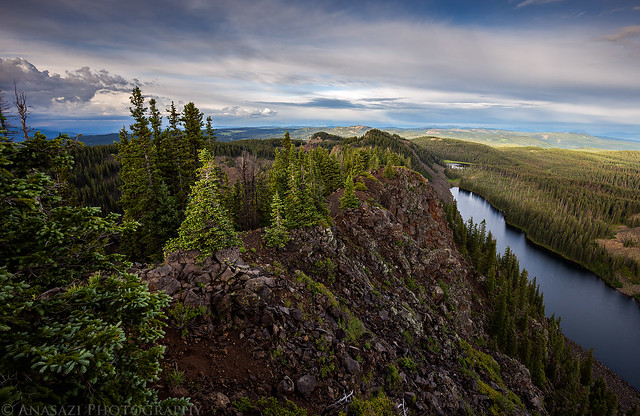 Dark storm clouds over Battlement Mesa to the north. 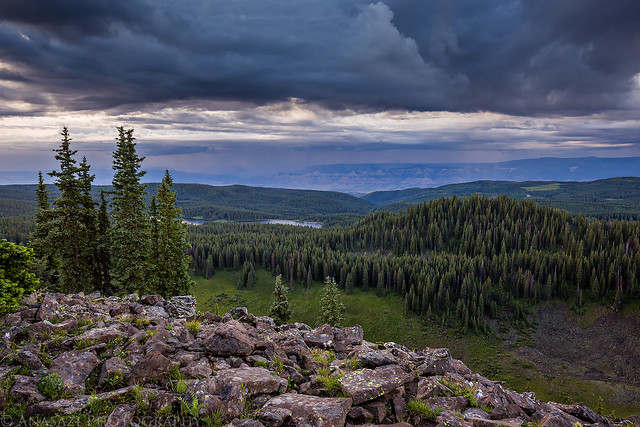 Diane hikes atop the ridge on our way back down. 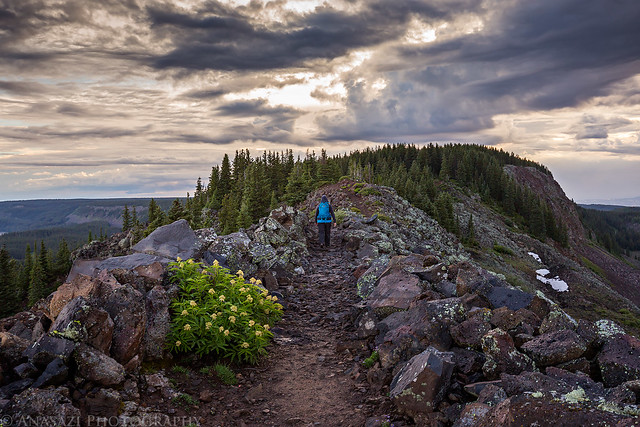 Published in Highpointing and Hiking