Entering the Gunnison Gorge National Conversation Area outside of Olathe. 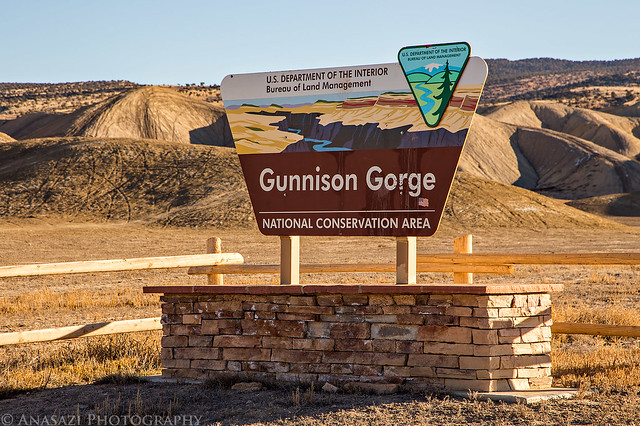 Following the Chukar Road to the trailhead. 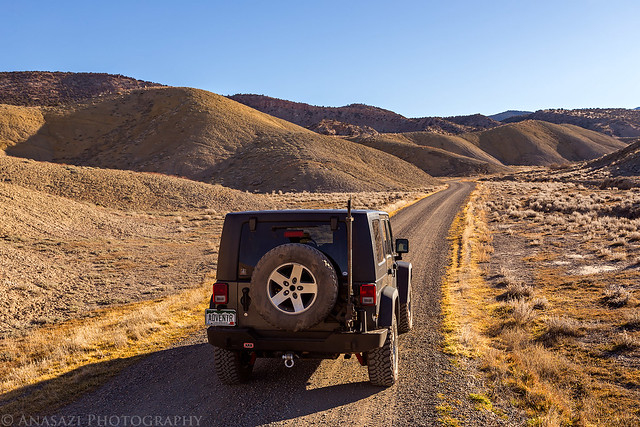 About two miles before the trailhead, the road descended a north-facing slope that still had ice and snow in places. While the road was frozen and easy to drive over this morning, I was concerned about the snow melting later in the day making it muddy and slick. I decided that I didn’t want to chance it today and turned around. It was time for Plan B.

For Plan B I drove back to the Peach Valley Road and followed it further north towards Delta. I turned off onto Ute Road and drove to the trailhead located at about 6,500 feet on the ridge above. This road was not north-facing and there was no snow, ice or mud to be concerned with. It was a little rough in places, so high-clearance is recommended. From this trailhead I would be following the Ute Trail down to Ute Park and the Gunnison River, about 1,200 feet below. It turned out to be about 4.2 miles each way.

Descending the one section of the trail that had a few constructed switchbacks with Smith Mountain in the background. 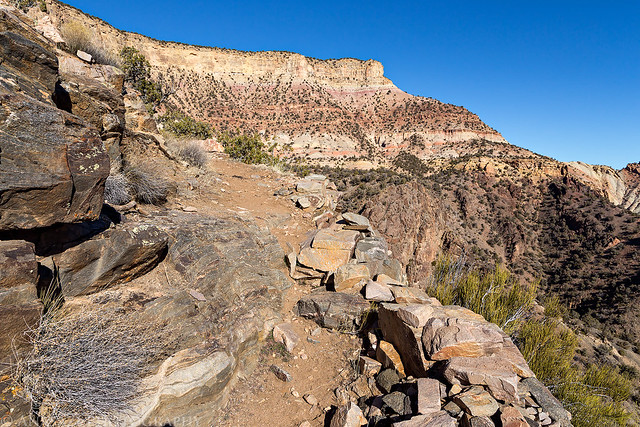 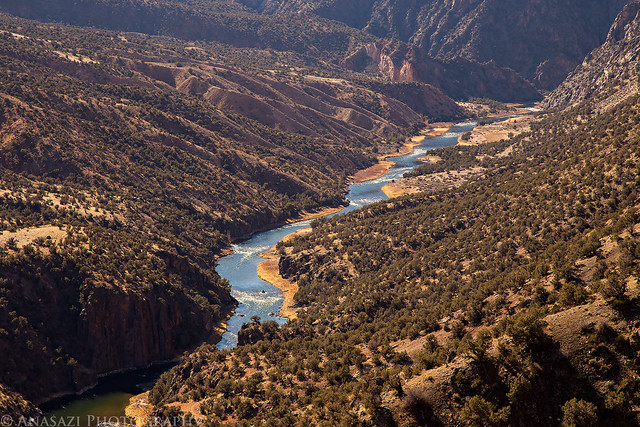 Following a ledge above the Gunnison River. On my way back there would be a few fishermen down in this section. 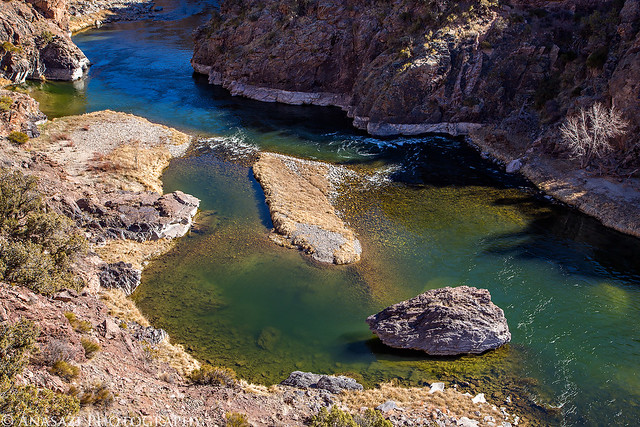 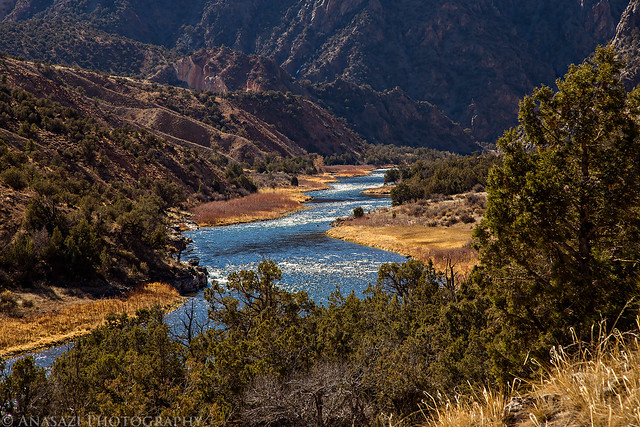 Finally along the bank of the Gunnison River. 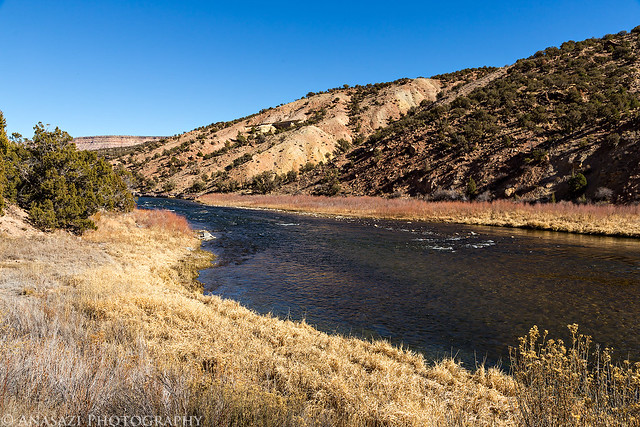 There are a few nice campsites in Ute Park for both hikers and boaters. I made sure to check them out while I was down here for future trip planning. 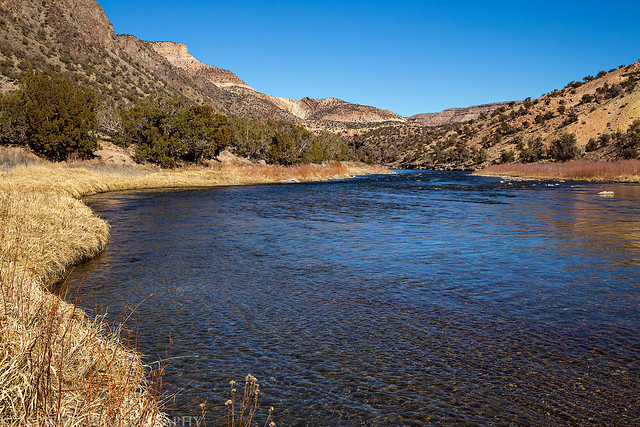 A look at the short constructed switchbacks that get the trail down to the river. 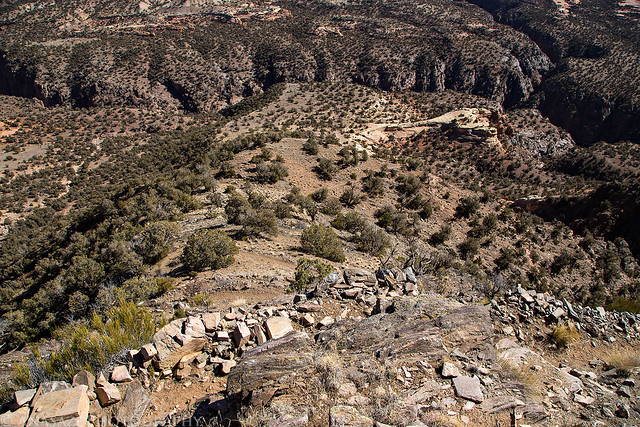 The deep gorge of Red Canyon on the other side of the river. 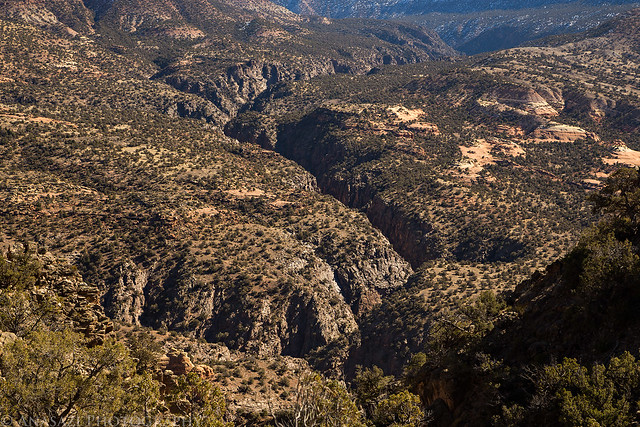 Almost back to the trailhead, I had a nice view of the West Elks to the east. 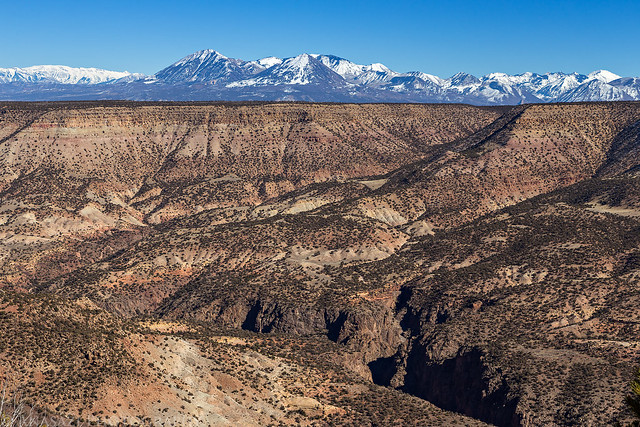 Even with the 1,200 feet of elevation gain on the way back out the trail wasn’t too difficult or strenuous. The trail was a pretty moderate grade the whole way and there were no very steep sections. I guess that’s why it took over 4 miles of trail to end up less than a mile away from the trailhead! This was a nice hike to help me start getting back into shape for climbing mountains again this year and the weather was absolutely beautiful out. It was a great way to spend half a day.