Momentary light on the cliffs above the trail. 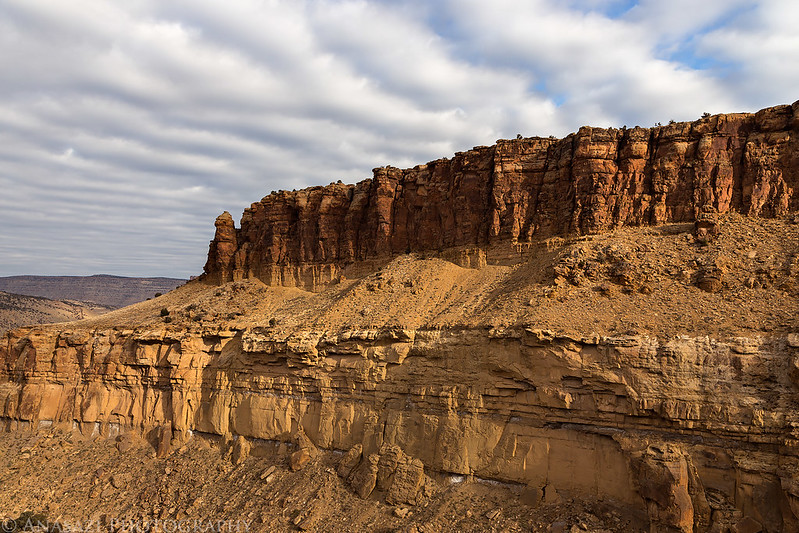 Since the main climb to the top of the Palisade Rim is north-facing, there were some patches of snow we had to cross. The clouds above were pretty cool this morning, too. 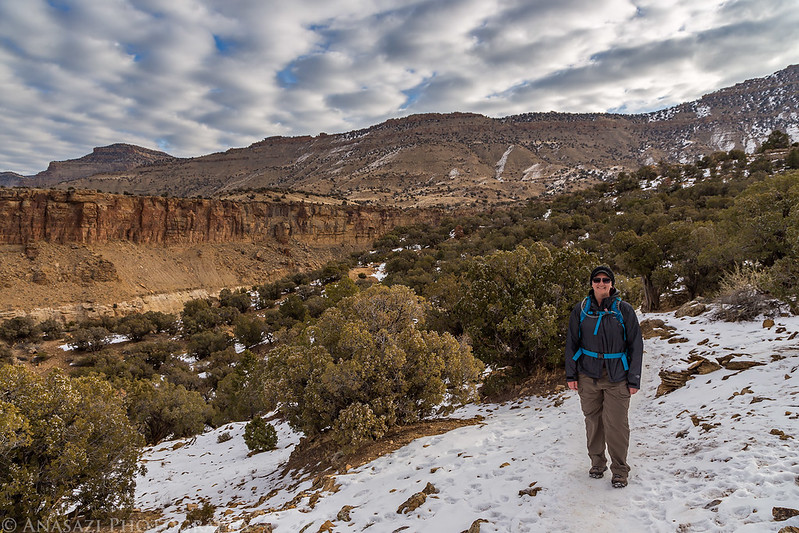 Spotlight on the Little Book Cliffs and a view across the Grand Valley. 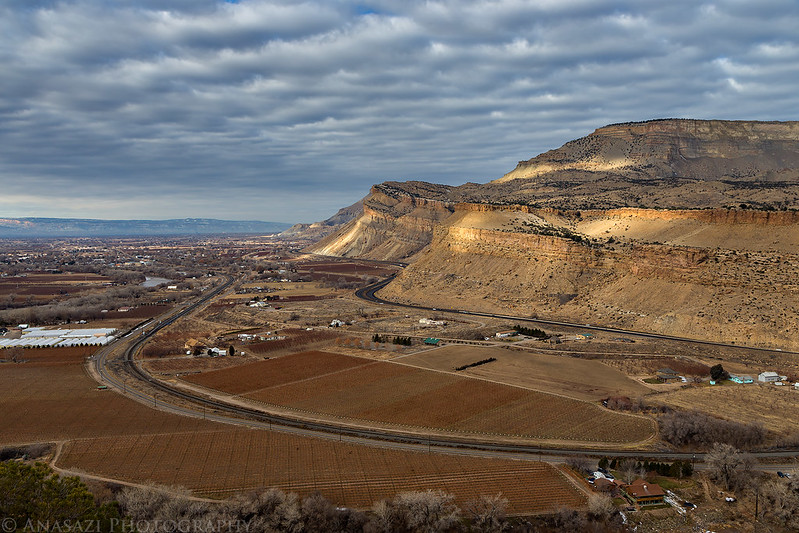 Looking up the Colorado River towards Cameo. 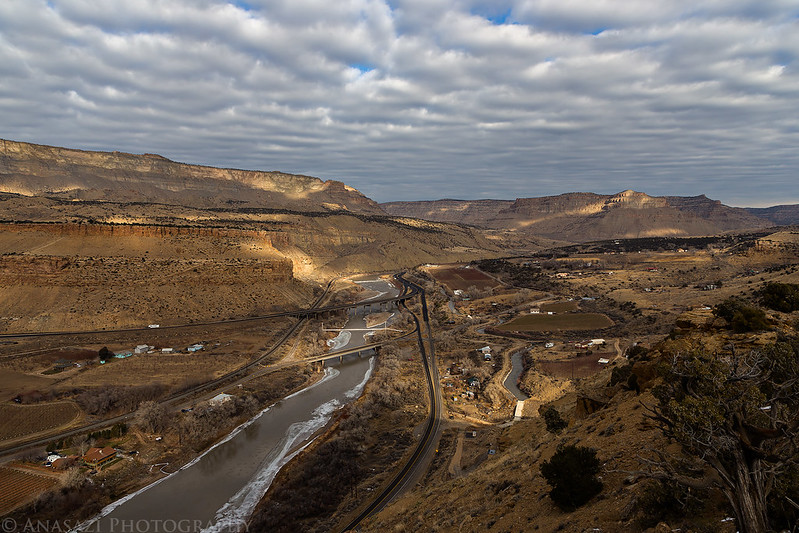 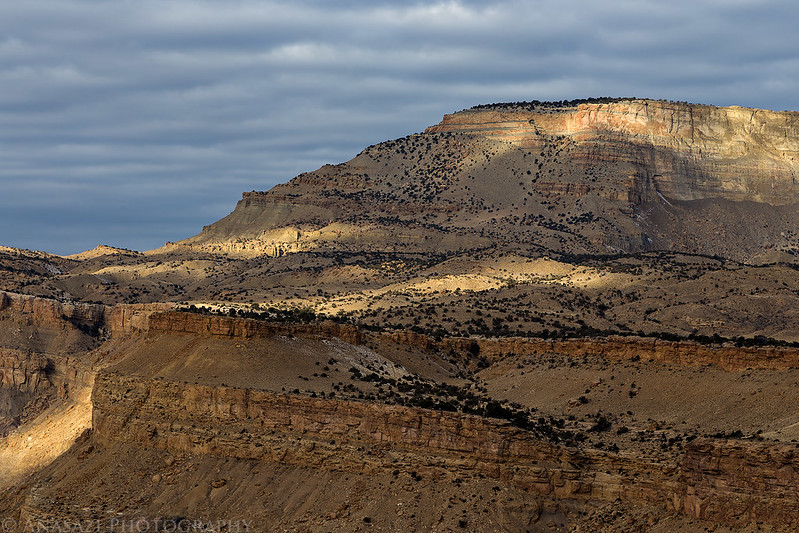 I-70 at the base of the Little Book Cliffs. 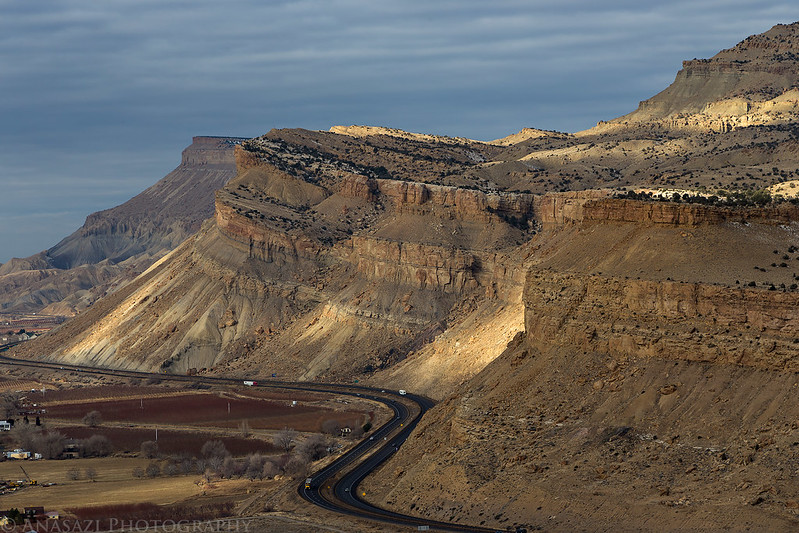 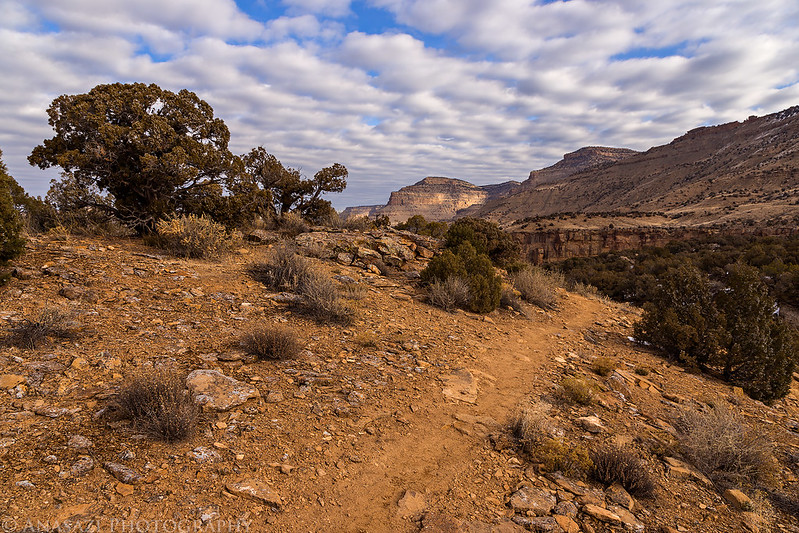 More snow on the trail. 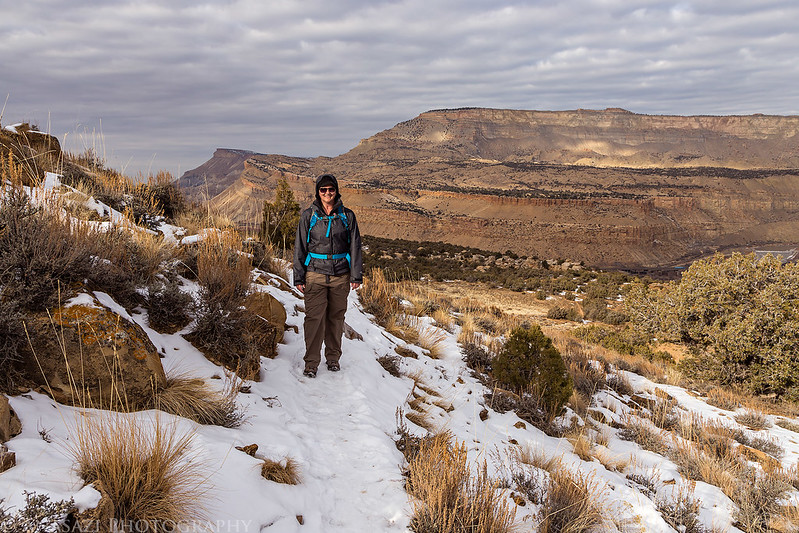 We made sure to stop and visit the Ute Petroglyphs while we were up here. 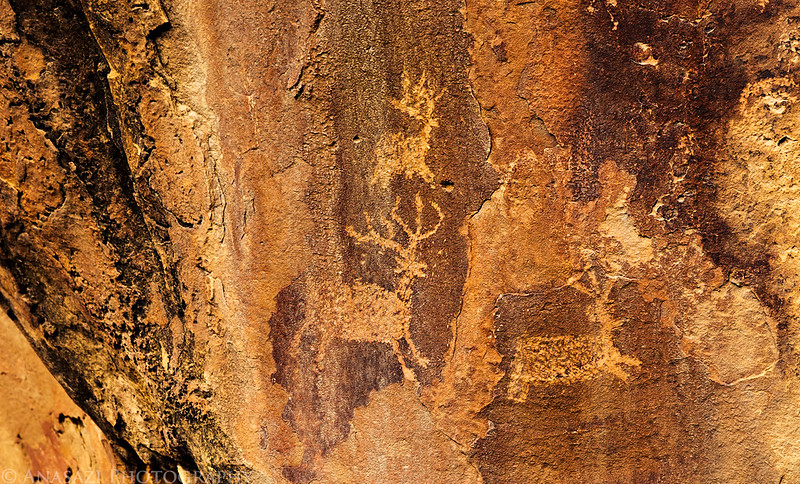 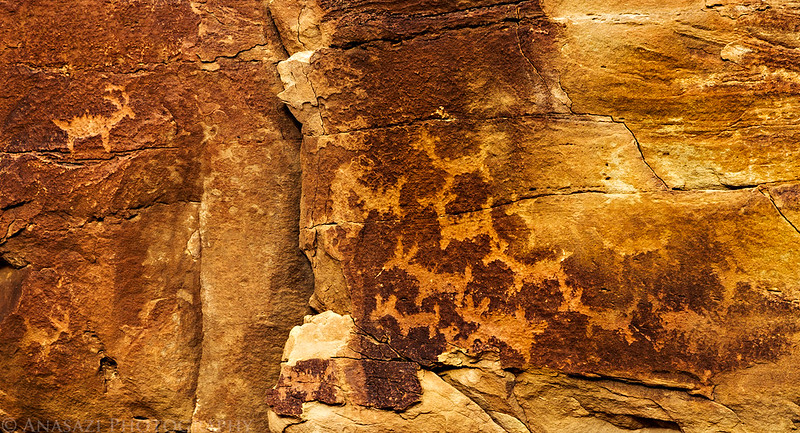 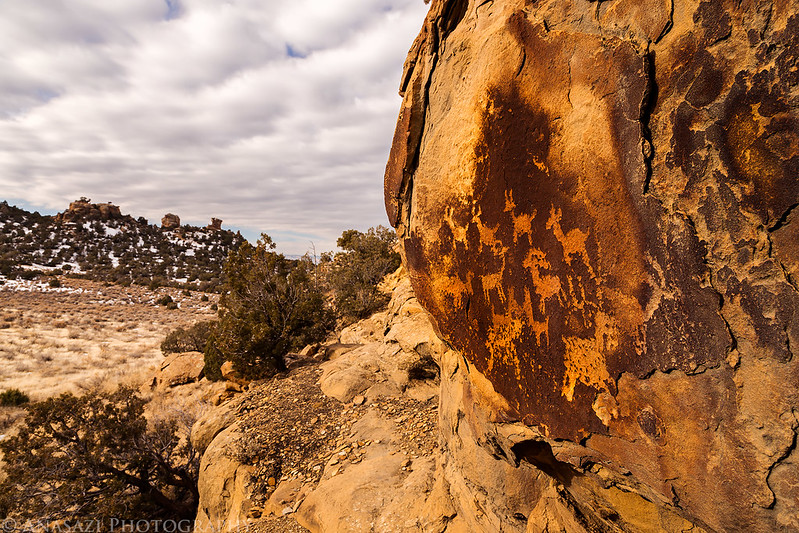 Completing the loop and hiking back down along the rim. 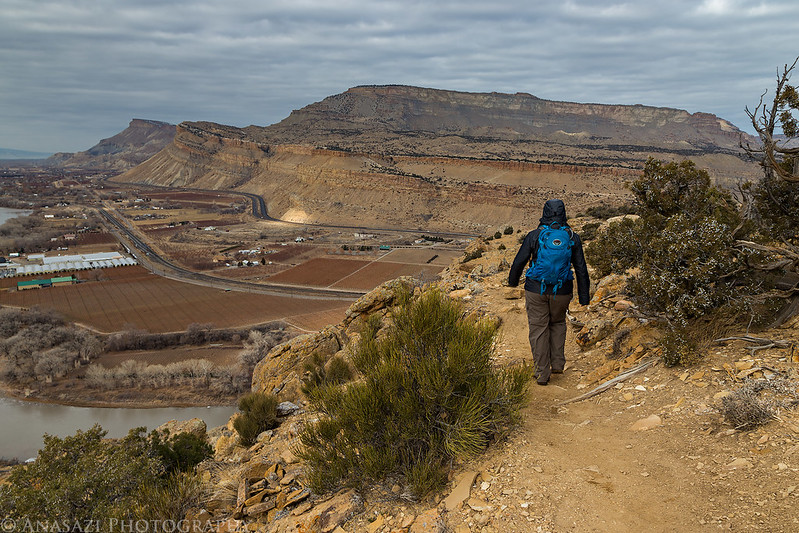 Since this trail has been rerouted in the past few years and I haven’t found much information about it online since then, I have included the map below of my track on the new route. You can also download a KML file of my track from the map. This is just the lower loop as there is also an upper loop that we didn’t hike this time.