Sandstone scenery as I climbed up to the short pass while searching for a route into Toms Canyon. 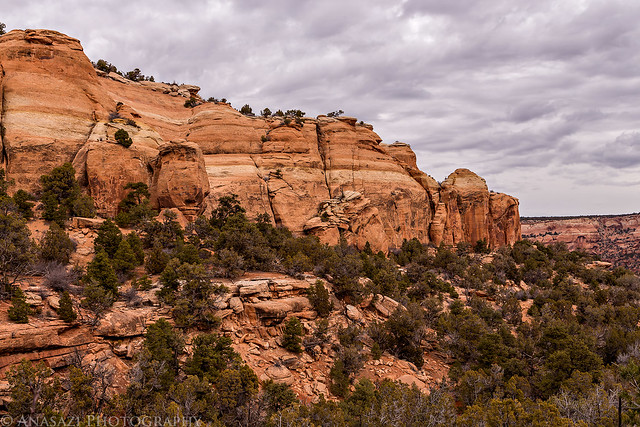 After hiking down Toms Canyon for a little bit, I eventually reached the confluence with the Little Dolores River. I followed another game trail down the steep cut bank and crossed the shallow water to reach the canyon wall on the other side. I hiked along the sheer cliff from one property boundary to the other keeping an eye out for any signs of rock art. It was a little difficult in spots where small washes prevented me from following the wall and I had to find ways around, which included following very steep game trails down to the river again and bushwhacking my way to the other side where I would have to climb up the steep bank again. I ended up doing a lot of climbing on this hike.

View towards the mouth of Toms Canyon over the Little Dolores River. 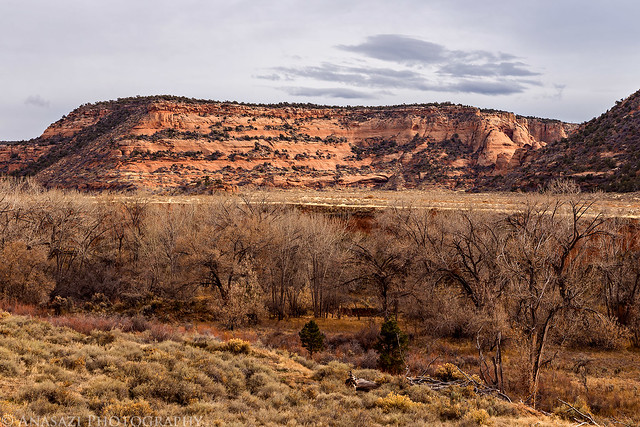 At one point, as I was hiking along the canyon wall, I heard a sound below me and saw a group of four large bull elk. I quickly took this photo of three of them right before they took off.

I feel that I thoroughly searched the canyon walls for rock art between the parcels of private property, but unfortunately I came up empty handed this time. Even though I didn’t find what I was looking for, it was still a very nice hike in an area not many people venture to, and I didn’t see another person all day. With all the route-finding, my GPS recorded the entire hike as about 9.5 miles round trip.

Sandstone formation along the canyon wall I was searching. 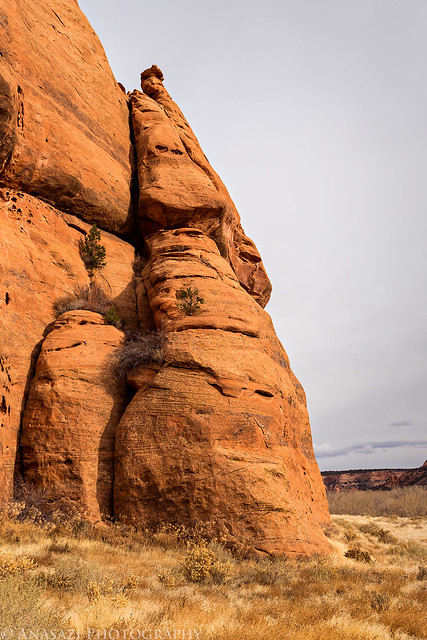 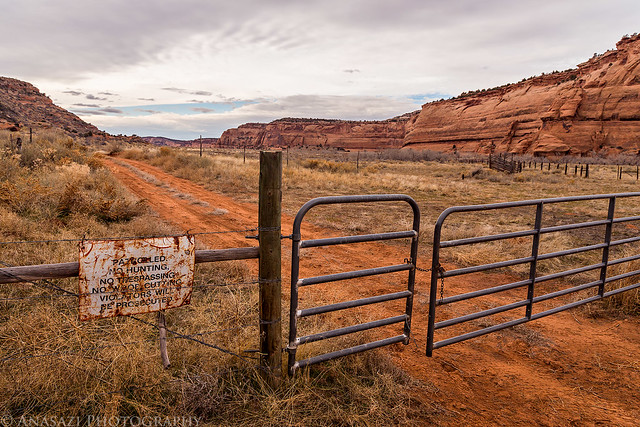 Following the cow trail back up Toms Canyon. 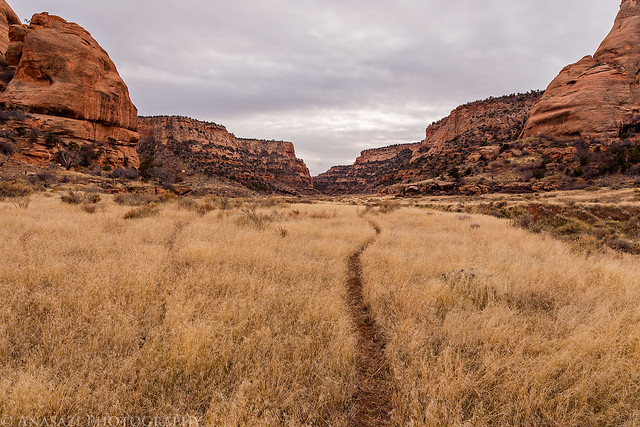 As I climbed back out of Toms Canyon to the pass, I took this photo looking down on the route I had used. The overcast skies also were finally starting to clear a little. 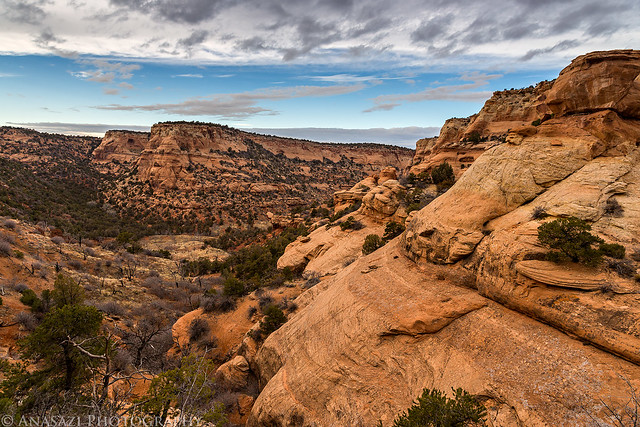 As I was driving back home after the hike, the sky continued to clear a little in the west and I could tell there might be a nice sunset this evening. I stopped for a few quick photos as I drove back across Glade Park.

When I returned to Ds Road, I stopped for a quick photo of Frying Pan Arch that is visible from the road. 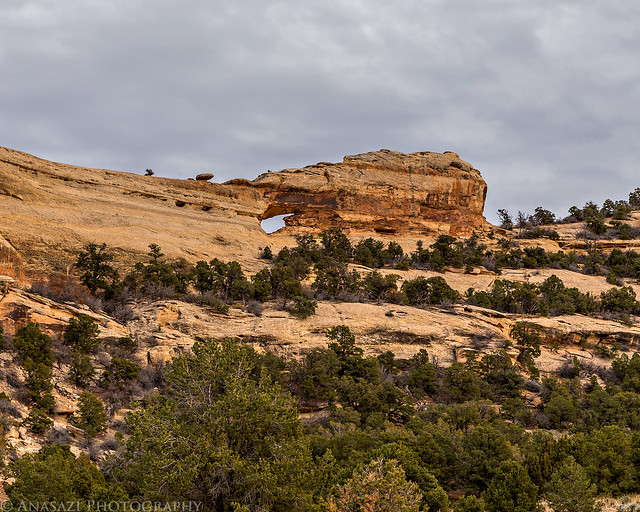 I spotted this lone tree in a shallow alcove just as the evening sun came out. 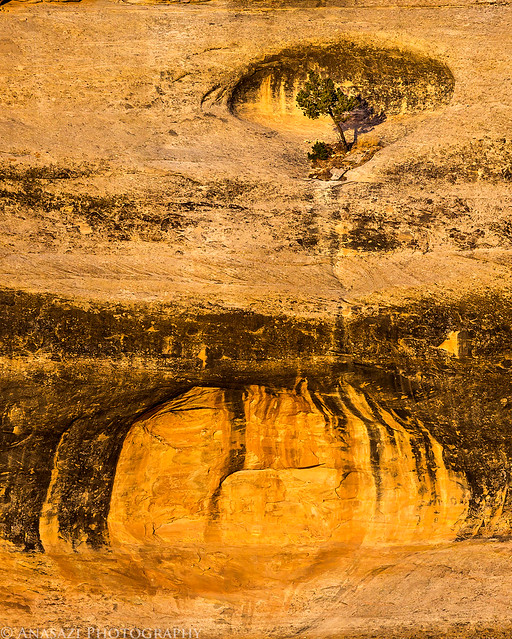 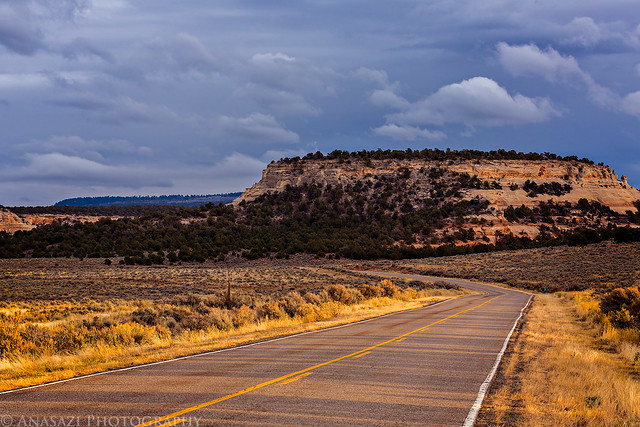 Nice light on the sandstone around me as the clouds cleared. 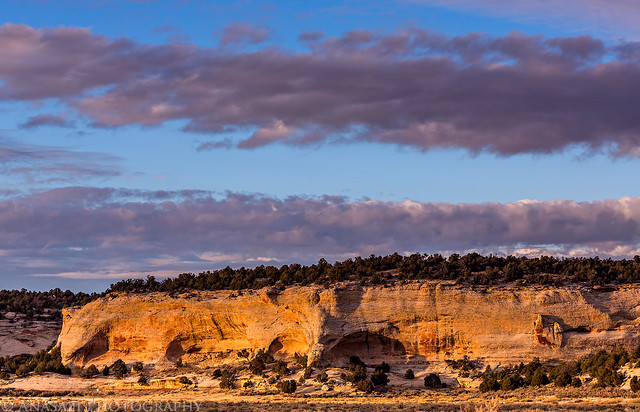 With the possibility of a nice sunset, I hurried back to the Colorado National Monument so I could try and get some photos. I managed to get a few shots off over Columbus Canyon and Red Canyon before the light was gone. It was a pretty spectacular sunset with nice light and a great way to end the day!

Entering the Colorado National Monument with the Book Cliffs lit up in front of me. 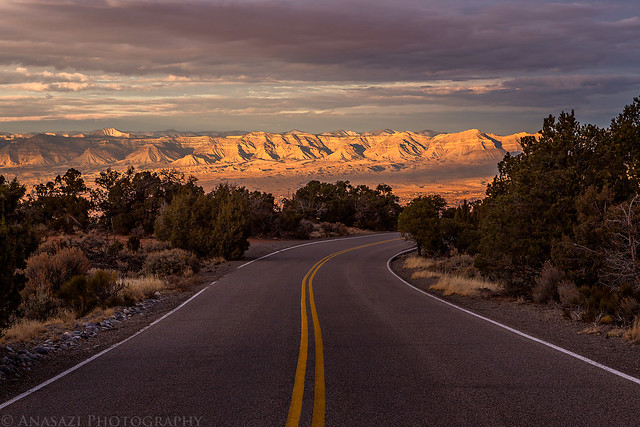 Beautiful clouds over Columbus Canyon with nice light on the Book Cliffs in the distance. 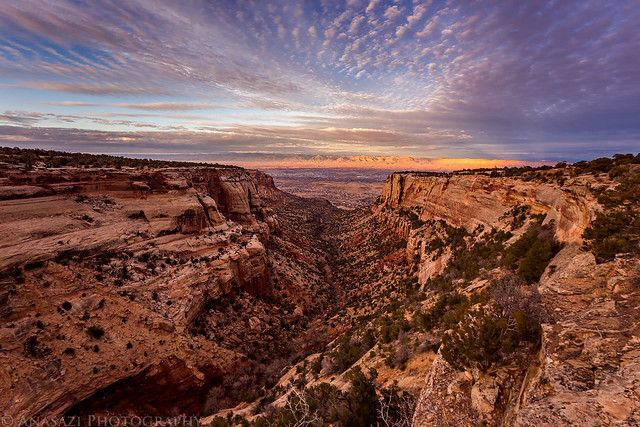 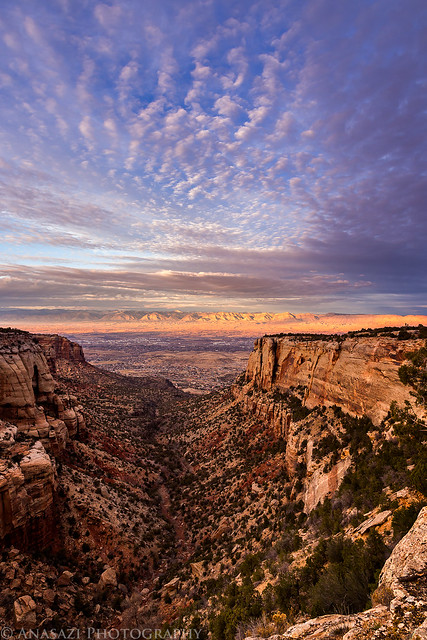 A few shots over Red Canyon before the light was gone and I was on my way back home again. 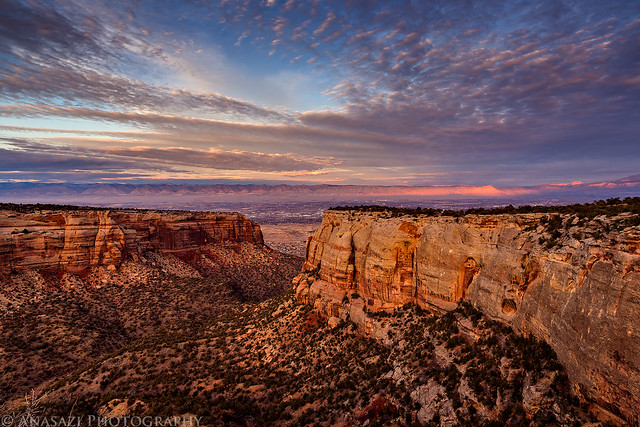 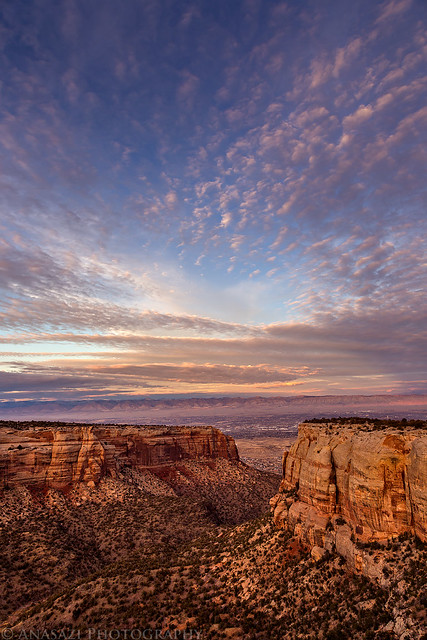 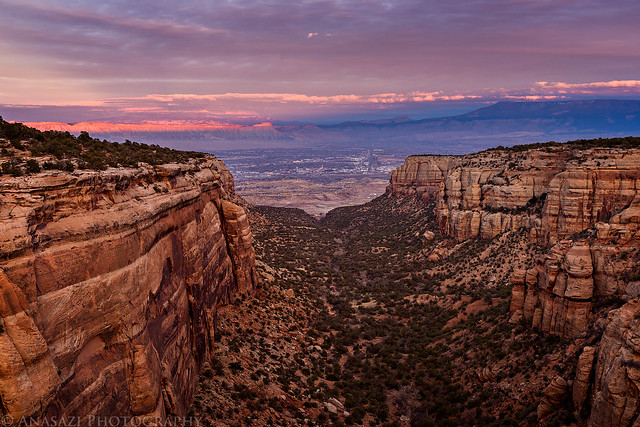 >> Toms Canyon to the Little Dolores