After hiking up the Fruita Dugway just over a week ago and being treated to some nice views down into Kodels Canyon for part of the way, I decided that I wanted to check out that canyon soon. I wasn’t expecting much on this short hike after work, but there were a lot of great sights in this short canyon at the very western edge of the Colorado National Monument. My understanding is that this canyon is named after an old prospector who had a cabin near the mouth of the canyon. He apparently dug the mine that is located up the canyon a short way and worked the claim for at least 30 years until around 1930.

Juniper skeleton in silhouette against the cliffs. 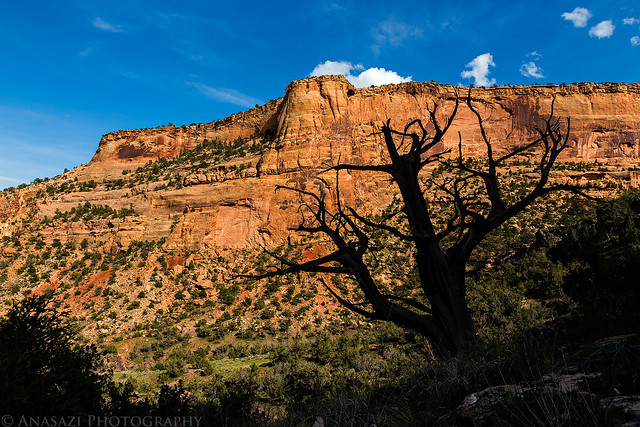 The trail climbs to the upper canyon. 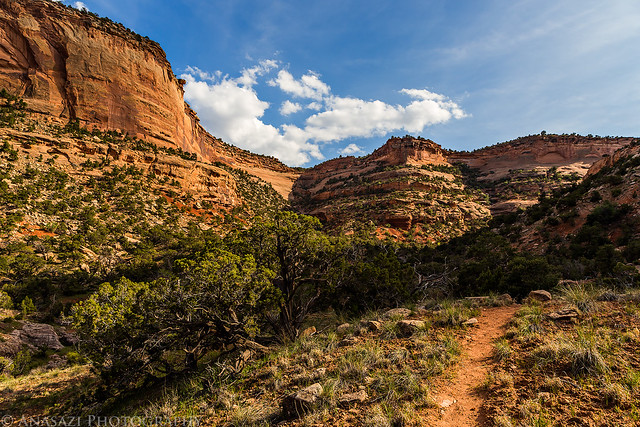 This rock and tree in the wash caught my eye as I hiked by. 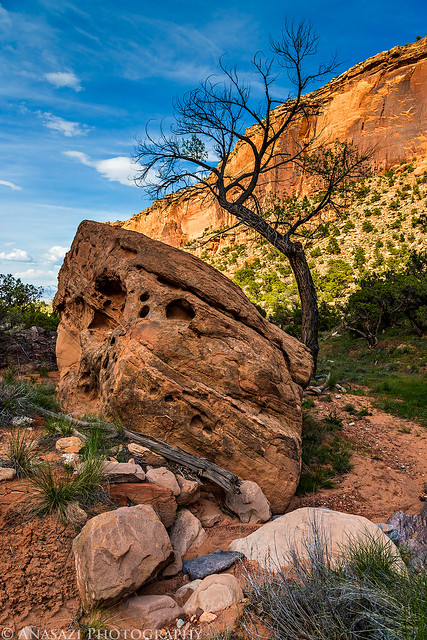 I saw plenty of wildflowers on this hike, including this group which was growing out of a small crack on top of a large boulder. 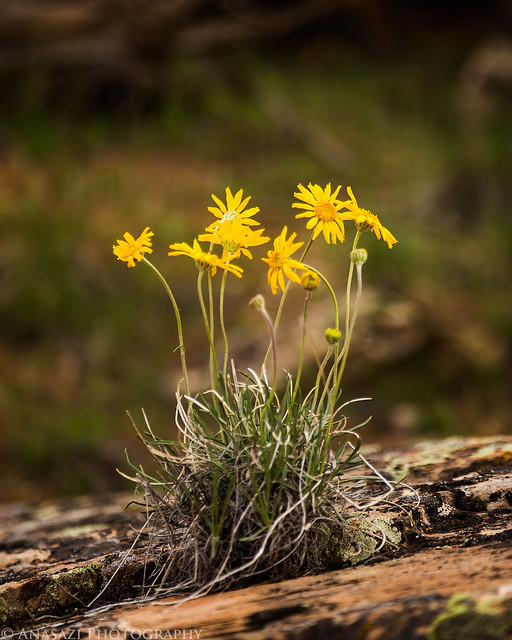 The view back down the canyon with Fruita and the Book Cliffs in the distance. 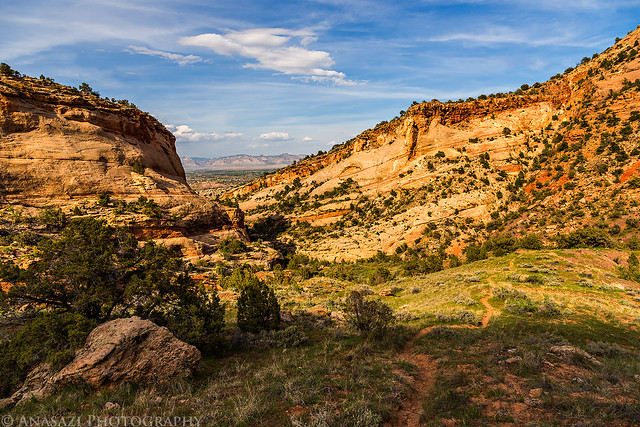 The old mine shaft, gated off by the Park Service. 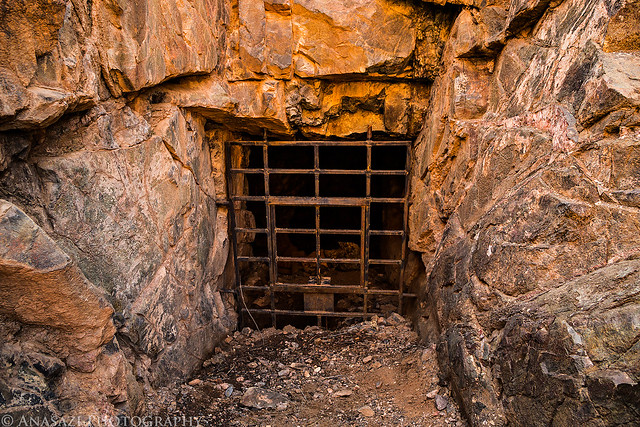 Just past the mine the short canyon in the Precambrian rock ended here below a dry waterfall. 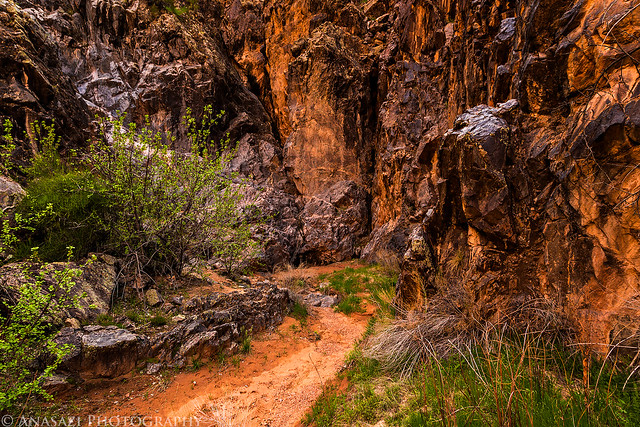 A view past the sandstone canyon walls towards Fruita. 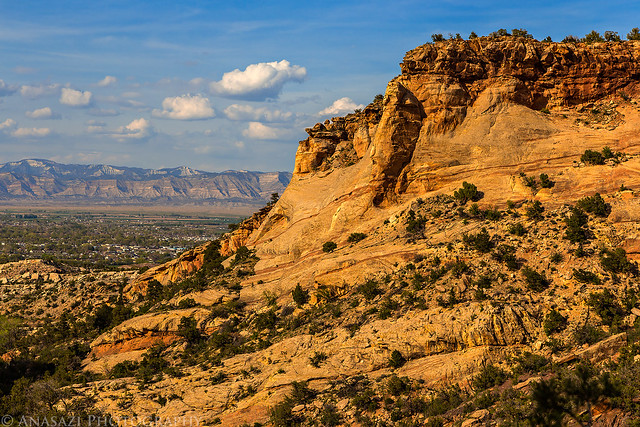 Leaving the Colorado National Monument on my way back to the trailhead. 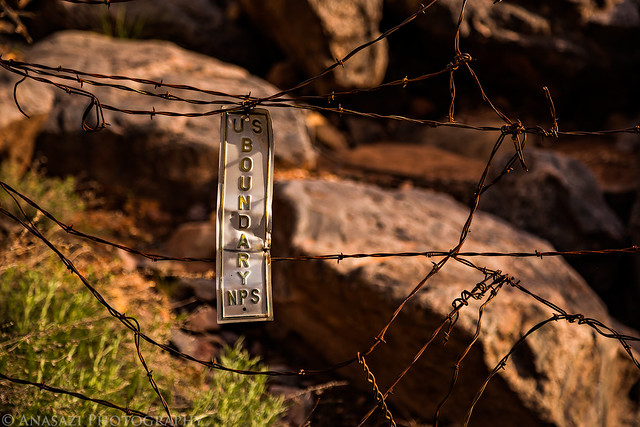 I saw a lot of Indian Paintbrush along the wash. 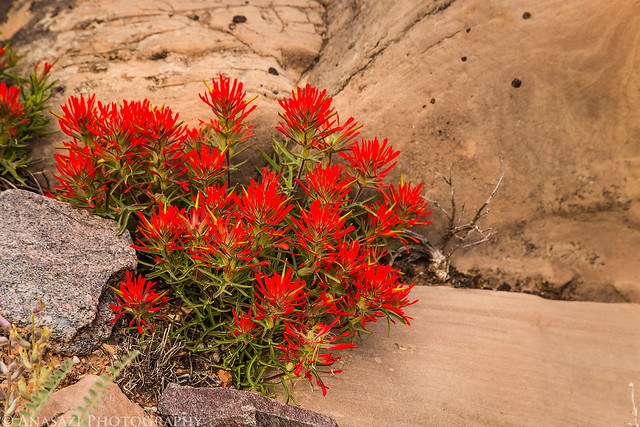 Cottonwood trees in the mouth of the canyon. 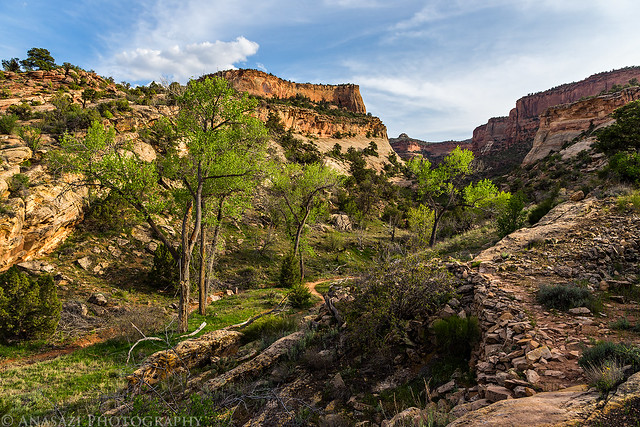 This canyon was a nice place to spend a few hours after work.